Our B-town celebs and their 'rakhi' brothers are proof that being 'bhai-behen' is a bond made out of love, warmth, care and protection. Check out the list inside!

Raksha Bandhan is the day to celebrate the most real bond of your life, i.e., the sibling bond. Your brother might be the most annoying person in your life, but you know you cannot function without him. He is the one, who will call you moti and yet get you so cheesy pizza home. He is the one, who will irritate you yet protect you from every unwanted creature in your life. Brothers are a whole package and thus it gets hard when you have to drift apart from them. However, a sibling bond is not only made out of blood, but also out of love and warmth you get. 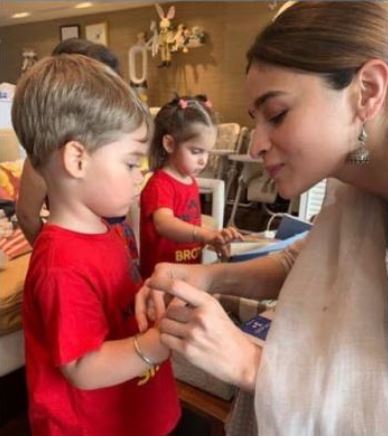 It was in 2018, on the occasion of Raksha Bandhan that Alia Bhatt had tied a rakhi on the wrist of her mentor and father alike Karan Johar’s son, Yash Johar. Ever since, Karan Johar had become a father of his two kids, Yash and Roohi via surrogacy, Alia has been acting like an elder sibling to them. She had made her sister-brother relationship official by tying a sacred thread of rakhi on her little brother, Yash’s wrist.

(Also Read: When Adorable Father-Daughter Moments Shared By MS Dhoni And Ziva Took The Internet By A Storm) 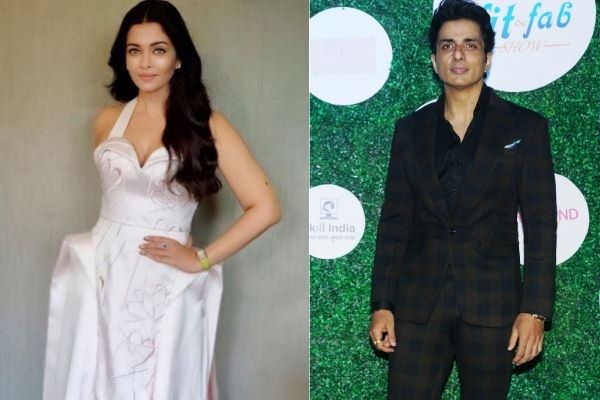 Aishwarya Rai Bachchan and Sonu Sood had worked as siblings in Ashutosh Gowarikar's Jodha Akbar. Since then, Aishwarya has been tying rakhi to Sonu Sood every year. Sonu visits Aishwarya every year on Raksha Bandhan and she ties him a rakhi. Sonu had once in an interview with The Times of India had recalled how Aishwarya was initially reserved in the beginning of the shooting of Jodha Akbar and had opened up later while doing a scene and had told him, “You remind me of my pa!”. He had futher shared that she still calls me bhai sahab. Shweta Rohira is not an actress, but still a well-known name in B-town. The social activist considers superstar, Salman Khan as her rakhi brother. Salman also showers love on her like he does on his own sisters. In fact, Salman was also present at Shweta’s wedding with Pulkit Samrat and had performed all the rituals that a brother does. Later, when Shweta and Pulkit had a fall out, it was reported that Salman was pissed with Pulkit and it took Pulkit long to get in good terms with Salman Khan.

(Also Read: 6 Celeb Stepfathers Who Share A Beautiful And Cordial Relationship With Their Stepchildren) Manish Malhotra is not just an ace fashion designer, but also rakhi brother of Kareena Kapoor Khan. Kareena, who shares a great rapport with Karan Johar, happens to tie rakhi to his best buddy, Manish Malhotra. Kareena has turned muse for her rakhi brother, Manish several times and the most memorable one is, when she had walked down the ramp for Manish with the love of her life, Saif Ali Khan holding hands. 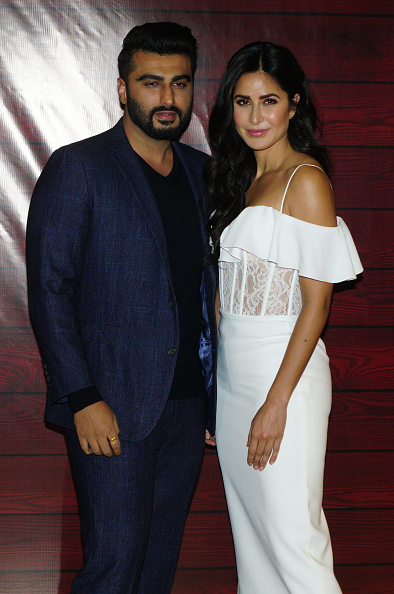 Arjun Kapoor was introduced to Katrina Kaif by Salman Khan and on the chat show, BFFs with Vogue - Season 3, Katrina had recalled the incidence when she had tied rakhi on Arjun Kapoor’s wrist. Recalling the same, she had said, “If I'd have to pick one, I'd pick Arjun because he is my rakhi brother. I tied him a rakhi on the day 'Sheila ki Jawaani' was released and he didn't really like me. 'Arjun, do you want to be my rakhi brother?' He was like 'No!' (and) I was like Arjun you're going to be my rakhi brother." Arjun in an interview with the Hindustan Times was quoted as saying, “But she didn’t follow it up. Katrina always threatens to be my rakhi sister, but I completely deny that.” Talking about denying her to be his rakhi sister, Arjun had concluded, “Because she pressurises me to do it (be her rakhi brother). You should ask her why. She made me do it once, literally, at gunpoint. But we are not a typical brother-sister pair. I am not a protective brother who’s like, ‘Koi dekhega meri bahen ko to thok doonga.’”

(Don't Miss: 16 Bollywood Couples Who Taught Us How To Remain Friends After Breakup Or Divorce) 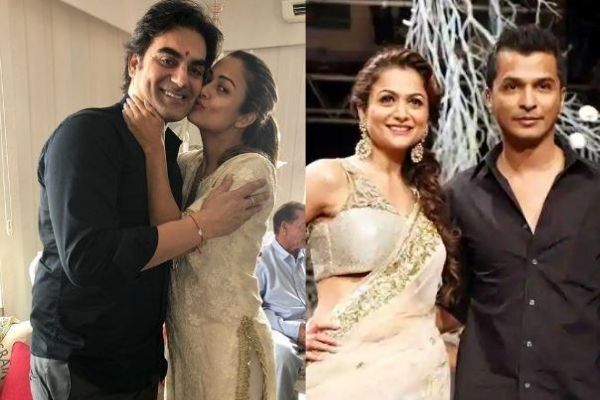 Malaika Arora’s sister, Amrita Arora shares a great rapport with Malla’s ex-husband, Arbaaz Khan. Despite Malaika and Arbaaz’s relationship going kaput, Amrita still shares a great bond with her ex-jiju and ties a rakhi to him every year. Not just with Arbaaz, Amrita has a special bond with Vikram Phadnis as well. A lot of fashion designers are best of friends with many B-town stars, and one of them is Vikram Phadnis. Vikram happens to be a close friend of Amrita Arora and she ties a rakhi to him, making him her rakhi brother. Bipasha Basu doesn’t have any brother to celebrate the occasion of Raksha Bandha, so she had found brothers in three men associated with her life. Bipasha has been tying rakhi to designer, Rocky S, director, Soham Shah and ex-boyfriend, John Abraham’s makeup artist, Venky for years now.

(Recommended Read: 19 Most Controversial Love Affairs That Blossomed Inside The 'Bigg Boss' House) 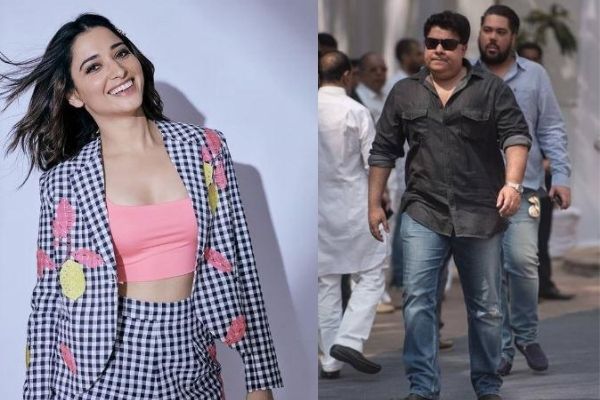 We have seen Tamannah Bhatia work with Sajid Khan in many movies, but little did we know that the two have been bonded with rakhi more than their professional commitments. The two were reported to be dating while filming Humshakals, however, Tamannah had quashed the rumours by announcing that Sajid is her rakhi brother. In an interview with Asianet, Tamannah had said, “Sajid is my brother. I also tie him rakhi.” 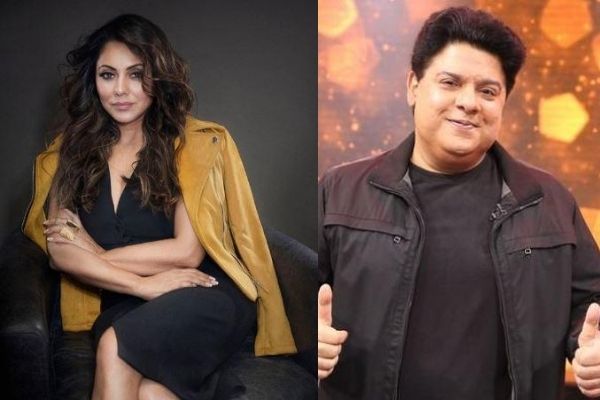 Well, Sajid Khan has Farah Khan as his blood relation sister, but he is rakhi brother to not only Tamannah Bhatia, but also to Shah Rukh Khan’s wife, Gauri Khan. It is a known fact that Shah Rukh Khan and his family have a cordial relationship with Farah Khan and Sajid Khan. In an interview with Bollywood life, Sajid Khan had shared that Gauri Khan ties him rakhi and calls him brother. He had said, “We all are like one family. Gauri ties me rakhi, and calls me brother.”

(Don't Miss: Isha Was Her 'Daadu' Dhirubhai Ambani's Favourite, There's One Thing He Would Never Forget For Her) 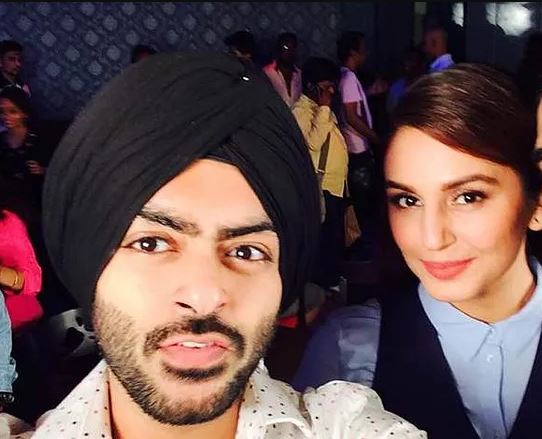 Huma Qureshi has a blood bond with Saqib Saleem, but sometimes, it is the vibe and love you get from others that make you want them to be a part of your life. In an interview with the Free Press Journal, Karan Singh Chhabra had admitted that Huma and Saqib had once visited his show to promote their movie and there only, Huma had turned into his rakhi sister. He had said, “At first, I bonded with Saqib and eventually he became my brother. After Huma heard about our bond, even she wanted to join in as my sister as she loves to get gifts during Raksha Bandhan.” He had further added, “Having someone as sweet and cool like Huma Qureshi as my rakhi sister is just perfect.” 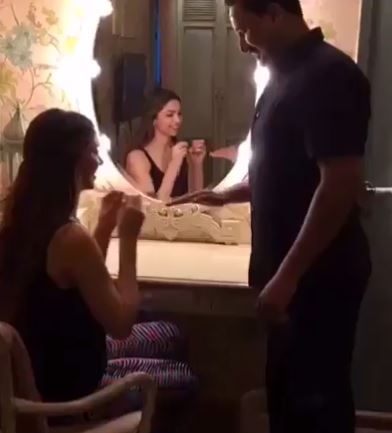 Deepika Padukone, who doesn’t have any blood brother, made her bodyguard, Jalal her rakhi brother by tying a rakhi on his wrist. And of, course, what better brother than your bodyguard because he cares and protects you exactly like a brother. According to a report in the Hindustan Times, “Jalal is the one who looks after her wherever she goes. He works round the clock. He is her shadow. So, she decided to tie him a rakhi. Deepika thought this was the best day to show him that she understands the efforts he puts into protecting her.”

These celebrities truly prove that a relationship of brother and sister is made out of heart and it is totally okay to tie a rakhi to the person, who makes you feel loved.