Here is a curated list of South Indian actors who got hitched to the daughters of rich businessmen. Some of their wives are also highly established and have made their own names. Check out!

The South Indian film industry is blooming day by day with the release of one after the other hit movies. And the actors and actresses are catering to worldwide recognition for the same with every passing day. Moreover, each celebrity enjoys a massive fanbase, and every glimpse of them on their respective social media handles takes no time to get viral.

However, though the stars' professional lives are all out in the media, we hardly know about their personal lives. Undoubtedly, the celeb's love stories, how they met with their partners, how the duo fell in love, and many more never miss a chance to excite the netizens. Thus, here is a curated list of South Indian actors who found their love and got hitched to the daughters of wealthy businessmen. Not only that, some of the star wives are also highly established and have made their own names. So, without much ado, let's get into it.

Ram Charan Shares A Love-Filled Picture With Wife, Upasana, From Their Snowy Vacation In Finland

Ram Charan's Wife, Upasana Wishes Mom-In-Law On B'day, Calls Her 'The Core' Of Their Married Life

Recommended Read: Subhashree Ganguly-Raj Chakraborty's Love Saga: From Their Past Link-Ups To Happily Ever After 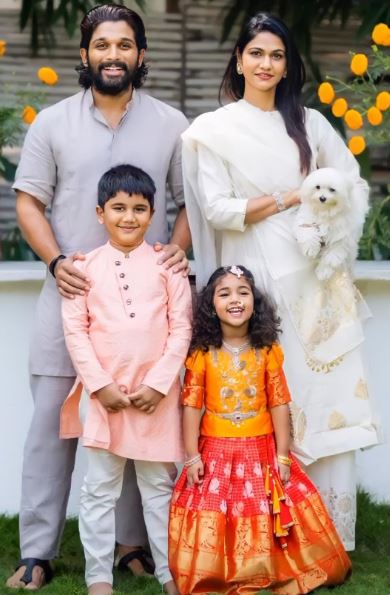 One of the most popular actors in the South Indian film industry, Allu Arjun tied the knot with the love of his life, Sneha Reddy on March 6, 2011. The madly-in-love couple is blessed with a son, Ally Ayan and a daughter, Allu Arha. Coming to their wedding, as per reports, it was no less than a magnificent affair, held at Hitex Grounds in Madhapur and had managed to bring the city of Hyderabad to a standstill. Why not? It was the Chairman of the Scient Institute of Technology in Telangana and prominent Telangana educationist, Kanchrla Chandrashekhar Reddy's daughter, Sneha's wedding with the Tollywood star, Allu. As per reports, the total amount spent on the wedding was about Rs. 90-100 crores, along with their wedding invites costing Rs. 100 each and Sneha’s engagement ceremony's saree was worth Rs. 1 lakh. 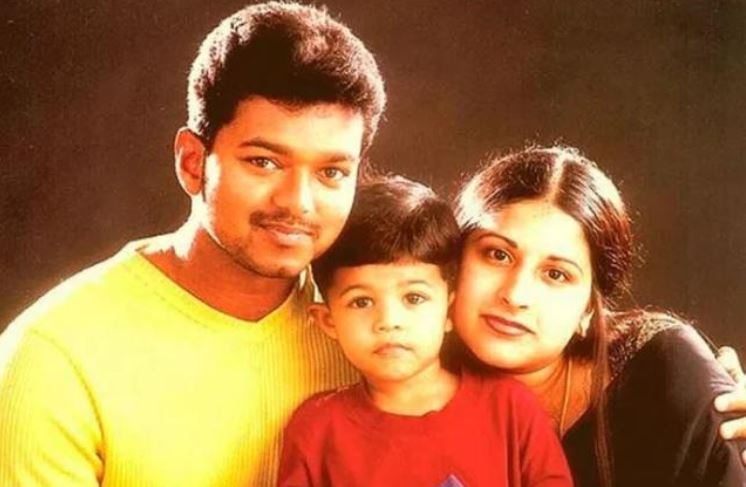 South Indian superstar, Thalapathy Vijay's love story with his wife, Sangeeta Sornalingam was no less than a filmy one. The daughter of a Sri Lankan Tamil industrialist, Sangeeta was a fan of Vijay. Though her family was settled in the UK, she couldn't stop herself from praising the actor after watching his film, Poove Unakkaga, which was released in the year 1996. 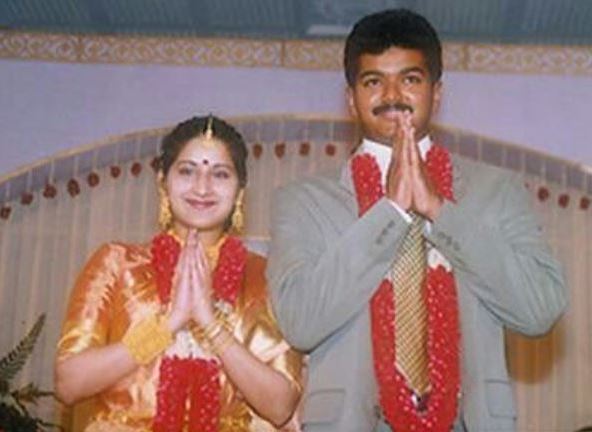 Afterwards, the super impressed fan flew to India to greet him personally. They met at a shooting set, and the duo felt a spark immediately. Gradually, their friendship turned into love, and they tied the knot on 25 August 1999. They are blessed with two kids, Jason Sanjay and Divya Saasha. Sangeeta is also an Industrialist by profession.

Also Read: When Mani Ratnam's Wife, Suhasini Called Him A 'Chronic Romantic' In Her Ground-Breaking Interview The Baahubali star, Rana Daggubati and his ladylove, Miheeka Bajaj exchanged wedding vows on August 8, 2020, in a traditional ceremony at Ramanaidu Studios in Hyderabad. Their wedding was no less than a gala one. For the unversed, Miheeka's mother is a businessman and reportedly the director and creative head of a brand named Krsala Jewels. Moreover, the star wife is also an interior designer by profession. 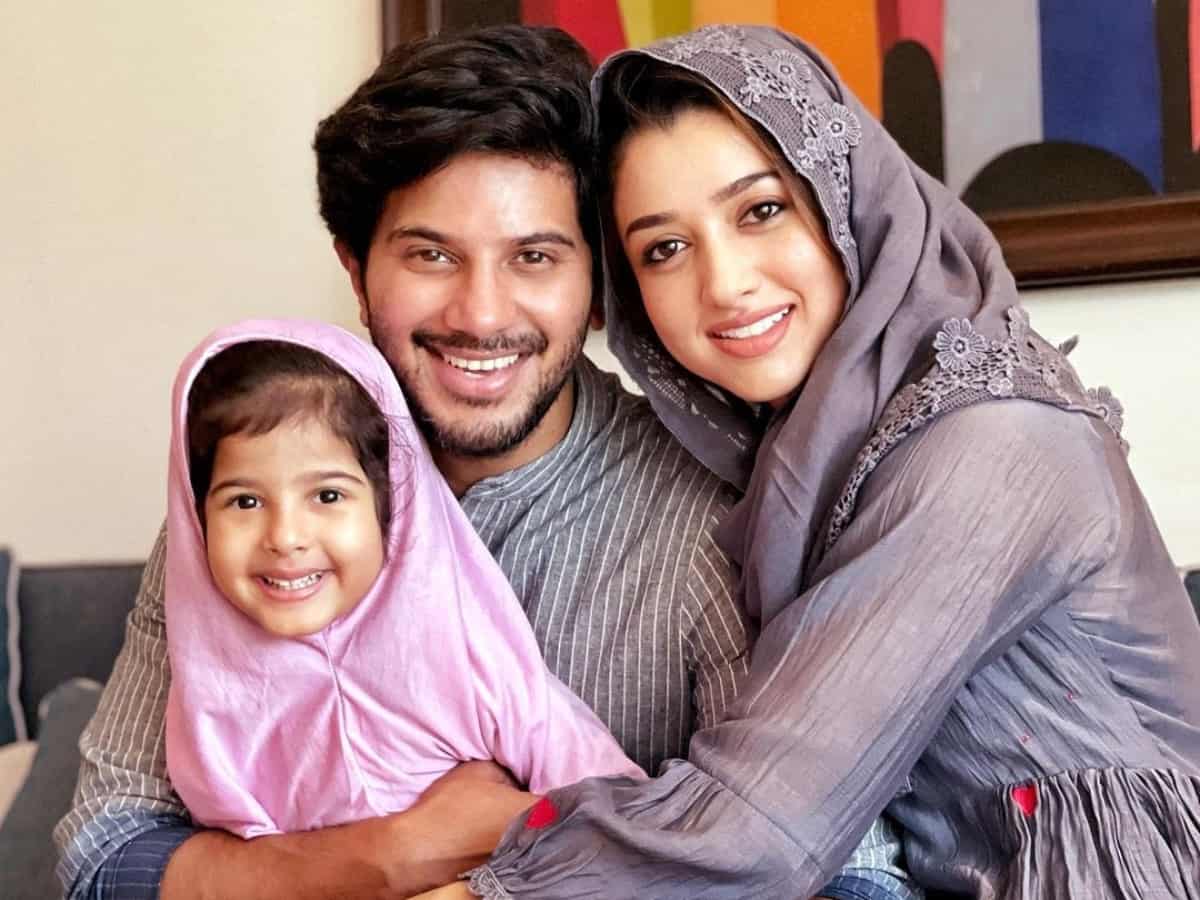 Prominent South Indian actor, Dulquer Salmaan is the son of Mollywood’s superstar, Muhammad Kutty Ismail Paniparambil, aka Mammootty and his wife, Sulfath. Dulquer has followed in his father's footsteps, and without taking any further help from the latter, the young actor has made a name for himself. 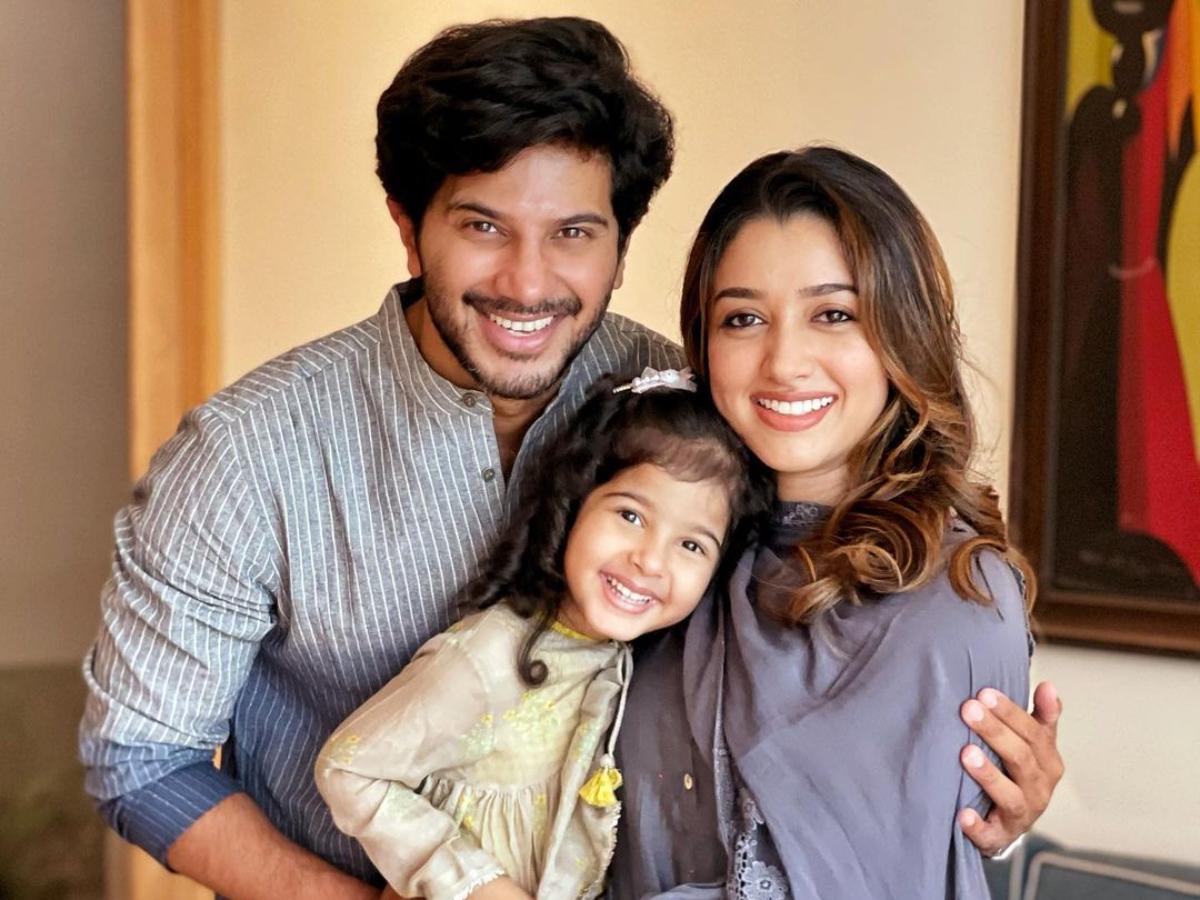 He tied the knot with the love of his life, Amal in December 2011. The couple was blessed with their first child, a daughter, Maryam Ameerah Salmaan in 2017. Coming to Amal's personal life, she is the daughter of a well-known businessman, Syed Nizamuddin in Chennai and is an interior designer professionally. 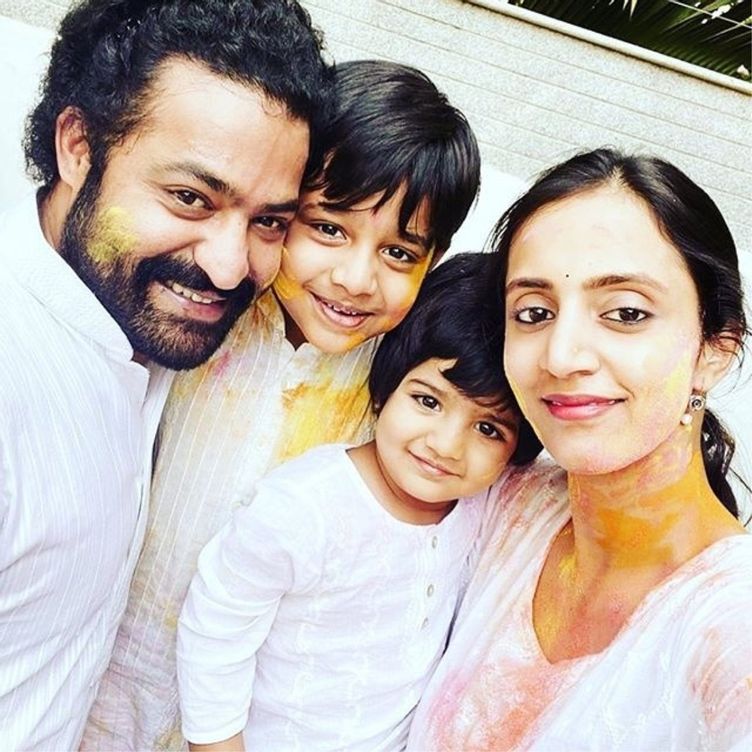 South Indian actor, Nandamuri Taraka Rama Rao Junior aka NTR Junior is married to his ladylove, Lakshmi Pranathi. The duo's wedding ceremony on May 5, 2011, is also counted among some of the most expensive ones. 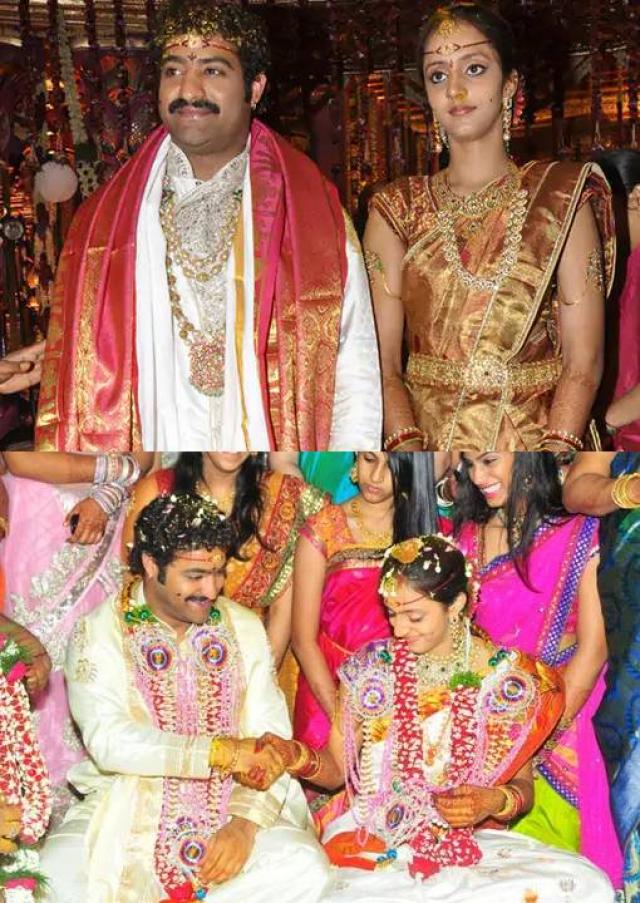 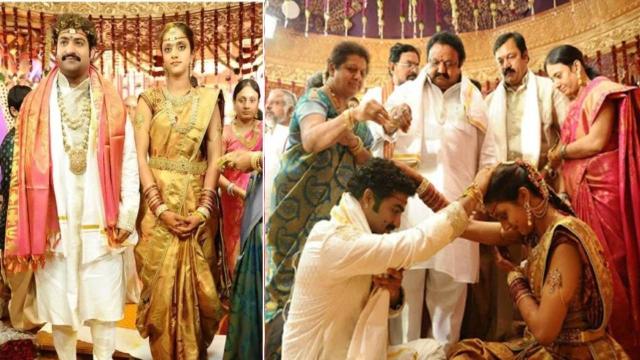 While the actor is the son of former Andra Pradesh Chief Minister, N. T. Rama Rao, Lakshmi is the daughter of a famous businessman, and the owner of a Telugu News channel, Narne Srinivas Rao and her mother is said to be the niece of the politician, Chandrababu Naidu. As per a report in New Indian Express, Lakshmi’s sarees for the ceremony were priced at more than Rs. 1 crore each. In addition, the Kalyana Mandap for the nuptials was set up for a price of Rs. 18 crores and the grand ceremony was estimated to cost Rs. 100 crores. 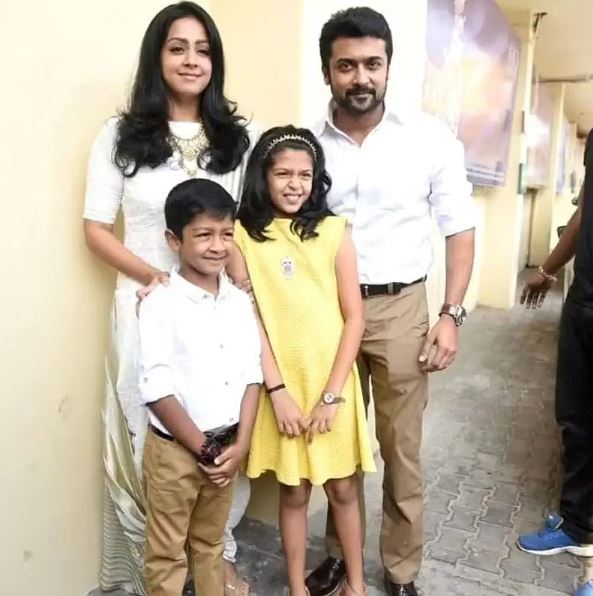 South Indian actor, Surya and Jyothika tied the knot on September 11, 2006, in a gala wedding ceremony. From the super expensive outfits for the bride and her diamond necklace to larger-than-life arrangements for the wedding, everything was worth mentioning. 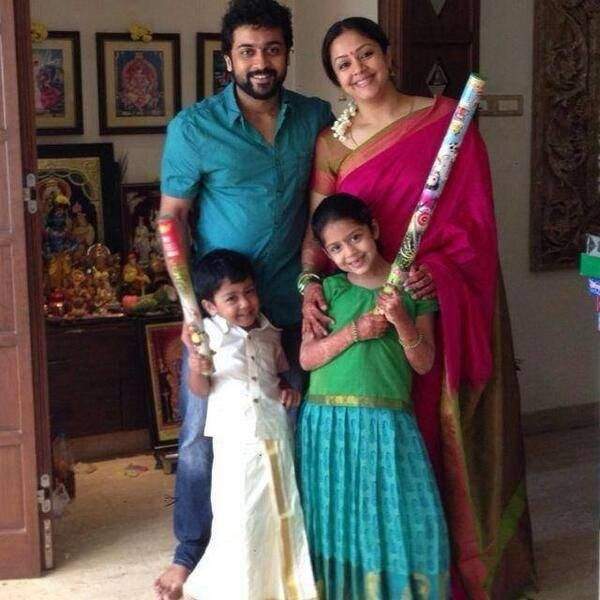 As per reports in DNA, Jyothika's wedding outfit was priced over Rs. 3 lakhs. Not only that, many eminent persons from the South Indian film industry also attended the wedding. It was indeed a star-studded event due to her family's close connection with the world of glam and glitz. Jyothika's father, Chander Sadanah is a film producer, and the prominent south actress, Nagma is her half-sister. 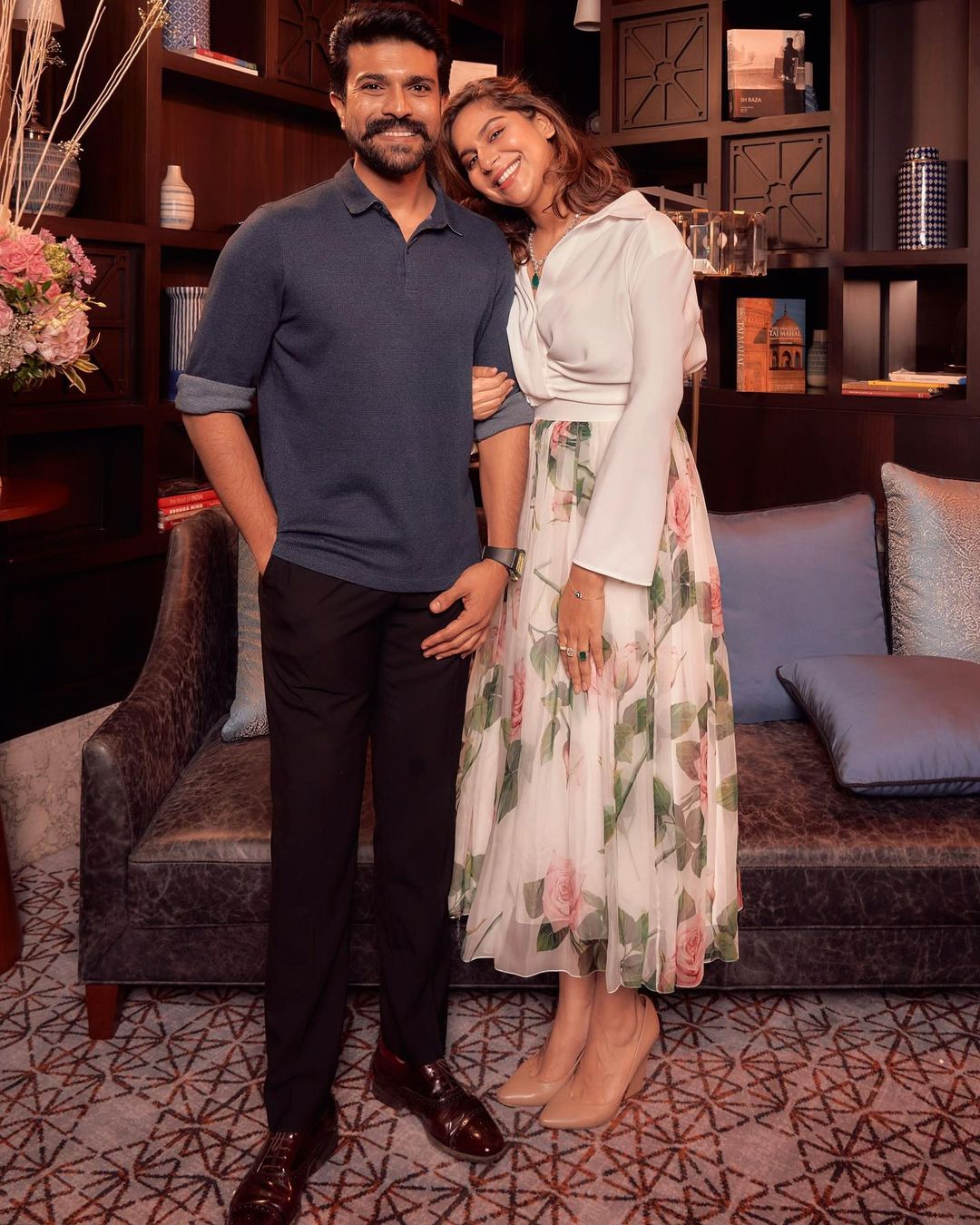 One of the most charming actors in the South Indian film industry, Ram Charan Teja is the son of actor-turned-politician, K. Chiranjeevi. The actor tied the knot with his childhood sweetheart, Upasana Kamineni on June 14, 2012, in a grand ceremony. Their wedding was held at one of the renowned farmhouses in the capital city of Hyderabad, and it gave grandeur a new definition. 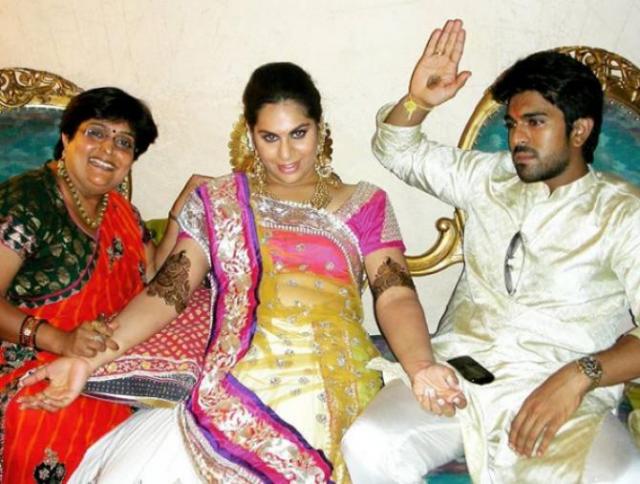 The couple’s wedding invitation card was designed by the then bride's aunt and cost Rs. 1200 each. For the unversed, Upasana is the granddaughter of the founder and chairman of Apollo Hospitals, Pratap C. Reddy and her father, Anil Kamineni is the founder of KEI Group. Moreover, the celeb's wife is also the Vice Chairperson of the Apollo Foundation.

Which couple are you most amazed to know about? Let us know!

Next Read: South Indian Celebrity Couples Who Had Inter-Faith Marriages: From Suriya-Jyothika To Ajith-Shalini

Ram Charan Shares A Love-Filled Picture With Wife, Upasana, From Their Snowy Vacation In Finland

Ram Charan's Wife, Upasana Wishes Mom-In-Law On B'day, Calls Her 'The Core' Of Their Married Life