In India cricket is not just any other game, but rather it is worshipped as a religion. From a very young age, kids are taught the basics of cricket and the first thing they play with is a bat and a ball. Whether a person in India is a fan of cricket or not, they will definitely know something or the other about the 'men in blue' and their equally gorgeous better-halves.

I Think We Are Kind Of Happier Now And We Both Have Security Of Marriage: Hazel Keech

Cricketer Shikhar Dhawan Surprises His Kids In School, Their Reaction Is Just Priceless!

It is said that behind every successful man, there is a woman, who supports him, loves him and inspires him to be the best version of himself. Similarly, behind our Indian cricket team's ace players are the hands of their wives and girlfriends, who understand that their men are on national duty when they are on the field. From Virat Kohli's wife, Anushka Sharma to Mahendra Singh Dhoni's ladylove, Sakshi Dhoni, meet 15 celebrity wives and girlfriends, who always supported their husbands! Geeta Basra and Harbhajan Singh had tied the knot after dating for five years on October 29, 2015, at a Gurudwara in Jalandhar, Punjab. And it was in the year 2016 when they had welcomed their little princess, Hinaya to their world. And now, Harbhajan Singh along with Geeta Basra are all set to welcome another baby to their world. Geeta Basra, who is a former Bollywood actress, often shares glimpses of her second pregnancy. We loved how she is inspiring other mommies with her prenatal yoga. 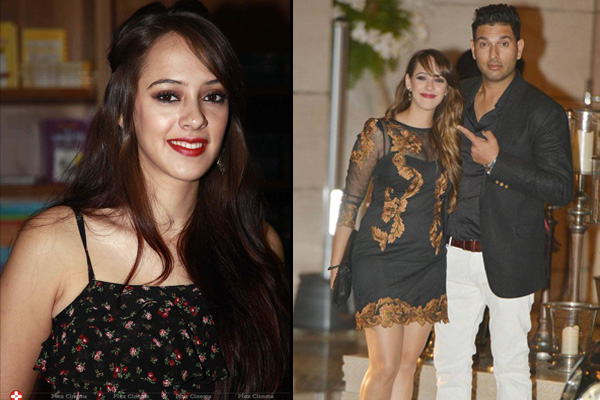 Hazel Keech is a popular Bollywood actress and now wife of dashing Indian cricketer, Yuvraj Singh. The lady, who is known for her exotic looks had already won several hearts with her item song 'Aa Ante Amalapuram'. The ace cricketer and the Bollywood diva had tied the knot on November 30, 2016, in Chandigarh, which was a Gurudwara wedding.

Anjali Arora Opens Up About Her Bond With Munawar Faruqui, Reveals How Her BF, Aakash Had Reacted

Kangana Ranaut Reveals Being Robbed In A European Country, Says, 'The Whole Day I Was Thirsty'

Suresh Raina's Daughter, Gracia's 6th Birthday Party On A Terrace Is Straight Out Of A Disney Film

Nakuul Mehta Reveals He And Jankee Maintain 'No TV, No Cartoon' Rule For Their Son, Sufi Mehta 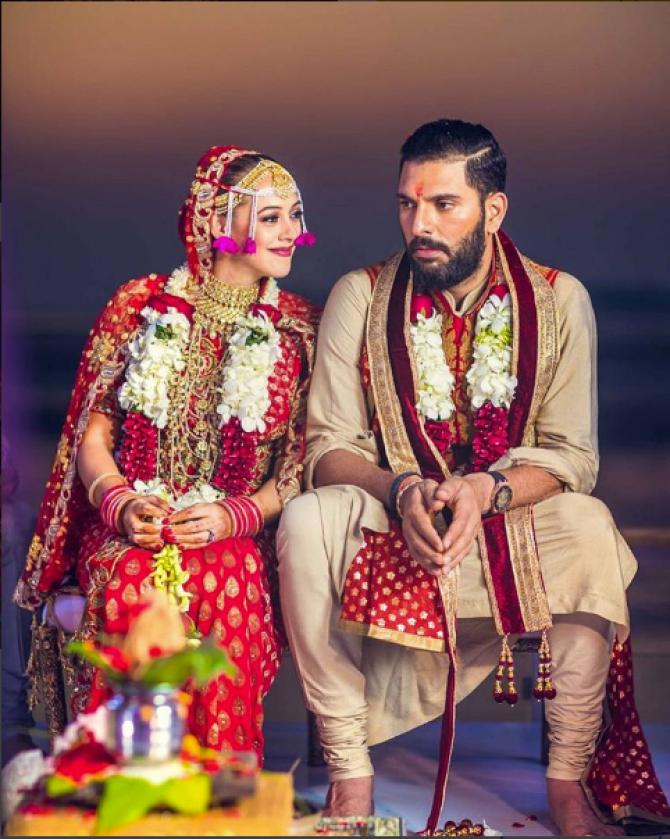 After this, the duo took off to Goa for a Hindu-Bihari wedding ceremony. Finally, the two ended their gala affair in New Delhi, where they held a grand post-wedding sangeet on December 5, 2016, which was then sealed by a lavish wedding reception on December 7, 2016. 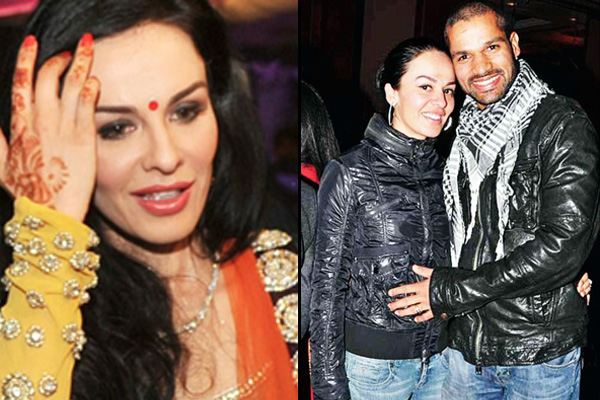 Sakshi Dhoni, the wife of India's captain cool, MS Dhoni, is the cutest star wife. Her stylish wardrobe and funky hairstyle simply enhance her endearing looks. Sakshi and Dhoni had tied the knot on July 4, 2010. She has not only supported MS Dhoni in all his life decisions but also had never given a hoot when Dhoni had decided to continue his world cup tour while she was giving birth to their baby girl, Ziva Singh Dhoni. 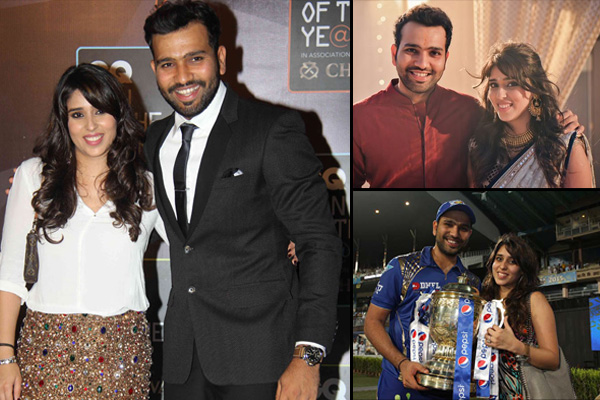 Indian cricketer, Rohit Sharma had completed five years of marital bliss with his ladylove, Ritika Sajdeh on December 13, 2020. The beautiful Ritika Sajdeh was working for Rohit Sharma as his sports manager for 6 years when they both fell in love. This super-chic girl since then has caught the eye of the media with her innocent face and quirky charm. 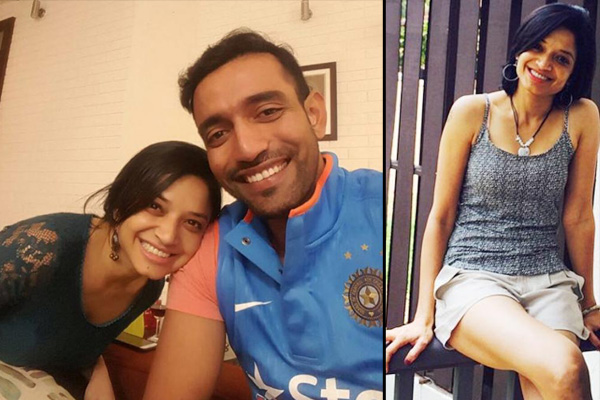 One of the loveliest couples on the block, Robin Uthappa and his wife Sheetal Goutham make one hell of a cool pair. One look at Sheetal and you would fall in love with her cool sense of style. She appears to be quite comfortable in her skin and carries both Indian as well as western outfits with sheer grace. 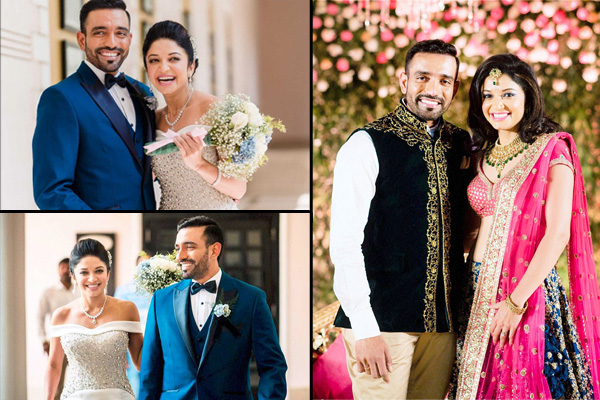 Gautam Gambhir and Natasha Jain Gambhir are childhood sweethearts, and the two had tied the marital knot on October 28, 2011. Unlike her rather shy husband, Mrs Gambhir is believed to be quite outgoing. Her impeccable beauty and graceful style easily won her a place on our list. And, of course, the two make a 'seriously' charming couple. Ravichandran Ashwin had tied the knot with his childhood sweetheart, Prithi Ashwin on November 13, 2011. This beautiful lady makes one hell of a pair with our tall and handsome Ashwin. Though she is not frequently spotted by the media, whenever she makes an appearance, she looks truly stylish. 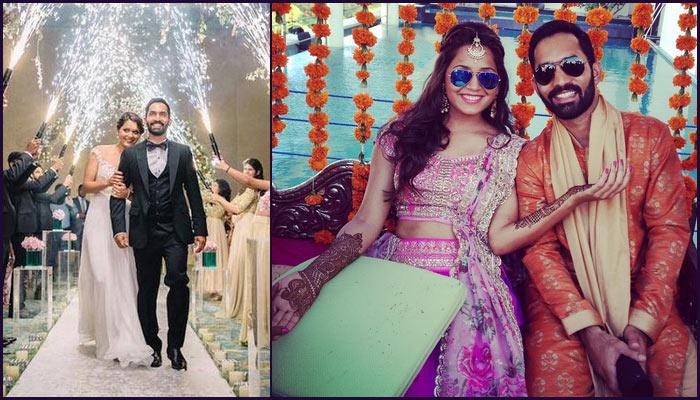 As the cricketer, Dinesh Karthik found his love in a squash player, Dipika Pallikal the nation got a beautiful 'sports couple'. The two had gotten engaged in November 2013, and after two years of togetherness, this couple had gotten married on August 18, 2015. With their great style both on and off the field, they make an uber-cool pair. 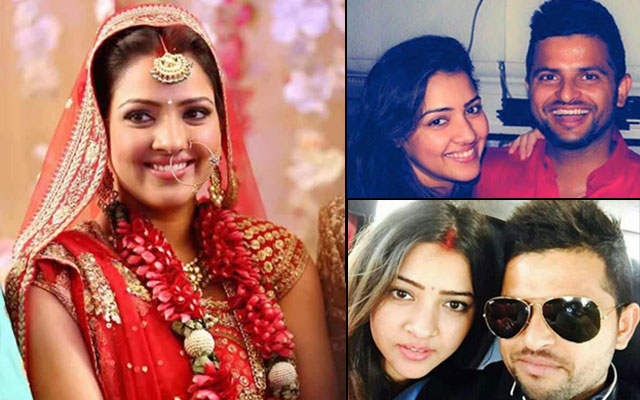 Indian cricketer, Suresh Raina had gotten married to Priyanka Chaudhary on April 3, 2015. While the two were childhood friends, this match was arranged by the efforts of Raina's mother. Priyanka had worked as an IT professional with a bank in the Netherlands before getting married to the cricketer. Well, looking at the gorgeous lady, all we can say is that Raina's mother chose nothing but the best for her son, don't you agree? 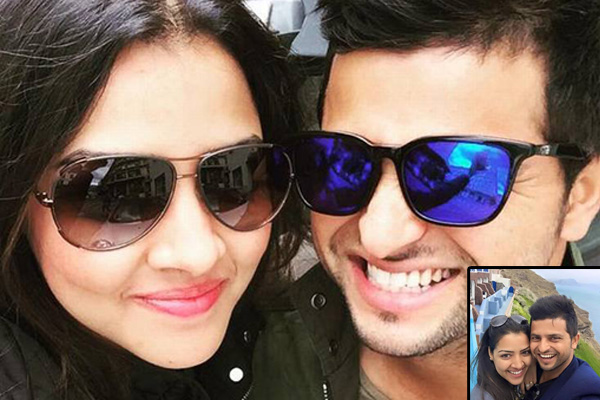 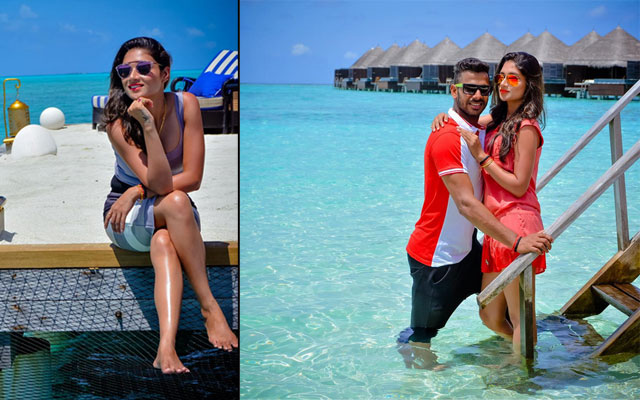 Another Indian cricketer, whose super-glamorous wife can beat any model in a beauty pageant is, Manoj Tiwary. He had married his girlfriend, Sushmita Roy, on July 18, 2013, after dating for seven years. The two had met each other through a common friend and it was love at first sight for the cricketer. Apart from her good looks, it is the cute and good-natured personality of Sushmita that Manoj likes the most. Usmesh Yadav's wife, Tania Wadhwa is one of the most glamorous and fashionable cricketer wives. The couple had kickstarted their happily ever after on May 29, 2013. Her fashion sense is so amazing that it can make any lead actress or top model go green with envy. And hold on guys! To let you all know, she is a fashion designer by profession. 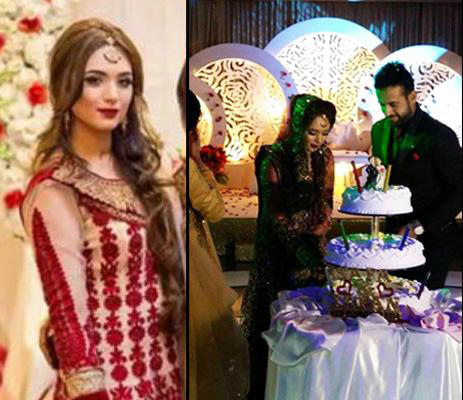 Talking about Irfan Pathan and Safa Baig's love story, the duo had happened to cross paths at a social gathering and despite the fact that Safa is 10-years-younger than Irfan, they had fallen in love with each other. After two years of dating each other, the couple had tied the knot on February 4, 2016. 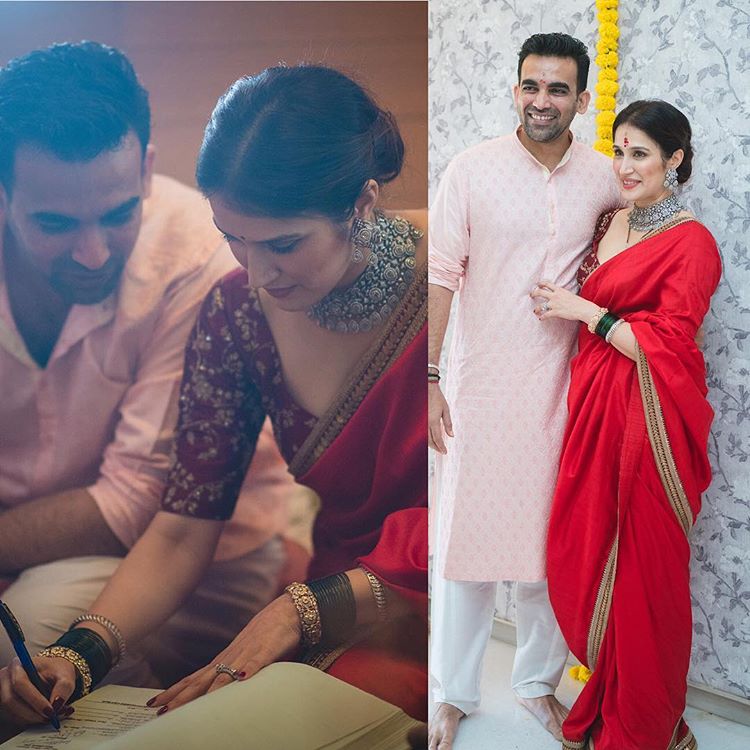 Zaheer Khan and Sagarika Ghatge had grabbed the eyeballs when they had arrived walking hand in hand as a couple at Yuvraj-Hazel's wedding and soon their affair made the headlines. Former Indian pacer Zaheer Khan and Chak De! India actress had gotten engaged in a low-key affair on May 23, 2017, and got hitched on November 23, 2017, in a court marriage. Their low-key court wedding was followed by other grand functions and the bride Sagarika had set up a new bridal trend of the 'less is more'. 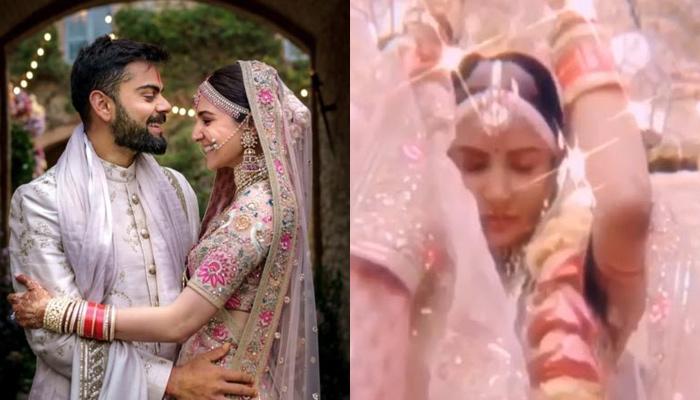 Virat Kohli's gorgeous wife, and Bollywood actress, Anushka Sharma is a truly inspiring woman. Virat Kohli and Anushka had tied the knot on December 11, 2017, and their wedding announcement had taken the internet by storm. Their wedding had made everyone dream of having a wedding like Virushka's and had made us believe in fairy tales again. In the year 2021, Virat Kohli and Anushka Sharma had hopped on their parenthood journey with the arrival of Vamika Sharma Kholi.

While this was all about the present hottest WAGs of Indian cricketers, we are sure we will get a lot more names to add to this list in future!

NEXT READ: 9 Star Kids Of Indian Cricketers Who Look Exactly Like Their Parents

I Think We Are Kind Of Happier Now And We Both Have Security Of Marriage: Hazel Keech

Anjali Arora Opens Up About Her Bond With Munawar Faruqui, Reveals How Her BF, Aakash Had Reacted