Love Story Of Rahul Dravid And Vijeta Pendharkar: Journey From Being Family Friends To Husband-Wife

Rahul Dravid is one of the most loved and respected cricketers in India. He had tied the knot with his family friend, Dr Vijeta Pendharkar in an intimate Maharashtrian wedding. Here is a look at their adorable love story.

If you are a big fan of cricket, there is no chance that you would not know, who Rahul Dravid is! He was the wall on the field, who knew how to keep his wicket safe and stand till the last. While his professional success has always hit the headlines, he certainly keeps his personal life, private. Not a lot is known about this sincere and calm batsman, however, we are here to introduce you to the cricketer, Rahul Dravid and his personal life. Little did the calm and talented Indore-born boy, Rahul Dravid know that he will fall in love with a brainy doctor, Vijeta Pendharkar! From his wife to his family, we have got you the love story of Rahul Dravid and Vijeta Pendharkar. 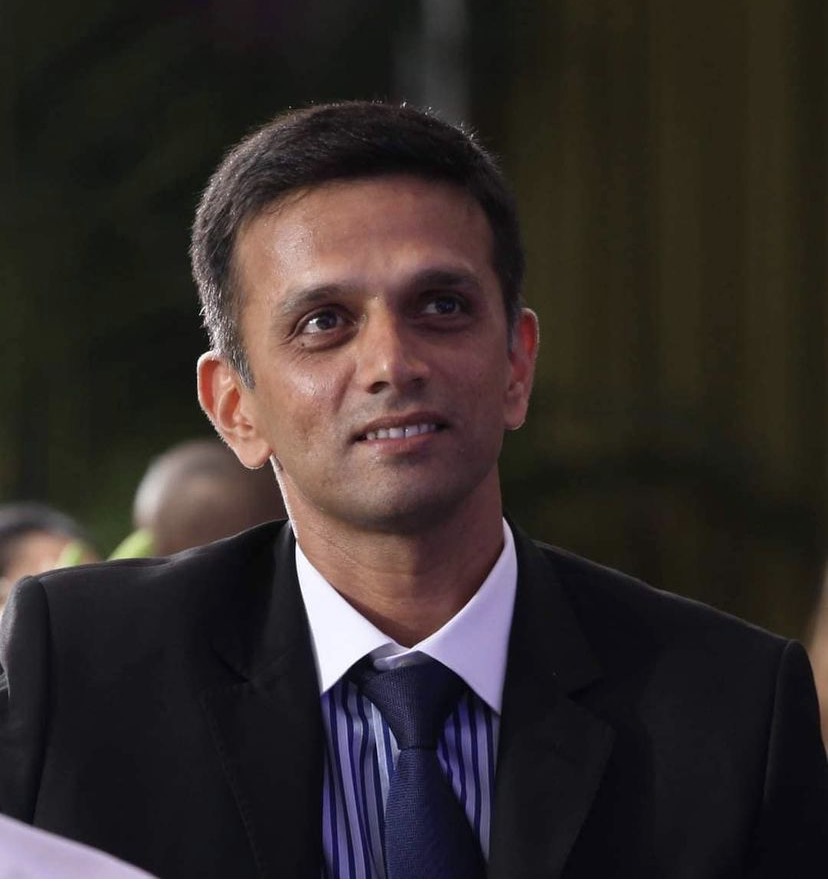 When Ajinkya Rahane And Radhika Dhopavkar Began Dating, They Met And Spent Time Just Like Friends

The Love Story Of Virender Sehwag And Aarti Ahlawat: How The Paaji Was Bowled Over

Mr Dependable, the Wall and what not? Rahul Dravid is one player whom every sportsman respects and one captain whom everyone follows to date. He was born on January 11, 1973, in a Marathi Brahmin family. His father, Sharad Dravid worked in a jam and preserves company that got the former cricketer, the nickname, Jammy. He had gotten selected for India’s national cricket team when he was studying MBA and rest as they say, is history. Nowadays, he is also referred to as ‘Indiranagar ka gunda’, thanks to his unexpected character in an advertisement. The cricketer has many awards and achievements to his name, however, his name was written in bold on the heart of his friend, Vijeta Pendharkar. 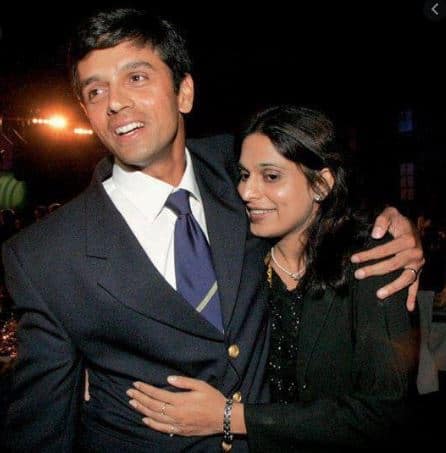 Vijeta Pendharkar was born in 1976 and is 3 years younger to the cricketer, Rahul Dravid. Her father is a retired Wing Commander, while her mother is a dietician. It was the nature of her father’s job that became a reason for the love between Rahul and Vijeta. Vijeta’s family had to move a lot because of her father’s job and after his retirement, they settled in Nagpur from where Vijeta obtained her Medical Surgeon (General) degree in November 2002. 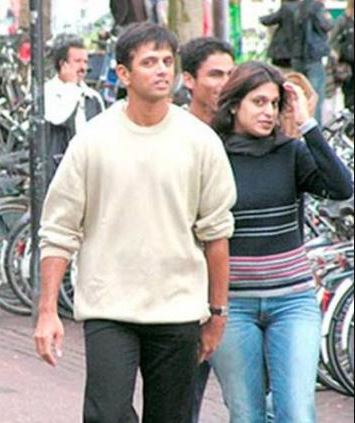 Vijeta's friends always thought that Rahul had a liking for Vijeta as he would visit her in Nagpur whenever he had a chance. The age gap of three years had not bothered the couple and their families. While their friendship was blooming, their parents had understood what their children had wanted and had decided to turn their friendship into rishtedaari. In no time, their wedding date was fixed and it was a love-cum-arranged marriage for Rahul and Vijeta.

How Rahul Dravid’s wife dealt with the media attention pre-wedding? 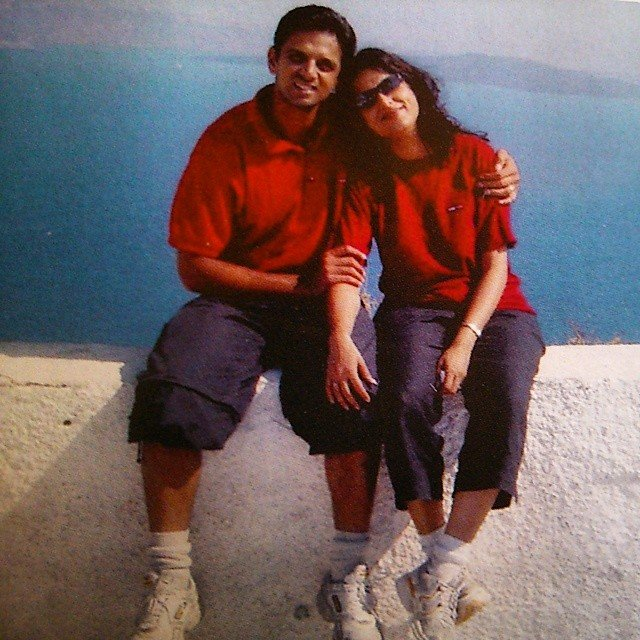 Though Rahul Dravid lived in the spotlight, Vijeta was oblivious to it. She did not have much knowledge about the game. When the media had gotten to know about their love story and upcoming wedding, they had started digging up Vijeta's life, which had alarmed her and her family, making them uncomfortable. Since Vijeta had always lived a simple life as she is a surgeon by profession, it had taken her a while to adjust to the limelight that had become a part of her life as she was all set to marry Rahul Dravid.

In a conversation with Rediff.com, Jayshree, Vijeta's concerned mother had said, "We don't want to gain too much publicity. I am not sure Rahul's family, especially Vijeta's mother-in-law, would approve." 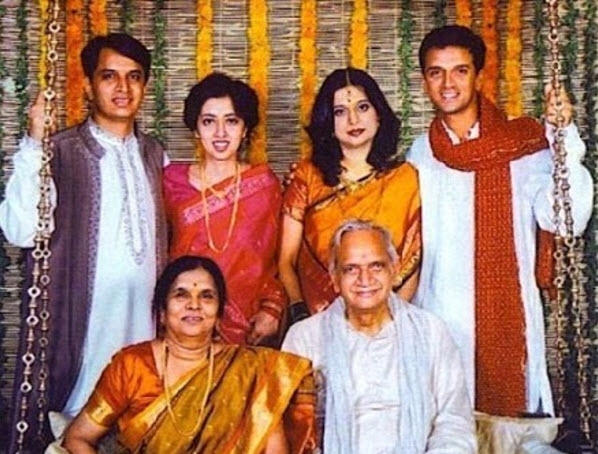 Rahul and Vijeta's parents had fixed their wedding in 2002, but since the World Cup was due in 2003 and Rahul had to practice, the families had decided to wait for the marriage until it was over. Rahul and Vijeta had exchanged the rings before the series began and Vijeta had even accompanied her then-fiancé, Rahul to South Africa to see him play. For their engagement ceremony, while Rahul had opted for a white kurta-pyjama with a red stole, Vijeta had opted for an orange saree.

It was former cricketer, Sourav Ganguly, who had announced Rahul and Vijeta’s engagement and had said, "It is time Rahul settled down." 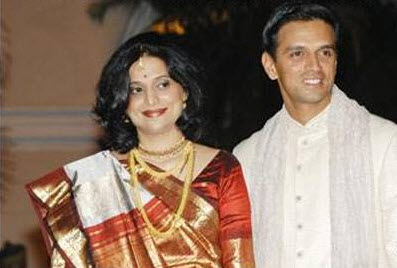 Rahul Dravid and Vijeta Pendharkar marriage date was fixed as May 4, 2003. It was a traditional Maharashtrian wedding that had taken place at the Border Security Force (BSF) Training Centre, on the outskirts of Bangalore. The bride and the groom had donned traditional Marathi attires. The nuptials began at 9.30 am and had ended at 3 pm. A lavish lunch was organised for the guests at a five-star hotel which had also served as the venue for their reception. Rahul and Vijeta’s wedding was a tight security affair where no media personnel was allowed and no photos had leaked from their D-day. 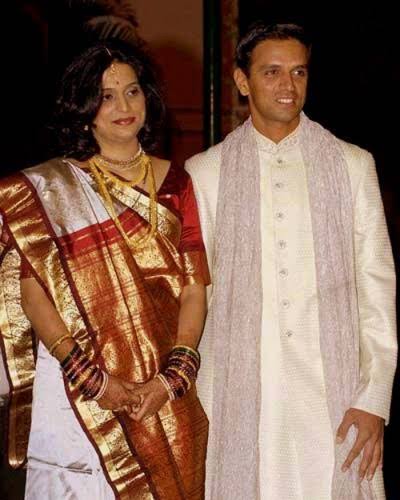 Rahul and Vijeta’s families had booked around 70 rooms for the guests. The security was at the peak. Dravid had invited his old friends, Anil Kumble and Venkatesh Prasad, and they were the only cricketers in attendance. At the reception, the then-newlyweds had finally posed for the media and Rahul had thanked them for understanding their need for privacy. While Rahul was seen in a white sherwani with a silver patka, Vijeta had worn a red and white silk saree. The families were ecstatic and in a conversation with Rediff.com, Jayshree had said:

"Rahul is a thorough gentleman. Who wouldn't want to have him as his son-in-law?" 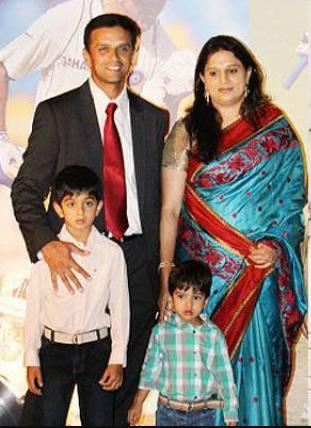 Rahul and Vijeta had welcomed their first son in 2005, whom they have named Samit Dravid and their second son, Anvay Dravid in 2009. Both the boys could be seen with Rahul and Vijeta on various occasions. Rahul’s both sons, Samit and Anvay have a keen interest in cricket, just like their father, making him proud. 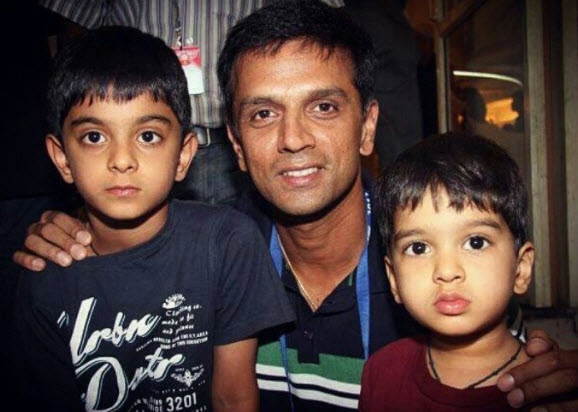 Rahul’s firstborn, Samit had become the talk of the town for the first time in 2015 as he had made three half-centuries at the U-12 level cricket in Bengaluru while playing for his school, making his team win in all three matches. Rahul’s younger son, Anvay too is a wicketkeeper and a batsman like his father and in February 2020, both the brothers had shined in the U-14 years BTR shield tournament.

Rahul Dravid wife, Vijeta's profession- She left it to raise their children 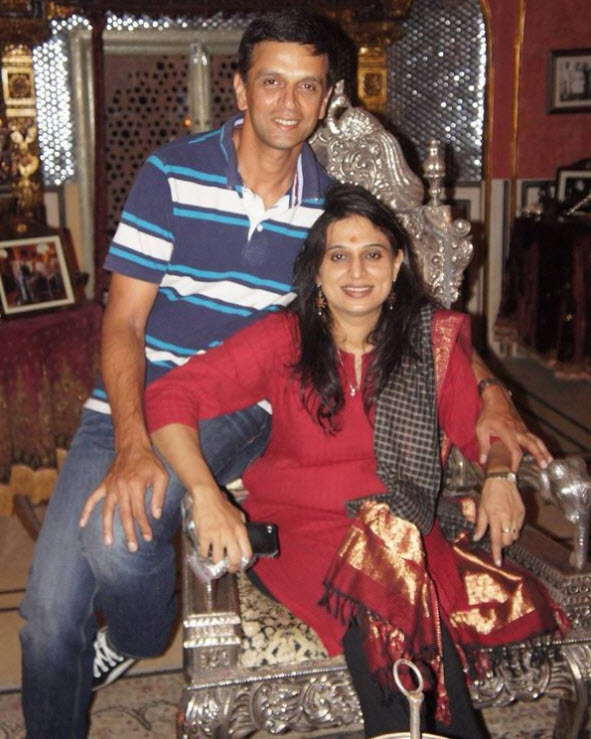 Rahul Dravid’s wife, Vijeta Pendharkar is a medical surgeon by profession and had no idea about the cricketing world. According to Rahul Dravid, Vijeta’s oblivious nature towards cricket had helped him immensely. While Rahul was busy on the field, representing India, Vijeta had given up on her career to take care of their children, Samit and Anvay. It was in August 2011 that Rahul had declared his retirement from the ODIs as well as T20 International and in March 2012, he had announced his retirement from international and first-class cricket. After retirement, Rahul and his family are living a simple life in Bangalore, away from the media attention. 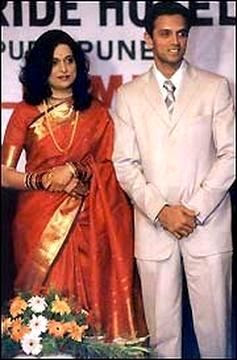 Vijeta had written a long tribute for her husband, Rahul in association with ESPNcricinfo and had given an insight into the role cricket had played in the life of the couple. She had said, "I am his wife, not a fan, and the reason I am writing this is to give you an insight into the role cricket has played in his life, and to take that in for myself at the end of his 16-year international career." 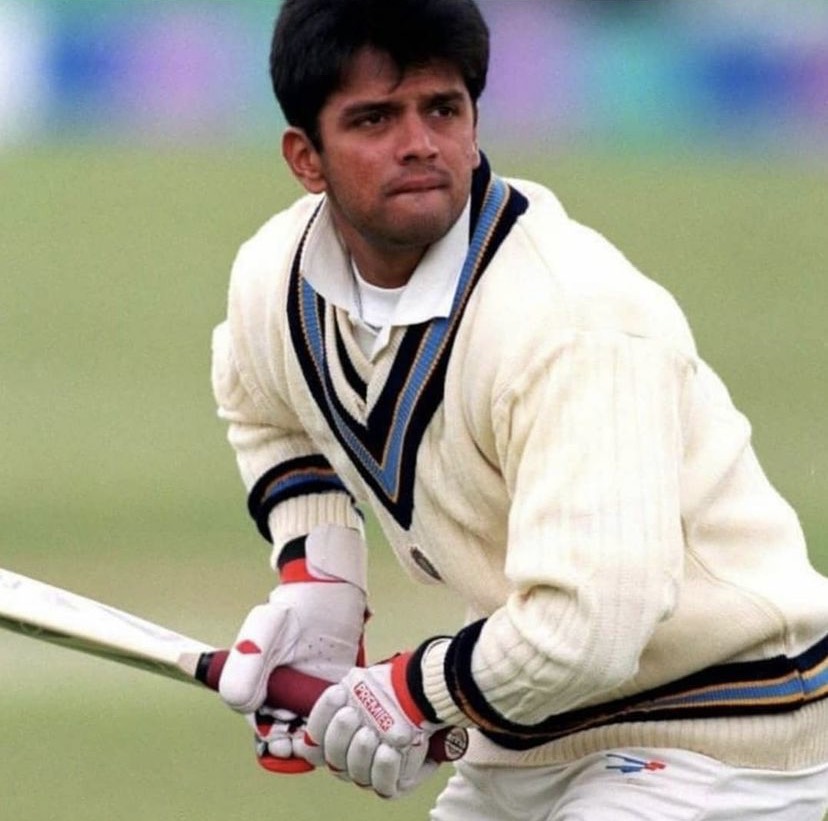 Like every cricketer, Rahul Dravid also had a superstition that he followed. His wife, Vijeta in a tribute column for ESPNcricinfo had talked about everything Rahul used to follow to ensure that he gives his best performance. She had revealed:

"Like all players, Rahul has his superstitions. He doesn't try a new bat out for a series and puts his right thigh pad on first. Last year before the Lord's Test, he made sure to sit in the same space Tillakaratne Dilshan had occupied in the visitors' dressing room when he scored nearly a double-hundred earlier in the season. Rahul scored his first hundred at Lord's in that game."

Rahul Dravid and Vijeta Pendharkar may be famous but they are just like any other regular couple. They prefer taking a small car to get a gas connection and stand in queues like everyone else. These two and their children make a sweet and simple family, who are happy in their own world. Rahul and Vijeta make a truly inspirational couple.