To mark Raksha Bandhan 2019, Abhishek Bachchan, Shweta Bachchan Nanda, Aishwarya Rai Bachchan and Shrima Rai treated their fans with the glimpses of the celebrations at the Bachchan-Rai household.

‘Please papa ke sign kar de’, ‘meri chocolate kahan gayi’, ‘you are adopted’, ‘mom and dad love me more’, ‘TV ka remote mujhe de’, ‘please kuch bahana laga diyo, main aaj late aaunga’, ‘paani ki bottle bharne ki teri turn hai’ – are some #BhaiBehenThings that defines this ‘bandhan’ like no other! On August 15, 2019, the entire nation was in a festive mood, making the most of the double celebrations with double the fun and effervescence. And just like every festival, the Bachchan clan celebrated Raksha Bandhan too, in a grand and elegant way. (Also Read: Karan Johar's Son, Yash Johar Lovingly Glances At Alia Bhatt's Rakhi As She Ties It On His Wrist)

Abhishek Bachchan, Shweta Bachchan Nanda and Aishwarya Rai Bachchan treated their fans with the glimpses of the Rakhi celebrations at the Bachchan-Rai household. The entire family was dressed in the most elegant way, and the fun they had together, was quite evident in the pictures. Before we move on to the pictures from Rakhi celebrations of the Bachchan-Rai clan, Abhishek and Amitabh Bachchan took us on a road down the memory lane with throwback pictures from their family album. To mark Raksha Bandhan 2019, Amitabh Bachchan posted two priceless black-and-white pictures of the brother-sister duo, Abhishek Bachchan and Shweta Bachchan Nanda, and wrote, “RakshaBandhan... the love of the sister... the protection of the brother... the strong bond everlasting and sincere.” Abhishek too, took the nostalgic road to wish his dear sister, Shweta on Raksha Bandhan. Posting a picture in which they are cuddled in their father’s arms, and the little one tries to take his big sister’s doll, Abhishek captioned it, “Been picking on her since 1976! Happy Rakhi @shwetabachchan Love you. #brothersandsisters.” To which, Shweta replied, “Pudding. love you G. Why do you want my doll though?” Abhishek Bachchan also posted a Rakhi special picture with sisters, Shweta Bachchan Nanda and Naina Bachchan, from the celebrations at their home. He captioned it, “They have been by my side through it all (also the other 2 not pictured here), and still, they stand in support and with love. Happy Rakhi @shwetabachchan @nainabachchan, Namrata and Nilima.#brothersandsisters #rakshabandhan.” Shweta too, shared family pictures from the celebrations and gave us beautiful glimpses of the celebrations. Check out the pictures: 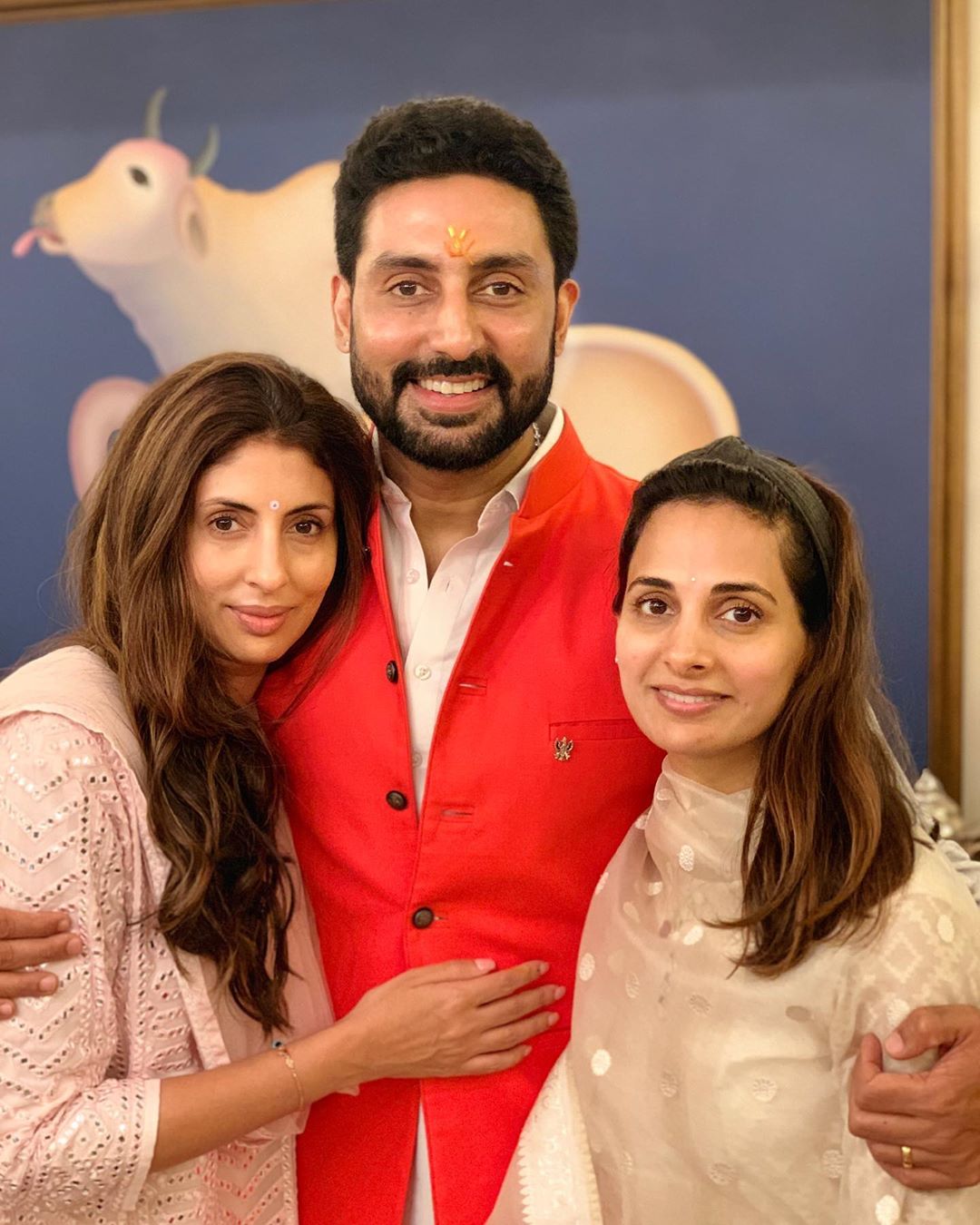 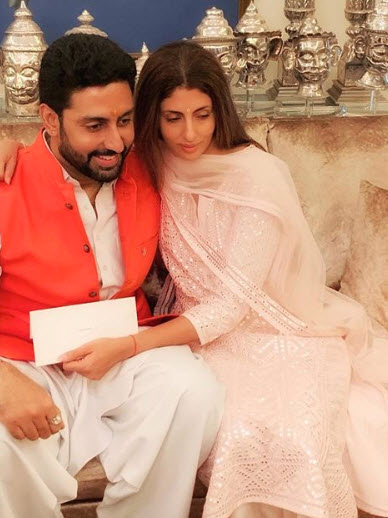 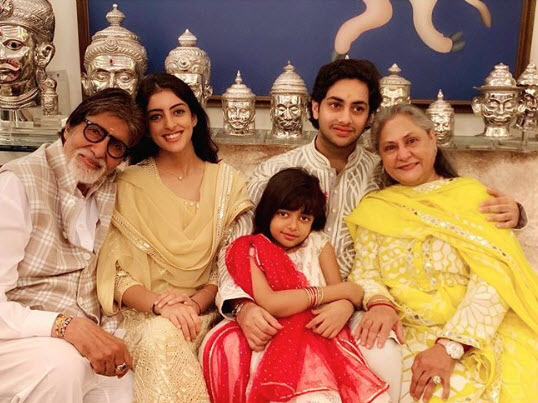 Aishwarya Rai Bachchan not only shared the glimpses of the Rakhi celebrations at Bachchan household but also gave her fans a sneak peek into how the Rai clan celebrated Raksha Bandhan. Aishwarya posted two pictures with her brother, Aditya Rai, which had their mother, Brindya Rai also in one frame. Her next post had her little one, Aaradhya Bachchan’s Rakhi moments with brother, Agastya Nanda. In her third post, Aishwarya treated her fans with two family pictures, one from her sasural and one from her mayka. And her last post had Aaradhya’s Raksha Bandhan special pictures with her siblings, Navya Naveli Nanda, Agastya and her maternal cousins. (Also Read: Arjun Rampal's Son, Arik Celebrates His First Rakhi With Half-Sisters From His Royal Baby Cot) 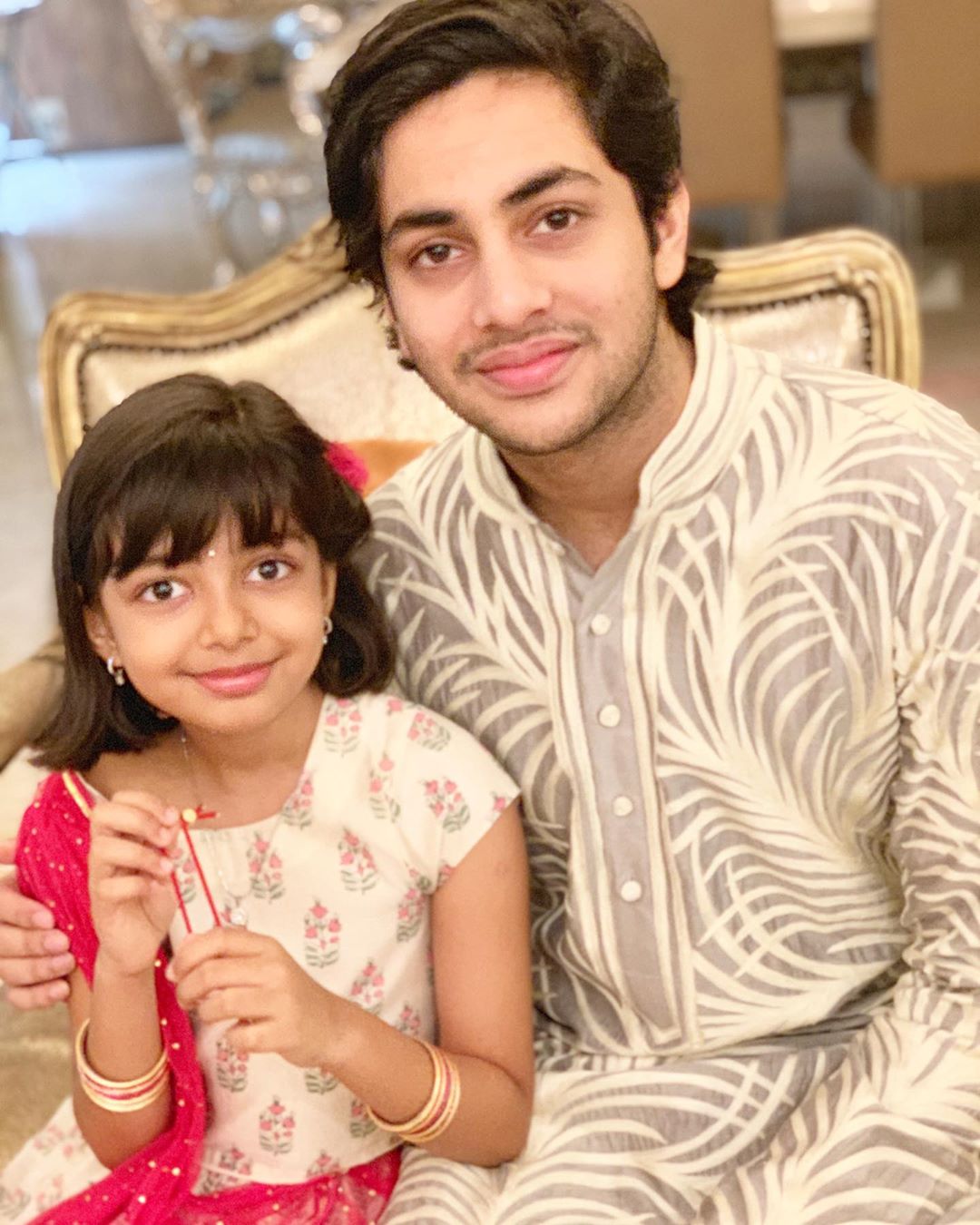 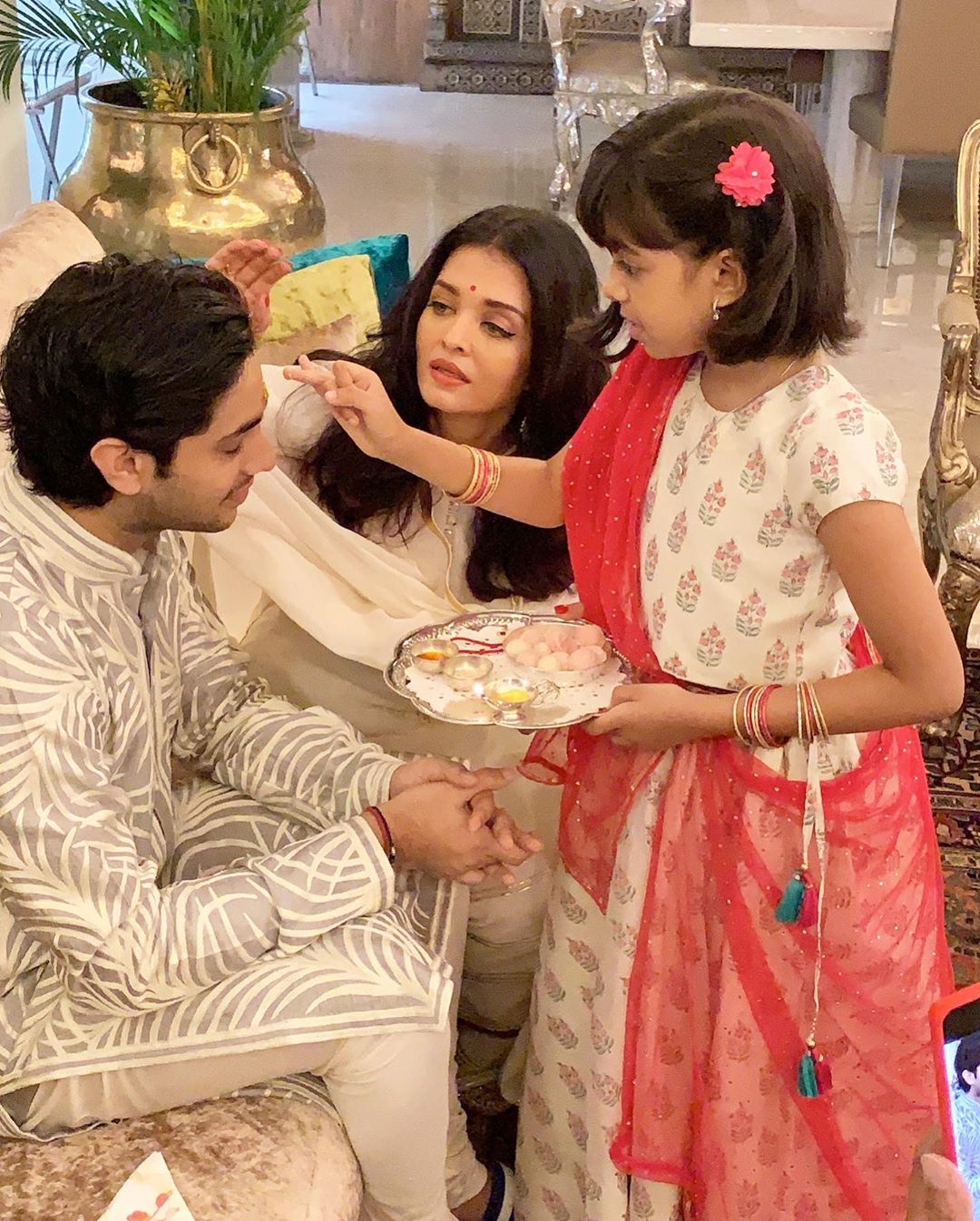 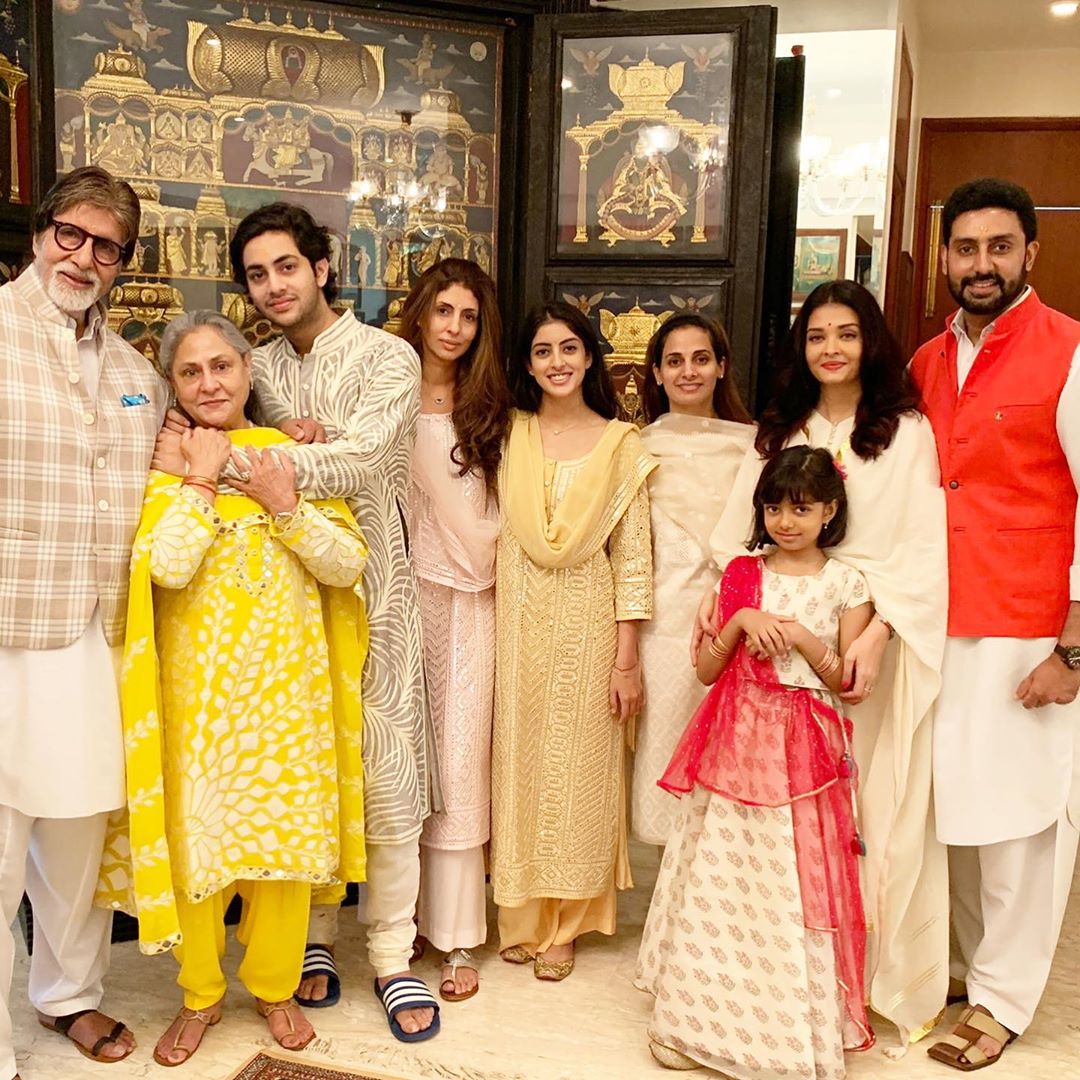 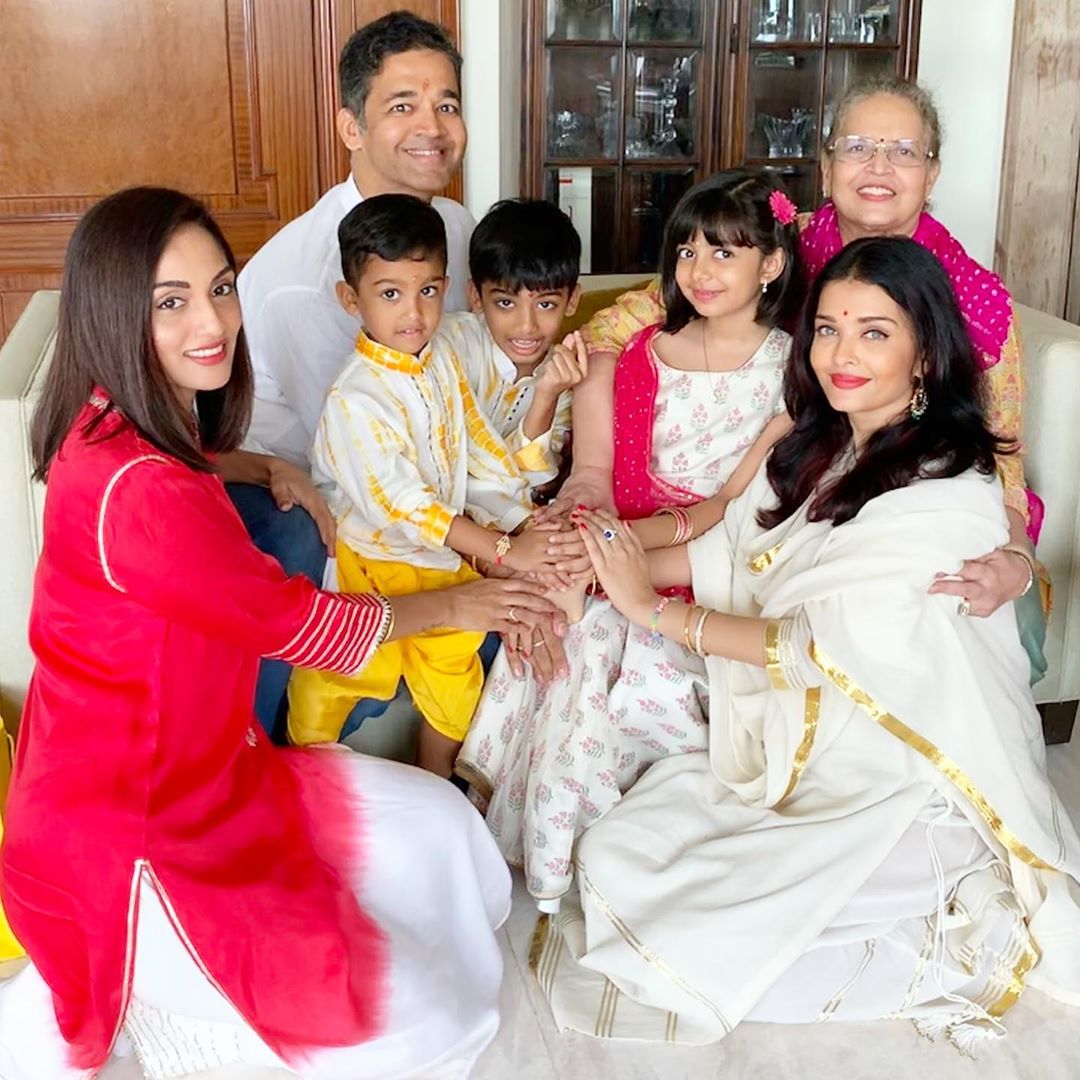 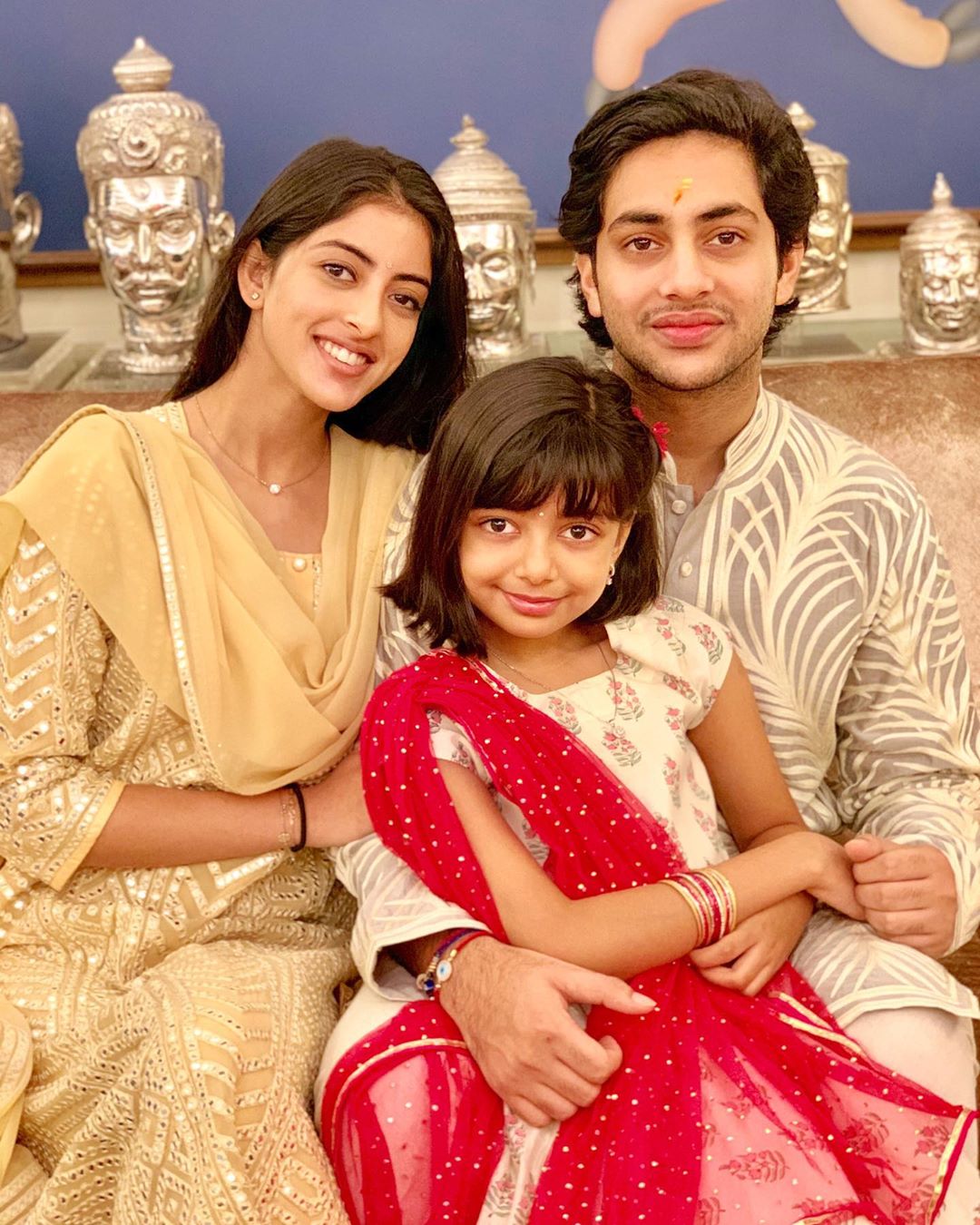 It is a rare moment when we get to see the Rai family, who prefers to stay away from media glare but all thanks to Aishwarya Rai Bachchan and her sister-in-law, Shrima Rai, that we get sneak peeks of them like gold dust. On Rakhi 2019, Shrima posted a video of the rituals at the Rai household and captioned it as “Raksha Bandhan 2019 with the boys today Raksha Bandhan is celebrated by us more for the remembrance of sibling love and blessings. A little glimpse into this festival. @aishwaryaraibachchan_arb & @adtiya_.rai.”

On Koffee With Karan Season 6, featuring the brother-sister duo, Shweta Bachchan Nanda and Abhishek Bachchan, the former had talked about how the professional failures that affect their family and why she doesn’t want her daughter, Navya Naveli Nanda to go through the same. Elaborating on the same, Shweta had shared, “Absolutely yes! I’m on Instagram and I follow my brother and know the hate he gets. Whether you like him as an actor or not, it will bother to me as a sister. I hated it, it gave me sleepless nights and I don’t want yet another member of my family to be in this business for selfish reasons. Firstly, I don’t know what Navya’s talent is. Just because she is related to some famous people, doesn’t mean she has what she takes.” 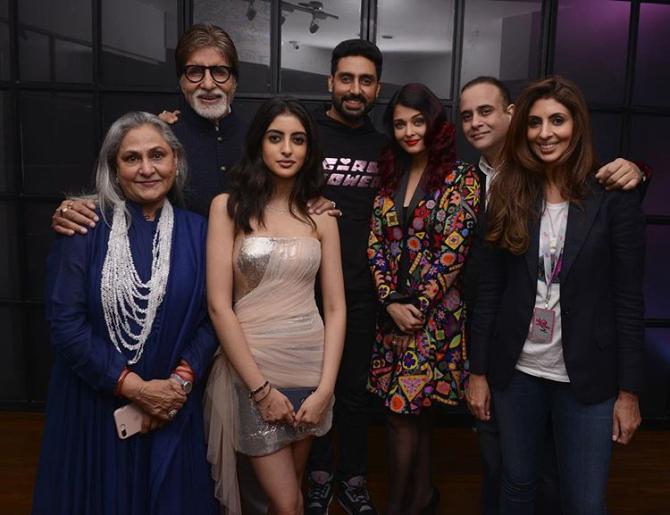 Expressing the fear of failure in the showbiz world and why she kept her daughter away from it, Shweta had continued, “I think I was excessive, I was unfair, I thought selfishly... One of the bonuses of coming from a family that's in the movies, I know the heartbreak. Coming from a family that was involved in movies, the second generation was involved in the movies be it my brother or my sister-in-law, I see their faces when things don't work out.” (Also Read: Misha Kapoor And Zain Kapoor Twin With Their Star Parents As They Celebrate First Rakhi Together) 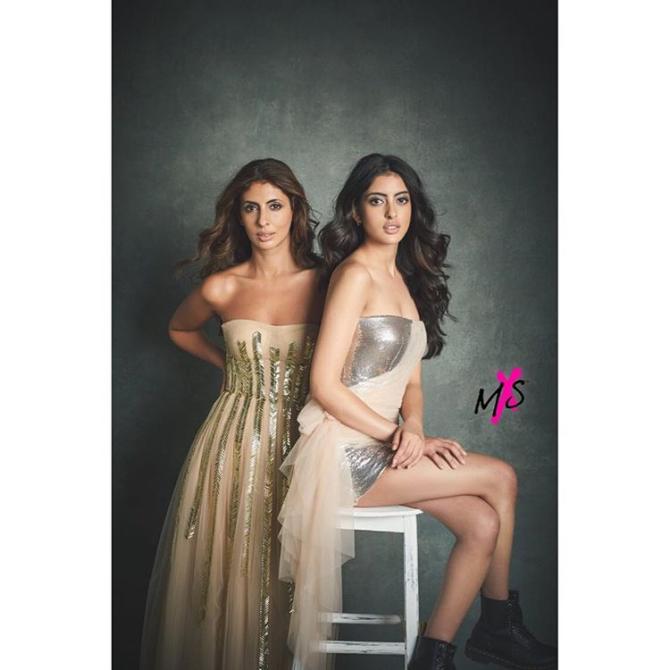 How did you celebrate the festival of Raksha Bandhan? Let us know!