During his appearance on the show, 'Into The Wild With Bear Grylls', actor, Ajay Devgn bared his heart open on why one should not take their parents for granted.

One of the finest actors of Bollywood, Ajay Devgn needs no introduction as he has made a name for himself with his power-pack performances. Well, it can be said that the actor has derived all his talents from his late father, Veeru Devgn, who was an action choreographer and a film director. Having redefined the scene of action and fights in the Indian film industry, Veeru Devgn's contribution in more than 80 films stands unforgettable.

Ajay Devgn was launched in the industry by his father, Veeru Devgn through the superhit film of the '90s, Phool Aur Kaante. Since then there was no looking back and Ajay has never let his father down. In many interviews, he has often talked about his father's contribution in his life and how he was responsible for making him a successful Bollywood actor. It was on May 27, 2019, that Veeru Devgn had breathed his last at the age of 85 and had left for the heavenly abode.

Kajol Shares A Heartwarming Picture With Ailing Mom, Tanuja, Thanks All Well-Wishers For Prayers

Madan Puri's Rare Photo From His Son's Wedding Shows His Resemblance With His Brother, Amrish Puri

Kajol Wishes Her 'Sasu Maa', Veena Devgan On Her Birthday With A Heartfelt Note And A Lovely Picture 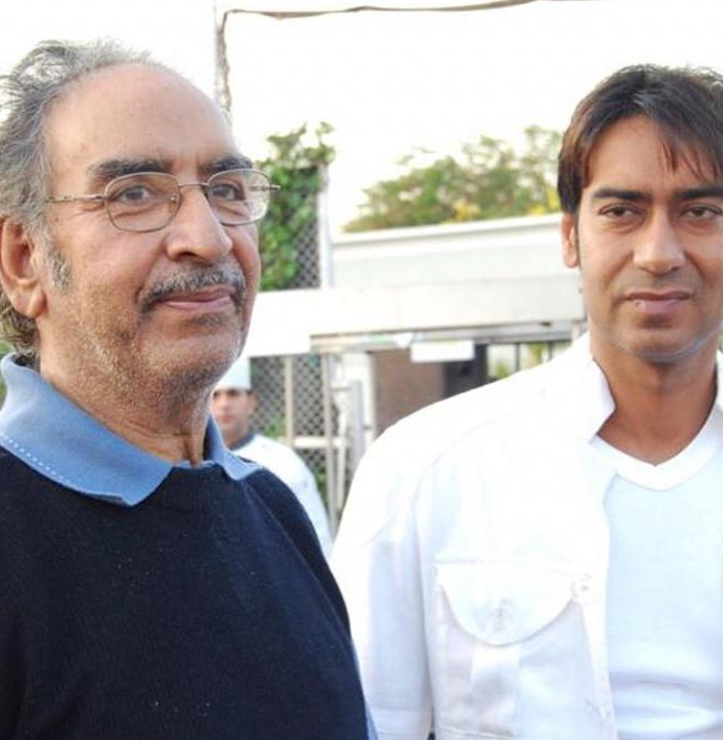 Ajay Devgn graced the show, Into The Wild With Bear Grylls, and shared his thought about losing parents and how we take them for granted. He said, ''It is tough losing your parents. Because in the first 20 years of your life, you don’t care for them. You think they are stupid. They don’t know anything. You know everything. And by the time you have children, you start realizing what a parent actually is or what they must have done. And sometimes it gets too late also.'' Ajay is quite respectful towards his father and we had witnessed that on the occasion of Guru Purnima when he had remembered his guru, Veeru Devgn. The Ishq actor had taken to his IG handle to share a throwback picture with his father and had paid his heartfelt gratitude towards him. Along with the picture, he had written, "Saluting my father (Veeru Devgn), my Guru, on this auspicious day. I was fortunate to get my life and career lessons from him. A valued gift that I carry with me like a badge of honour #GuruPurnima." On the chat show, Yaaron Ki Baraat, Ajay Devgn and his director friend, Sajid Khan had opened up on how his father, Veeru Devgn had once saved them from getting beaten up by a mob of around thousand people. Recalling the whole incident, Sajid had said, "Ajay had one white jeep in which we used to roam around. One day when Ajay was driving through a narrow lane near Holiday Hotel, a kid, who was running after a kite, came in front of the jeep. Ajay pulled the brakes immediately, the jeep didn't hit the kid but he started crying as he got scared.'' Going further in the interview, Sajid had narrated how Ajay's father, Veeru Devgn had come to their rescue. In his words, ''Some 1000 people gathered around our jeep after that. We tried explaining to them that it was not Ajay's fault and the kid is also all fine. But the people started saying, 'Get out, get out, you rich people drive very fast.' Fir samajh nahi aaya public sab tap tap tapli padne lage. In 10 minutes, the news reached Ajay's dad Veeru Devgan and he bought 150-250 fighters. It was a like Hindi film scene." 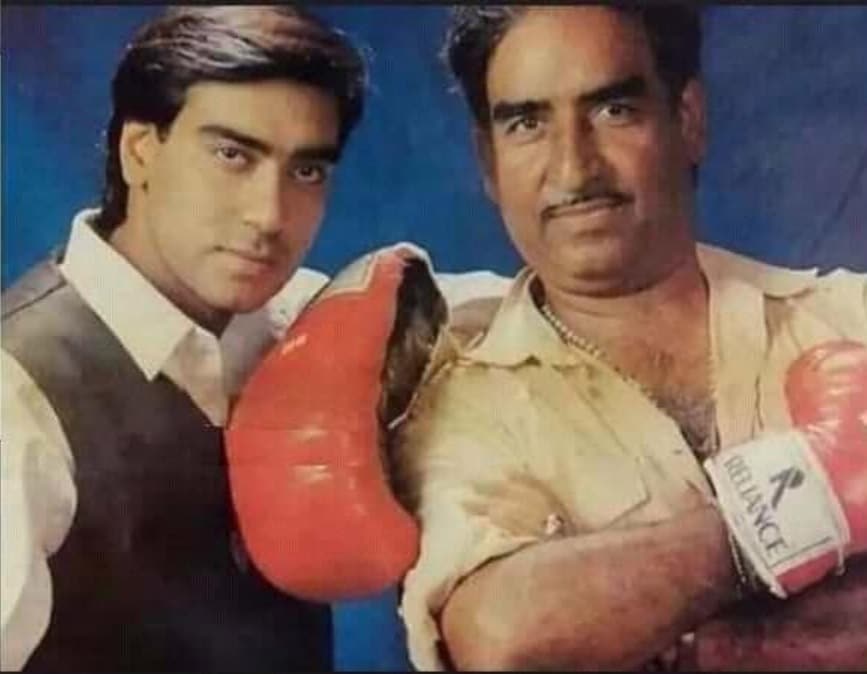 Also Read: 'YHM' Fame Abhishek Malik On How His Real-Life Wedding With Suhani Was Different From On-Screen

For the unversed, Veeru Devgn had made his last public appearance at the special screening of his son, Ajay Devgn’s film, Total Dhamaal in February 2019!

Kajol Shares A Heartwarming Picture With Ailing Mom, Tanuja, Thanks All Well-Wishers For Prayers