Akanksha Puri Wishes 'Good Night' To Singer, Mika Singh With This Romantic Picture, What Is Cooking?

It's never easy to bring your lifeboat back to the shores after a thunderous breakup in your life. You have to pick yourself up, hold that 'no entry' board high inside your eyes in front of those unalarmed tears, and put on that happy smile on your face. But as people and quotes on Google say 'Life goes on and you have to let it go with it.' Luckily, we have someone to look up to, an actress, who has inspired everyone with the way she had dealt with a bitter breakup in her life. Yes! We are talking about the ever-gorgeous television actress, Akanksha Puri, the lady, who proved that begging for love isn't what we should promote. (Recommended Read: Cost Of Kareena Kapoor's Maternity Kaftan Look For Saif Ali Khan's Birthday Will Leave You Surprised)

Well, now months after her much-highlighted breakup with Paras Chhabra, the actress is again in headlines after she posted a romantically cute picture with popular singer, Mika Singh on Instagram. The picture is doing rounds all over the internet, and fans are curious about the story behind this picture. Scroll down to see it!

Paras Chhabra's Ex Akanksha Puri Revealed That She Never Got In Touch With Him, Rubbishes His Claims

Bigg Boss 13: Paras Chhabra Ends His Relationship With Akanksha Puri, Says 'She Should Move On' On August 18, 2020, television actress, Akanksha Puri took to her Instagram handle and posted a cosy picture with popular singer, Mika Singh. In the picture, we can see the two celebrities sitting in a room, as Akanksha can be seen in Mika's arms. Akanksha tagged Mika in the photo and wrote '#goodnight" followed by a purple-coloured heart emoticon. The picture is doing rounds all over the internet, and after a while, Mika also reposted the same picture on his Instagram handle with a heart and smile emoticon atop. Take a look. (Don't Miss: Mahhi Vij's Adopted Kids, Khushi And Rajveer Make Ganesha From Clay, Chant Ganpati Bappa Moriya) 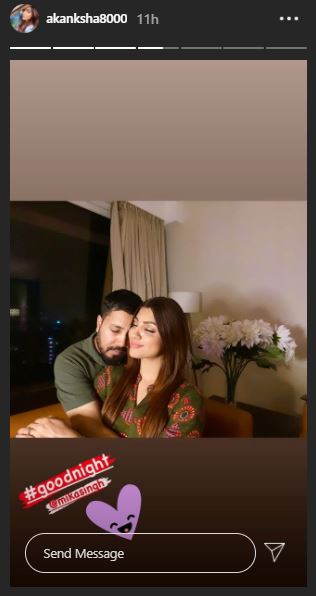 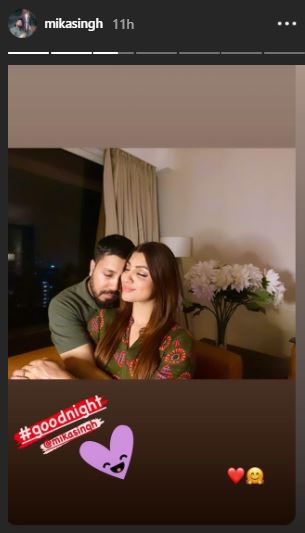 On one side, there are tons of stories about something brewing in-between them on the internet. While, according to SpotboyE, it's just a trick played by the makers to set the stage before their collaborated work makes it way out. We have already seen Mika Singh posting cosy pictures with television actress, Chahatt Khanna before the release of their music video. One of the most viral pictures of Chahhat and Mika were the ones, which were shared by Chahhat on her Instagram handle. In those pictures, we could see Chahhat and Mika twinning in black ensembles. Along with it, Chahhat had written, "Let's be someone's quarantine, Glad we found each other in this lockdown #quarantinelove @mikasingh", followed by a heart emoticon. Take a look at it below: 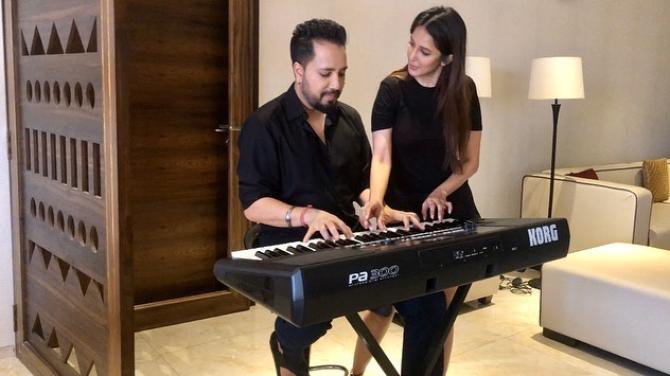 So, this could be just another examplar of Mika's marketing skills. However, this time around the buzz is quite huge because Akanksha was already in headlines after her bitter-breakup with Paras Chhabra earlier this year. However, some months ago, in a live chat session with Telly Chakkar, Akanksha had revealed who's she is crushing upon, at the moment. And it was none other than the TV industry's popular actor, very handsome, Shaheer Sheikh, with whom she wishes to go on a date if given a chance. Not only for a date, but she had further expressed her desire of working with him as well. And when she was asked what genre would she prefer, Akanksha without any hesitation had said, romance. Well, in the same interview, Akanksha had recalled an incident when she and Paras were in a relationship and were shooting for their show, Vighnaharta Ganesh. She had revealed, "He is used to feeling insecure when people used to call him my boyfriend. He was very upset with the article and even called the editor and had a huge argument with her for the headline, as he said that earlier he was known as Sara (Khan) 's boyfriend and now he cannot take the tag of Akanksha's boyfriend." (Also Read: Indian Vocalist, Pandit Jasraj's Grandchildren, Shweta Pandit And Avitesh Share Emotional Notes) 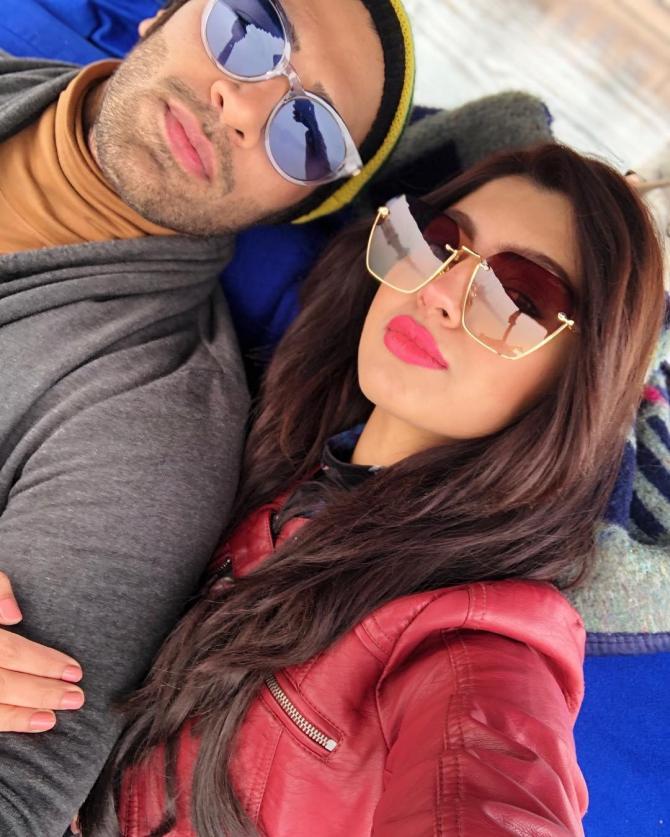 What are your thoughts on Mika and Akanksha's cosy picture? Let us know!

Paras Chhabra's Ex Akanksha Puri Revealed That She Never Got In Touch With Him, Rubbishes His Claims