Alia Bhatt had made heads turn with her stunning sartorial pick for Riddhima Kapoor's 40th birthday. And what made it even more special is that she had repeated the floral outfit, giving major goals.

Irrespective of how archaic and impractical in may sound, but every girl dream of wearing a new outfit for every day of her life and never repeating one. Even Deepika Padukone, Sonam Kapoor Ahuja, Shweta Bachchan Nanda, Kareena Kapoor Khan, Sara Ali Khan, Gauri Khan, Janhvi Kapoor, Malaika Arora, Parineeti Chopra, Genelia Deshmukh, Samantha Akkineni and the royals, Kate Middleton and Meghan Markle have vouched for replacing ‘I don’t wear the same outfit twice’ by ‘cherish, re-wear and flaunt’! Alia Bhatt too, proves her love for repeated outfits and dares to break the unwritten rule that celebs don't re-run their sartorial picks. (Also Read: Amrita Singh Repeated Her Outfit For Nidhi Dutta's Mehendi, Which She Had Earlier Twinned With Sara)

A few days back, Alia Bhatt was snapped at Dharma Productions office in Mumbai and she had turned heads with her super-comfy and summerish look. Alia had worn a quirky printed dress by Mira Mikati, which had stripes all over with pop art prints. Alia’s outfit a t-shirt dress-like silhouette with a skirt attached to it, which she had paired with a pair of transparent-toed white heels. Alia’s ‘new normal’ look was completed with a dog-printed yellow-coloured face mask. Alia had repeated it dress as she had worn it before in 2018 for a dubbing session of her film, Gully Boy. As per a TOI report, the dress costs around Rs 36,841.

Alia Bhatt Dolls Up In A Chic White Dolce And Gabbana Blazer Worth Rs. 1.5 Lakhs

Alia Bhatt Stuns In An Expensive Flap Bag Worth Rs 75,000 As She Steps Out With Beau, Ranbir Kapoor

Alia Bhatt Wishes Her To-Be Mother-In-Law, Neetu Kapoor On Her 63rd Birthday With A Fam-Jam Picture On September 14, 2020, Riddhima Kapoor Sahni had turned 40 and on her birthday eve, the Kapoors have celebrated the milestone of her life in a grand way. The birthday bash was hosted at the Kapoor residence and Riddhima’s brother, Ranbir Kapoor’s plus-one, Alia Bhatt had made heads turn with her stunning sartorial pick for the party. Alia had opted for a floral Zimmermann summer dress, which bore bell sleeves, v-neckline and a mesh bodice. Alia had complemented her look with three-strapped neutral stilettos and a white Chanel crossbody bag. Alia had worn her yellow-coloured dog-printed mask with the dress. To wish Riddhima on her birthday, Alia had posted a gorgeous picture with her future sister-in-law and had written, "Happy birthday my darling @riddhimakapoorsahniofficial. Love you, love you, love you. Wish you a lifetime of joy and happiness." 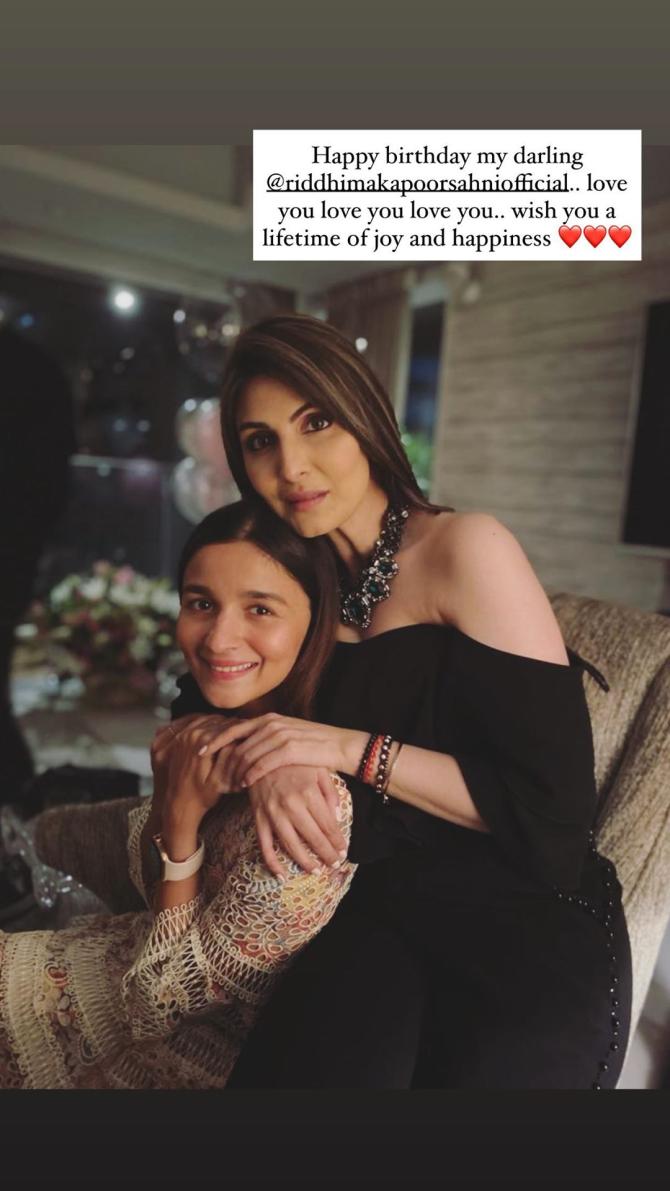 But this isn’t the first time that Alia Bhatt had made a statement in this floral Zimmermann summer dress! It was in 2018 when Alia had shared a picture on her IG handle, wearing the same dress, which she had paired with a crossbody bag and two-strap rose gold stilettos. Back then, Alia had styled her hair into messy waves and a simple braid held it away from her face. Not just Alia, Shraddha Kapoor had also sported the same Zimmermann dress during the trailer launch of her film, Batti Gul Meter Chalu and Malaika Arora too, had flaunted the same dress while out and about in the city. Looks the dress had won the hearts of quite a few celeb divas! This floral Zimmermann summer dress costs $850, which roughly comes up to Rs 62,572. (Also Read: When Samantha Akkineni Had Repeated Her Sabyasachi Wedding Saree For Ashritha Daggubati's Marriage) 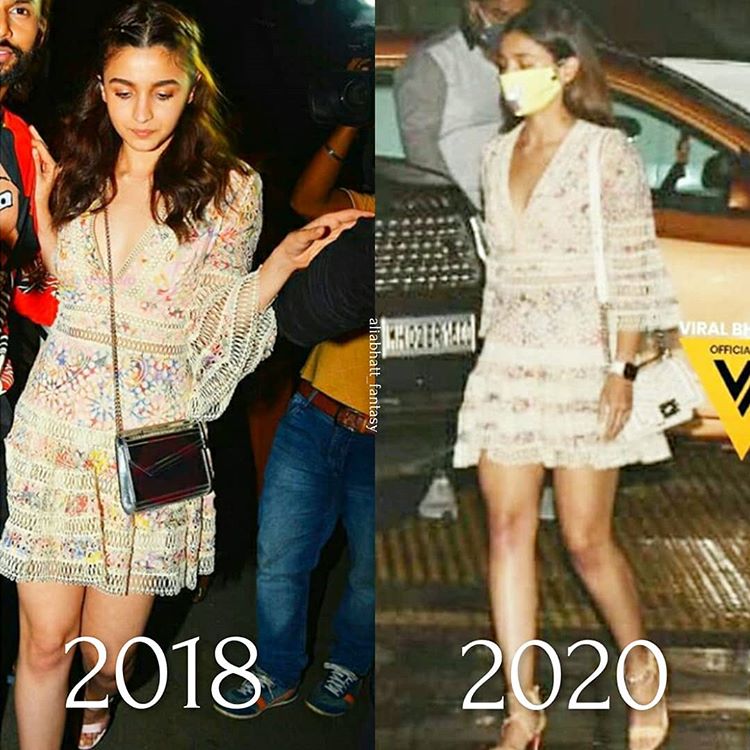 Coming back to Riddhima Kapoor Sahni’s birthday, the Kapoors and Sahnis had curated the best birthday wish for her, making her 40th birthday special. To surprise Riddhima, the family had danced their hearts out on the song, Aap Jaisa Koi from the film, Qurbani. Riddhima’s birthday special video featured Neetu Kapoor, Bharat Sahni, Ranbir Kapoor and Alia Bhatt, Armaan Jain and Anissa Malhotra, Manish Malhotra and Aadar Jain. Her husband, Bharat had posted the video on his IG handle and had written, “#Aap #jaisa #koi #birthday #surprise #FabAtForty”. Alia had worn the same quirky printed dress by Mira Mikati for the dance with her beau, Ranbir.

While that was about Alia Bhatt’s fashion preferences and her on-point style game, do you know whom she considers as fashionista in Bollywood? In an interview with the Filmfare, revealing a discovery she had made about her beau, Ranbir Kapoor, Alia had said, “I always believed that Karan Johar was the Sonam Kapoor of men’s fashion. But now I believe it’s Ranbir Kapoor. He’s a hidden fashionista. In Bulgaria, he was ordering things just for fun. I saw so many new looks. One day he’d arrive in velvet, then one day in camouflage, then some coloured caps and pants... He’s smashing to a point where I’ve begun seeking his advice whether I should buy something or whether something is working or not. I’ve given the fashionista tag to Ranbir Kapoor. I believe Karan will happily give away that tag because he loves him too much.” (Also Read: Radhika Merchant Repeats Her Lehenga From Akash-Shloka's Wedding For Another Pre-Wedding Bash)

Alia Bhatt is an inspiration in truest sense for all of us when it comes to making heads turn in repeated outfits!

Alia Bhatt Dolls Up In A Chic White Dolce And Gabbana Blazer Worth Rs. 1.5 Lakhs

Alia Bhatt Stuns In An Expensive Flap Bag Worth Rs 75,000 As She Steps Out With Beau, Ranbir Kapoor