Alia Bhatt and Ranbir Kapoor are the 'IT' couple of the Tinseltown. Alia Bhatt details out her experience of working with beau, Ranbir Kapoor, her love and admiration for him.

Alia Bhatt and Ranbir Kapoor, often called Ralia by their fans, have become everyone's favourite couple over the last year. When you get to work with your childhood crush and Cupid strikes the two of you hard, nothing could feel better, right? That's what happened between Alia Bhatt and Ranbir Kapoor. Both are immensely talented, both are such good looking people and we can't wait for the two to take the nuptial plunge. (You May Like: Anushka Sharma And Virat Kohli Party Hard With The RCB Team At His Self-Owned Restaurant, Nueva)

Alia Bhatt and Ranbir Kapoor's love story began on the sets of Ayan Mukerji's Brahmastra. It all started when their first pictures from Bulgaria surfaced online in 2018, and since then, Alia and Ranbir have been ruling the headlines like how! You may know that Ranbir Kapoor had been Alia Bhatt's childhood crush and she had pleaded to Ayan Mukerji to let her work with him. Recently, she had shared the same with a media house, "The idea for Brahmastra was conceived long back when Ayan had just done Yeh Jawaani Hai Deewani. I wanted to work with him and I have always wanted to work with Ranbir as well. I pleaded to Ayan that please cast me with him." Alia Bhatt, in an interview with Pinkvilla, talked in detail about Brahmastra and how it was working with Ranbir Kapoor. Opening up about the essence of Brahmastra which is love, Alia Bhatt said, "I have always loved Ranbir as an actor - he's just so fabulous on screen, he's powerful yet so honest and complete. I'm feeling that even while we work together. It's so nice to just see him be. He really inspires me to be a better version of myself at work. His work ethics are commendable and I'm still learning from him. I'll continue learning from him. Even with Bachchan sir, who's so giving and professional as an actor, it's been amazing. His voice can alone give you goosebumps. The world is relatable. Brahmastra is not going to be a film, it will be an experience." 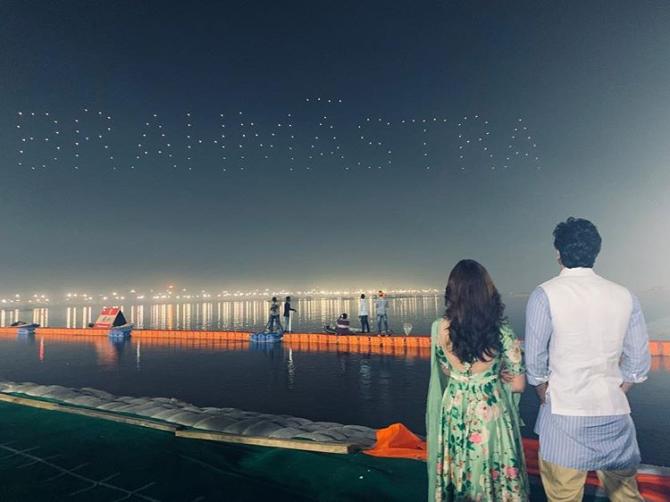 Alia Bhatt also shared that she had been thinking for long as to when she will get the opportunity to work with Ranbir Kapoor. The Raazi actress shared, "I'm actually very glad that the first time he and I are coming together is for a film like this. There was a time when I used to think - 'When will I get to work with him? What will happen? And then this happened. Also, it has been a while since Brahmastra was conceptualised - it was five years ago right after Yeh Jawaani Hai Deewani. That was also the time Ayan and I bonded. It was a very big moment for me when he offered me this part. I wasn't who I'm today then but he still entrusted in me. It was a big deal for me and from that day to now, I have always looked forward to being on that set every day. Because it's a new challenge each day and it has given me abandon as an actor. I have always felt that when Ranbir and I come together, it has to be magical and literally, it can't get more magical than this. I'm saying all this with great hope and not being pompous about it. We're working very hard towards that." (Suggested Read: Chhavi Mittal's Hubby Mohit Shares Secret Behind 14-Year Long Journey Of Togetherness On Anniversary) Alia also added that with Ranbir she shares a deep sense of comfort with Ranbir and that she is happy, personally and professionally. She was quoted as saying, "Ranbir makes me feel different. Yes, it's true that I was always a little wary of baring my private life out there, but with him, there's a deep sense of comfort. He's an amazing soul and there's so much that I get to learn from him every day, not just as an artist but also as a human being. I would just say that I'm in a happy space both professionally and personally." 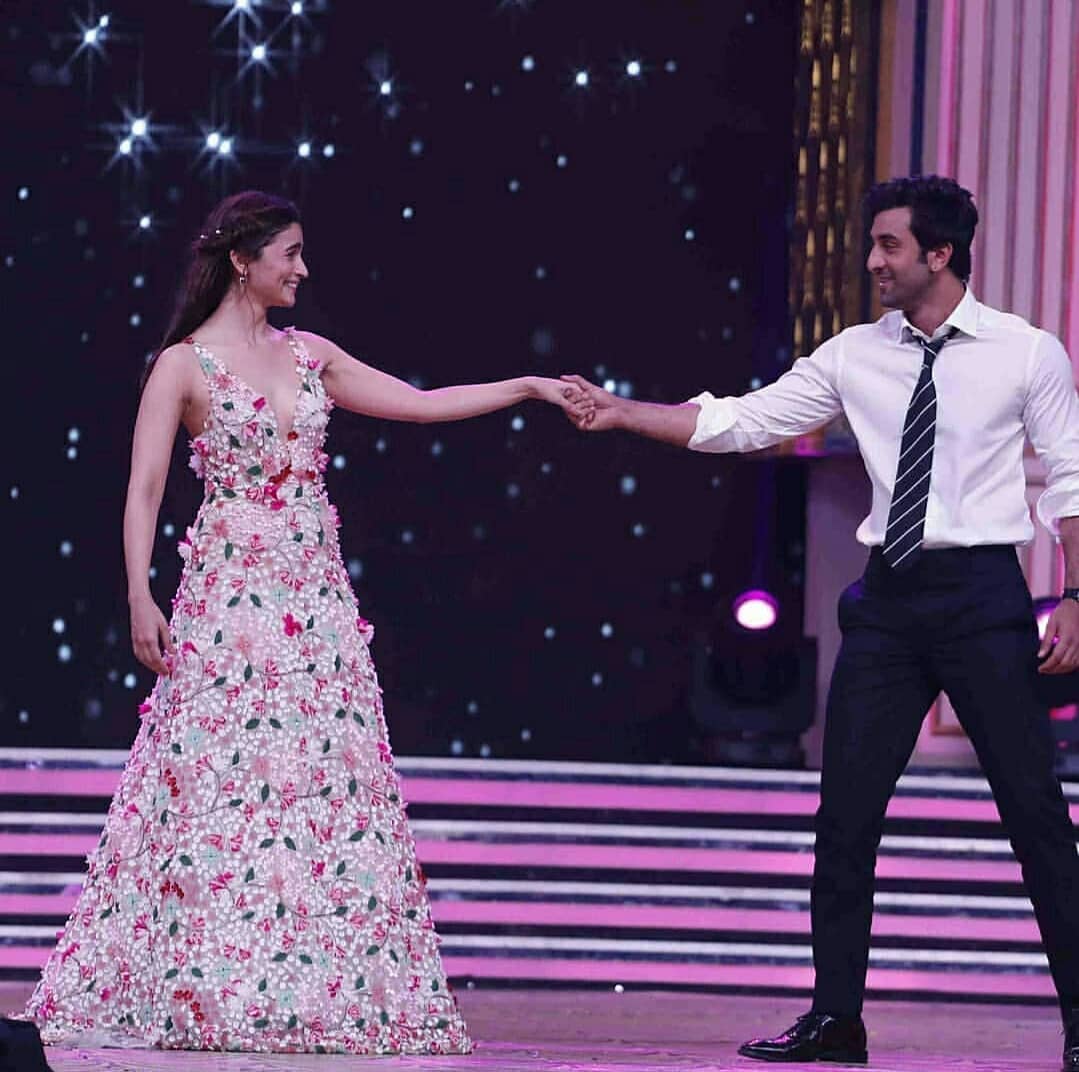 Alia Bhatt has always been vocal about her admiration for Ranbir Kapoor. In an earlier interview, she had said, "With Ranbir, it is a completely different experience because I have always admired him. He is my favourite actor since he made his debut. He will always remain my favourite because he is so honest and effortless. When I set to work with him, I was thinking that I will understand his process of acting, but there’s no process. He is like me, he acts in front of the camera, and suddenly off camera, he is seen eating chocolates, or chatting, wanting to know what is the gossip for the day. He is very hard working, so effortless and that is the beauty." 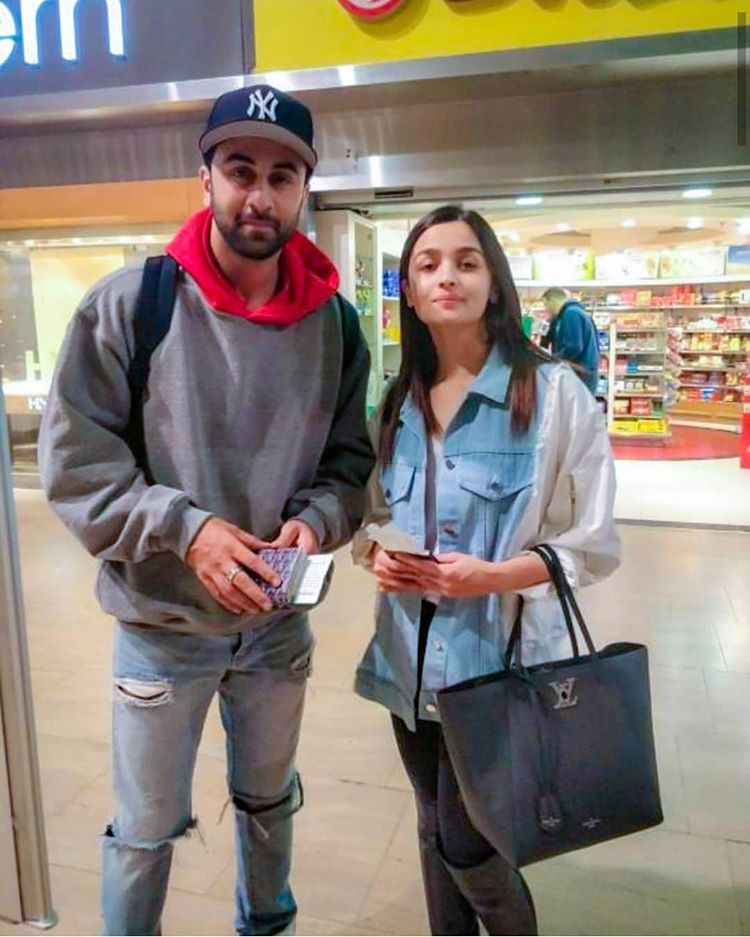 She had also once said that Ranbir is a nice human being not just as an actor but as a person in general as well. The 26-year-old was quoted as saying once, "He’s not difficult. He’s a gem. When I met him for the first time in my life. Again, let me tell you he’s not difficult. He’s a supremely simple person. He’s such a nice human being that I wish I was as good as him. As an actor, as a person, as everything. He’s way better a person than I am. And about getting married? Well, that’s the only thing that’s irritating right now. Every morning I wake up to the news that I’m getting married. I tell him what the hell. I guess he’s used to it." (Also Read: Tara Sutaria On Her Relationship With Sidharth Malhotra, Says Their Chemistry Is 'Fireworks') 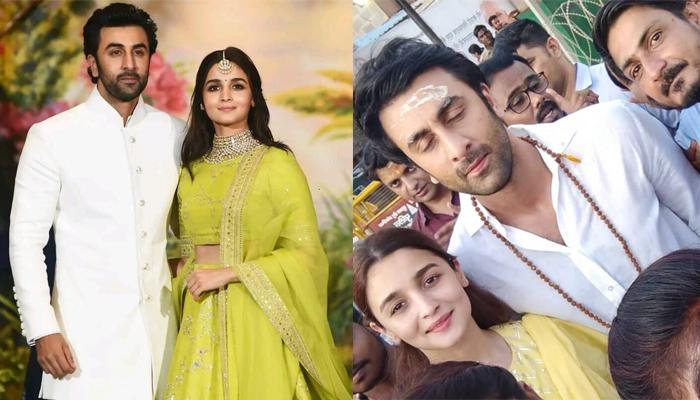 How often does it happen that someone, whom you have admired for long and has been your crush since childhood, becomes your soulmate one day? Rarely, right? Well, Alia Bhatt and Ranbir Kapoor fall into this category and we all know that Alia had admitted to her crush on Ranbir