South Indian actor, Allu Arjun is getting hailed by netizens on the internet after his latest visit to the Golden Temple in Punjab with his family showcased how humble he is in real life. Find out!

South Indian actor, Allu Arjun is all over the headlines after his latest visit to the famous Golden Temple in Punjab. The actor visited the iconic temple with his family and once again proved why he is often regarded as his generation's biggest South Indian actor. The actor didn't take any VIP treatment while having darshan at the Golden Temple with his family. The humble gesture has impressed everyone, and while some people are hailing him as a true superstar, some are advising Bollywood actors to learn from this.

For the unversed, Allu Arjun is happily married to his gorgeous wife, Sneha Reddy, and the couple is blessed with an adorable daughter, Allu Arha and a handsome son, Allu Ayaan. The couple never skips a chance to pamper their kids and always teach them the right values.

Allu Arjun's Wife, Sneha Shares A Video Of Their Daughter, Arha, Gifting Them The Most Adorable Gift

When 'Pushpa' Actor Allu Arjun Revealed He Couldn't Hold His Newborn Son, Ayaan For A Couple Of Days

Allu Arjun Shares A Picture From His 'Fav Pass Time' And It Features His Adorable Daughter, Arha South Indian superstar, Allu Arjun paid a visit to the famous Golden Temple in Amritsar, Punjab, on the occasion of his wife, Sneha Reddy's birthday. The actor was also spotted with his kids, Allu Ayaan and Allu Arha. In the pictures and videos from the family's visit to Sri Harmandir Sahib, Allu Arjun looked handsome as always in a dark blue coloured kurta-pyjama, while his wife, Sneha opted for a blue-coloured traditional suit. However, the actor's clan visit to the Golden Temple is getting hailed by everyone on the internet because Allu and his family took no VIP treatment. Just like everyone, they also waited in queues for darshan and touched everyone's hearts. Check it out! 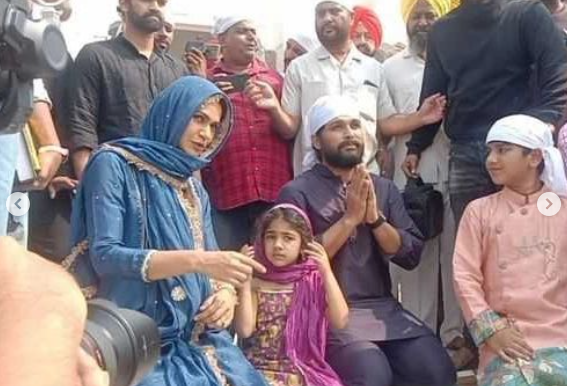 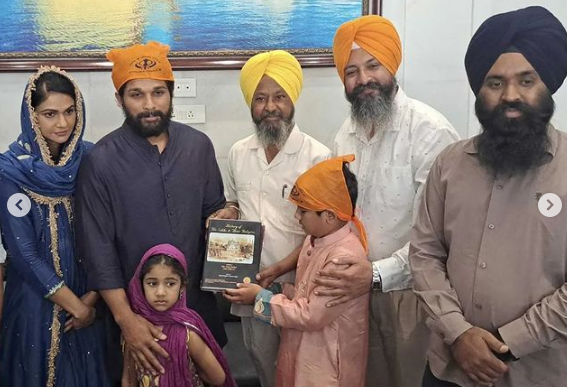 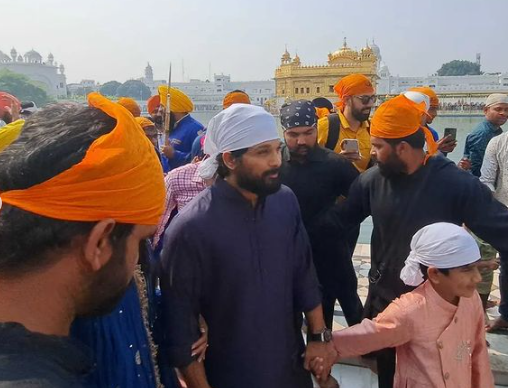 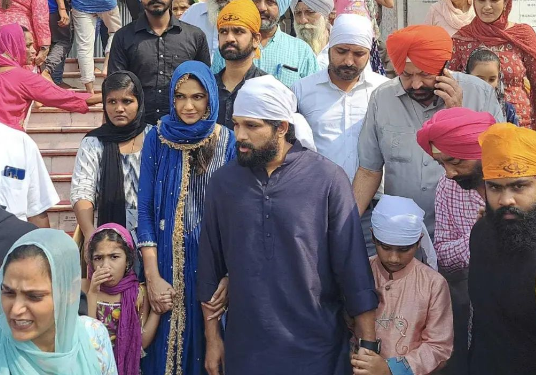 Allu Arjun is one of the most admired actors, and one of the prime reasons behind this is the fact that he is a hands-on family man, who always puts his family on the top of his priority list. Time and again, we have seen Allu Arjun spending quality time with his wife, Sneha Reddy and their kids, Allu Arha and Allu Ayaan. For instance, on July 4, 2022, Sneha had taken to her IG handle and had posted a family picture with her dapper husband and her kids. The entire family was spotted wearing matching white-hued clothes and gave pure family goals to everyone. Along with the priceless frame, Sneha had also dropped a white heart in the caption.

Don't Miss: Deepika Padukone Spotted At The Airport, Worried Netizen Says, 'She Is Not Wearing Her Wedding Ring' 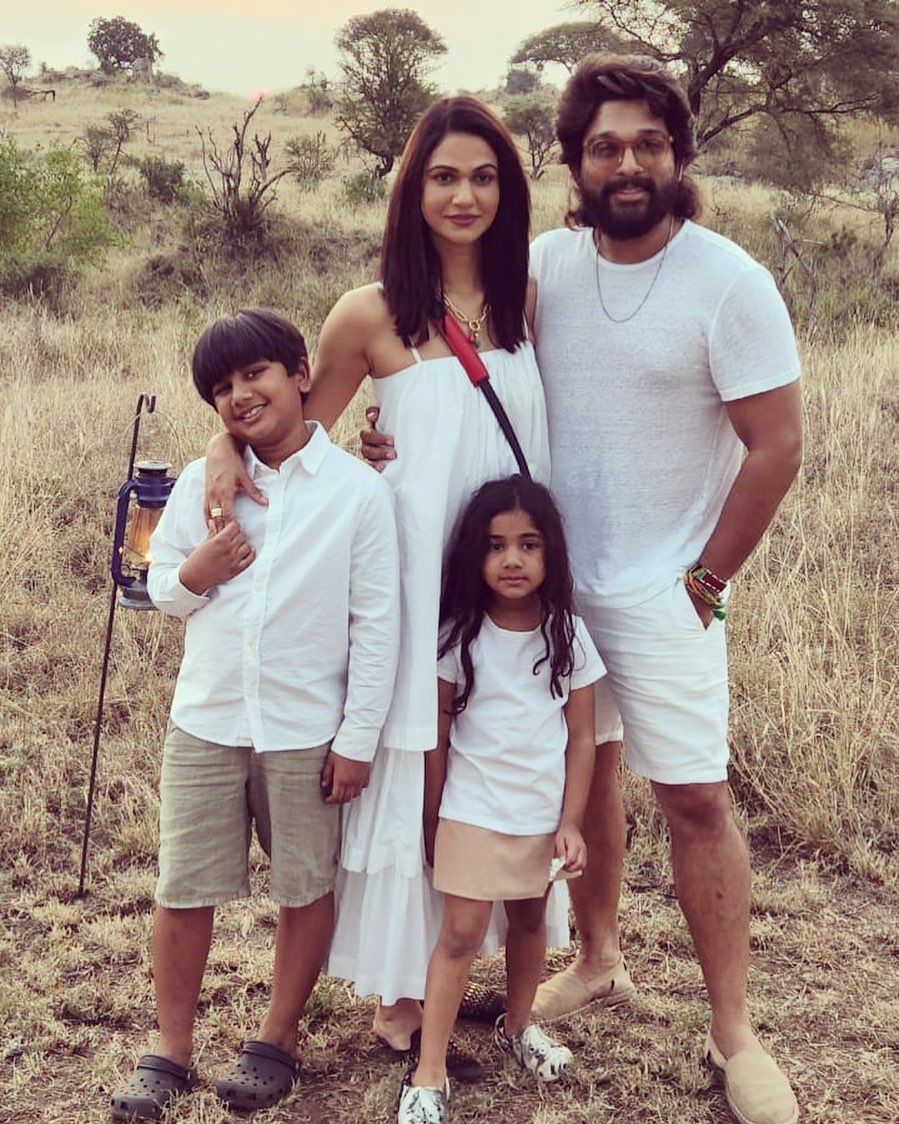 Apart from leaving everyone in awe of him with the way he takes care of his family, Allu Arjun is undoubtedly one of the most romantic husbands in the film industry. Over the last years, we have seen tons of heart-melting gestures from Allu Arjun towards his gorgeous wife, Sneha Reddy. Something similar we had witnessed on September 29, 2021, when Allu Arjun's wife had turned 36, the doting husband had penned a touching birthday wish for her. Sharing a love-filled throwback picture in front of the Taj Mahal, Allu Arjun had penned a few lines for his ladylove, and it could be read as:

"Many many happy returns of the day to the most special person in my life. I am soo lucky to have someone like you in my life, someone who is always pleasant & composed. Happy Birthday … have a great day & many more beautiful years to come." On the professional front, Allu Arjun will reportedly be next seen in the film, ICON.

Allu Arjun's Wife, Sneha Shares A Video Of Their Daughter, Arha, Gifting Them The Most Adorable Gift

When 'Pushpa' Actor Allu Arjun Revealed He Couldn't Hold His Newborn Son, Ayaan For A Couple Of Days