The Ambani family is an inspiration to millions. From the matriarch of the family, Kokilaben Ambani, to the younger lot, Isha Ambani, Akash Ambani and Anant Ambani, each and every member believes in staying to the roots and that's the secret mantra of their success. Despite all the wealth, the Ambanis are the most-humble family.

Mukesh Ambani and Nita Ambani have built their happy nest with their three adorable children, Isha Ambani, Akash Ambani and Anant Ambani. There was a time after Mukesh and Nita's wedding when the latter was told that she couldn’t become a mother. Nita had always wanted to be a mother and would write essays on becoming one in school. She had once revealed in an interview with iDiva that the one door she couldn’t open despite her riches, connections and power, was of becoming a mother. However, she had embraced motherhood and had welcomed her twins, Isha and Akash, through IVF. Three years later, she had given birth to their youngest son, Anant.

Throwback Picture Of The Ambani Family Where Isha, Akash And Anant Were Delicate Teenagers 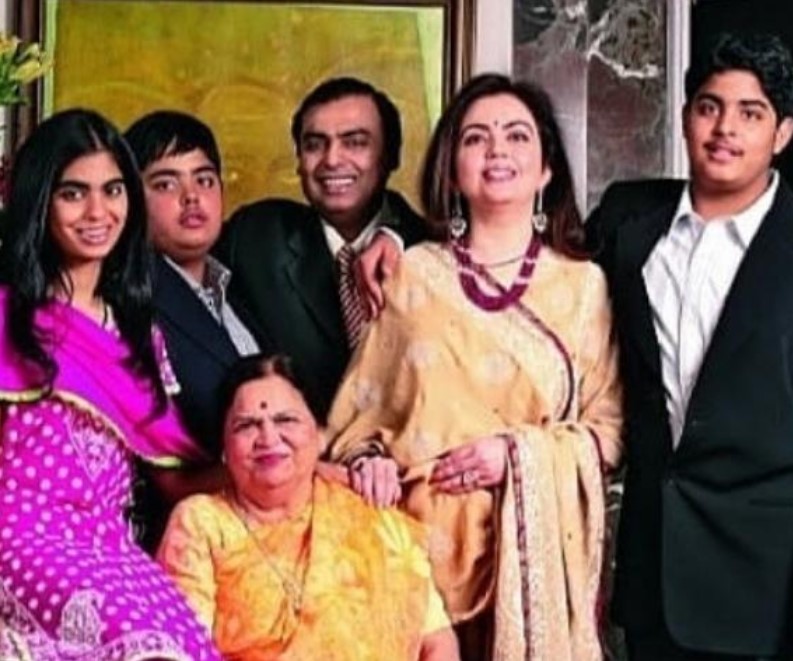 A few moments back, celebrity mehendi artist, Veena Nagda thanked all her celeb clients for trusting her work. As she posted pictures with a lot of celebs on her IG story, what caught our attention was the one where she posed in front of a photo wall of the Ambani family. The memory wall is a treasure as it features a lot of unseen framed pictures of the family. From Isha, Akash and Anant's childhood pictures to their family vacation, and one with Dhirubhai Ambani and Koikilaben Ambani, the picture wall is absolutely unmissable. The space also had flower and candle adornments, giving it an ethereal vibe. Mukesh Ambani and Nita Ambani had got married in the year 1985 when she was just 20-years-old. The first shining lady of the Ambani’s had nurtured her family with love and care. In an interview with the Hindustan Times, Nita had revealed how she had given the right values to her kids and had said:

“Both Mukesh and I grew up in a middle-class, joint family. There was a lot of love, compassion, warmth and understanding, but we also had to give up a lot of things. Our children cannot grow far from the values that they grow up seeing. The kids saw us, Mukesh’s parents and my parents, and they imbibed our values." 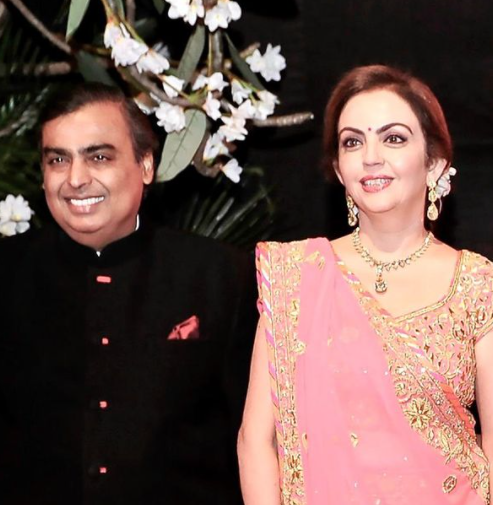 Revealing why she feels it is important to keep her kids grounded, Nita had continued:

"My parents used to stay at Santacruz, and I would take the kids to Churchgate and board a train from there. My mom comes from Ahmedabad, and she used to take them there in the Gujarat Mail train. So they have travelled by local transport, etc. I think it’s important to keep the children grounded. Even now they clean their own rooms. I have kept them out of public life. I don’t like to share my children’s pictures.” 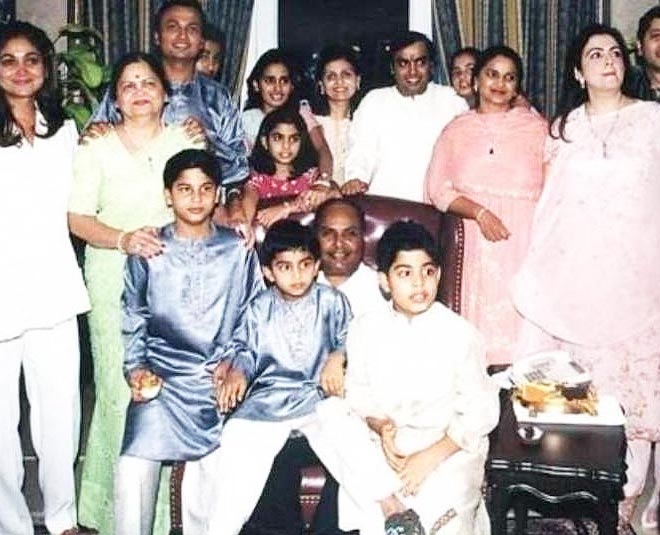 What do you think about Mukesh and Nita Ambani's memory wall!

Also Read: Inside Katrina Kaif And Vicky Kaushal's 'Sangeet': From What They Wore To Their 4.5 Lakhs Worth Cake