Navya Naveli Nanda edited a video of her 'nanu', Amitabh Bachchan's song, 'Jahan Teri Yeh Nazar Hai' and gave a hilarious twist to it. Video inside!

Navya Naveli Nanda is one of the most loved granddaughters of the film fraternity. Despite the fact that she did not opt for a career in Bollywood, she enjoys a follower base of 406k on Instagram. Over there, Navya treats her fans with some unseen and adorable pictures of the Nanda-Bachchan clan. And her social media handle speaks volumes about her bond with her nanu, Amitabh Bachchan and nani, Jaya Bachchan.

For the uninitiated, Navya Naveli Nanda is the daughter of Amitabh Bachchan's daughter, Shweta Bachchan Nanda and her husband, Nikhil Nanda. From weddings, birthday parties to get-togethers, the members of the Nanda-Bachchan family make heads turn on each and every occasion of the family. Also, netizens love to see how Navya and Big B share an adorable bond and fun banters with each other.

Navya Naveli Nanda Credits 'Nani' Jaya Bachchan For Being Her Inspiration, Says 'She Has A Spine' 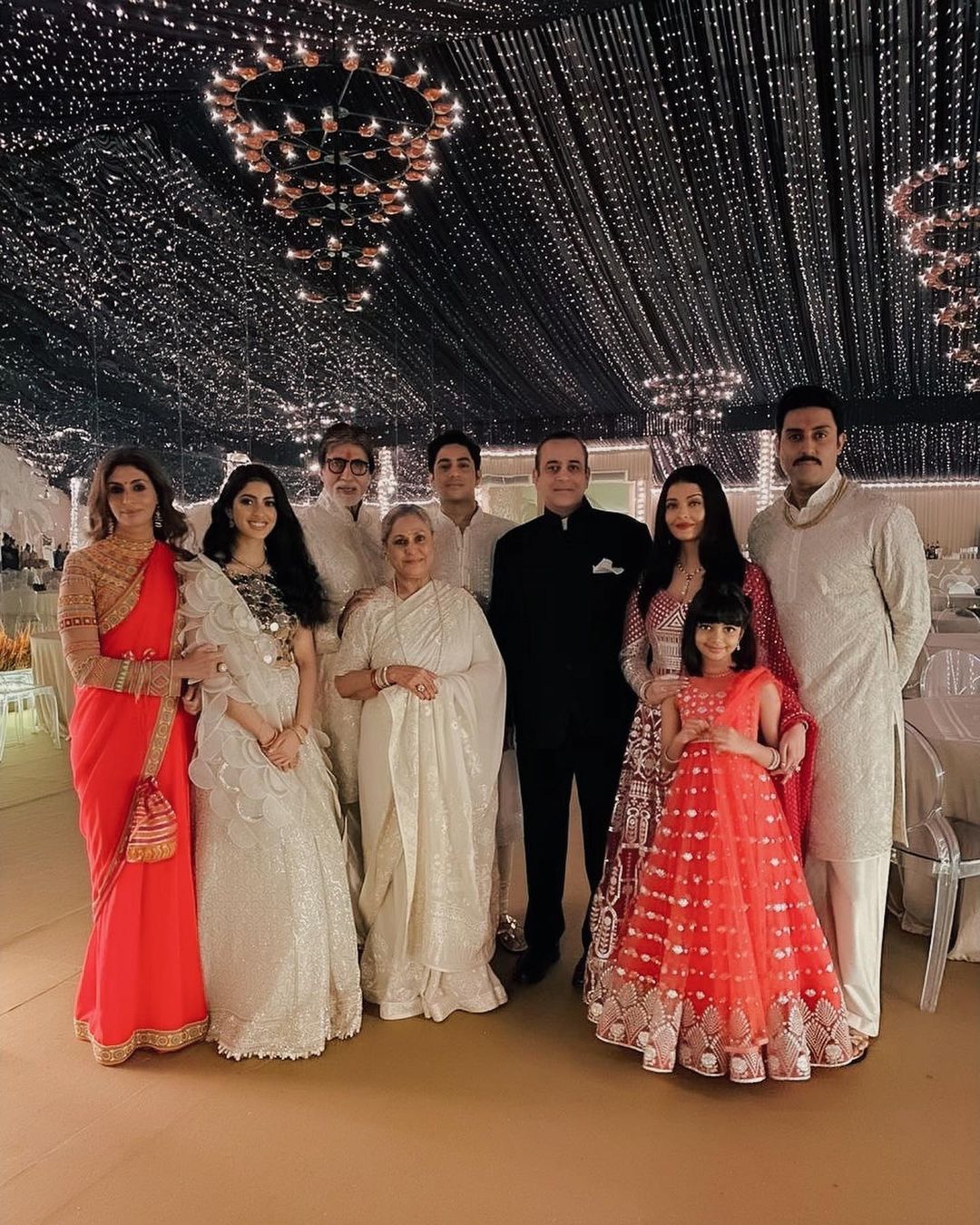 On August 15, 2021, Amitabh Bachchan took to his Instagram handle to share a video of his famous song, Jahan Teri Yeh Nazar, from the film, Kaalia, which was edited by his dearest granddaughter, Navya Naveli Nanda. Over a span of more than five decades, Amitabh Bachchan has delivered some epic songs. However, the video's soundtrack was edited with another hit Sri Lankan track.

Amitabh Bachchan couldn't resist himself from sharing the video and called Navya a 'genius' for coming up with this version of the song. Alongside the video, the veteran actor wrote, "Part 2 .. Kya Kiya.. Kya Hogaya..But truly an ode to that incredible Sri Lankan song ‘Manike Mage Hithe’ .. and edited here to my KALIA song by the genius in the house , grand daughter NAVYA NAVELI .BUT honestly “Manike .. playing in loop whole night .. impossible to stop listening to it .. SUUUPPEEERRRBBB." 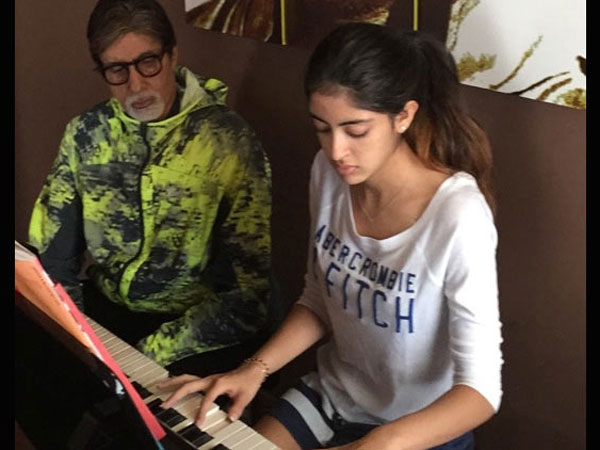 On June 30, 2021, Amitabh Bachchan had taken to his IG handle to share a picture of him riding the Harley-Davidson bike. He was seen in a black leather jacket, cool shades and the coolest bike. And he had captioned the picture as "… riding a Harley is a world of its own .." Reacting to the picture, Navya had called her nanu, "The coolest" 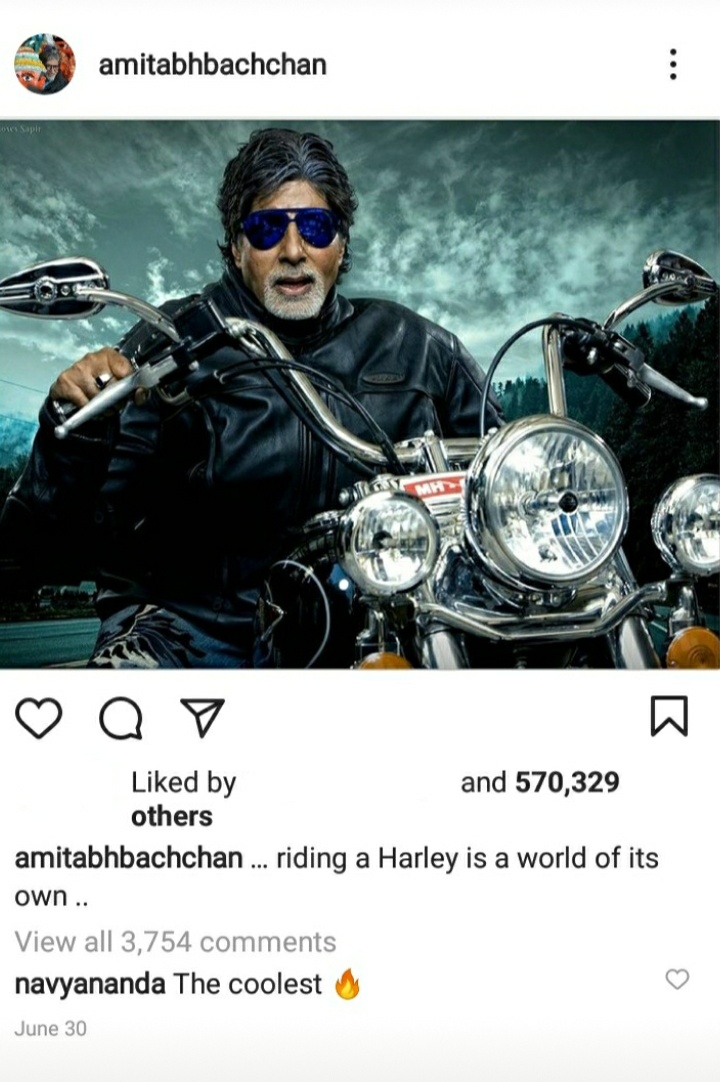 On October 11, 2020, Navya Naveli Nanda had taken to her IG handle to pen a heartwarming note for her dearest nanu on his birthday. She had posted a picture in which she was seen hugging him and had written, "The line will always start from where you stand happy birthday to the greatest of all time but worst charades player ever. I love you nana!" 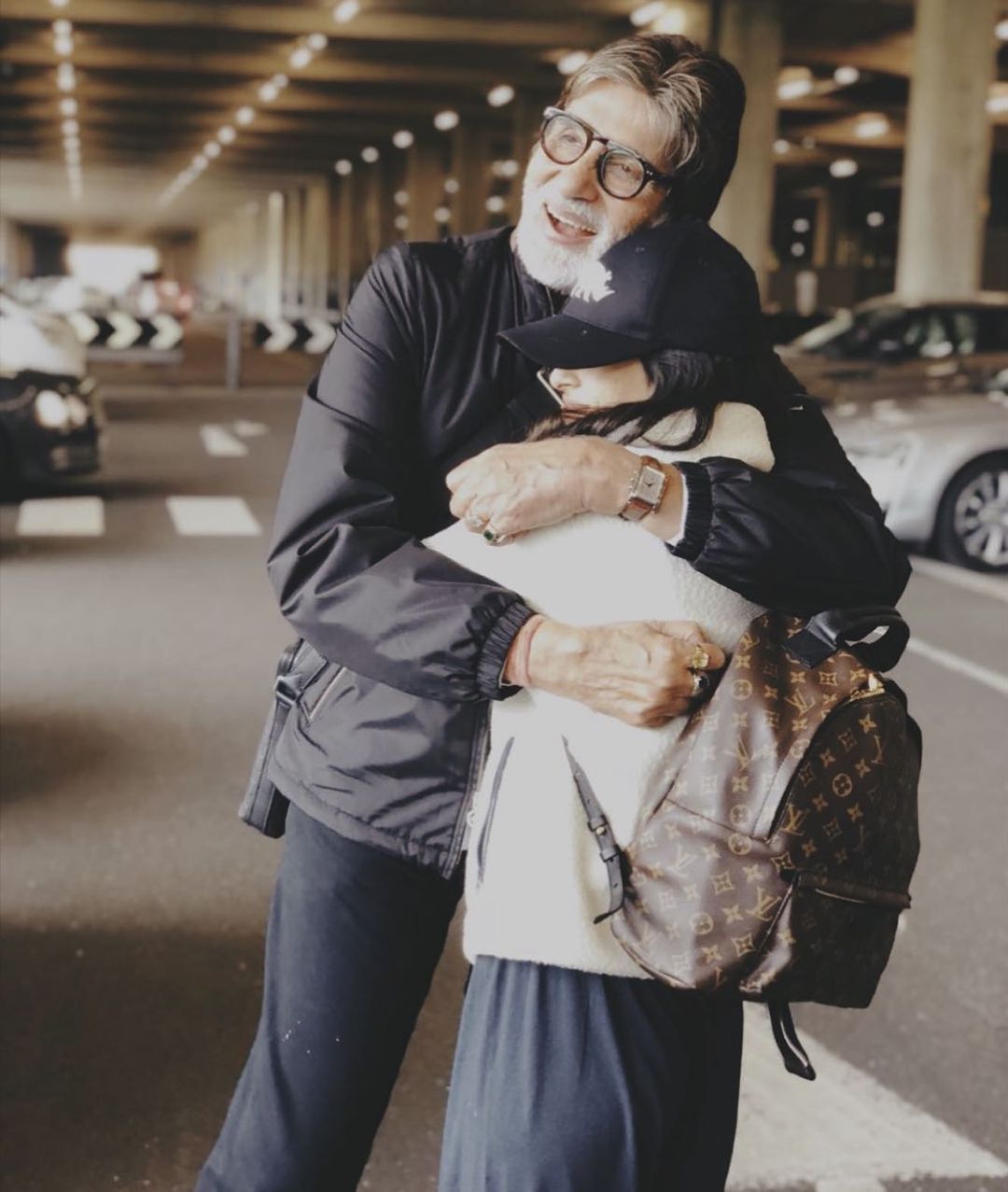 Also Read: Ratna Pathak Recalls Her Beach Wedding With Naseeruddin Shah, Says There Were 'No Rituals, No Roona'

On the work front, Navya Naveli Nanda is one of the founders of Aara Healthcare. 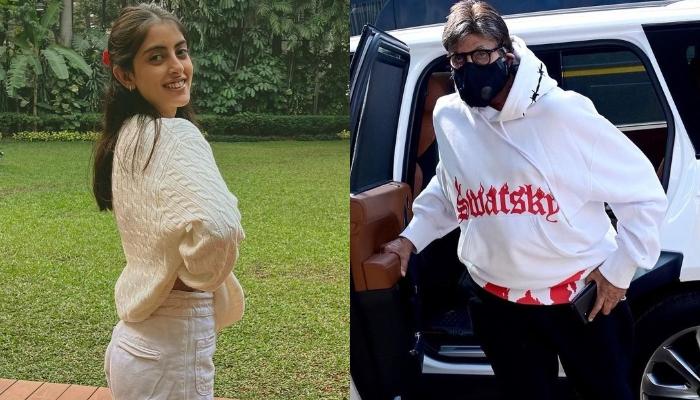 Bollywood superstar, Amitabh Bachchan's style statement is always on point. He knows how to carry off his professional suits and also knows how to leave his mark with the casual ensemble. However, his recent look has been winning our hearts, and his granddaughter, Navya Naveli Nanda, also became a fan

Navya Naveli Nanda Credits 'Nani' Jaya Bachchan For Being Her Inspiration, Says 'She Has A Spine'