Amitabh Bachchan is the most powerful name in the Indian Cinema. The actor recently recalled an emotional incident from his childhood.

We often look at celebs and envy the glamourous lifestyle they portray. From their plush abodes to their luxurious possessions, everything about them makes us jealous and we wish to lead a life like our favourite celeb. But we often forget that nothing comes easy in life as one has to strive to achieve all these things. There is a lot of hard work and struggle behind the larger than life picture they portray and that is the reason they stay grounded even after all the successes. The Shahanshah of Bollywood, Amitabh Bachchan has recently recalled one such emotional moment from his childhood. (Also Read: Riddhima Kapoor Sahni Gives A Glimpse Of The 'New Normal' As She Steps Out With Mom, Neetu Kapoor)

Amitabh Bachchan is not just a name, but an institution of talents. Being one of the most powerful names in the world of Indian cinema, he has always stunned the audiences with his effortless acting and stellar performances. Son of veteran poet, Shri Harivansh Rai Bachchan and social activist, Teji Bachchan, Amitabh Bachchan was born to shine. The French director, Francois Truffaut has rightly called him a ‘one man industry’ as there is, was and will never be one like him. The actor, who is currently hosting the 12th season of Kaun Banega Crorepati,recalled a heartmelting incident from his school days.

Amitabh Bachchan Has The Most Special Tribute For Mother's Day, Sings An Emotional Song [VIDEO]

Amitabh Bachchan Remembers His Father, Harivansh Rai Bachchan As He Pens An Excerpt Of 'Madhushala' In the latest episode of Kaun Banega Crorepati, when a contestant shared his childhood story when he wanted to eat bhel but couldn’t afford it due to financial constraint, Amitabh Bachchan shared a similar event from his childhood. Amit ji took a trip down the memory lane and recalled a similar incident when he had asked his mother, Teji Bachchan for 2 rupees to join the school cricket team. He revealed that he was denied the money as they couldn’t afford it. Reminiscing the incident, the actor stated, "2 Rupees ka mulya kya hai woh aaj hume yaad ata hai.” Behind every successful man, there is a woman. Well in Amit ji’s case, there are two, his mother, Teji Bachchan and wife, Jaya Bachchan. Do you know, it was Teji ji, who had introduced Amit ji into the world of theatre and cinema. Amit ji had shared a very warm rapport with his mother and had often mentioned in his blogs that she was the one, who had shaped him as a person. (Also Read: Bella-Vienna Try To Hear The Heartbeat Of The Baby In Mom, Teejay's Tummy, Predict What's Inside)

On the birth anniversary of Teji Bachchan on August 12, 2020, Amit ji had taken to his IG handle and had shared a picture of himself planting a Gulmohar sapling in her name. In the caption, he had mentioned that he had planted a Gulmohar sapling when he had gotten his house, Prateeksha and how a storm had brought the tree down. His caption which had begun with a Hindi poem written by his late father, Harivansh Rai Bachchan could be read as ““Jo base hain wo ujadte hain, pragati ke jad niyam se. Par kisi ujade hue ko, phir basaana kab mana hai? Andheri raat par diya jalaana kab mana hai?” This large ‘gulmohar’ tree was planted as a sapling by me when we got our first house Prateeksha in 1976... the recent storm brought it down... but yesterday on my Mother’s birthday Aug 12th I replanted a fresh new Gulmohar tree in her name… at the same spot!” In an interview with DailyBhaskar.com, Amitabh Bachchan had beautifully revealed that he doesn't need to remember his mother on her birthday as she has a permanent residence in his heart. He had said, "Mother is always a Mother. She settles in our body and mind. The one who is already settled in my heart how to I recall her? It is our body; how will you make remind of it. It is our soul and everything. Mother is to be worshipped not remembered." (Also Read: Bipasha Basu Shares Unseen Childhood And Wedding Reception Pictures To Wish Her Sister On Birthday)

What do you think about Amit ji’s heartmelting story? Let us know. 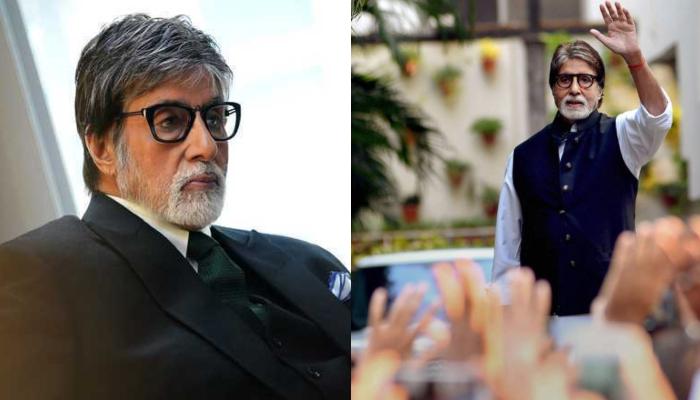 Born on October 11, 1942, as Amitabh Srivastava to his father, Harivansh Rai Bachchan, who was a legendary Hindi poet of his time and social-activist-mother, Teji Bachchan, the young man was destined to be as great as his parents. The young Amitabh had completed his higher education at Kirori Mal College,