On International Women’s Day, the 'Shahenshah' of Bollywood, Amitabh Bachchan posts a heartmelting wish for the women in his life.

Amitabh Bachchan is not just a name, but an institution of talents. Being one of the most powerful names in the history of Indian cinema, he has always stunned the audiences with his effortless acting and stellar performances. Son of veteran poet, Shri Harivansh Rai Bachchan and social activist, Teji Bachchan, Amitabh Bachchan was born to shine. The French director, Francois Truffaut has rightly called him a ‘one man industry’ as there is, was and will never be one like him.

Amitabh Bachchan has often regarded his mother, Teji Bachchan and wife, Jaya Bachchan as the two biggest strengths of his life. It was Teji Bachchan, who had introduced Amit ji to the world of theatre and Jaya ji, who had believed and stood like a pillar to support his dreams. The Shahenshah of Bollywood, Amitabh Bachchan dotes on his family and never misses an opportunity to shower his love on them and express what they mean to him. And today, on International Women’s Day, Amit ji paid a special tribute to the women in his life. Amitabh Bachchan often remembers his mother, Teji Bachchan and how she had always kept him grounded. In one of the episodes of Kaun Banega Crorepati season 12, he had recalled a heartmelting incident from his school days. In an episode when a contestant had shared his childhood story when he wanted to eat bhel but couldn’t afford due to financial constraint, Amitabh Bachchan had shared a similar incident from his childhood. Amit ji had recalled a similar incident when he had asked his mother, Teji Bachchan for 2 rupees to join the school cricket team. He had revealed that he was denied the money as they couldn’t afford it. Reminiscing the incident, the actor had stated, "2 Rupees ka mulya kya hai woh aaj hume yaad ata hai.” 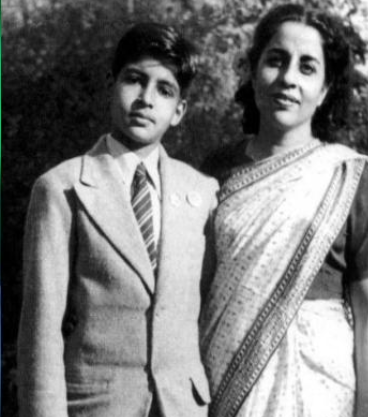 Amit ji had once written a letter for his granddaughters, Navya Naveli Nanda and Aaradhya Bachchan, which could be read as “My very dearest Navya and Aaradhya, You both carry a very valuable legacy on your tender shoulders – Aaradhya, the legacy of your pardadaji, Dr Harivansh Rai Bachchan…and Navya, the legacy of your pardadaji, Shri H P Nanda…. Both your pardadajis gave your present surnames celebrated fame, dignity and recognition! Both of you may be a Nanda or a Bachchan, but you are also girls…women! And because you are women people will force their thinking, their boundaries on you. They will tell you how to dress, how to behave, who you can meet and where you can go." His letter had further stated, "Don’t live in the shadows of people’s judgement. Make your own choices in the light of your own wisdom. Don’t let anyone make you believe that the length of your skirt is a measure of your character. Don’t let anyone’s opinion of who you should be friends with, dictate who you will be friends with. Don’t get married for any other reason other than you want to get married. People will talk. They shall say some terrible things. But that doesn’t mean you have to listen to everyone. Never ever worry about – log kya kahenge.” 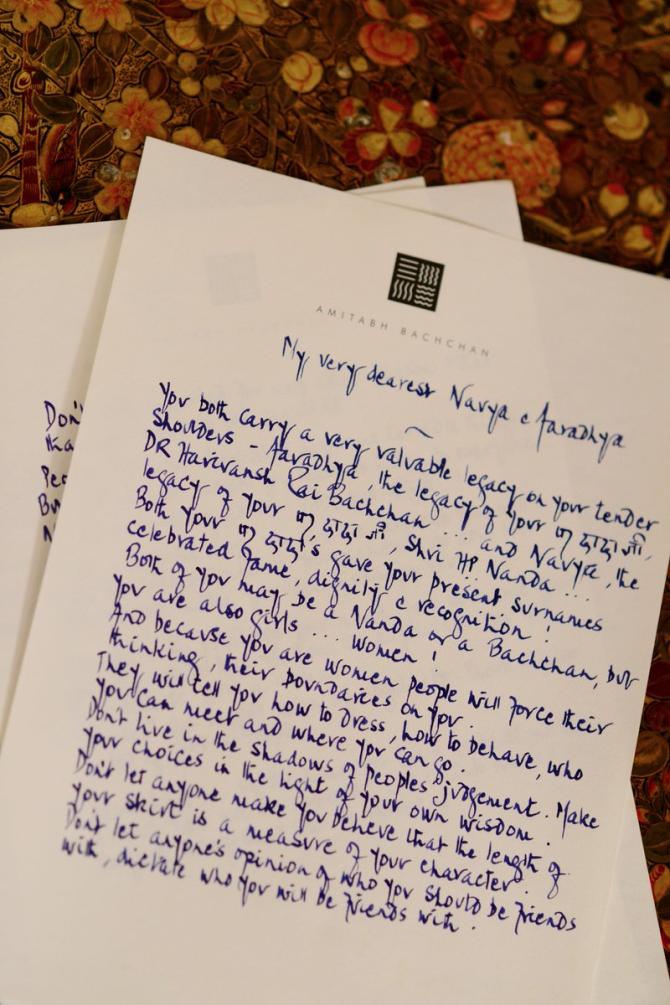 He had concluded his letter by saying, "But I believe that it is women like you that will change that. It may not be easy, setting your own boundaries, making your own choices, rising above people’s judgment. But YOU! you can set an example for women everywhere. Do this and you would have done more than I have ever done, and it will be my honor to be known not as Amitabh Bachchan, but as your grandfather!! With all my love Your Dadaji your Nana.” What do you think about Amit ji’s wish for the women in his life? Let us know.