In the upcoming episode of 'Kaun Banega Crorepati 13', Hema Malini, Amitabh Bachchan, and Ramesh Sippy, will share fun moments from the 'Sholay' shoot.

In the upcoming episode of the popular comedy reality show, Kaun Banega Crorepati Season 13, we will see the actors, Hema Malini, Amitabh Bachchan and filmmaker Ramesh Sippy celebrating Hindi cinema’s classic film, Sholay. While Hema Malini, Amitabh Bachchan, and Ramesh Sippy will be seen on the sets, Dharmendra’s presence will be missed. In a promo of the show, the actors talked about their fun moments while shooting for the movie.

For the unversed, the film, Sholay was released 46 years ago on August 15, 1975. It featured Amitabh Bachchan, Dharmendra, Hema Malini, Sanjeev Kumar, Jaya Bachchan, and many others. However, as per reports, it was revealed that during the shoot of Sholay, Dharmendra had paid light boys to drop and distract the shot so that they had to go through many retakes. He had done all this to get a chance to spend more time with Hema Malini.

Amitabh Bachchan Talks About Jaya Bachchan's Bargaining Skills, Answers If She Allows Him To Party

Recommended read: Inside Sara Tendulkar's In-House Birthday Party, Her Pig-Faced Cake Is Too Adorable To Be Missed The actors shared interesting stories from their shoot days, and Amitabh and Hema also enacted scenes from their film, Sholay. While Hema recreated Dharmendra‘s popular dialogue, “Basanti, in kutton ke samne mat nachna," Amitabh delivered the famous dialogue, "Agrezo ke zamaane ke jailer hai," originally said by Asrani in the movie. They took everyone down the memory lane and left the audience in awe.

In a segment of the show, Kaun Banega Crorepati Season 13, Amitabh asked Sholay’s director, Ramesh Sippy, why did he consider him for the role of Jai in the film. To which the filmmaker replied, “Anand mein aapne bohot badhiya kaam kiya. Bombay To Goa mein aapne light role kiya. So, this seems to be an actor who could do anything.” Hearing this, Big B got delighted and asked Sippy with a bright smile, “Mere baare mein aapko aisa laga?” To which the filmmaker gave his confirmation. 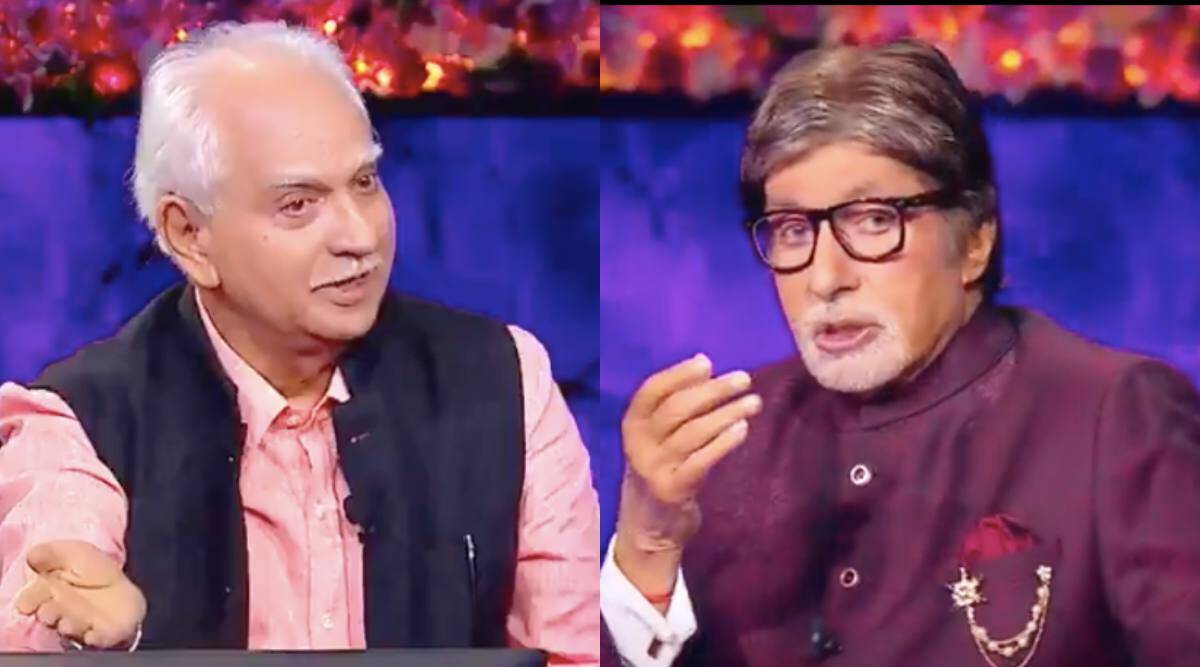 During another segment of the episode, Big B will be seen sharing some interesting anecdotes from the shoot of Sholay. In the promo, he can be seen saying, “The scene where I am playing a mouth organ and Jaya (Bachchan) is lighting the lamp, it took three years to take that one shot.” 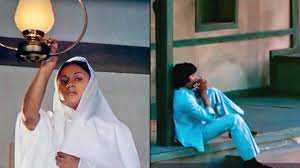 Dharmendra, who also joined the team through a video call shared how once he walked 28 miles to the shoot location. However, what grabbed our attention was that while narrating an incident Big B was afraid that it might miff Dharmendra, and he said, “Bohot maarenge jo hum bataane vaale hain…” 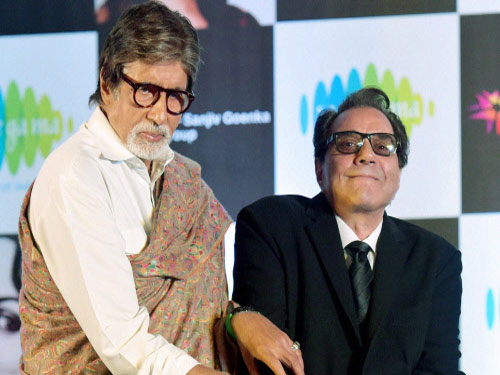 The iconic duo of 'Jai-Veeru' has won zillion of hearts and even today, their fans continue to shower heaps of love and praises for both the actors. Years passed and even now, the Sholay actors, Amitabh Bachchan and Dharmendra share a warm bond with each other. They both are grandparents to their respective grandkids and are in the happiest place of their lives. However, they continue to keep their fans and well-wishers updated about their special moments on their respective social media handles. 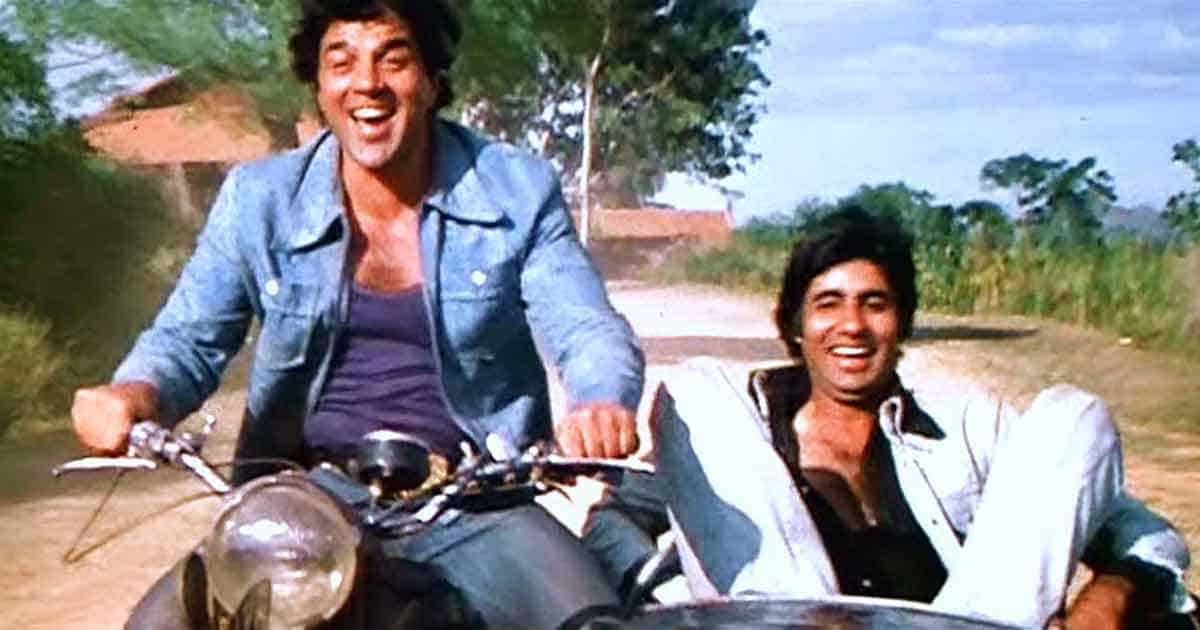 On October 11, 2020, Dharmendra had taken to his Instagram handle and had shared a video of his car. In the video, he could be seen standing next to his car as he had introduced his ‘beloved baby’ to his fans and followers. It was a vintage car, a black Fiat, which holds a special place in the actor’s heart. Along with it, Dharmendra had penned down a touching note which could be read as “Friends, Fiat, my first car, my beloved baby… Very close to my heart. His great blessings in the life of a struggler.” In the video, standing next to his car, the veteran actor had said, “Hi friends, my first car. I bought it for Rs.18,000 only. In those days, Rs. 18,000 was a great thing. I have kept it nicely. Looks good? Pray for it, it should always be with me.” 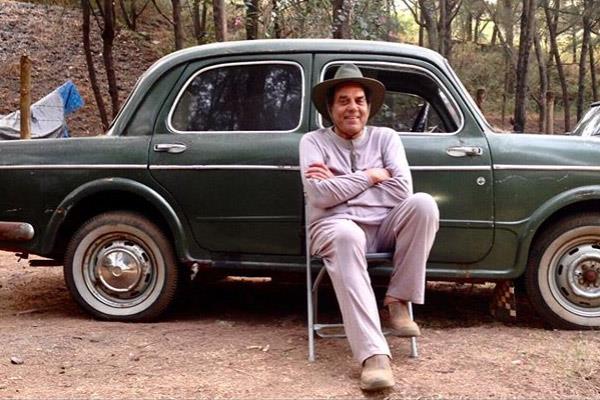 On October 10, 2021, Amitabh had taken to his Instagram handle and had posted a collage of his pictures with a caption that could be read as “walking into the 80th.” In the pictures, we could see the veteran actor walking in style in a grey jacket, dark trousers paired with a side bag. However, his daughter, Shweta Bachchan Nanda, had swiftly slid into the comment section of her father’s post and had corrected him by reminding him that it was his 79th birthday. The Sholay reunion will air on Sony Entertainment Television on October 16, 2021, at 9 pm.

Don't miss: Shahid And Mira Stepped Out With Their Kids, Left Their Fans Wondering How Quickly The Kids Grew Up 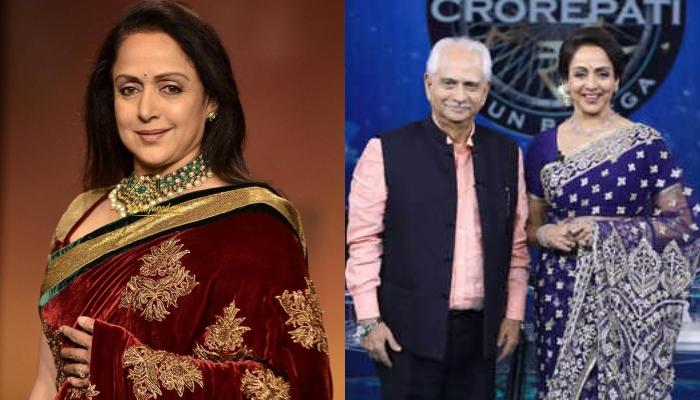 Veteran actress, Hema Malini along with renowned director, Ramesh Sippy, graced the Shaandaar Shukravaar episode of the popular quiz show, Kaun Banega Crorepati 13. This special episode showcased a reunion of the cast of the iconic film, Sholay. The evergreen actress and the show's host, Amitabh Bachchan, spilt some unknown