Sonam Kapoor and Anand Ahuja walked down the aisle on May 8, 2018, in a big fat Punjabi wedding. Sonam and Anand’s wedding rituals took place as per Sikh marriage, which was then followed by Anand Karaj ceremony. Sonam looked ethereal in a traditional red lehenga and vintage jewellery. On the other hand, Anand complemented her well in his fawn sherwani. Ever since the lovebirds tied the knot, they have been spilling charms as their social media PDA game is bang on. (You May Also Like: Sidharth Malhotra's Rumoured Ex-GF Jacqueline Fernandez Attends His Starry Birthday Bash Last Night)

Lately, Anand shared a blissful picture with Sonam as the couple hug each other by the side of a river (above). Anand captioned the snap as, “Smile w the risin' sun ... (well in this case the setting sun, but you get the point, just smile!) #everydayphenomenal #FBF”. Sometime back, he shared an unseen picture from his wedding with Sonam (below) and captioned it as, “Homecoming of hope, the celebration of life and thanksgiving for every day and every moment... #EverydayPhenomenal #Diwali #TBT”. Now, there is a #10YearsChellenge going on wherein everyone is posting their 10 years ago and present pictures in a collage. So, Sonam also took the challenge and shared posters of Delhi 6 and her upcoming film, Ek Ladki Ko Dekha Toh Aisa Laga. The Neerja actress captioned the post as, “#10yearchallenge #23to33 from DELHI 6 to ek Ladki Ko Dekha toh AISA Laga. do you think I got dads genes??? @anilskapoor”. On this post, Sonam’s hubby Anand commented, “Show offfffff! Haha,” followed by heart and kiss emojis. Here’s the post, followed by the screenshot of Anand’s comment: 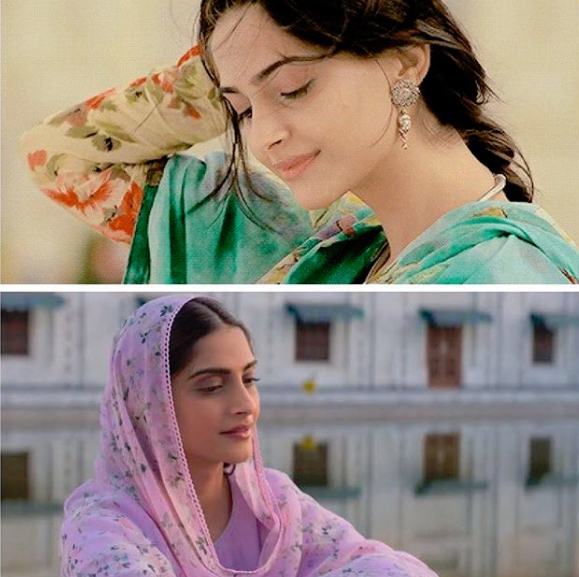 Some time back, Sonam shared a series of unseen pictures from her wedding, and in the captions, she revealed details of how love blossomed between the two. So much so, along with one of those posts, she revealed how supportive her husband is. Sonam penned, “Anand is so encouraging when it comes to my work that he didn’t blink when I told him I was flying to Cannes two days after the wedding or that I was getting into promotions straightaway. There was no argument, just acceptance—you gotta do what you gotta do. #EverydayPhenomenal @anandahuja”. Revealing her love story, she wrote, “I was apparently wearing the worst sneakers he had ever seen. I keep telling him that he fell in love with me despite my bad sneaker game… That day, walking and talking in London, I knew he was the love of my life. He apparently knew the first time we spoke on the phone… It was just so easy.” (Checkout: Karanvir Bohra's Baby Bella Gets Her Toy Back From Bigg Boss House But There Is Little Pain, Video)

Sham Kaushal Reacts To Katrina Kaif's Anniversary Post, 'Puttar You Have Brought So Much Happiness' 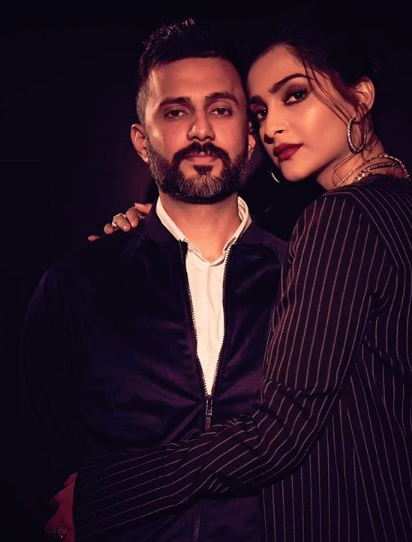 In a media interaction, Anand divulged the details about their first date or his first conversation with Sonam, so to say. He was quoted as saying, “The first time we met, we talked about our respective work. I was just struck by the fact that I could speak to her so openly about everything. We were chatting on Snapchat one night and she said, ‘Stop texting, just call me.’ And we spoke for two hours that night… Our friendship started over superficial things like vegan chocolates and sneakers but soon we were having deeper conversations”. He also added, “She gives me a lot of confidence. Sonam’s very black and white. She knows what’s wrong and what’s right, and is not afraid to say it.” (Also Read: Taimur Ali Khan And Inaaya Naumi Kemmu Meet For A Playdate, She Watches Him Run Towards The Swing) On working right after her wedding, Sonam remarked, “Yes. There has been a whole revolution with the #MeToo campaign where women are standing up for what they think is right and are asking for the respect they deserve. The team of L’Oréal Paris resonates the same thought I have, and they made sure that I was there, representing the brand, and women of worth on the red carpet. I’m also representing Indian women who know that they should work, regardless of anything”. 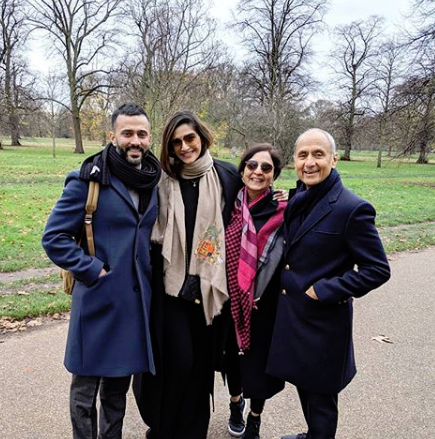 Sonam got a lot of flak on changing the name after marriage and on the same note, she quipped, “I’ve always maintained that I’m a feminist. I have a choice to change my name when I want to do it. The fact is that Kapoor is also my father’s surname. So, I chose to keep both. And just to be a part of our family, Anand has also changed his name. But nobody wrote about that! My husband or his family has not asked me to do anything. Likewise, he did it on his own. We anyway take our father’s names, so if we can give that respect to them, we can give the same respect to our husbands, too. It’s my personal choice and somebody judging me for it is ridiculous”. (Do Check: Srishty Rode Helps Rohit Suchanti To Up His Social Media Game Post Break Up With Manish Naggdev)

A lot is changed in these 10 years, Sonam. You are climbing the ladder of success really well. Wish you all the very best for your future endeavours! It was a ‘big fat Punjabi wedding’ for one of the beautiful damsels of Bollywood, Sonam Kapoor. The Neerja actress, who is flying high on the professional front, is doing fantastically well in her personal life as well. Sonam walked down the aisle with the handsome hunk and her businessman-boyfriend, Anand