Rhea Kapoor's interesting gesture has left the netizens wondering if her sister, Sonam Kapoor Ahuja's husband, Anand Ahuja not a part of the Kapoor family!

The B-town is buzzing with the happy news of Anil Kapoor’s younger daughter, Rhea Kapoor’s wedding. While her intimate wedding has raised many brows, there is no denying that the happiness on Rhea and her longtime boyfriend, Karan Boolani’s face is worth it all. Rhea Kapoor had tied the knot with Karan Boolani on August 14, 2021, in a close-knit ceremony.

After a long wait, on August 16, 2021, Rhea Kapoor had shared pictures from her wedding ceremony with Karan Boolani. Along with the picture, Rhea had penned an appreciation post for Karan and her family members. She had written, “2 years later, I shouldn’t have been nervous or overwhelmed because you’re my best friend and the best guy ever. But I cried and shook and had stomach flips all the way through because I didn’t know how humbling the experience would be. I’ll always be that girl who had to come home to juhu at 11 pm before my parents fell asleep.” 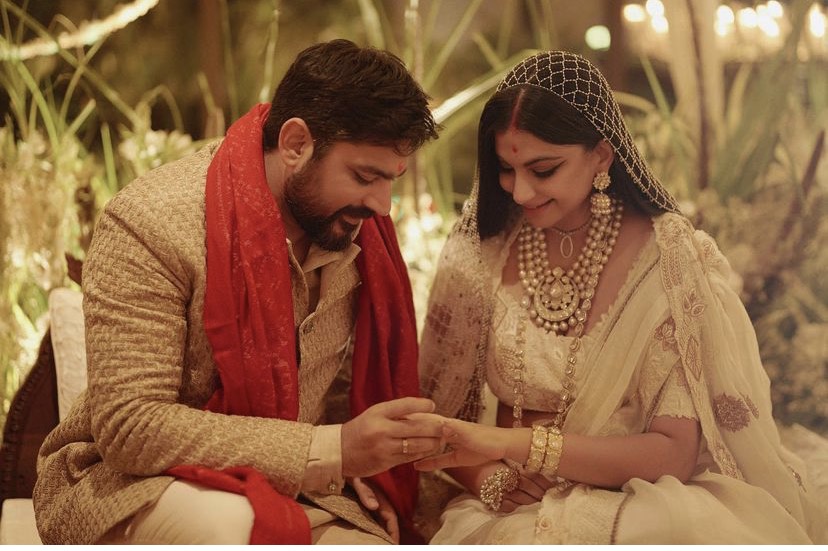 Continuing with her appreciation post, Rhea had tagged her family members. She had concluded her note, “Only until now I didn’t know how lucky I was to feel torn. I hope we make a family so close that we have many, many loves of our life. Mine are @karanboolani @anilskapoor @kapoor.sunita @sonamkapoor and @harshvarrdhankapoor forever more.” Well, as Rhea did not tag her brother-in-law, Anand Ahuja, it left netizens wonder if he is not a part of their family. While one user wrote, “Anand jijaji kahan gaye,” another one wrote, “you missed @anandahuja Is he not family..??? @rheakapoor.”

Everyone was waiting for the pictures of the bride and groom, Rhea and Karan after their wedding on August 14, 2021. The newlyweds were spotted leaving Anil Kapoor’s residence in Juhu, where the wedding had taken place and their glimpses had gone viral over the internet. Karan Boolani had worn a golden kurta with a red bandhani dupatta, Rhea had worn a red outfit.

The privacy of Rhea Kapoor and Karan Boolani’s wedding had made their fans wonder if they had even tied the knot. A section of netizens had started trolling them for the same. While some had commented that their wedding was just a formality, some had wondered if Rhea is pregnant. One user had commented, “Naam ki wedding h inke liye toh... Ye toh shadi se pehle se sab saatj rehne lgte h,” another user had written, “Must be pregnant that's why.” 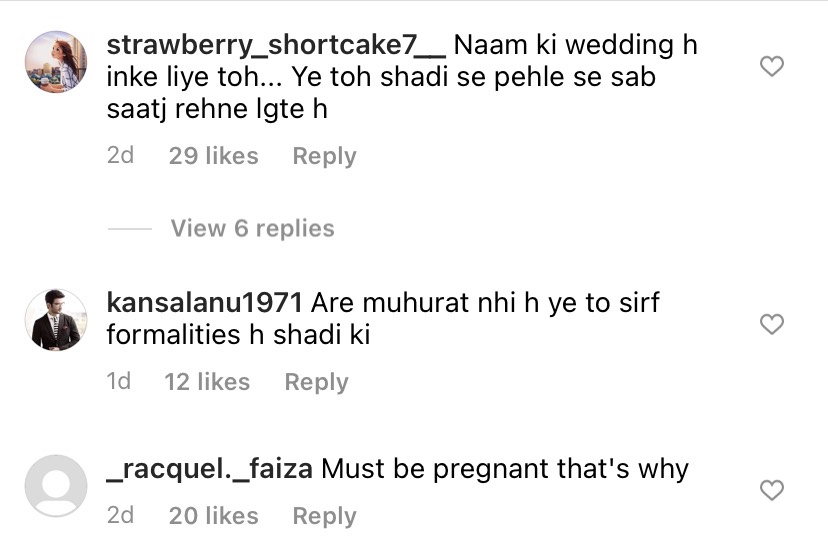 For the wedding, Rhea had donned a chanderi saree designed by Anamika Khanna, along with her mommy, Sunita Kapoor's jewellery. The highlight of her bridal look was her unique pearl veil designed by Birdhichand Ghanshyamdas Jewellers. Alongside the picture, Rhea had thanked everyone for turning her bridal dream into reality. She had written, "On my most vulnerable day, thank you for taking care of me. 14.8.21. My chanderi sari by @anamikakhanna, my most non-judgemental, patient friend. My jewels by my mom my everything @kapoor.sunita. The Pearl veil, vintage by @birdhichand. Beauty by my rock @namratasoni. Pictures by my angels @thehouseofpixels." 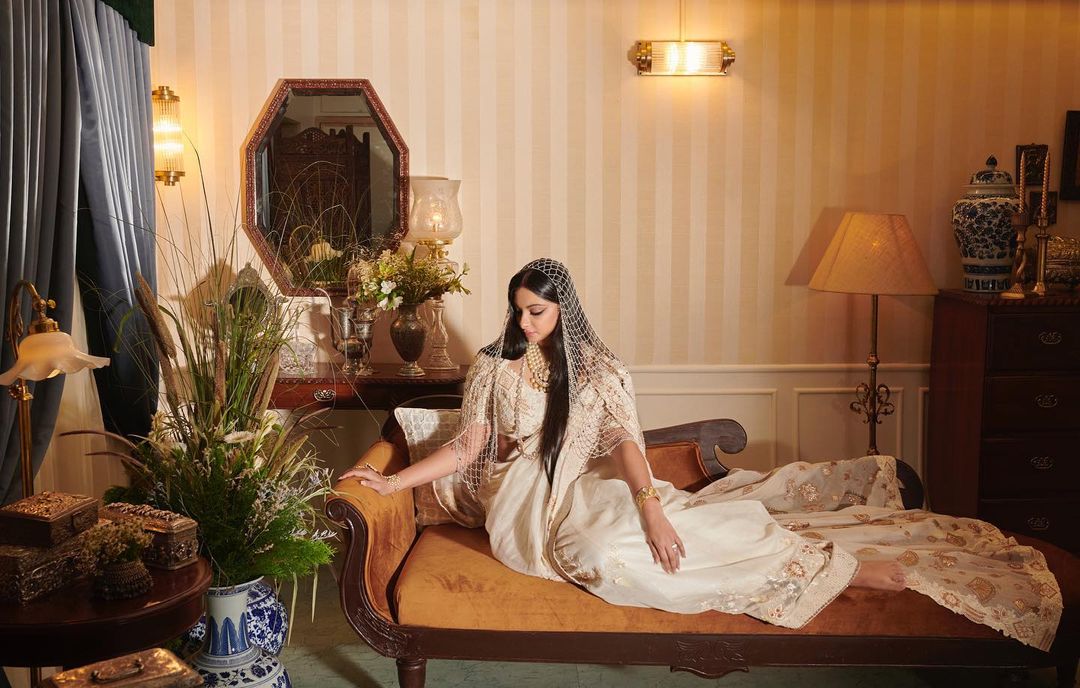 On the other hand, there are rumours that Sonam Kapoor and Anand Ahuja are expecting their first child together! 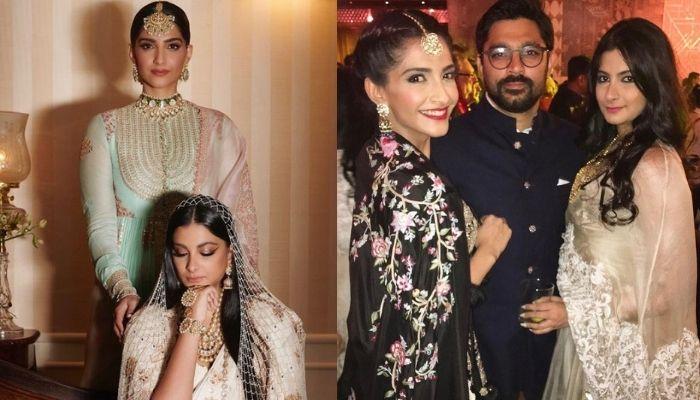 No matter you live together or far away, watching your sibling get married is a moment of emotions. Sonam Kapoor Ahuja and Rhea Kapoor have been inseparable, whether in their personal or professional lives. And watching Sonam get emotional at her sister, Rhea’s wedding depicts her pure and immense love for