During his appearance on 'Koffee With Karan' back in 2010, Anil Kapoor mentioned his 'Badhaai Ho Badhaai' co-star, Shilpa Shetty's lip job when asked to name the 'bad botox' in recent times. Find out!

There are few actors in the Indian film industry, who have stopped ageing and are still inspiring us with their incredible fitness and impressive acting chops for some decades now. One such actor is everyone's favourite, Anil Kapoor. Over the decades, the handsome actor has made us laugh and cry with his blockbuster films like Judaai, Beta, Ram Lakhan, Laadla, Nayak: The Real Hero, Tezaab, Mr India, Bulandi, Dil Dhadakne Do, Jug Jugg Jeeyo, and the list goes on.

Apart from his professional success, Anil Kapoor is a perfect family man who never skips a chance to be with his wife, Sunita Kapoor and their kids, Sonam Kapoor Ahuja, Rhea Kapoor, and Harsh Varrdhan Kapoor. When he's not around them, he never forgets to drop pictures with them on his social media handles. He is no doubt a hands-on family man!

Shilpa Shetty And Raj Kundra Pick Their Daughter From School, The Latter Didn't Step Out Of His Car

Shilpa Shetty Chopped Half Her Hair For The Sake Of Her Husband, Raj Kundra's Bail? Reports Suggest

Recommended Read: When Ranveer Singh Served Coffee In The US, Used To Talk Like 'Apu' From 'Simpsons' To Attract Girls In 2010, Karan Johar welcomed the ever-so-charming and handsome actor, Anil Kapoor, on his celebrity talk show, Koffee With Karan. During the course of the show, Karan asked a lot of controversial questions to the actor. However, the man is known for his clever and witty nature, and Anil handled most questions with utter grace. However, one question that had caught a lot of attention was when Karan asked Anil to name the celebrity, whose botox job he didn't like at all. After taking some time to think, Anil Kapoor mentioned his co-star, Shilpa Shetty. He had said:

"I didn't like the way Shilpa Shetty had done her lips when she was shooting for Badhaai Ho Badhaai." Going further in his answer, the actor also explained how his co-star, Shilpa Shetty's lip job disturbed the continuity of their film, Badhaai Ho Badhaai, to an extent. Anil Kapoor also explained why he never liked Shilpa's lip job during the initial phase. However, he admitted that Shilpa's lips looked quite impressive after lip treatment was settled after a few months. Calling Shilpa's lips 'fantastic', Anil had said:

"My entire continuity went for a toss. Her lips became bigger, and I said, 'You just shot for this film and suddenly there'll be continuity jump'. Itne mote mote lips hogaye the. But now her lips are fantastic." There's no denying the fact that Shilpa Shetty Kundra is one gorgeous actress and is also known for her fit and toned body. But not everyone knows that she is also on the list of Bollywood actresses who had opted for plastic surgery. In order to enhance her looks and highlight her facial features, even more, Shilpa Shetty had gone for two nose jobs. When questions about her surgery had started circulating in the media, the actress had confirmed them in an interview with India Today. Reflecting on the surgeries, she had said: 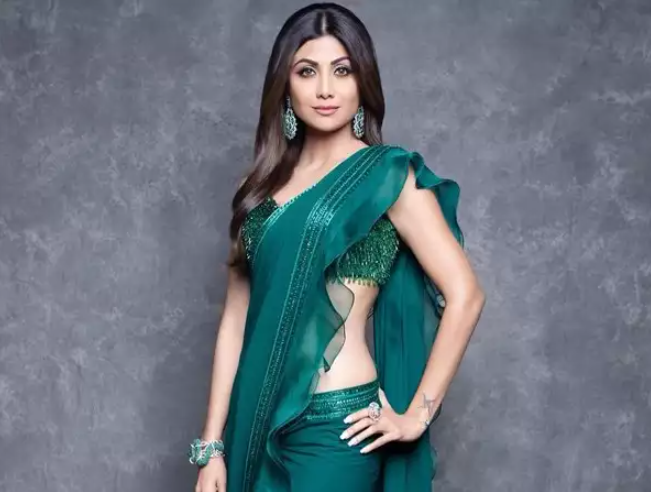 On the personal front, while Anil Kapoor is happily married to his wife, Sunita Kapoor, Shilpa Shetty is leading a successful marriage with her businessman-husband, Raj Kundra.

Also Read: Mahendra Sigh Dhoni Revealed How He Had Proposed To Wife, Sakshi Dhoni, And How She Had Reacted 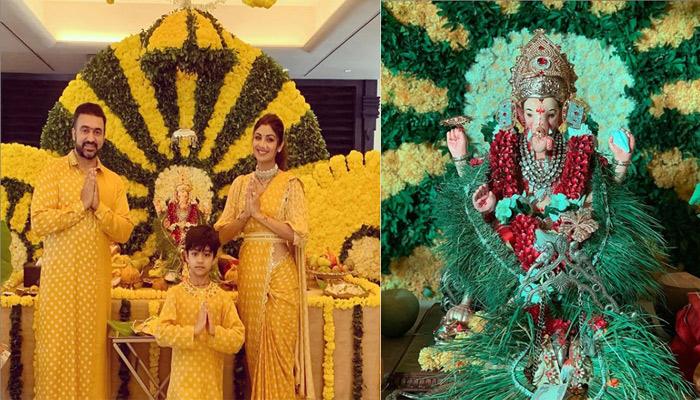 Ganapati bappa moriya! Mangal murti moriya! Sidhhivinayak moriya! Gannu ji is back this year with lots of blessings and modaks. The most awaited festivals of the nation (specially Maharashtra) is here. Yes, we are talking about Ganesh Chaturthi. The birth of Ganesh ji will be celebrated from September 2, 2019,

Shilpa Shetty And Raj Kundra Pick Their Daughter From School, The Latter Didn't Step Out Of His Car