Anil Kapoor shared adorable pictures with his darling wife, Sunita Ahuja from their Egypt trip. However, it was his daughter, Rhea Kapoor's complaint which caught our attention. Check out her reason!

Bollywood actor, Anil Kapoor is the epitome of grace and elegance. Apart from his professional life, he is also loved for his dedication towards his family. For the unversed, the actor is married to jewellery designer, Sunita Kapoor. The madly-in-love couple is proud parents to Sonam Kapoor, Rhea Kapoor and Harsh Varrdhan Kapoor. Not only that, on August 20, 2022, Anil and his wife, Sunita also became grandparents after the arrival of their daughter, Sonam Kapoor and her hubby, Anand Ahuja's baby boy.

Since then, it has been celebration time in the Kapoor family, and the naanu, Anil Kapoor's happiness was visible in an unseen family picture shared by him from his grandson, Vayu Kapoor Ahuja's naamkaran ceremony. It was on September 27, 2022, when Anil had taken to his Instagram handle and posted an unseen family picture with the newest member of the clan. In the picture, Sonam was seen holding her baby boy in her arms, and Anil and his mother, Nirmal Kapoor were seen keeping an eye on the little boy, amongst others. Check it out:

Daddy Cool, Anil Kapoor's Throwback Photo With Daughters, Sonam And Rhea Is Too Cute To Miss Even after becoming grandparents, Anil Kapoor knows how to pamper his ladylove, Sunita Ahuja. On October 7, 2022, Anil took to his IG handle and shared adorable pictures with his darling wife from their Egypt trip. In the pictures, they were seen posing shoulder to shoulder in front of the great pyramids and looked simply amazing. As soon as he posted the pictures, his fans, friends and family started pouring their comments. However, it was his daughter, Rhea Kapoor's complaint which caught our attention. She complained to her parents about not receiving her call. However, the doting daddy replied there wasn't any signal to be the reason. Check out: 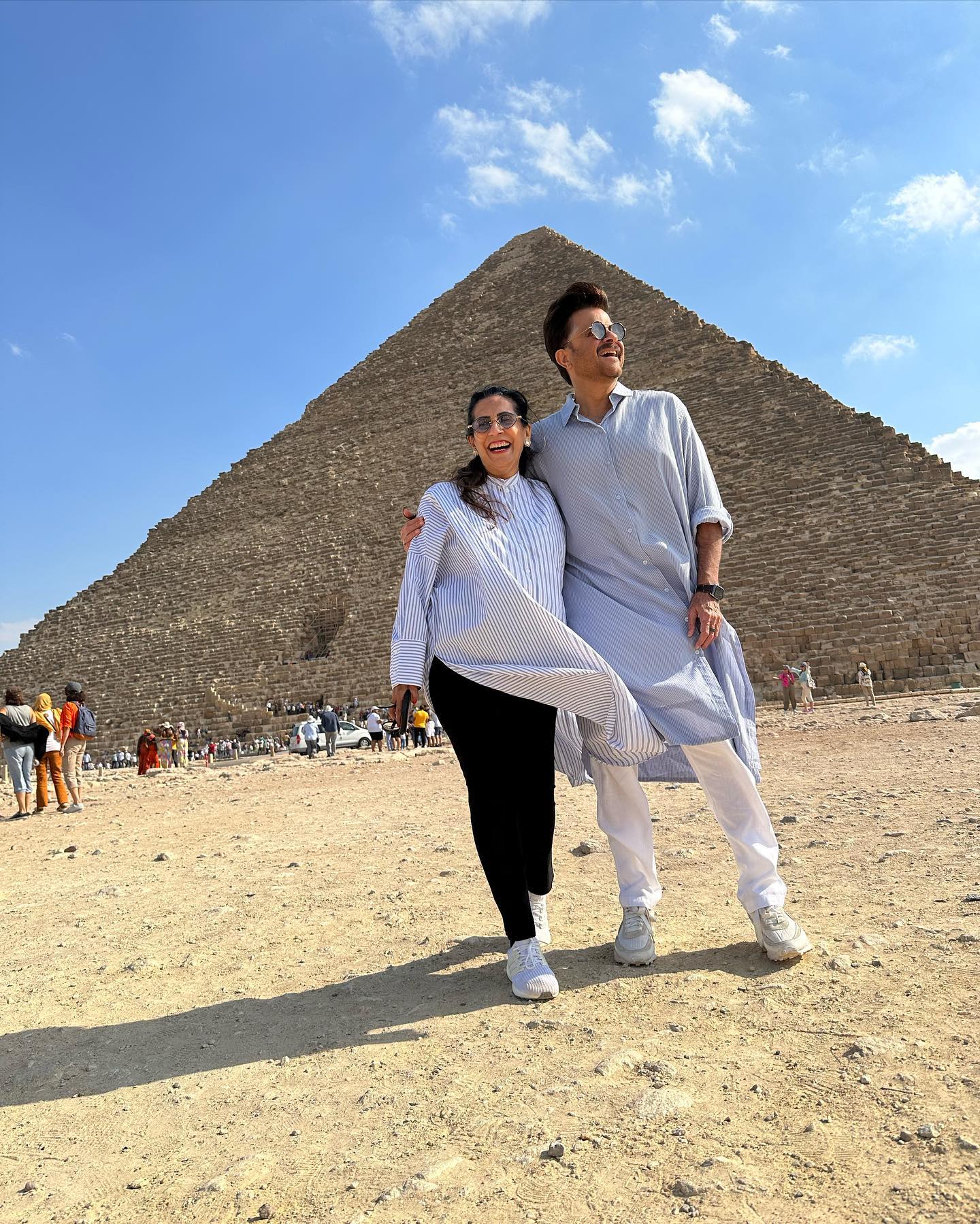 Anil is known for his hilarious fun banters till now. For instance, on September 12, 2022, the host of the show, Karan Johar had posted a promo featuring the legendary actor and Varun Dhawan from one of the episodes. The promo began with Karan asking Anil what makes him feel younger. To this, the handsome Anil said, “Sex sex sex”. Looking stunned by the actor’s response, Varun burst out laughing. The next moment, Anil was heard saying, “This is all scripted”. Karan had captioned the promo as:

“It doesn’t get younger & cooler than this on the Koffee couch - this duo will create a riot in this episode!!!”

Earlier, in an interview with ETimes, Anil Kapoor had opened up about how it feels to be a grandfather. Elaborating more on it, the actor had revealed that though he gets so less time to spend with the new member of his family. However, it is great to see Vayu every day. He had added:

"Nothing can be better than this feeling. I would like to say my dialogue – 'I feel on top of the world'. I am busy wrapping up my assignments. There's Sunita (his wife), Sonam and Anand, who are looking after the baby. I am always there by his side. It is great to see him every day. He's so small right now, let him grow up a bit." What do you think about Anil's daughter's reaction to his photos? Let us know!