One of the most adorable couples of the television industry, Anita Hassanandani and Rohit Reddy are famous for their lovely camaraderie and how they take care of each other. The couple had tied the marital knot on October 14, 2013, and since then, their respective social media handles are filled with adorable proofs that they were destined to be together. From hanging out together like BFFs to travelling around the world like buddies, they're madly-in-love with each other. (Recommended Read: Aamir Ali Shares FIRST FULL Picture Of His Daughter, Ayra Ali After A Year-And-A-Half Of Her Birth)

A few days ago, on February 9, 2021, Anita and Rohit had embraced parenthood. The actress' husband, Rohit had taken to his IG handle and had shared a beautiful picture with his wifey, Anita. Alongside it, he had revealed that they were blessed with a baby boy. Rohit had written, "Oh Boy!" Now, after some days, Rohit Reddy shared the first family picture with their baby and their pooch, Mowgli. Scroll down to take a look!

Anita Hassanandani And Rohit Reddy Finally Introduce Son, Aarav Reddy In The Most Unique Way Ever!

Anita Hassanandani And Rohit's Wish To Have His Late Father Back Fulfilled, To Name Their Baby This On February 14, 2021, on Valentine's Day, Rohit Reddy took to his Instagram handle and shared the first-ever family picture with his wife, Anita Hassanandani, their newborn baby boy, and their beloved pooch, Mowgli. In the picture, the doting daddy can be seen holding his baby boy with his one hand and looked dapper in his comfy white printed t-shirt. His wife, Anita can be seen holding their pooch, Mowgli, who was sitting in between the new parents and the actress looked gorgeous as ever in her white and blue printed outfit. Rohit wrote, "Happy Valentines Day!!! #mamasboys" in the caption along with the picture. (Don't Miss: Kareena Kapoor And Saif Ali Khan Ring In Her Dad, Randhir Kapoor's Birthday With Son Taimur Ali Khan) On February 9, 2021, Rohit Reddy had taken to his IG stories and had shared an adorable picture with his wife, Anita Hassanandani from the labour room. Anita and Rohit could be seen holding hands and happily looking into each other's eyes in the picture. Atop the picture, Rohit had written, "Most beautiful moments ever! @anitahassanandani love you, baby." Next day, on February 10, 2021, the newbie daddy, Rohit had finally shared the first glimpse of his baby boy on his Instagram handle. In the picture, we could see Rohit's baby boy's cute hand holding his finger. The picture was too cute for words. After a few days, on February 13, 2021, the doting wife, Anita had shared a rare picture from the labour room with her hubby and their infant in her arms. Along with the beautiful photo, she had written, "And just like that we were three! Blessed with the best Thank you each one of you for your beautiful wishes #NewMommyDaddy" in the caption. Check it out below: 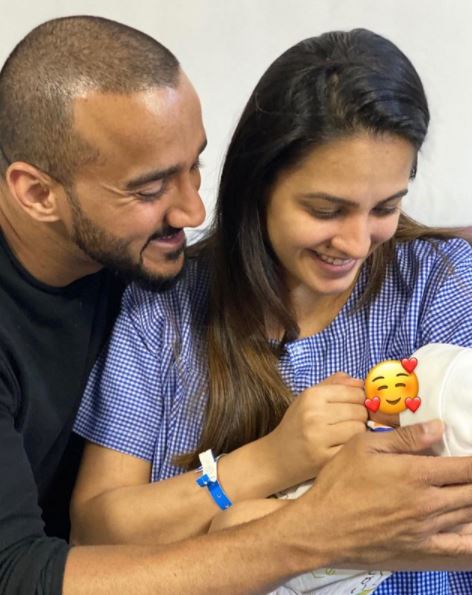 Anita Hassanandani had conceived naturally at the age of 39 and had broken all the stereotypes surrounding the right age to have a baby. In an interview with The Times Of India, the actress had spoken about the same and had stated, "The age-factor did play on my mind. Many people told me that it's going to be tough, it overwhelms you. But once I conceived naturally, I realised that age is just a number. You need to be mentally and physically fit for everything to fall in place. Jo naseeb mein likha hota hai, woh toh hota hi hai." Speaking of how she and Rohit had planned the baby when they were 'ready' and not when the society 'expected' them to have a child. Anita had said, "Today, Rohit and I feel well-settled — we are financially and mentally in a place where we are ready to have a child." (Also Read: Ranbir Kapoor And Alia Bhatt Twin In Black For Randhir Kapoor's Birthday Bash At The Kapoor Mansion) 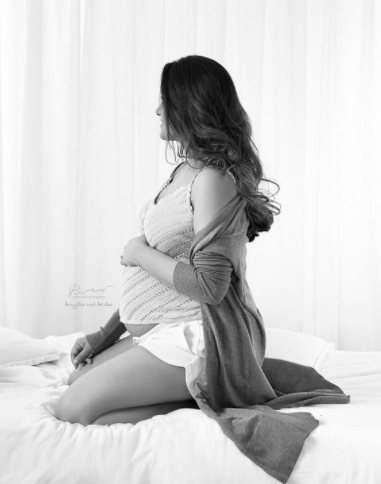 Did you like Rohit and Anita's first family picture? Let us know!