Pregger, Anita Hassanandani Shows How Her Pregnancy Started And How It Is Going On In Her 8th Month

Anita Hassanandani cherished how her belly has grown over eight months of her pregnancy with 'How it started' and 'How it's going' posts. Check out!

A woman’s body transforms and changes completely when she is expecting a child. Morning sickness, finding it hard to get up from the bed, constant food cravings to terrible mood swings are on one side and the changes her body deals with is on another. However, she is ready to deal with anything to bring her little wonder into the world. Her growing belly certainly makes her routine change, but it is also a beautiful experience to watch your baby grow inside it. It feels like a matter of pride for every expecting woman to experience how with every passing month her belly changes its shape and grows. Anita Hassanandani too is cherishing this adorable feeling. (Also Read: Gauahar Khan and Zaid Darbar Exchange 'Jai Mala' Ahead Of Their One-Month Anniversary, Know Why!)

It was after weeks of speculations and fooling their fans with camouflaged pictures and videos that Anita Hassanandani and Rohit Reddy had confirmed that they are ready to welcome their first child. Anita had posted a cute video on her IG handle, which had showcased her and Rohit’s journey from being girlfriend-boyfriend to the proposal, from marriage to finally stepping towards embracing parenthood soon. Anita had captioned the video with two hearts adding up to three followed by “Love you @rohitreddygoa #gettingreadyforreddy.” The parents-to-be are expecting their first baby in February 2021 and Anita is loving how her body is changing with time.

Anita Hassanandani And Rohit Reddy Finally Introduce Son, Aarav Reddy In The Most Unique Way Ever!

Taking to her IG stories, Anita Hassanandani shared two stories, depicting her pregnancy phase. In the first picture, we can see Anita clicking her slightly bumped tummy and wrote, “How it started” atop it, while the second story is a BTS video from her maternity shoot. Sharing a clip of herself from her maternity shoot, Anita wrote, “How it’s going” atop it as she flaunted her eight months baby bump, looking like an angel in white. Here are the screenshots: 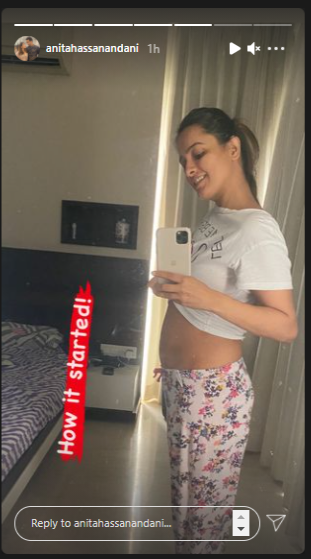 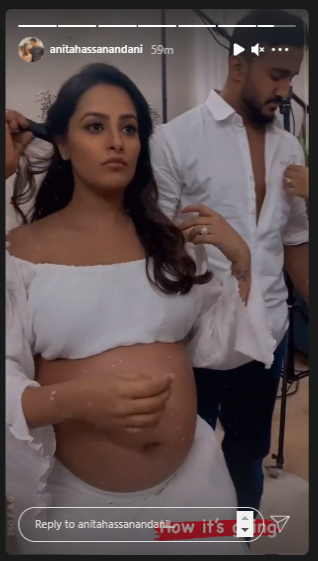 Other than this, Anita also shared a picture with her hubby, Rohit from one of their vacations, in which, the two can be seen looking at each other with love. Sharing the picture, Anita mentioned that the couple should start preparing a room for their child and hilariously told her hubby to remove all of his stuff. Her caption can be read as “We need to make room for the little one my love @rohitreddygoa Like Literally.... kindly clean the cupboards @rohitreddygoa Throw all ur shoes n jackets and dumbbells and gadgets and caps.” 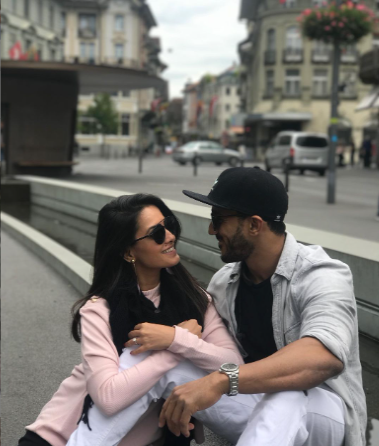 On January 12, 2021, Rohit Reddy had shared a BTS video from their pregnancy shoot which had captured a heartwarming moment shared between Anita and her soon-to-be-born baby. Taking to his IG stories, Rohit had shared a video, where we could see Anita lying on a couch, wearing a black ensemble, whereas, Rohit was sitting on his knees behind her head as the two were busy romancing and having a conversation. As the mommy-to-be lovingly had pushed daddy-to-be behind, the baby inside the tummy could be seen kicking Anita. Even though it was for a fraction of second, we were in awe of this beautiful moment. Sharing the video, Rohit had written, “This Kick!!” atop it. (Don't Miss: Varun Dhawan's 'Dulhaniya-To-Be', Natasha Dalal Heads To Her Wedding Venue With Her Family [Video])

This is not the first time that Anita has shared her concern about her soon-to-be-born baby. Anita had taken to her IG stories on October 30, 2020, and had shared a video of her hubby, Rohit and their pooch that was making her worried about her baby. In the video, Rohit could be seen sleeping and their pooch sleeping next to him. The two were fast asleep, leaving Anita in stress about her baby as she was worried where her baby is going to sleep. Sharing the video, Anita had written, “Where is our baby going to sleep. I’m stressing” followed by crying and laughing emojis atop it. (Must Read: Karanvir Bohra Celebrates Wife, Teejay Sidhu's Birthday On Video Call With Their Newborn Daughter) 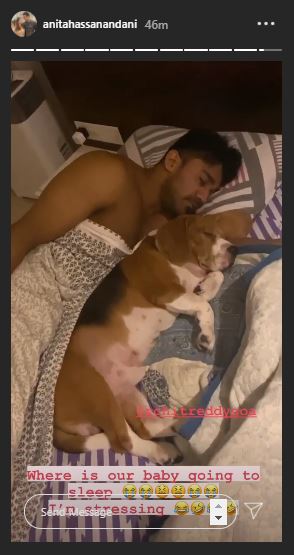 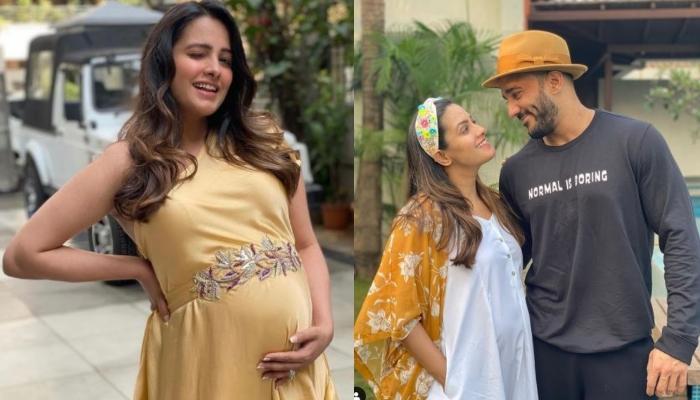 One of the most adorable couples of the television industry, Anita Hassanandani and Rohit Reddy are famous for their lovely camaraderie and the way they take care of each other. Their respective Instagram handles are filled with their PDAs and are enough to tell everyone how madly they are in love with