We stumbled upon a video of Ankita Lokhande, wherein she was cooking for everybody in her new home. In the video, she also showcased her new kitchen. Check out!

Popular actress, Ankita Lokhande and her husband, Vicky Jain, are enjoying every moment of their marital bliss and glimpses of the same are found on their respective IG handles. For the unversed, the duo had tied the knot on December 14, 2021, in a gala wedding ceremony. Since then, they never miss a chance to paint the town red with their mushy moments.

Recently, Ankita Lokhande and her husband, Vicky Jain had bought a new home in Mumbai. On June 11, 2022, they had delighted their fans by announcing their new achievement in a collaborative post on Instagram. In the picture, the much-in-love couple had looked super-excited. The doting hubby could be seen holding the pallu of his wifey's pink Kanjeevaram saree when the beautiful moment was captured. Moreover, Ankita and Vicky had looked picture-perfect for the griha pravesh ceremony of their new house in traditional ensembles. And along with the picture, they had penned:

Kajol Buys Two Apartments In Juhu With Whopping Amount Of Rs. 11.95 Crores Near Their Old Home

Also Read: Singer, Shaan Reveals His Children Insisted Him To Get His Heart Checkup Done After KK's Death 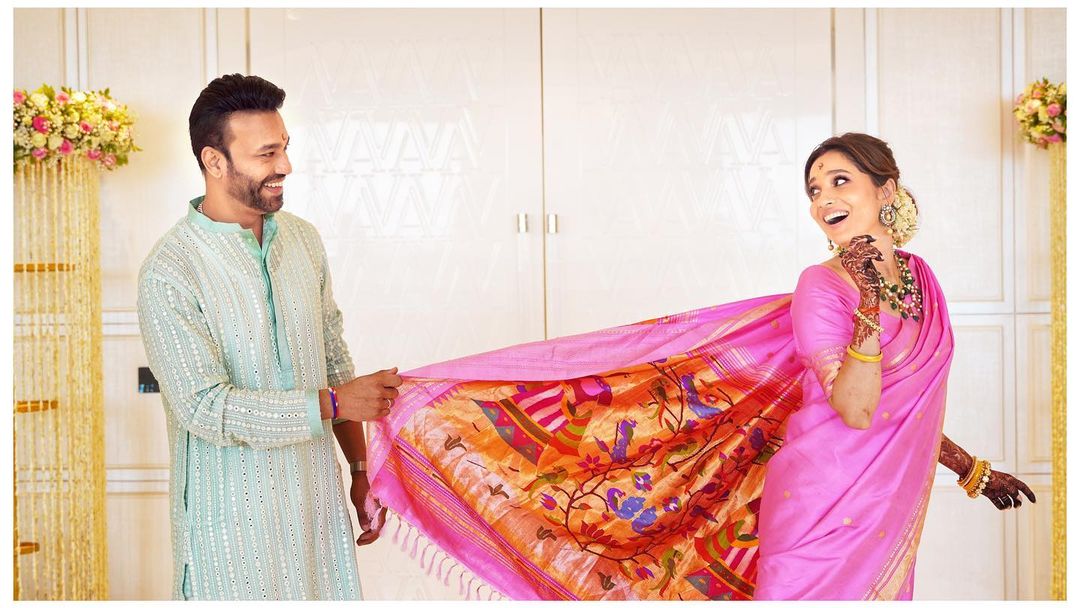 A few moments back, Ankita Lokhande's nanad, Varsha Jain took to her IG stories and shared a goofy video of Ankita Lokhande cooking halwa for everyone in their home and soon, her doting bhabhi reshared the post. In the video, as the duo indulges in a conversation, Ankita can be seen flaunting her cooking skills, and she also revealed that it's her new home's kitchen. The actress looked drop-dead gorgeous in a red saree adorned with golden thread works. She teamed her look with golden jewellery, which included a long necklace, a choker neckpiece and jhumkas. She completed her look with middle-parted open tresses and glowy makeup, including rosy cheeks, red lipstick, sindoor and glittery pink eyeshadow. Check out! 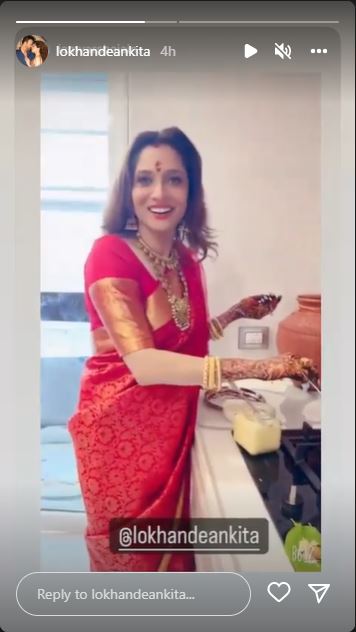 Vicky Jain is a loving husband who knows how to pamper his wife. A few days ago, Ankita Lokhande had taken to her Instagram handle and had posted a video montage as she had gone on a shopping spree with her darling hubby. The duo had kept their outfits simple as they had twinned in white-hued co-ords. From adding a lot of juicy fruits to their baskets to enjoying a back massage, the newly wedded couple indeed had the best time together. Ankita had captioned the adorable video as:

Earlier, in a conversation with the Hindustan Times, Ankita had revealed the real reason behind marrying her longtime boyfriend, Vicky. She had revealed that nothing had changed in their relationship after their wedding, and the reason behind their marriage was just for 'spending their money.' In her words:

“Nothing has changed for me after marriage till now. Vicky and me - we have been friends for a very long time. We are very chilled out that way. He is the one who has supported me throughout. I am blessed to have him as a partner. I am an easy person when it comes to work and he is the one who pushes me towards work. I got married so I could party. You know we partied for three days? We just wanted to spend that money. I do not think there is a change.”

For the unversed, on June 6, 2022, Ankita and Vicky had won the title of India's first Smart Jodi and were also awarded a big cheque worth Rs. 25 lakhs.