As Ankita Lokhande shared an adorable video with her husband, Vicky Jain, her 'Manikarnika' co-star, Kangana Ranaut complimented him. Check out how the doting wife reacted to it!

Television actress, Ankita Lokhande and her husband, Vicky Jain tied the knot on December 14, 2021, after dating for a few years. Since then, the duo has been living their lives to their fullest and never misses a chance to paint the town red with their mushy romance. However, this time, Ankita's Manikarnika co-star, Kangana Ranaut has a cute compliment for Vicky. Undoubtedly, Ankita also has the best reaction to Kangana's compliment.

Earlier, on September 5, 2022, Ankita Lokhande and Vicky Jain had celebrated Gauri puja in their brand new home in Mumbai. Taking to her IG handle, Ankita Lokhande shared a series of glimpses from the same. For the puja, she donned a baby pink silk saree paired with a sleeveless blouse and stone-studded jewellery. Twinning with Ankita, Vicky donned a matching kurta layered with a floral Nehru jacket. Check out the cute glimpses from the same:

Ankita Lokhande Exchanges Rings With Her Beau, Vicky Jain, Expresses Her Love Through A Dance

Sushant Singh Rajput's Film Clashes With Rumoured Ex-GF, Kriti Sanon, Has The Sweetest Wish For Her

Aditya Cheated On Zarina With Kangana, She Still Feels Marrying Him Was Best Decision Of Her Life

Recommended Read: Ranveer Singh Breaks Down Into Tears After Getting Best Actor Award, Plants A Kiss On Wife, Deepika 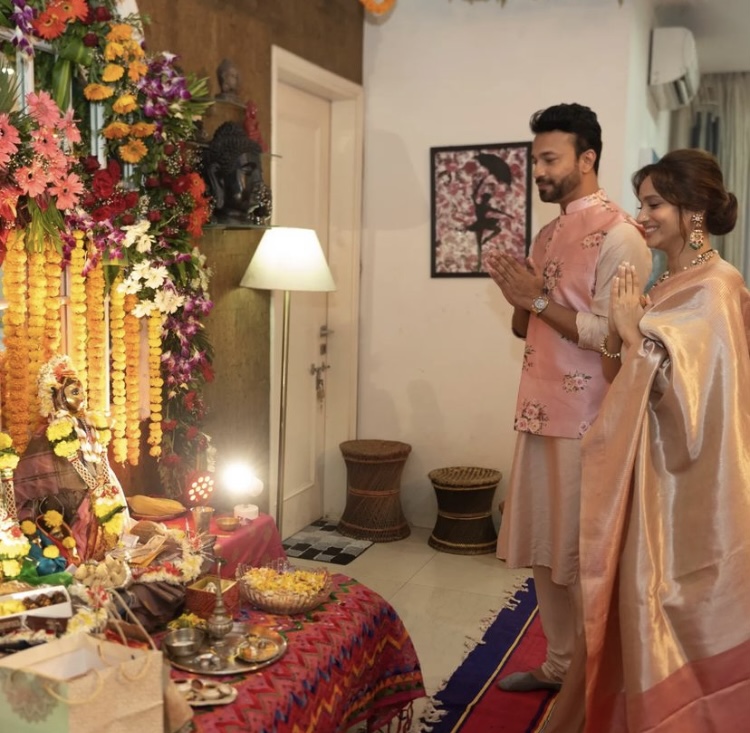 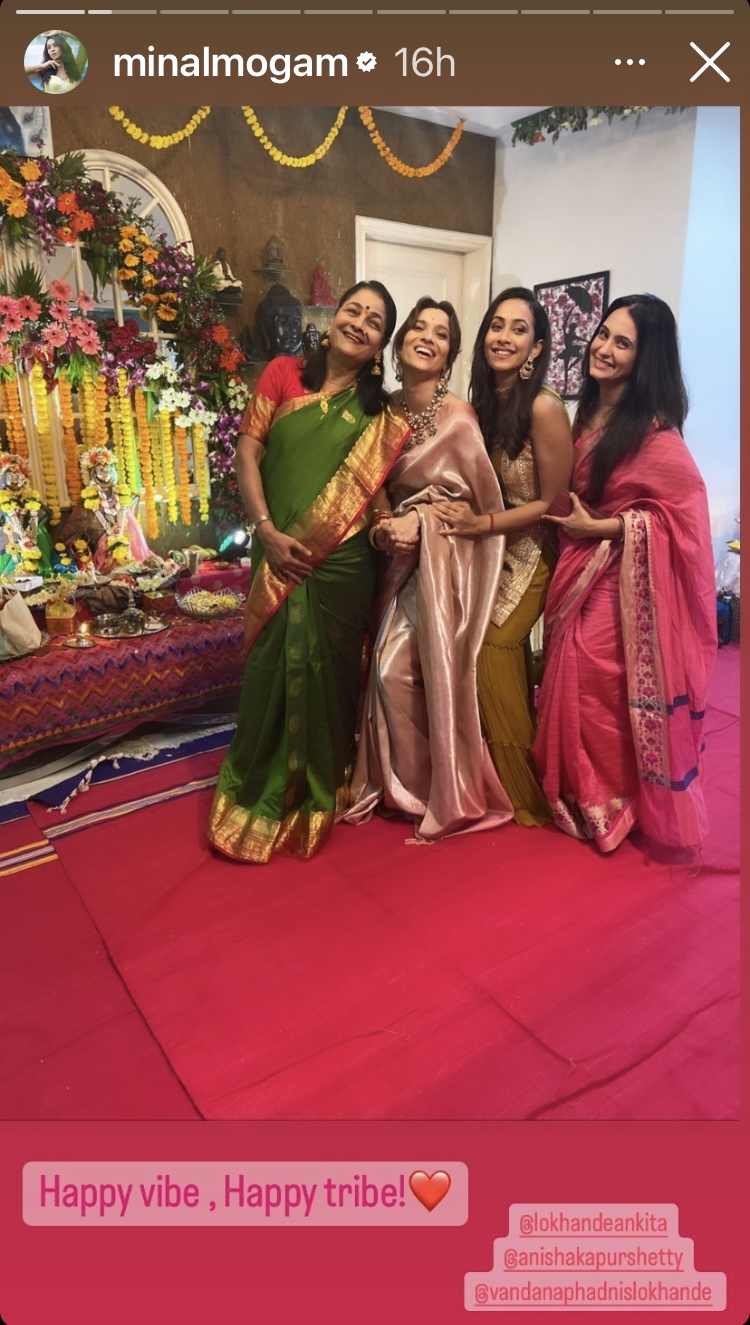 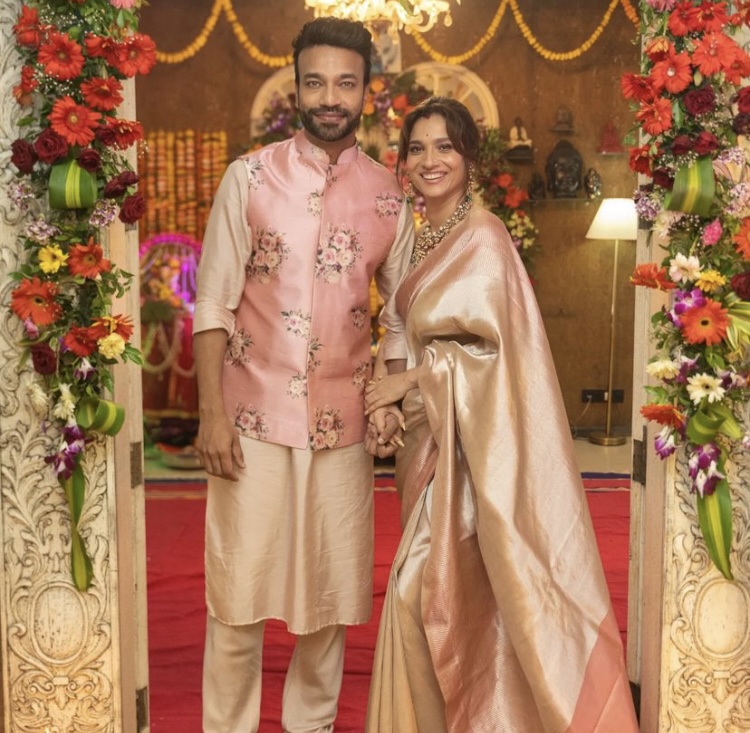 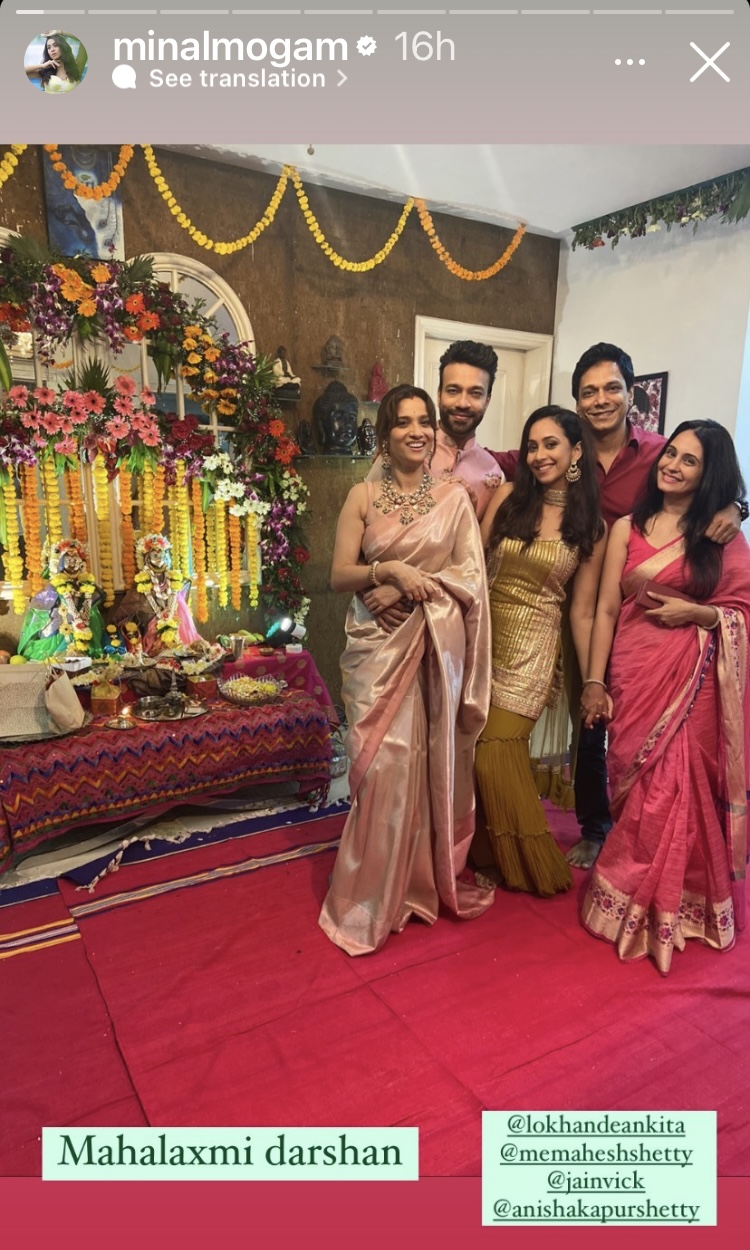 On September 9, 2022, Ankita Lokhande took to her IG handle and shared an adorable video with her husband, Vicky Jain. In the video, she was seen chanting mantras along with her hubby at a temple while offering prayers. She donned a red-hued saree and radiated pure bahu vibes. However, as soon as she posted the video, her Manikarnika co-star, Kangana Ranaut complimented Vicky, and undoubtedly, the doting wife too has a cute reaction to it. Check out:

Since Ankita and Vicky's marriage, fans are eagerly waiting for the couple's 'good news'. Not only this, but fans have also speculated about Ankita's pregnancy many times earlier. For instance, on August 16, 2022, Ankita had taken to her IG handle and shared a series of romantic pictures with her darling hubby, Vicky from their holiday in Goa. In the pictures, Ankita looked gorgeous in a blue-coloured outfit with cut-out detailing and teamed it with a braided hairdo. However, as soon as the pictures were uploaded, netizens were quick to spot Ankita's baby bump. They flooded the post's comment section by questioning whether she was pregnant. Check out the comments:

Afterwards, on September 2, 2022, the official Instagram handle of the popular show, DID Super Moms had shared a promo video of its then-upcoming Pavitra Rishta special episode. In the video, the show's host, Jay Bhanusali asked the episode's special guest, Ankita Lokhande, when she would embrace motherhood. To this, the actress hilariously reacted and mentioned that she is herself a kid now. To this, Usha Nadkarni who was also one of the invitees to the show, was seen making a cute gesture toward Ankita. Usha was seen asking her to sit on her lap as the latter said she is a baby. Ankita could be heard saying:

What do you think about Ankita's reaction to Kangana's compliment on the former's hubby? Let us know!

Ankita Lokhande Exchanges Rings With Her Beau, Vicky Jain, Expresses Her Love Through A Dance