Anushka Sharma Is All Hearts For Her Hubby, Virat Kohli, As He Gives An Impressive Performance

Anushka Sharma Is All Hearts For Her Hubby, Virat Kohli, As He Gives An Impressive Performance

Anushka Sharma became the loudest cheerleader for her hubby, Virat Kohli as he put up an impressive performance and made his team RCB win at last night's IPL match.

Tinseltown and cricket world's power couple, Anushka Sharma and Virat Kohli have proved to be one of the most sought-after couples and a cool set of parents to their little munchkin, Vamika. Every now and then, Anushka Sharma has supported her hubby, Virat Kohli and became the loudest cheerleader for the former Indian cricket team's captain.

Anushka Sharma and Virat Kohli have never missed a chance to flutter our hearts, be it by supporting each other at the worst phase of time or lauding with praises at the best moments of life. They never shy away from showing their love through social media posts or public appearances or even their cutesy PDAs.

Anushka Sharma Shares A Happy Picture With Daughter, Vamika From Their 'Ashtami' Celebrations

Anushka Sharma Is Back To Work Within 3 Months Of Delivering Her Baby Girl, Vamika

On May 19, 2022, Anushka Sharma took to her Instagram stories and shared a beautiful snapshot of her hubby, Virat Kohli after he had given an impressive performance at the last night's IPL match and led his team RCB to an eight-wicket win over Gujarat Titans. Sharing the picture, the darling wife put a heart and a folded hands emoji atop it. 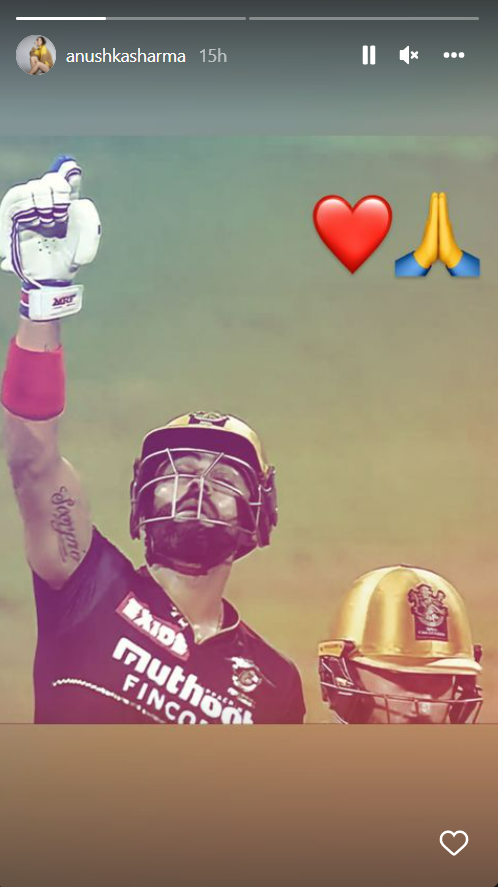 After taking a sabbatical from acting, Anushka Sharma is finally returning to the theatres with her film, Chakda Xpress, which is a biopic of the Indian women cricketer, Jhulan Goswami. In an interview with Harpers Bazaar, when the actress was asked whether her hubby, Virat gives any tips on how to play cricket, the actress-wife had replied:

“We definitely discuss my progress. Whenever I’ve had a good day learning, I like to share my videos with Virat, to get his feedback. Luckily, he’s not a bowler so I listen to my coach more. But I do turn to Virat for batting tips.”

Further going in the conversation, Anushka Sharma had expressed that she has always appreciated Virat for playing cricket, which is so mentally draining. But now that she has been practising wearing his shoes, she had revealed that she is shocked to see how physically draining the sport is. Talking about how much she is in bewilderment to know how her husband, Virat has been playing cricket for so many years, she had said:

“I always appreciated how mentally pressurising it can be to play cricket, but now, I also understand how physically draining it is. I remember when Virat would sometimes come to see me on a film set, and he would watch us on late-night shoots or in very cold places, he would be bewildered and wonder how we were able to do it. Now, I talk to him about the things that he’s been doing for so many years.” 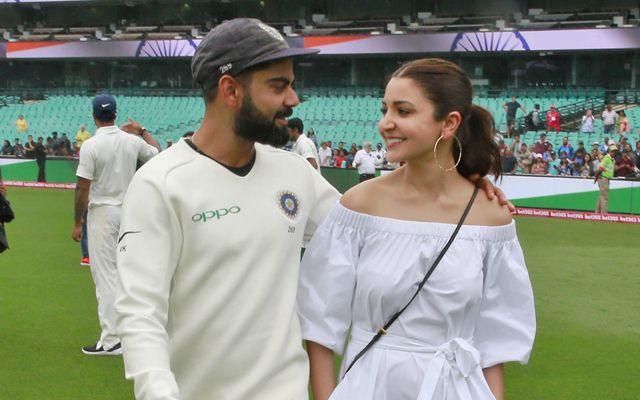 For the unversed, at last night's match, Virat Kohli scored 73 runs off 54 balls!

Don't Miss: Kartik Aaryan Opens Up About His Rumoured Linkup With Sara Ali Khan, Says, 'It Was Not Promotional'

Anushka Sharma Shares A Happy Picture With Daughter, Vamika From Their 'Ashtami' Celebrations