Arjun Rampal's Ladylove, Gabriella Reveals His Nickname As She Posts Heartfelt Wish On His Birthday

This one day, wherein you are the centre of your loved ones’ universe and their day begins and ends with every attempt of making you feel top of the world! School-life birthdays were all about distributing toffees to the class while everybody sang “happy birthday” for you. While those were surely the best days of our lives, adulthood birthdays are all about gobbling up some golden liquid with our friends and cribbing to God about why you turned a year older so fast! As Arjun Rampal turns a year older today, see how he celebrated his birthday with ladylove, Gabriella Demetriades. (Do Read: Arjun Rampal's Ladylove, Gabriella Demetriades Posts A Glimpse Of 'Saturday Snuggles' With Son, Arik)

Arjun Rampal has been grabbing a lot of headlines, thanks to the hustle-bustle of his personal life. While the years 2017-18 was all about trouble in paradise with his now ex-wife, Mehr Jesia, which ultimately led to their separation and then divorce, 2019 was all about him dating sterling grey-eyed beauty, Gabriella Demetriades. The duo is in a very happy space together and also recently welcomed the junior-most member in their family, their son, Arik Rampal.

Arjun Rampal Wishes Birthday To Daughter, Myra With A List Of Her Favourites, GF, Gabriella Reacts

Arjun Rampal Shares An Adorable Wish For His, 'Jaan', Gabriella Demetriades On Her Birthday

Arjun Rampal And His Girlfriend, Gabriella Demetriades Twin In Black For A Night Out

Arjun Rampal Feels Jealous Of His Newborn Son, Arik Rampal For All The Attention He Is Receiving

Arjun Rampal And Mehr Jesia Finally Granted Divorce, Here's Who Got The Custody Of Their Daughters 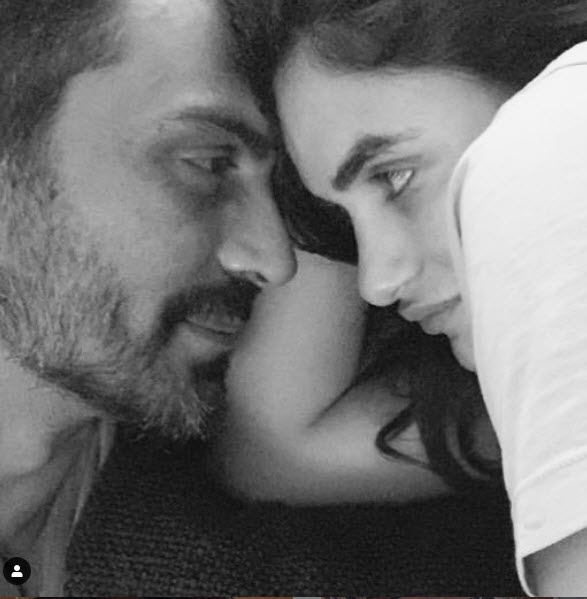 While that was basically all about Arjun Rampal’s personal life, in a nutshell, the hotness turned 47 today (November 26, 2019), and his ladylove, Gabriella Demetriades posted a series of unseen pictures of the duo and also revealed his nickname. Her post could be read as “With you, time is not linear, but still we should celebrate the day you graced us all with that smile and everyday that you share those pearls of wisdom with the world. Happy birthday to you shriji @rampal72.”

As you continue to drool over the pictures from Arjun Rampal’s birthday celebrations, don’t you sometimes feel that as you grow up, a quiet birthday at home with some good music, friends and the person you love is all that you need? Well, that is exactly how Arjun celebrated his birthday at midnight. His ladylove, Gabriella took to her Instagram stories to share a couple of glimpses from the same. Checkout here: 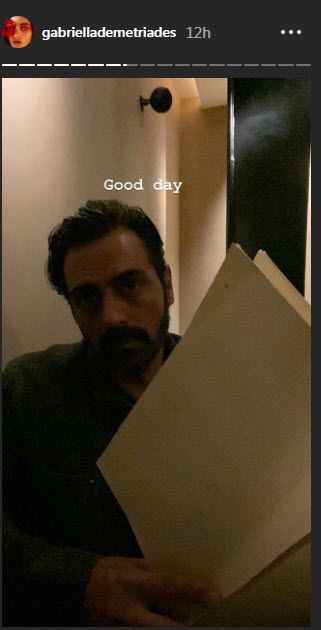 If innumerous reports are to be believed, Arjun Rampal’s current ladylove, Gabriella Demetriades and ex-wife, Mehr Jesia share an amicable bond with one another and the trio share a very comfortable space. On Ganesh Chaturthi this year, a SpotboyE report had provided some inside deets of this group of exes and currents from their Ganesh Chaturthi celebrations. As per the report, Arjun had visited Mehr’s house for Ganpati puja, with two new guests- his current ladylove, Gabriella Demetriades and newborn son, Arik Rampal. In fact, a source close to the star family had shared with the portal that post offering her prayers to Bappa, Gabriella had made an exit with her son, but Arjun had stayed back for lunch at ex-wife, Mehr’s home and had also spent some quality time with his daughters. (Must Read: Neha Kakkar Enjoys Her Friend's Birthday Bash With Rumored Boyfriend, Vibhor Parashar) 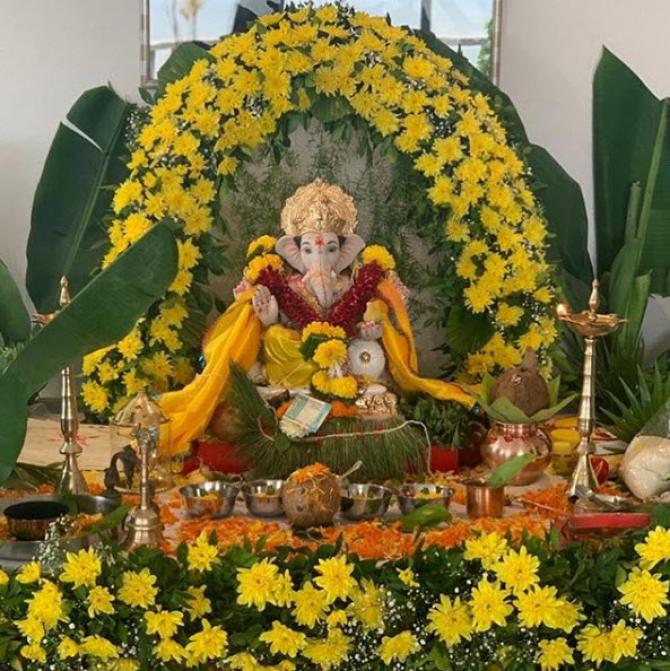 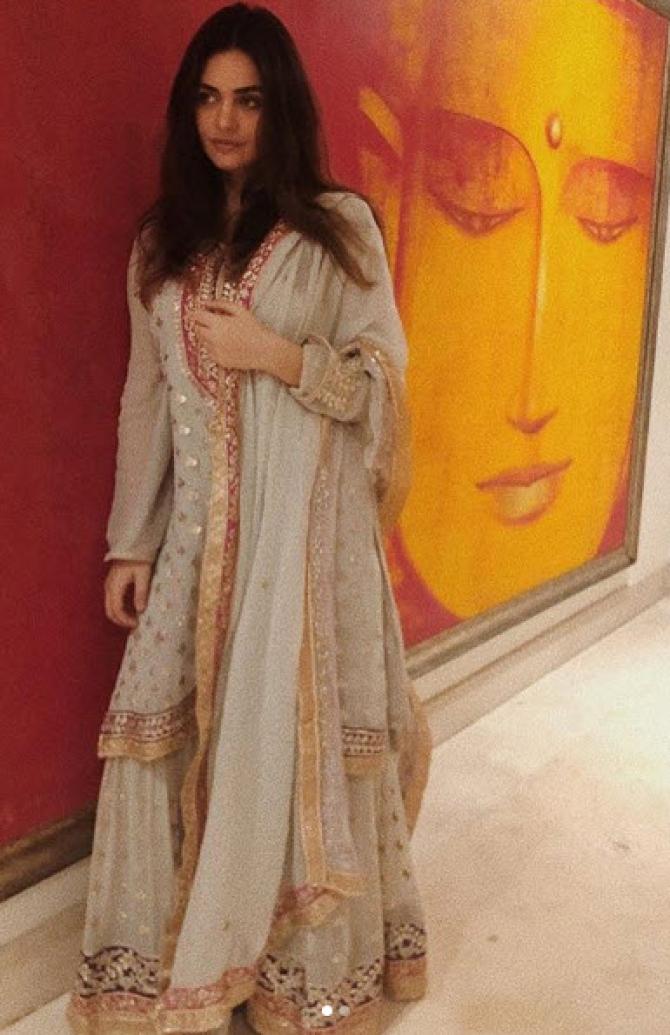 Arjun Rampal, during an interview with the Hindustan Times, had shared that his last five years had almost been like hell. The 46-year-old star was quoted as saying, “It’s been sheer hell for the last five years but what doesn’t kill you makes you stronger, doesn’t it?” Arjun had also shared how he met Gabriella for the first time. He replied to a media portal on being asked about the same, “Ah, that’s a question to ask. We met through common friends. So, what can I say? That she stalked me? Wishful thinking that, buddy! It’s only been a year since we started dating and here we are. For keeps. And I must add that it was of prime importance that my daughters should accept her as part of the family. I’m blessed that they have, no questions asked.” 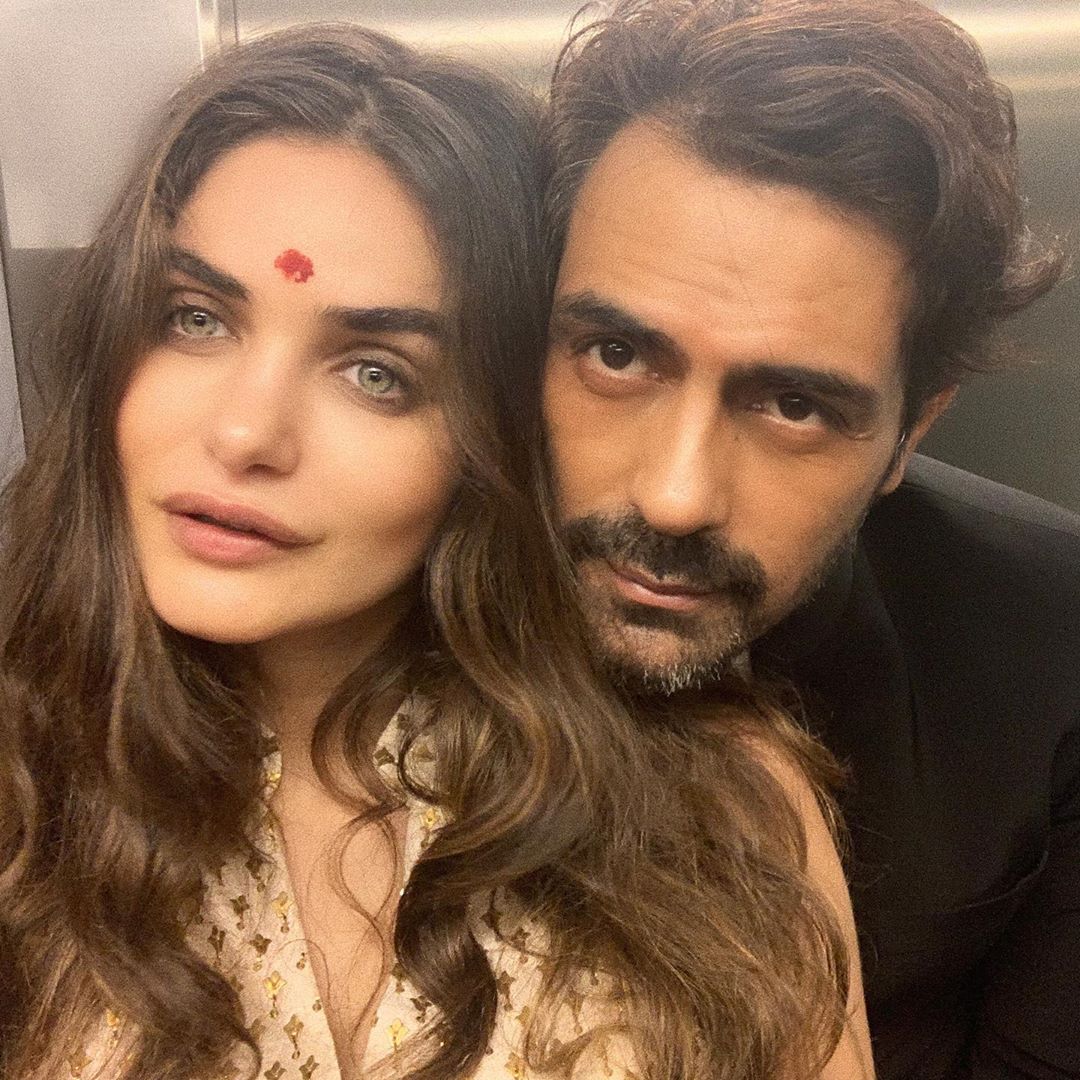 Coming back to Arjun Rampal becoming a daddy yet again, the Ra.One actor had shared a picture of his girlfriend, Gabriella Demetriades' pregnancy and tonnes of congratulatory messages from fans and his friends from the industry had started pouring in. This had made us wonder how his estranged wife, Mehr Jesia and his two beautiful teenage daughters, Mahikaa and Myra had reacted to the same. As per a Mumbai Mirror report, Mehr had taken the news of her ex-hubby, Arjun embracing fatherhood again in a positive stride. (Also Read: Shilpa Shetty's Son Viaan's 'Mere Paas Maa Hain' Dialogue Proves That Filmygiri Runs In His Blood)

The Mumbai Mirror report containing details about Arjun Rampal and Gabriella Demetraides welcoming their first child and how ex-wife, Mehr and daughters, Mahikaa and Myra reacted to it, could be read as “The couple did their best to keep the pregnancy under wraps for the last six months. It turns out that several of their friends were kept in the dark too, including Mehr Jesia, Rampal’s wife of 20 years and mum to their two daughters, Mahikaa, 17, and Myra, 13. Mehr has in fact taken the news rather sportingly. Her friends say that even though they haven’t filed for divorce yet, Mehr has come to terms with the fact that Rampal has moved on personally.” Arjun Rampal Wishes Birthday To Daughter, Myra With A List Of Her Favourites, GF, Gabriella Reacts

Arjun Rampal Shares An Adorable Wish For His, 'Jaan', Gabriella Demetriades On Her Birthday

Arjun Rampal And His Girlfriend, Gabriella Demetriades Twin In Black For A Night Out