When yesteryear's actress, Asha Parekh confessed her love for mentor and director, Nasir Hussain and how she had suicidal thoughts

Yesteryear's actress, Asha Parekh is famous for the magic she casts on the silver screen. The flagbearer of women-oriented roles, the brand ambassador of commercial success, an artist par excellence and a noble human being – Asha Parekh - is someone Bollywood can never thank enough for her contributions. The former President of CINTAA (Cine and TV Artistes Association), the first female Chairperson of the Censor Board, producer of offbeat and empowering serials like – Kora Kagaz and Kangan, distributor of numerous hit films; Asha Parekh has done it all, seen it all.

So, it did not come as a surprise when the golden jubilee diva decided to pen her autobiography and share it with the world. And boy! What a biography it has been! Ever since its publication, every chapter/episode in Asha Parekh’s life and the book has been making headlines. Not the one to mince her words, Parekh, has always been vocal about her chemistry with her co-star, Shammi Kapoor and her love for, Nasir Hussain and matters close to her heart.

Mandira Bedi And Raj Kaushal's Love Story, His Demise Marked End Of An Era, Leaving Her And Two Kids

Married To Jewellery Designer, Rajneesh Practiced 'I Love You' Countless Times Before Proposing Her 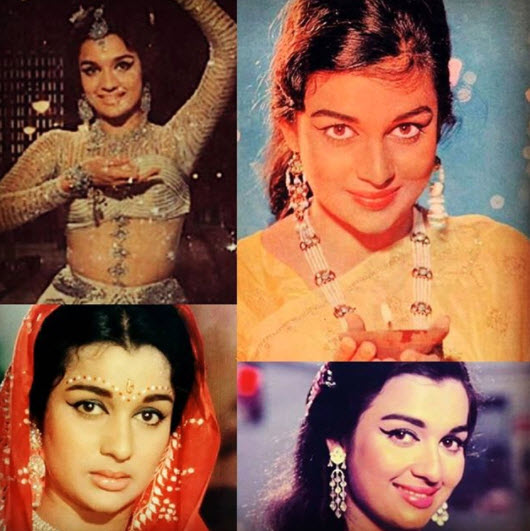 Asha Parekh was born on October 2, 1942, in a middle-class Gujarati household to a Hindu father, Pranalal Parekh and a Muslim mother, Sudhar Parekh. From a young age, her mother enrolled her in classical dance classes. Asha won hearts with her stage shows. When director, Bimal Roy had seen her dance at a function, he casted her in the film, Maa (1957). She was just ten years old when she got her first debut film.

A successful and powerful businesswoman, Asha Parekh, is just the opposite at heart – soft and mellow. Talking about the kind of person she is, the veteran actress revealed:

"I’m an emotional person. I follow my heart, not my mind. I tend to brood when someone hurts me or when I believe I’ve hurt someone. I come across as a tough person. But I’m not all that strong." Asha Parekh had gone through the most difficult phase of her life after her parent's demise. Her parents' death at a young age pushed her into depression. Talking about that phase, Parekh revealed that she had to manage everything all her own. She had felt miserable and had suicidal thoughts She also had to take the aid of doctors to get out of that state of mind. Asha further added:

“It is lonesome. On the top you are always lonely. I was very lucky I had lovely parents with me. My mother was the backbone of my career, my life. So after losing her, I got into depression. It’s a huge relief that the phase is over.” Though Asha Parekh was considered a lucky mascot, whoever she worked with, her favourite actor was Shammi Kapoor. Remembering the equation, she had once shared that she would call Shammi Kapoor as 'Shammi chacha'. She revealed that he had taught her how to lip-sync and emote in the songs. She had further quipped that Shammi's late wife used to adopt the actress. She had shared:

"Geetaji (Bali, his late wife and actor) used to be around on the sets of Dil Deke Dekho. She’d do my make-up when my make-up man didn’t arrive. She’d pick me up, put me around her shoulders and move around as I was quite young. She’d tell Shammiji, ‘Let’s adopt her!’ Since then I began calling them chacha and chachi. Today I call Neelaji (Shammi’s second wife) chachi."

Also Read: The Love Life Of Rekha: Fell In Love Multiple Times, Only To Be Single At Sixty-Four

Asha Parekh had revealed her crazy journey of weight loss 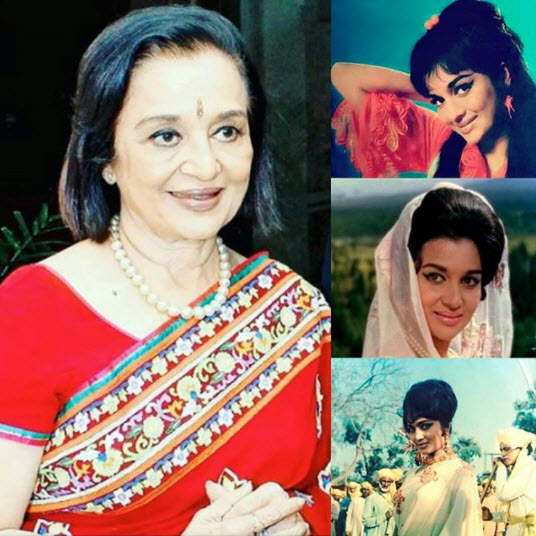 Talking about the craze of losing weight among actresses today, Asha Parekh had recalled a funny incident. She had shared that she used to wear cowboy attires and would tuck her shirt inside as she was heavy from below. She had even consulted a doctor and lost about 15 kgs with diet and massages. She was quoted as saying:

"I had to wear a cowboy attire and tuck my shirt in for the song Aap se miliye in Pyar Ka Mausam. As you know, I’m heavy from below. I’ve got big hips! So, I consulted Dr Jassawalla. I lost about 15 kilos with his recommended diet and massages. I’d visit him at 6 am everyday and from there go to the set. As I was asked to eat very little, I’d get cranky. Nasir saab would joke, “Issko roti dikha do! Yeh theek ho jaayegi."

Also Read: Sulakshana Pandit's Love For Sanjeev Kumar: Even After His Death, She Never Married Anyone Else Talking about how her strong on-screen persona changed things for her in real life, Asha had shared that men would get frightened to talk to her. They found it hard to compliment her. She also revealed an incident when her director had complimented her. She had shared:

"But I remember when I wore the white sharara for the song ‘Achcha toh hum chalte hain’ in ‘Aan Milo Sajna’, J Om Prakash saab (director) remarked, ‘You’re looking so nice’. He even got a similar outfit made for his daughter Pinky (Roshan) when she got married to Rakesh Roshan."

Also Read: Subhash Ghai And Mukta's Interfaith Love Story Is No Less Than A Bollywood Blockbuster 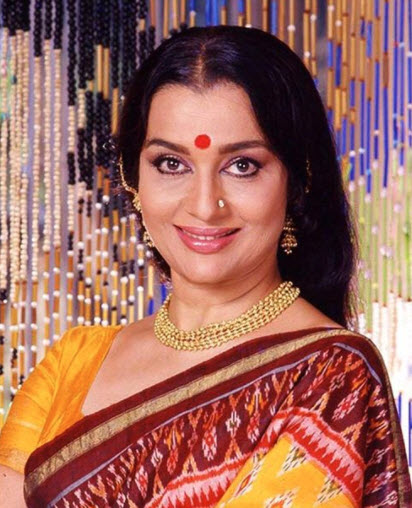 Asha Parekh enjoyed a humongous fan following in that age and era. Recalling a creepy Chinese fan, Asha had said that she would get tonnes of fan mail. However, there was a Chinese man, who had plonked himself near her gate and wouldn't leave. He used to keep a tab on her. She was scared of him as when a neighbour asked him to leave, he pointed a knife and made a threat. Recalling the incident, Asha Parekh shared:

"When the neighbours asked him to go, he brandished his knife saying, ‘I’ll kill you! I’ve come to marry her’. I called up the police commissioner. They put him in Arthur Road Jail. From there, he wrote a letter asking me to bail him out. It was creepy.”

Also Read: After Controversial Affairs With A Singer And A Director, Meenakshi Left Bollywood To Marry A Banker 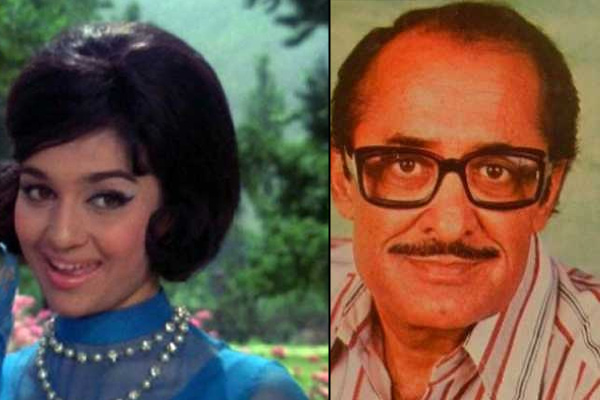 After Asha Parekh's parents, the person she loved and cared for the most was her director, mentor and producer – Nasir Hussain. Talking about her love for him, Parekh revealed that he was the only man, who mattered in her life. She had also admitted that her autobiography would be worthless if she didn't talk about him, the one whom she loved. On being asked why she did not marry him when she loved him so immensely, the Love in Tokyo actress had said:

"I was never a home breaker. There was never any ill will between me and Nasir Saab’s family. In fact, I was so happy to see Nusrat (Hussain’s daughter) and Imran Khan (grandson) at my book launch. I feel I’ve lived my life decently and without hurting anyone."

Also Read: Raveena Tandon's Love Life: From Being Cheated By A Bollywood Superstar To Her Final Dig At Love 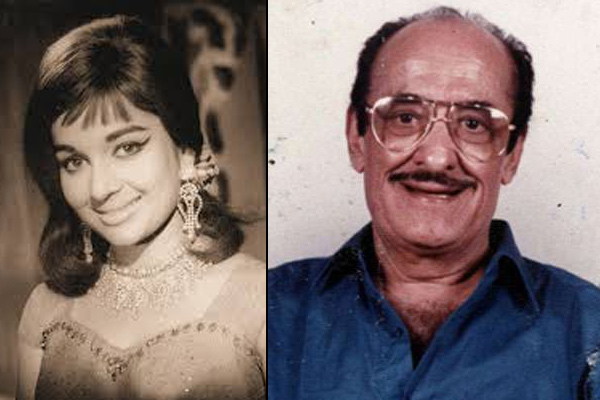 Further delving into the topic, she had said that she was destined not to get married. She revealed that her mother had tried searching for grooms, but it never worked out. She had revealed:

"It was destined that I should not marry. My mother did search for grooms. But it just didn’t work out. I’m very happy I’m not married. I can see the stress that exists between parents and children today. My co-author Khalid Mohamed handled the whole episode so discreetly and gracefully.” Talking about her decision to stay single throughout her life, Asha Parekh shared that she never missed a companion. She also clarified that she is not an introvert and she is having friends, with whom she talks. However, if someone is not destined to have a husband, then they will not have one. Asha Parekh stated:

"I don’t miss a companion. I’m not an introvert. I’ve friends and I talk to them. If marriage is not in your destiny, your spouse may leave you or he may die. And you may be left by yourself again. You come alone and you go alone. If you’re not destined to have a husband, you won’t have one."

Asha Parekh was called the Jubilee girl for her back-to-back success in films. When she was in her thirties, she was still reigning the box office. However, it was in her mid-thirties, she decided to adopt a child, but the baby had birth defects, and it didn't work out. But Asha Parekh never let this stop her, she devoted all her time to her hospital and other humanitarian work. She also started a dance academy, Kara Bhavan, which has produced skilled dancers.

Next Read: After An Arranged Marriage, Raj Kapoor Had An Affair With Nargis For 7 Yrs, But Refused To Marry Her