Inside Baba Siddique's Iftaar party that hosted some of the biggest celebrities from the Hindi film and television industries. Check it out!

Former Member of the Maharashtra Legislative Assembly, Baba Siddique is one of the country's most loved and famous politicians. With his concrete bond with Bollywood stars and his famous star-studded Iftaar bash that needs no introduction, Baba Siddique makes the headlines every now and then for arranging one of the most glamourous parties in India. Once again, on April 17, 2022, Baba Siddique arranged an Iftaar party that hosted some of the most famous celebrities from both Hindi film industry and television industry.

However, this year's Iftaar bash was a special one as it was hosted after a gap of two years due to the COVID-19 outbreak. Baba Siddique's Iftaar party was held at the luxurious Taj Lands End Hotel in Mumbai. It was a night to remember for all the cinema and television buffs, as they spotted their favourite celebrities in their best outfits at the party. From spotting famous celebrity couples to rare appearances of celebrities, who prefer living low-key, Baba Siddique's Iftaar party was indeed a night to remember. So, without further ado, let's take a look into it!

Recommended Read: Preggers Sonam Kapoor Flaunts Her Baby Bump While Caressing It As She Stuns In A Sheer Black Kaftan 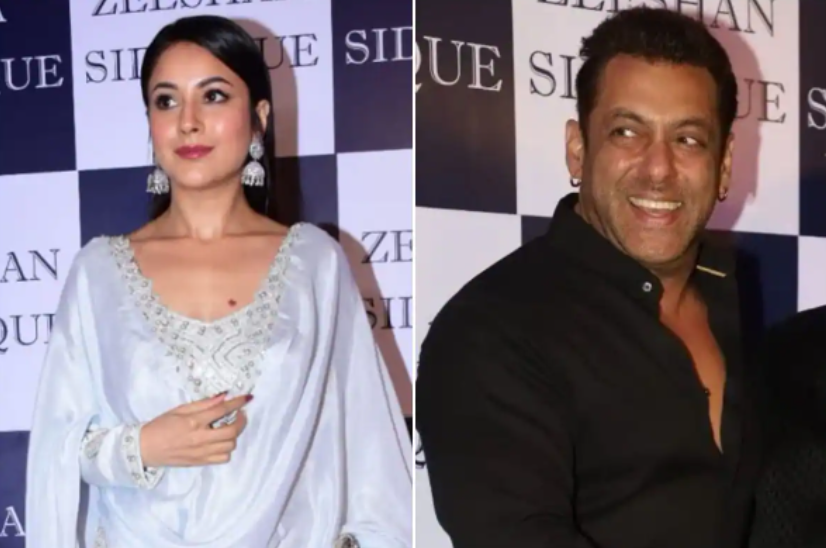 For Baba Siddique's Iftaar bash, Salman Khan looked handsome as usual in a classic black shirt, which he paired with smart-casual jeans. While Shehnaaz Gill opted for a silver ethnic ensemble that turned heads at the party, as she looked simply out of this world. Shehnaaz's sequinned kurti-salwar was the night's highlight, and she completed her look with a matching dupatta, jhumkas, and sleek straight hair. Apart from their respective outfits, Salman Khan and Shehnaaz Gill's bonding at Baba Siddique's Iftaar party caught eyeballs. According to a report in Bollywood Life, Salman looked quite concerned toward Shehnaaz throughout the party and was taking good care of her all night. The Indian superstar also sat with her and made her comfortable at the party, and Shehnaaz also looked the happiest in Salman's company. The report also added that they were talking non-stop and even had dinner together, and Salman left no stone unturned in making Shehnaaz feel like a family member. Shah Rukh Khan broke headlines the moment his look from Baba Siddique's Iftaar party made its way on the internet, as the actor finally chopped off his long tresses and looked handsome in his trademark hairstyle. The Pathan actor looked dashing in a black Pathani suit, and with a clean-shaved looked, the charismatic actor stole the limelight as ever. 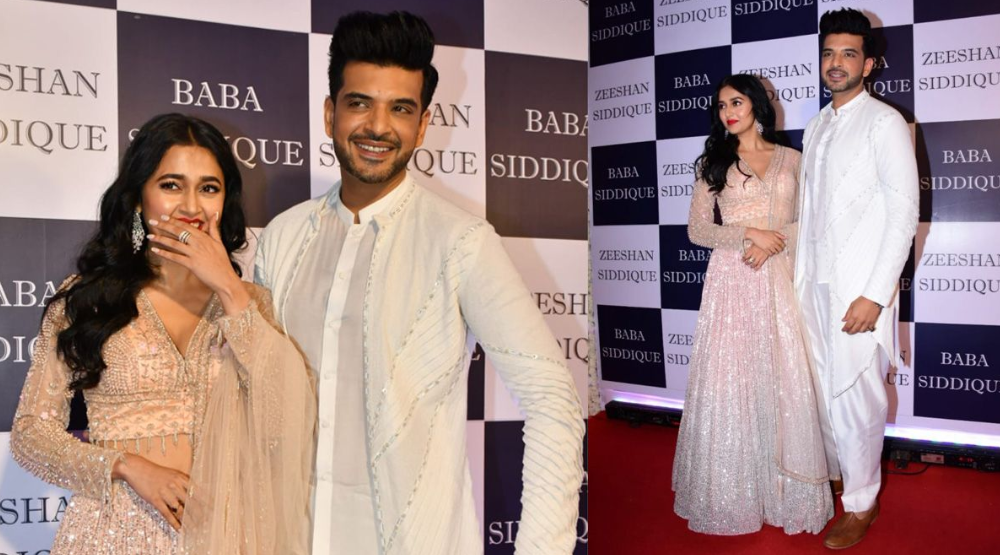 One of the most talked-about couples in the entertainment industry, Karan Kundrra and Tejasswi Prakash also attended Baba Siddique's Iftaar party. The much-in-love couple looked absolutely breathtaking in their respective outfits. While Tejasswi looked glamourous in a glitzy lehenga set, her boyfriend, Karan complemented his ladylove perfectly in an ivory-coloured outfit that featured an asymmetrical overlay.

However, their mushy moment while posing in front of the paparazzi won everyone's heart. In the video from Baba Siddique's Iftaar party, we can see Tejasswi and Karan posing for the paps, and that's when the doting girlfriend can be seen fixing her beau, Karan's outfit. The video from the same made its way on social media and is going viral right now as Tejasswi and Karan's massive fanbase is drooling over their mushy moment. 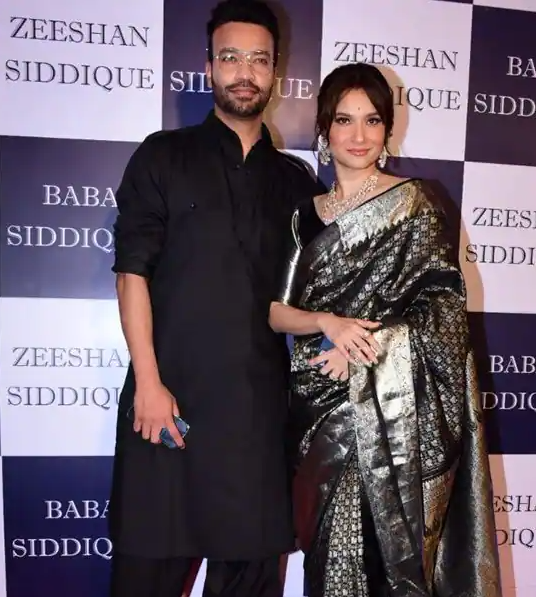 The newly-married couple, Ankita Lokhande and her husband, Vicky Jain, stunned everyone with their twinning game as they twinned in black at Baba Siddique's Iftaar party. While Vicky looked handsome in a black Pathani suit, his wife, Ankita looked stunning in a black saree.

You May Like This: 'Lock Upp' Contestant, Ali Mercchant Reveals Reason Behind Parting Ways With His Second Wife, Anam 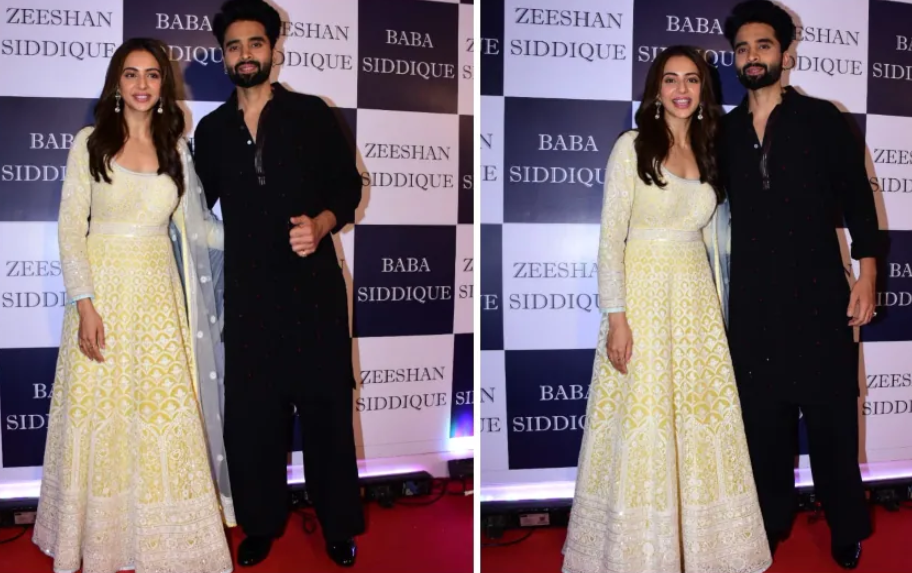 Tons of celebrity couples made their way into Baba Siddique's Iftaar bash, but one couple that has beaten everyone in terms of their surreal cuteness was none other than Rahul Preet Singh and Jackky Bhagnani. The most sought-after couple of the showbiz world looked perfect in their respective attires on the night. While Rakul Preet proved the mettle of her fashion quotient with a yellow Anarkali salwar suit and subtle makeup, Jackky made a style statement with his all-black look. 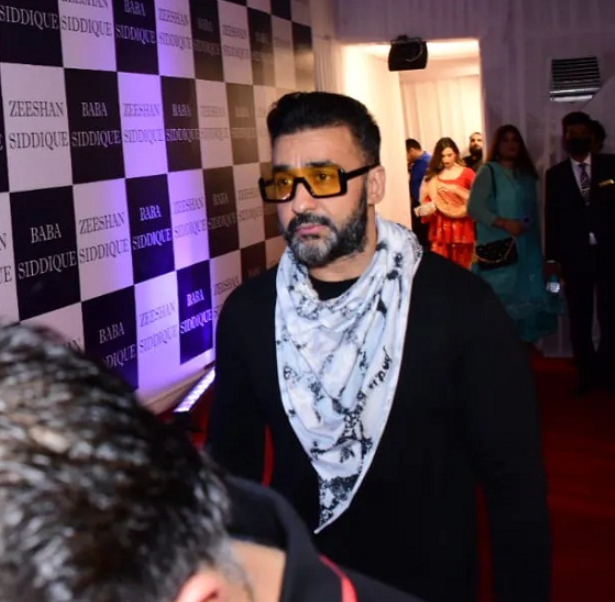 Although Raj Kundra had made a few public appearances since the end of the pornographic case, but those were all with his face covered. However, this time at Baba Siddique's Iftaar bash, Raj Kundra looked quite confident as he entered into the party without a face cover. The businessman can be seen donning an all-black attire, a pair of sunglasses and a white and black Arabian scarf. Raj Kundra's wife, Shilpa Shetty Kundra also attended Baba Siddique's Iftaar party and looked gorgeous as ever in a pink-sharara set. However, apart from her lovely outfit, what caught everyone's attention was that there's not a single picture on the internet that featured Shilpa and her husband, Raj Kundra, in a single frame, even though both of them were under the same roof.

Although everyone at the party rocked their respective outfits but we want to know from you, is there any celebrity whose outfit you liked the most? Let us know!