Bharat Takhtani Pens Down A Sweet Birthday Note For 'The Love Of His Life', Esha Deol

Bharat Takhtani Pens Down A Sweet Birthday Note For 'The Love Of His Life', Esha Deol

Born to legendary actors of the Indian cinema, Dharmendra and Hema Malini, Esha Deol, clocked another year today. The actress is not only a doting daughter, but also a caring wife, loving mommy of two, and not to mention, a diva who swooned audiences of the early 2000s with her stunning looks and acting skills. Esha Deol made her debut in the Bollywood industry in 2002 with the film, Koi Mere Dil Se Poochhe. In the same year, she delivered two more films, Na Tum Jaano Na Hum, starring Saif Ali Khan, and Hrithik Roshan, and Kyaa Dil Ne Kahaa, opposite Tusshar Kapoor. Some of Esha Deol's notable movies include Yuva, No Entry, and Dus, among others.

Esha Deol is beautiful, inside and out. Moreover, she shares a close bond with her parents, Dharmendra and Hema Malini. The actress often posts heartwarming pictures on her social media handle, featuring herself with her loved ones. Her captions perfectly capture the love and respect she has for her family. As Esha Deol turns 40 today, her husband, Bharat Takhtani, won our hearts with his birthday wish for the love of his life, on his social media handle. On November 2, 2021, Bharat Takhtani took to his Instagram handle and dropped a beautiful picture featuring himself with his wifey, Esha Deol. In the picture, we can see the adorable couple holding each other as they smiled for the camera. While Esha donned a pink and green printed dress, on the other hand, Bharat looked handsome in a blue shirt and white pants. Both of them completed their look with a pair of sunglasses. Along with the picture, the doting husband wrote:

"Happy birthday to the love of my life @imeshadeol."

Also read: Sushmita Sen Celebrates The Birth Of Rajeev Sen-Charu Asopa's Baby, Reveals The Joy Of Being A 'Bua'

The much in love couple never misses an opportunity to shower love on each other on their special days. It was on October 12, 2021, as Bharat Takhtani had turned a year older, Esha Deol had penned a cute message for her dear husband. While Esha and Bharat could be seen posing for a selfie in the first picture, the other one had looked candid, and Bharat had ‘I cannot do it anymore’ written all over his face. Sharing the two pictures on her IG handle, Esha had written:

“Happy birthday my love, my crazy cuddly partner in everything My Beetee @bharattakhtani3 Stay blessed, happy & healthy! I Love you.” 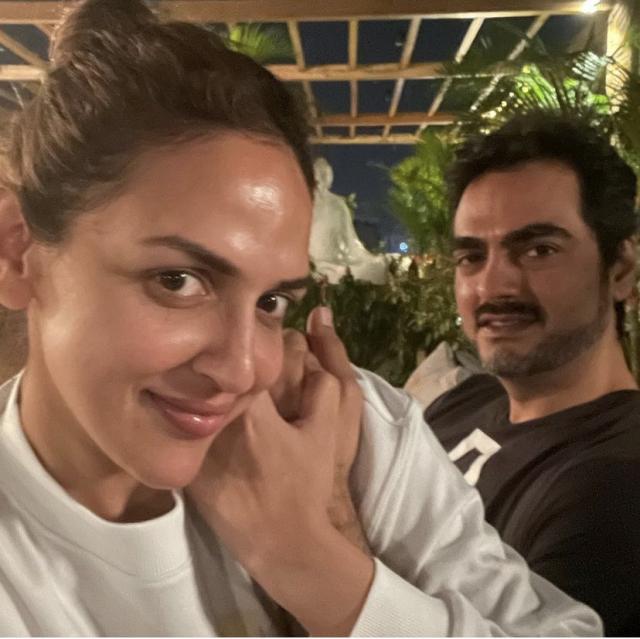 For the unversed, after a few years of courtship, Esha Deol and Bharat Takhtani had tied the marital knot on June 29, 2012. Esha had added Takhtani to her name and exchanged wedding vows with Bharat in a low-key ceremony at the ISKCON temple in Mumbai. Esha and Bharat's wedding was a grand affair with who's who of Bollywood present at their wedding ceremonies. Now, the two are proud parents of two daughters, Radhya and Miraya. Don't miss: Katrina Kaif To Soon Go On A Month-Long Break For Her Wedding Preparations 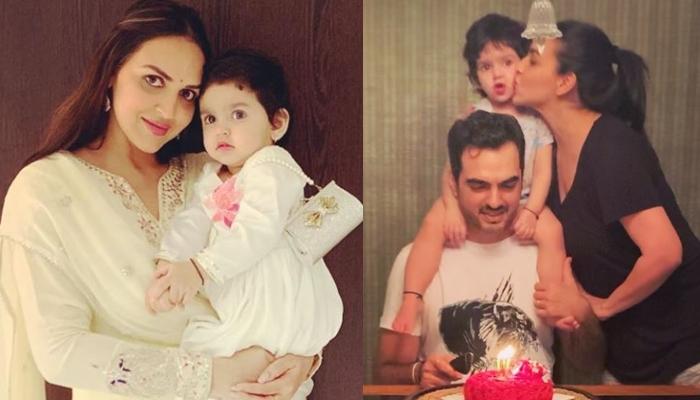 Being a mother is a remarkable experience and a privilege that every woman values. It is a 24*7 thankless job that every woman happily signs up. However, the biggest pleasure is to raise a daughter, and the fun doubles up when a mother gets blessed with two. And Bollywood actress, Esha Deol