Ever since Esha Deol Takhtani had announced her new role as an author, congratulatory and good luck messages have been flooding her social media timeline. Here's how Takhtani clan wished her.

‘Meri saas toh na…’, ‘mere in-laws allow nahi karte’, ‘I miss MY home’, ‘kaash main apne parents ke saath hoti’, ‘main job nahi kar sakti kyunki mere parents-in-law ko kaam karne wali bahu nahi chahiye’ – were some lines that we would often hear from a daughter-in-law after her marriage. But times have changed now and for good! Gone are the days when newly-married girls would gossip and crib about her in-laws with her friends. The brighter side of living with in-laws is you always stay grounded and lucky are the ones, who are blessed with a daughter in disguise of a bahu and parents in the form of in-laws. And to go by Esha Deol Takhtani’s social media profile, we can vouch that she is one such lucky woman! (Also Read: Mira Rajput Kapoor Flaunts Her Mehendi Clad Hand Done By Little Missy, Misha Kapoor With Sketch Pens)

Not only Esha Deol Takhtani receives immense love from her husband, Bharat Takhtani, but even her in-laws support her for every decision at every step of her life. And February 10, 2020, was no different! Esha announced her new venture as an author and on March 23, 2020, her book, Amma Mia, will be launched. Esha’s debut book, Amma Mia documents her "adventures" in motherhood and is a hands-on guide to take control of the child’s diet and making them love food. Ever since Esha had announced her new role as an author, congratulatory and good luck messages have been flooding her social media timeline.

Bharat Takhtani too, posted a proud note for his wife, Esha Deol Takhtani for her new venture and sharing the first glimpse of her book, wrote, “So proud of you my Esha. Happy to let everyone know your first book #ammamia is out this March 23rd. To pre order go to @imeshadeol link in bio. Thank you everyone for your love and support.” To which, Esha replied, “My BEeeeeteeeee I love you @bharattakhtani3.” Even the Takhtani clan including Nidhi Takhtani, Manik Takhtani, Tina Takhtani, Tarun Takhtani posted Insta stories to show their support for Esha. Here are the screenshots of the same: 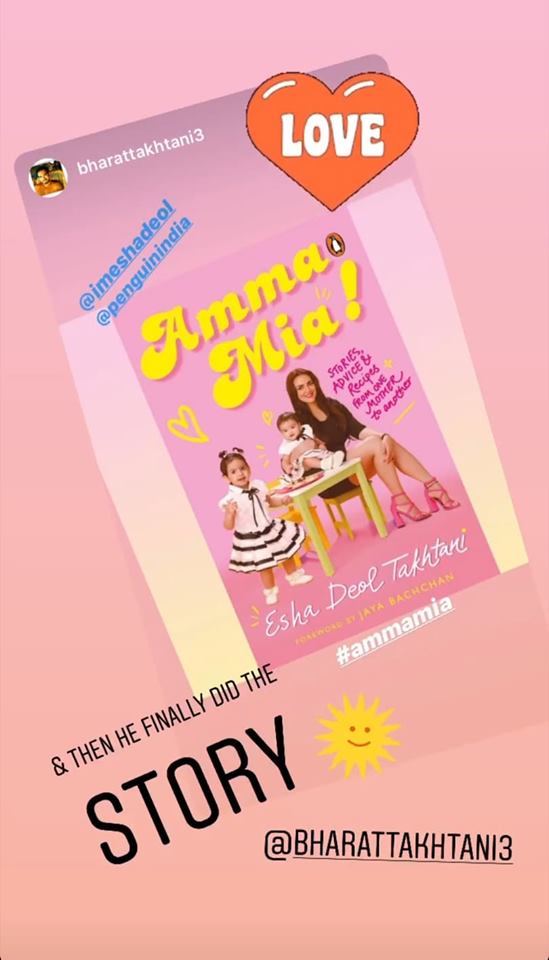 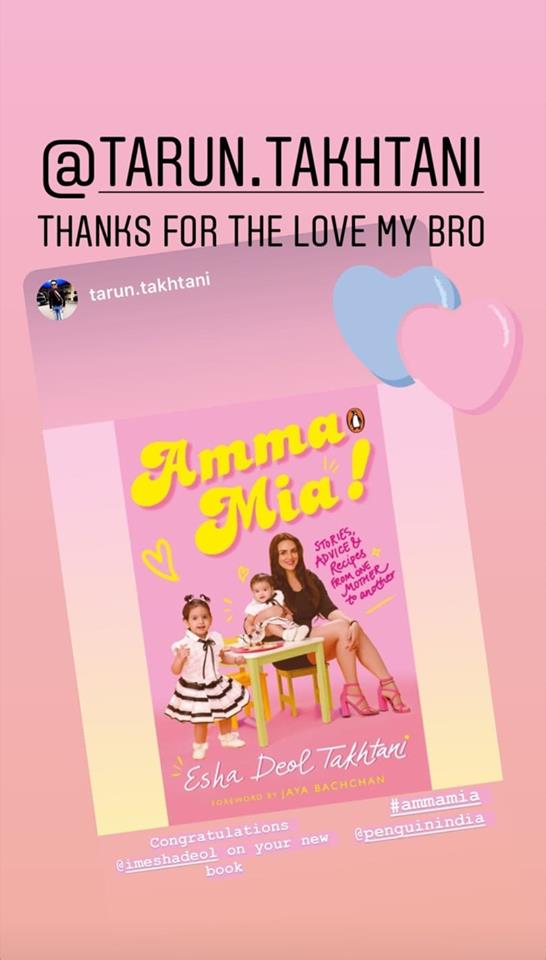 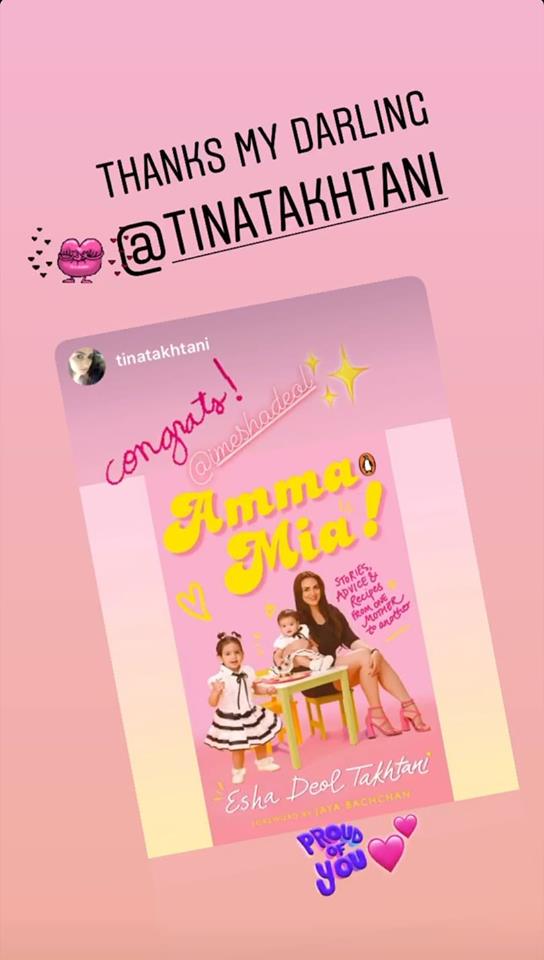 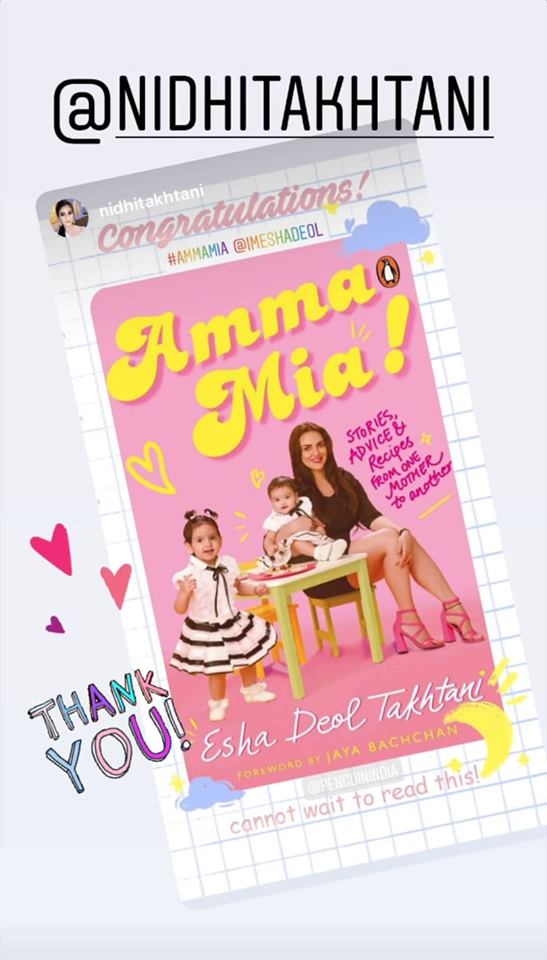 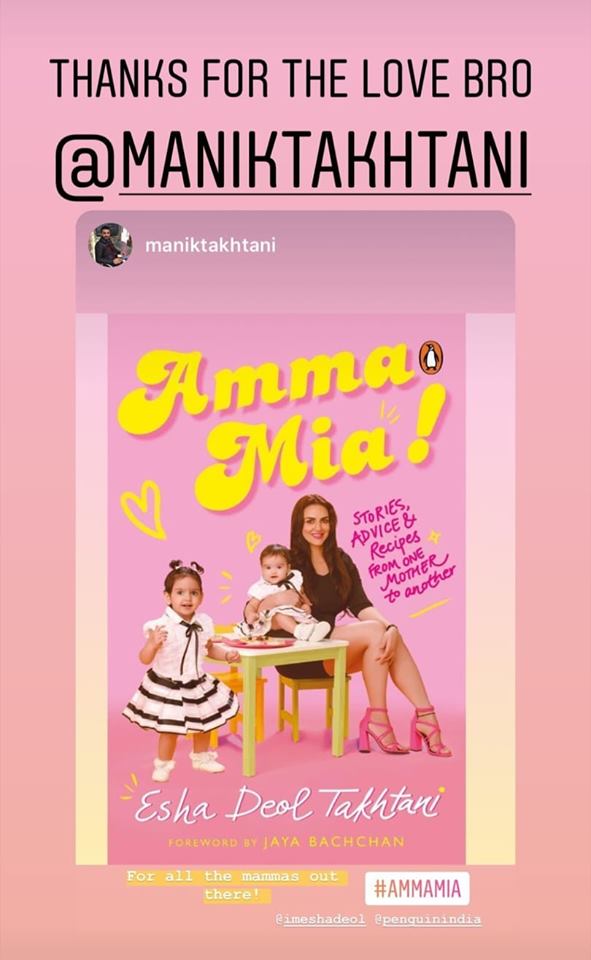 Esha Deol Takhtani’s star parents, Dharmendra and Hema Malini were among the first few ones to share the first look of their daughter’s book, Amma Mia and expressed how this is a special moment for them. While Hema Malini had written, “I am really proud of my baby @imeshadeol for bringing out this book on motherhood and recipes for little babies. She has been working on this book for last one year and I am so happy to see that it has shaped up so well. I am sure this book will be helpful to all mothers,” Dharmendra had captioned his post as “A golden gift from my baby to all the loving mothers @imeshadeol #ammamia.” (Also Read: Dia Mirza Compares Separation With Sahil To Her Parents' Divorce, Reveals How She Derived Strength) In an interview with Outlook, Esha Deol Takhtani had spoken about her new role as an author and her debut book about parenting. Esha had shared, "This is my first foray into writing, with a subject that is very close to my heart-parenting. They say becoming a mother is one of the most beautiful experiences a woman goes through, and with the grace of God, I'm glad to have experienced it twice over. Raising my two daughters - Radhya and Miraya - is nothing short of an adventure and through the book I want to share with new mothers the exciting and overwhelming joyride I’ve been on since becoming a first-time mom and all the tears, laughter and drama that comes along with it." With a hope for the book to act as "a best friend and guide to all new mommies", Gurveen Chadha, senior commissioning editor, Penguin Random House India said, "Esha takes you effortlessly through the early years of motherhood based on her experiences as a mother of two daughters. The book is packed with fun tips and tricks and recipes for fresh home-cooked meals that are uncomplicated and easy-to-follow. I'm delighted that Esha will publish this book with us and I'm certain it will come in handy for many expecting and new parents. Give this as a special gift to a friend or enjoy using it in your own kitchen." 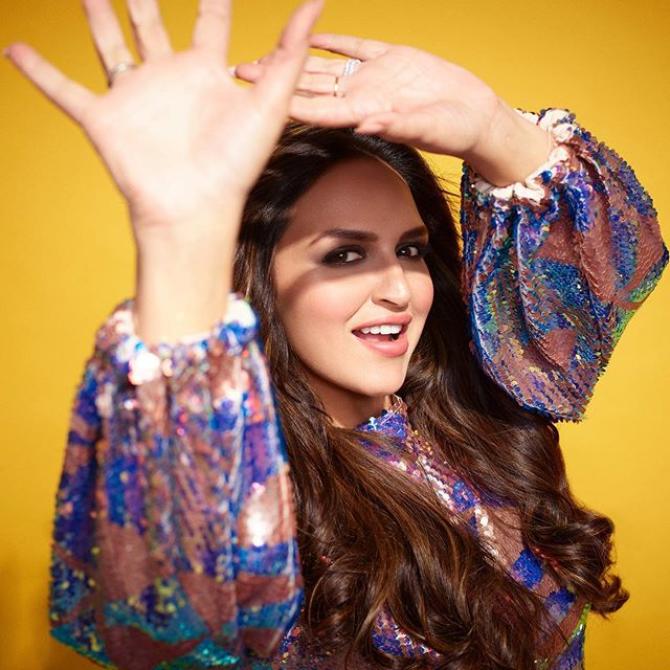 The cover of Esha Deol Takhtani’s debut book has her, posing with daughters, Radhya Takhtani and Miraya Takhtani who twinned with each other in a white-coloured frock. Sharing a BTS video with Radhya, Esha had written, “#behindthescenes my little bome (doll) Radhya getting ready for the shot is the highlight.... she & my Miu ( Miraya ) are my inspiration for writing this book #ammamia Pre order link in my bio & My book will hit the stands nation wide from 23rd March 2020 @penguinindia Thank you @tarasharmasaluja for being so lovely & your precious time.” (Also Read: Samantha Akkineni's Reaction When A Fan Blessed Her To Have A Baby Soon Is Too Sweet To Miss)

Wishing you tonnes of good luck for your debut book, Esha! 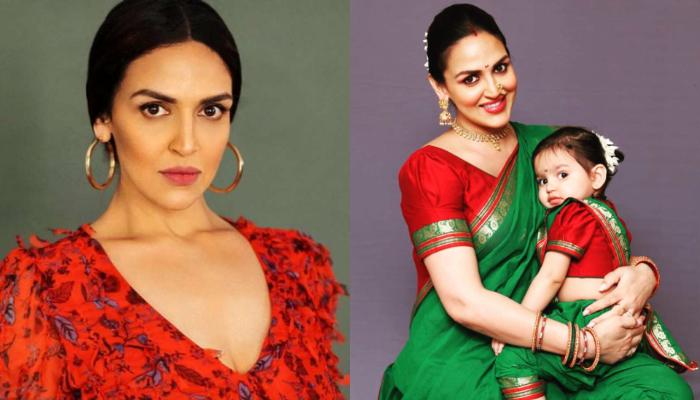 Bollywood actress, Esha Deol, was born to a set of glamorous parents, veteran actors, Hema Malini and Dharmendra, and she has seen how to balance professional and personal lives from the best. She has been in the entertainment world for years and has even made a name for herself. But,