Mommy-to-be, Bharti Singh and her husband, Haarsh Limbachiyaa are currently living in their farmhouse. In a YouTube video, the couple gave us glimpses of the same.

Laughter queen, Bharti Singh, is going to embrace motherhood soon, and start one of the most beautiful chapters of her life. Bharti Singh and her husband, Haarsh Limbachiyaa, are taking all the precautions to ensure the safety of their unborn baby. However, keeping in mind the surge in the COVID-19 cases in Mumbai, Bharti and Haarsh have shifted base to their farmhouse, which is located on the outskirts of the city. Now, the couple has shared glimpses of the same.

For the unversed, on December 10, 2021, Bharti Singh and Haarsh Limbachiyaa had shared a video on his YouTube channel to announce their first pregnancy. In the video, at first, Bharti was seen looking at her self-test pregnancy kit and later, she was stunned seeing two lines on it. Further, after dancing with joy, she had woken her husband, Haarsh and had announced the ‘good news’ to him, who had looked super-excited after hearing the pregnancy news. Check out:

On January 14, 2022, Bharti Singh and Haarsh Limbachiyaa shared a video on their YouTube channel, Life of Limbachiyaas. In the video, we can see the behind-the-scenes footage from one of their shoots at their farmhouse. The couple was seen having a fun time at their farmhouse, which has a swimming pool, spacious rooms, a lawn, and other amenities. Apart from it, their property also has ample space for their dog, Gogo, to play. Check it out below:

During one of the segments of the video, mommy-to-be, Bharti Singh was seen cooking dal makhani and roti on a chulha. She shared that she had brought that outdoor fire grill from Mumbai so that she can enjoy the food cooked on it. On the other hand, her husband, Haarsh, was also seen roasting chicken on it. Needless to say, the couple was having a great time while enjoying scrumptious food together.

Bharti Singh has been quite vocal about her maternity, and a few days back, in an interview with Bollywood Life, she had opened up about how she's taking care of herself. The mommy-to-be had shared that she's been on a healthy diet and exercising regularly to avoid any complications. She had said:

"I have been waking up early in the morning. I go for walk, and then I eat soaked almonds and something healthy for my breakfast like sprouts or something green with lots of fruits and juice. Later in lunch, I eat bajra, jawar, corn ki rotis, I try to eat as healthy I can. I don't really on anyone to give me food on time. I make sure that I myself do it as right now the person who can take the best care of me is 'me'." 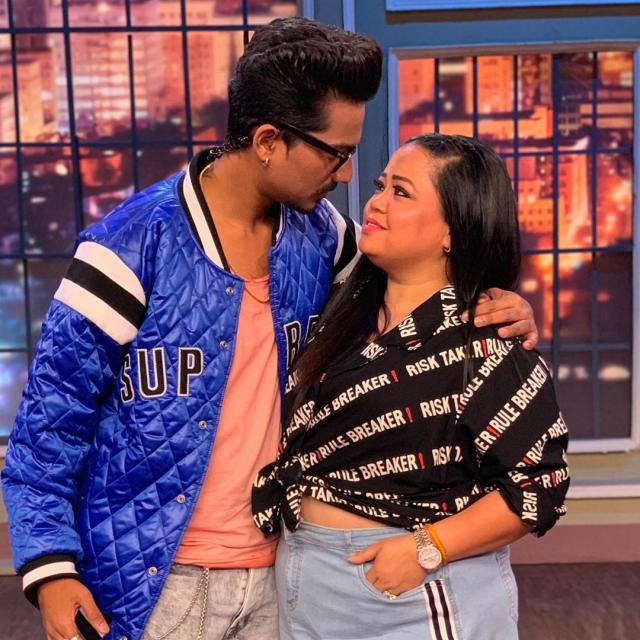 Bharti Singh had started her fitness journey long before her pregnancy and had shocked the entire nation with her physical transformation. Further in the interview, the comedienne had also revealed that she wants to continue working so that she can avoid the painful experience of a C-section. She had added that she's scared of caesarean and had shared:

"I have started doing yoga every alternate day. I am really very scared of caesarean, I've heard it hurts a lot later and I will be a working mother so I don't want any complications ahead. I have been working out a lot and following all the instructions by my doctor so that I can have a normal delivery. I at least walk for an hour in the morning and do yoga that is instructed by my trainer." 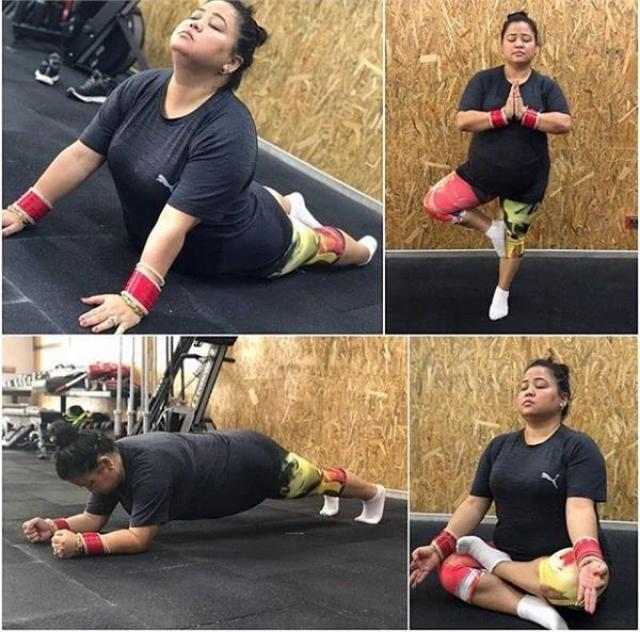 For the unversed, Bharti Singh and Haarsh Limbachiyaa had tied the knot on December 3, 2017, at a destination wedding in Goa.