India's leading fast bowler, Bhuvneshwar Kumar's wife, Nupur Nagar wished him on his birthday with a romantic note along with a set of some cute pictures. Find out!

Indian cricketer, Bhuvneshwar Kumar is one of the least hated cricketers in Indian team. The right-arm fast-medium bowler plays for Sunrisers Hyderabad in the Indian Premier League and is also a robust right-handed batsman. Bhuvneshwar is an inspirational figure for all the youngsters across the country, who want to become a cricketer, as over the years, he has proved his excellence time and again, in many tournaments and series. Since his debut back in 2012, Bhuvneshwar had proved the mettle of his excellent average as he had represented India in 21 Tests, 114 ODIs and 43 T20Is. (Recommended Read: When Abhishek Bachchan Planned 'Disastrous' Date For Wife, Aishwarya Rai On Their Second Anniversary)

While on the professional front, he has impressed everyone with his bowling and batting exploits, the cricketer had won everyone's heart when he had tied the knot with his childhood love, Nupur Nagar on November 23, 2017. Since then, the two lovebirds have been melting our feeds with their romantic pictures and mushy notes for one another through their respective social media handles.

Virat Kohli Tries To Impress Anushka With A Cheesy Pick-Up Line, Calls Himself 'Launda From Dilli' 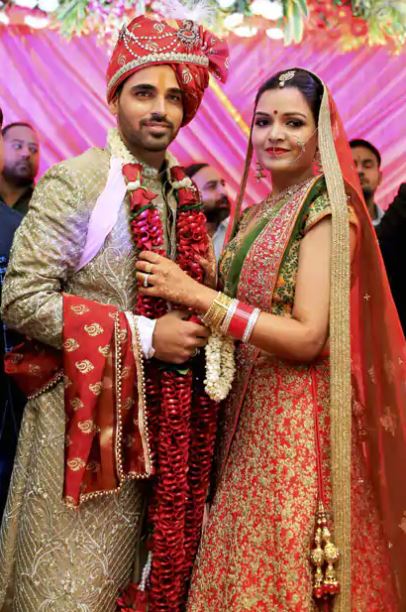 On February 5, 2021, India's fast bowler, Bhuvneshwar Kumar turned a year older. On his birthday, his wife, Nupur Nagar took to her Instagram handle and shared four unseen pictures from their memory lane. In the first picture, the couple looked adorable as Nupur can be seen holding her hubby's hands and posing for the camera with a cute smile. The second one is a stunning selfie, the third one is a super-adorable picture of Bhuvneshwar with his pooch, Alex, and the last and fourth one is again a selfie, in which we can see Bhuvi making a funny face, while Nupur posed with a sweet smile. Along with the pictures, Nupur penned a heart-melting note for her hubby, and it can be read as "Happy Birthday Bhuv! You make my world beautiful.. My most amazing person, not just this life but please be born for me for all the next ones. Love you to the moon n back!" Take a look: 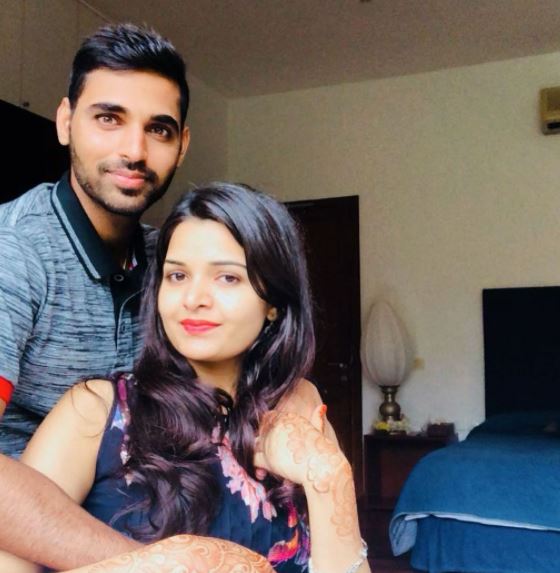 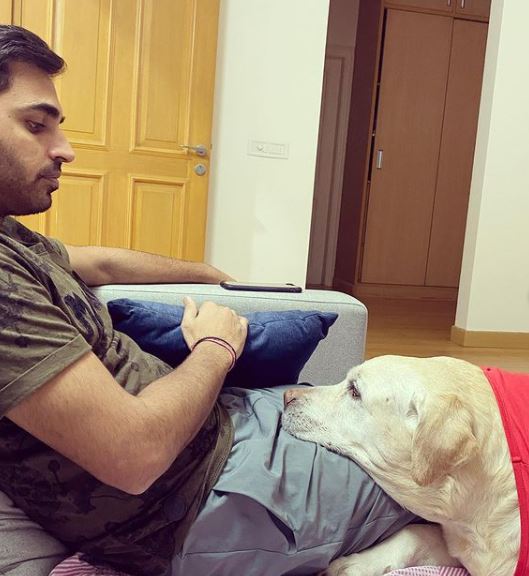 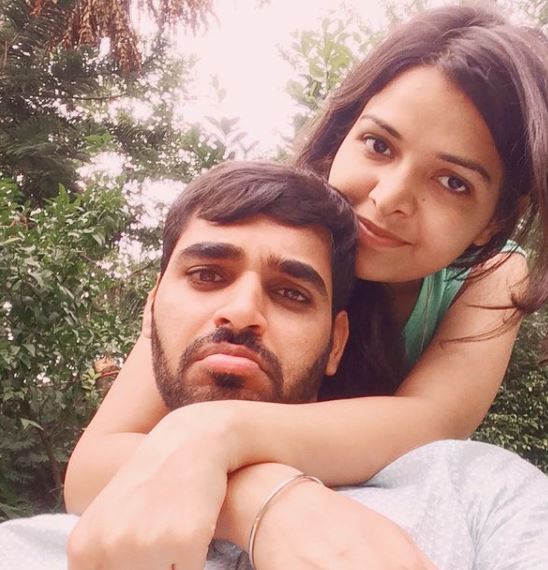 Time and again, both Bhuvneshwar Kumar and his wife, Nupur Nagar heaped their immense love, admiration, and gratitude for each other through their emotional and romantic posts on their respective social media handles. For instance, on the auspicious occasion of Karwa Chauth, Bhuvneshwar had taken to his IG handle and had shared an adorable picture with his wife along with a lovely wish that could be read as "Happy karvachauth. May the moon keep shining in all our lives #karvachauth #togetherforever." In the picture, the couple had looked breathtakingly gorgeous in their respective outfits. After some hours, Nupur had also shared two stunning pictures from the same on her IG handle and had captioned them as "With my Always keep smiling and shining. #happykarwachauth." (Don't Miss: On Abhishek Bachchan's 45th Birthday, His 'Chachi', Ramola Bachchan Bakes His Favourite Cake) 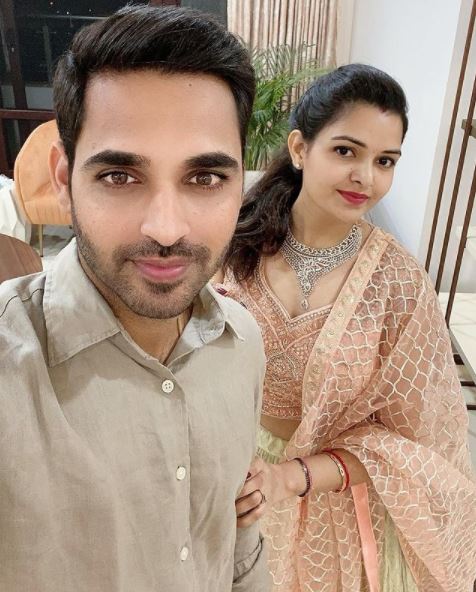 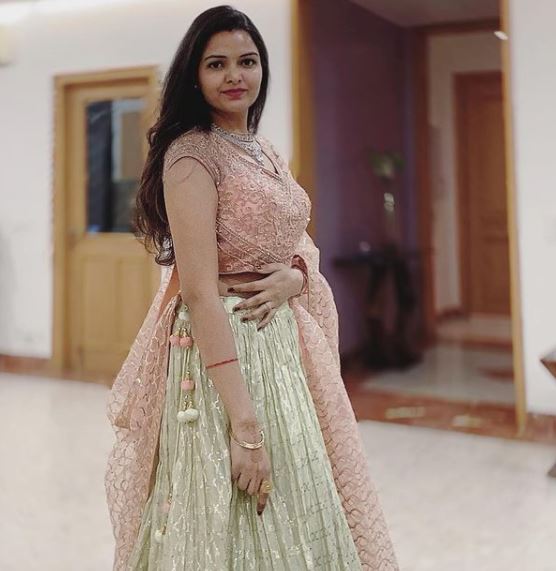 For the uninitiated, Bhuvneshwar Kumar and Nupur Nagar are childhood lovers and had met when Bhuvi was just 13, and Nupur was 11. The two had fallen in love with each other as teenagers, but it was the purity of their relationship that had passed the test of time with ease. In a candid conversation with Shaadisaga, before their wedding in 2017, the then-bride-to-be, Nupur had talked about their love story and had revealed that Bhuvneshwar was the one, who had proposed her first. She had said, "He (Bhuvneshwar) proposed! First through a text message over a game of question-answers, then over a phone call, and lastly gathered the courage to say face to face." After all these years, the two still hold that teenage spark in their married life that had made them fall for each other when they were kids. (Also Read: 9 Months Pregger, Kareena Kapoor Shares The Difference Between Her First And Second Pregnancy) 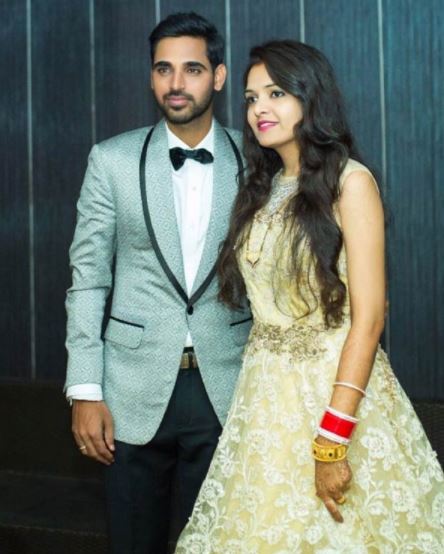