'Bigg Boss 14' contestant, Rakhi Sawant is reportedly going to participate in 'Nach Baliye 10' with her husband, Ritesh, as she talked about their current equation in her latest interview. Find out!

Popular celebrity, Rakhi Sawant was one of the finalists of the popular reality show, Bigg Boss 14, and it was her hilarious antics and controversial statements that brought the much-needed masala in the show that was way too dull before she had entered into the house. Soon, Rakhi's mysterious marriage with her unidentified husband named, Ritesh had become the show's most entertaining and talkative point. Now, it seems like the makers of another hit reality show, Nach Baliye are reportedly considering unfolding Rakhi Sawant's mysterious marriage with her husband, Ritesh in their show's upcoming tenth season. According to multiple reports, Rakhi will participate in Nach Baliye 10 with her husband, Ritesh, and the two will make their first appearance together on the show. (Recommended Read: Nick Jonas And Priyanka Chopra Steal The Show As They Look Stunning Announcing The Oscar Nominations)

There's no denying in the fact that during Rakhi Sawant's stay in Bigg Boss 14, her every revelation about her marital life with mysterious husband, Ritesh was breaking the internet in no time. All the leading publications and social media handles were talking about Rakhi and Ritesh's love story. Now, in the middle of all these speculations of Rakhi and Ritesh all set to appear in Nach Baliye 10, the celebrity herself has reacted to these ongoing reports in her latest interview and also talked about her current equation with Ritesh.

Rakhi Sawant's Brother Reveals Whether His 'Jiju', Ritesh Was Already Married With A Child Or Not

Rakhi Makes A Big Revelation About Her Husband, Says Her Marriage Is Not A 'Publicity' Gimmick

Bigg Boss 14: Rakhi Sawant Clarifies Why She Had Pulled The Strings Of Abhinav Shukla's Shorts 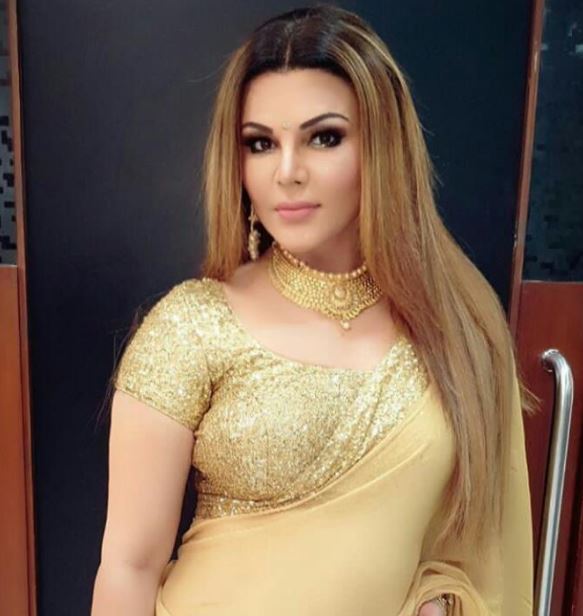 In a heart-to-heart conversation with ETimes TV, Bigg Boss 14 finalist, Rakhi Sawant talked about her current equation with her mysterious husband, Ritesh and revealed that things are much better between them now. She also stated that her hubby is considering flying down to India to clear all the misunderstandings about their wedding. She said, "Ritesh is planning to come down to India and sort out all the misunderstandings about his first marriage. Things are better between us now." When Rakhi was asked about the ongoing reports about her and Ritesh participation in Nach Baliye 10, the actress gave an interesting answer. She added, "I don't want to disclose much, but we have been offered a big reality show together. I won't name the show. No comments. I don't want to talk about it much. Things are in the pipeline." 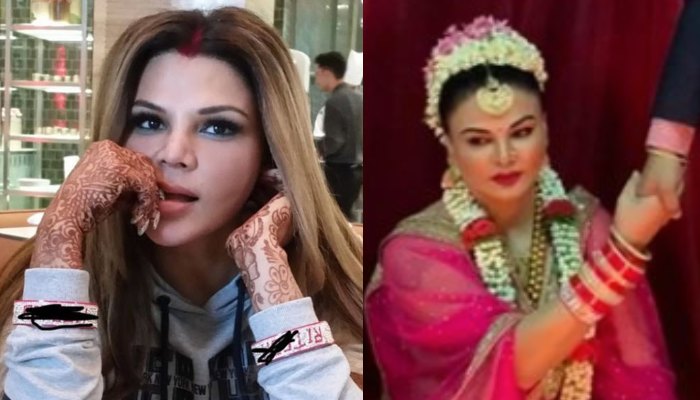 Going further in her interview, Rakhi Sawant also stated that her husband, Ritesh is a prominent businessman and manages a staff consisting of almost 10,0000 employees. She said, "The makers are talking to Ritesh because he is a big businessman. I initially thought 400 people are working under him, but I recently learnt that he manages 10,0000 employees." Rakhi also added that if Ritesh will agree to the offer presented by the reality show makers, he has to stay in India for almost three to four months and for that time, his work will be at a halt. She added, "If he comes to India to do the show, he will have to leave his work for three-four months and be here." (Don't Miss: Alia Bhatt Celebrates Birthday With 'Most Important Women' Including Future 'Saasu Maa' Neetu Kapoor) A few months ago, in an interview with ETimes, Rakhi Sawant had talked about her husband, Ritesh, and had stated that he had never informed her about his first marriage and kids. However, despite knowing all of this, Rakhi had added that she is still unsure whether she will divorce Ritesh or not, as she wants to become a mother and embrace motherhood. She had said, "Now my priority is to become a mother and experience motherhood. I don't need a Vicky Donor for my child, I need a father." Rakhi had concluded her statement by saying that she doesn't want to be a single mother and had added, "I don't want to be a single mother. I don't know how this will happen, but I really wish it does. I just hope there comes a solution for this as I still have my eggs frozen." (Also Read: Gauahar Khan's Team Denies She's COVID-19 Positive In Their Statement, After BMC's FIR Against Her) Do you want to see Rakhi and Ritesh in Nach Baliye 10? Let us know!

Rakhi Sawant's Brother Reveals Whether His 'Jiju', Ritesh Was Already Married With A Child Or Not