Bobby Deol On Wanting To See His Sons, Aryaman Deol And Dharam Deol On The Silver Screen

Bobby Deol On Wanting To See His Sons, Aryaman Deol And Dharam Deol On The Silver Screen

'Love Hostel' fame, Bobby Deol talked about launching his sons, Aryaman Deol and Dharam Deol into Bollywood. He also opened up about his failed career. Check out!

Bobby Deol, the younger son of yesteryear superstar, Dharmendra and his first wife, Prakash Kaur, has made a big comeback with his back to back OTT releases like Class Of 83, Aashram and Love Hostel. With his successful web films and web series, Bobby Deol, now known as 'Lord Bobby', has found a new generation of audience in the last two years. Now, the actor said he would like to see his sons, Aryaan Deol and Dharam Deol, on the silver screen.

For those living under the rock, Bobby had met with the woman of his dreams, Tania Ahuja Deol, at a restaurant. It was love at first sight for the Race 3 actor. The couple had walked down the aisle in a dreamy wedding in 1996. After six years of married life, the madly-in-love couple had welcomed their first baby, Aryaman in 2002 and their second munchkin, Dharam in 2004. Interestingly, Dharam was named after his adorable grandfather Dharmendra, and it had melted many hearts.

Bobby Deol Shares A Picture With His Son, Aryaman Deol On His 50th Birthday And He Is So Handsome

Dharmendra Posts A 'Khoobsoorat' Picture Of Son, Bobby Deol, It Is Every Father Ever

Dharmendra Shares The Price Of His First Car, A Vintage Fiat, Calls It 'My Beloved Baby' (See Video)

Dharmendra Cooking Food With His Son, Sunny Deol In This Childhood Picture Is Pure Father-Son Goals

Bobby Deol Says He Thinks He Should Have Done More Movies With His Father, Dharmendra Bobby Deol's oldest son, Aryaman Deol is often praised by the audience for his handsome hunk looks. While fans said that Aryaman could be the next superstar from the Deol clan, Bobby thinks otherwise. In a recent interview with The Times Of India, the Love Hostel actor was asked if both Aryaman and Dharam would follow in the footsteps of their father and grandfather. To which, Bobby replied that though good looks are a plus point, it does not guarantee success in the film industry. Bobby Deol revealed what he wants his sons to do, as he elaborated on the uncertainty of actors' careers. He shared:

"For my experience in life, I want them to educate themselves first. I want them to broaden their horizons. We have to educate them so that they understand about other things in life. Because even though they'll become actors, they need to understand how to sustain themselves. An actor's career is quite uncertain. If things don't work, they will have to move in the right direction. They can do something else, and look after themselves. I give that advice to anyone; if anyone was to be an actor first, if you have the facilities to complete your education, do that. Even if you become successful, how do you take care of all the wealth you make? You need to be educated. So you can do other things." 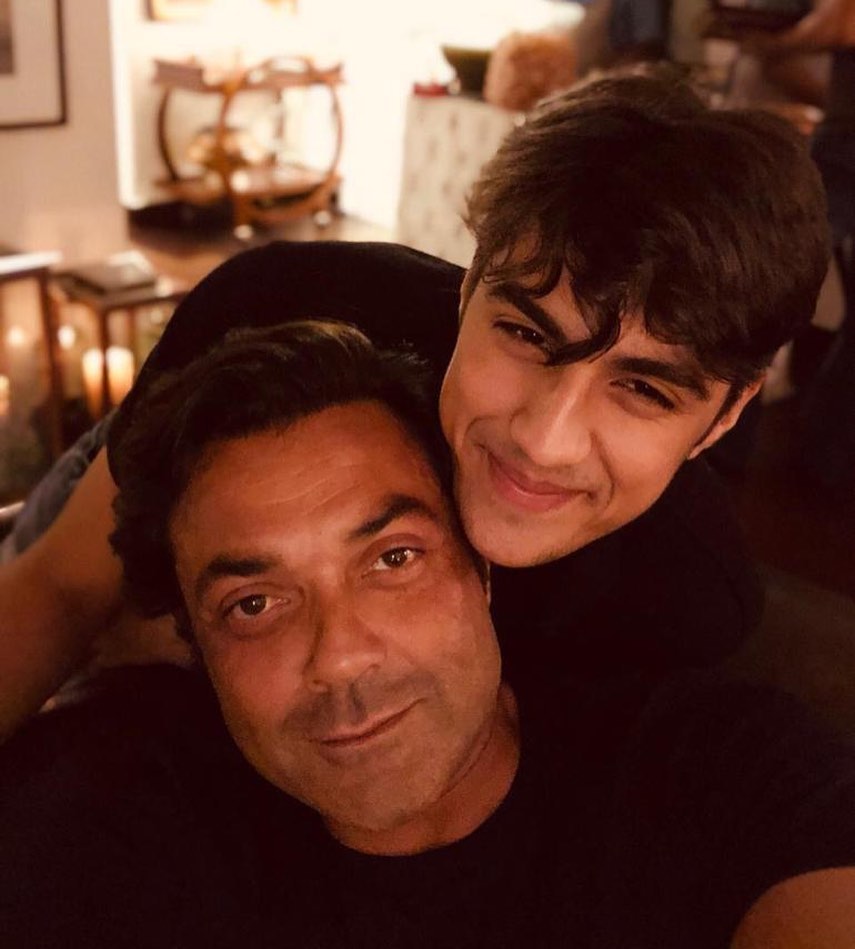 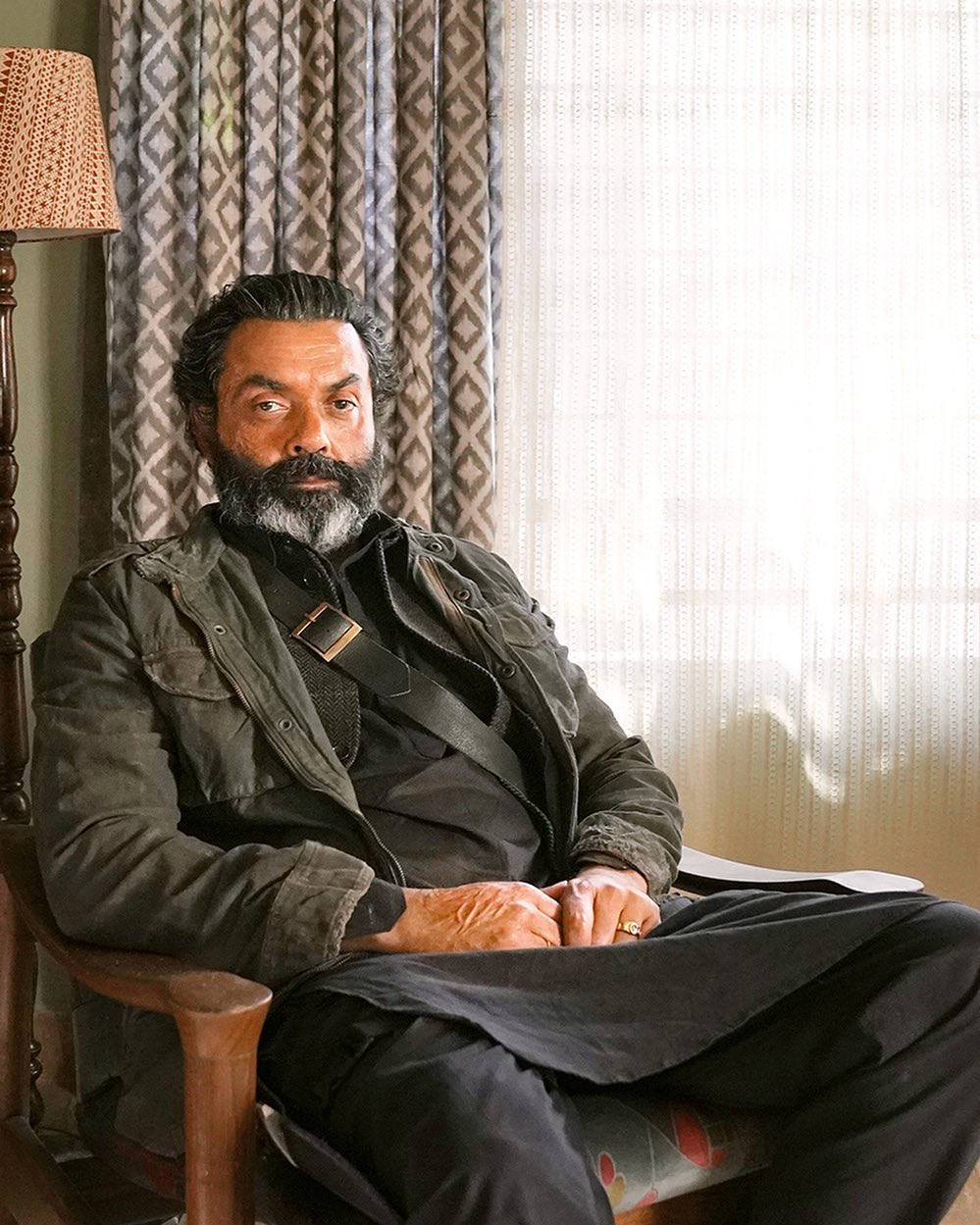 Giving an example from his personal experience, Bobby said that he had a great start in Bollywood because of his good looks. However, he had faltered in the later stages of his career. Thus, it is always the audience, who decides whom they want to see. He also mentioned that he would definitely like to watch his sons, Aryaman and Dharam on silver screen. In his words:

"I know that people have seen Aryaman's pictures on the internet and I feel really proud that they are looking at him as this amazing hunk. As a father I feel proud when I hear that, but when I started my career, everybody thought I was this hunk and a good-looking boy. I've seen that. It's not really about how good looking you are or how bad looking you are. When people really want to see you, they will see you. I had a great run in the beginning of my career, but then I faltered. That's the way the career moves for an actor. Any actor in our industry has never had a good start and a good ending in their careers. It's always been either a bad start, followed by a good ending or vice versa. It's difficult, but I would definitely want to see both Aryaman and Dharam on the silver screen." In the same interview, Bobby Deol recalled how his father and iconic actor, Dharmendra, had always supported him and praised him as every father would do. Later, Bobby admitted that he was not even a fraction of Dharmendra. Bobby could be quoted as saying:

"Obviously. Even if I'm not better than my father, he'd always say, You're the best'. A father always talks to his children like that. There can never be anyone as great as my father. Yet, when he talks to you about how good looking you are and how well you did in your films. I feel like telling him, 'Dad! I'm not even a fraction or 1/3 of what you are." We hope to see both of Bobby Deol's sons, Aryaman and Dharam, shine on the silver screen if they ever decide to be an actor. What do you think?

Bobby Deol Shares A Picture With His Son, Aryaman Deol On His 50th Birthday And He Is So Handsome

Dharmendra Posts A 'Khoobsoorat' Picture Of Son, Bobby Deol, It Is Every Father Ever