It is a universal truth (in most cases) that daughters are their ‘daddy’s little angels’ and sons are ‘mama's boys’. And in cases of some of our favourite handsome hunks from the film industries, the latter saying goes absolutely correct. Yes, all our favourite Bollywood actors are blessed with looks, money, fame and much more, but what they are also blessed with is the fact that they are slightly closer and tilted towards their moms.

Well, in this article, we will be unfolding a few such Bollywood hotties who are closer to their mums than their papas. All these below mentioned men listen to their moms, pay heed to their advice and love them unconditionally like no one else. So, let’s move on and check out who all have made it to this list!

Kunal Khemmu To Shahid Kapoor: Celebrities Who Own Bikes Worth Rs 16 Lakhs To 45 Lakhs

You May Also Like: 10 Star Kids (Sons) Who Have Grown Up To Look Like Their Fathers, Sharing The Uncanny Resemblance 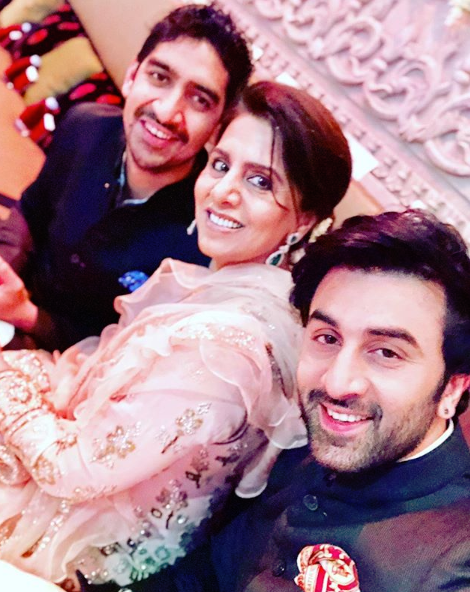 One such actor that would top the list of being ‘mama’s boy’ is undeniably Ranbir Kapoor. So much so that, Ranbir’s features also match with Neetu Singh. Born to Rishi Kapoor and Neetu Kapoor in 1982, Ranbir shares a slightly more closeness with his mom and is a perfect example of a mama’s boy. In an interview with Firstpost, Neetu Singh revealed a lot about the Brahamastra actor’s childhood. She was quoted as saying:

“He was a quiet boy, but full of mischief. A complete mastikhor. He would irritate me, irritate Ridhima (Ranbir’s older sister). Go on and on, especially with her. There were times when we would go out for dinner and he would get at her so badly, that she would get up and leave.” 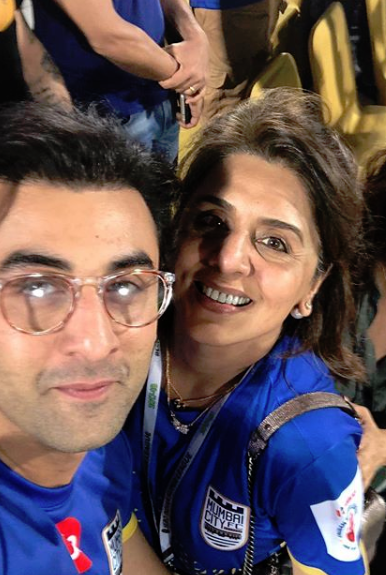 It is known to all that Ranbir has always been a pillar of strength for his mother Neetu and has been someone who holds her up. Talking about the rough patch that had hit Neetu and Rishi’s marriage, she revealed that Ranbir was her best friend. Neetu ji said:

“I was very troubled in my married life. I think he must have been 15 or so, when Rishi and I went through a really bad patch. I have always felt that while my daughter should be innocent and learn to face life as it comes, my son should be street smart and know everything about life. So, I would sit with Ranbir and talk to him. For hours, I would tell him all I felt was right and wrong with my marriage, try to explain it all to him. I think he was my best friend then, my only confidant. I would talk my heart out to him, as to no one else. He changed then I think, suddenly became responsible, grown up. I felt he should know everything, for one, it would make him a good husband when the time came.” 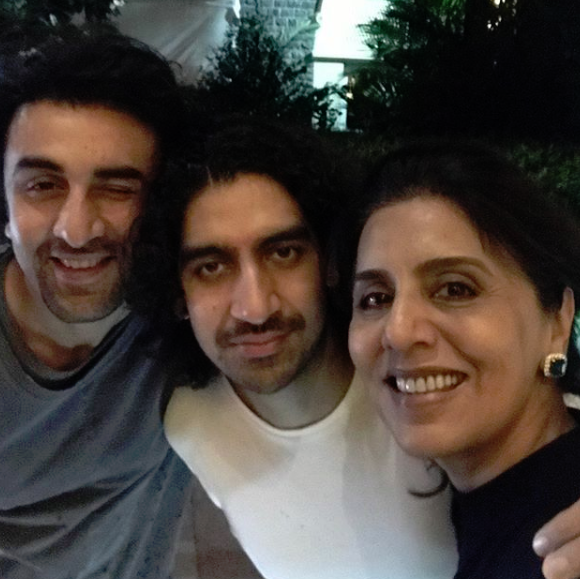 As stated earlier, Neetu Singh is the one who understands her son the most. So, similarly, talking about how soft Ranbir is, Neetu once stated:

“He is too soft. He can’t hurt anybody. It’s the same with his relationships, he does not know how to say no, and gets into the deep end! I see it happening and can do nothing about it. The first time he felt involved, I knew the girl was not right for him. But when I told him, he rebelled. So, I learnt to tackle it another way. I told him don’t get serious so soon, the more you see the more you know and learn, so meet many girls, and go out with them, but don’t commit yet. But I have learnt to not be an irritant. I say it once and move away. It works.” 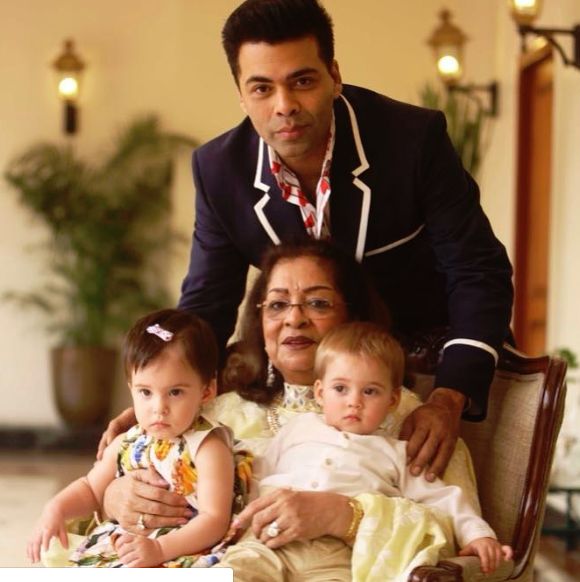 One of the famous Bollywood personalities who has gone on record to say that he is mama's boy is none other than, Filmmaker, TV host, producer and actor, Karan Johar. Known for his wit and humour, Karan is very close to his mother, which is very much evident. He even once shared that he loves gossiping with her, and it is his mom Hiroo Johar to whom he turns for advice and feedbacks whenever he tries something different. Now that Karan Johar has two little twins- Yash and Roohi, his mom Hiroo is the one who takes care of them. In an interview with DNA, Karan had revealed:

"My mom is a mother-cum-grandparent-cum-obsessive-grandparent. She’s in their nursery 24x7. It’s come to a point that she’s become their official nanny/nurse. She’s a helicopter grandma and she does everything amazingly. I’m the supervisor who gets all the information on them." 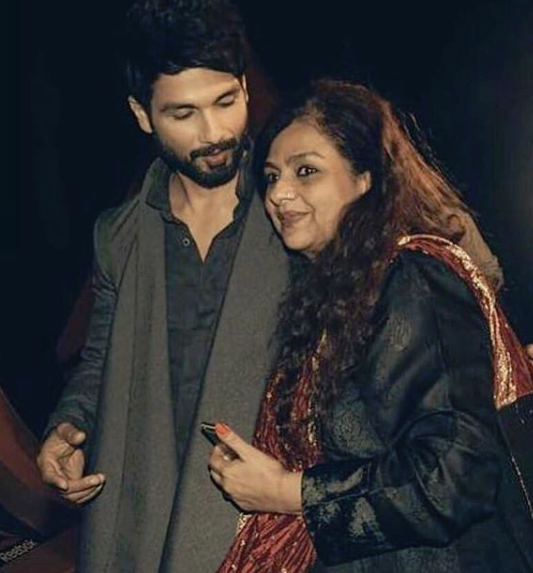 Shahid Kapoor and his biological mother, Neelima Azeem make yet another cute mom-son duo. Shahid is very close to his mom and definitely secures a position in this list. Even when Shahid’s mom, Neelima and his father, Pankaj Kapur’s relationship went kaput, he had been a pillar of strength for his mother. So much so that he even loves his half-sibling, Ishaan Khatter. In an interview with Pinkvilla lately, she opened up about the same and quoted:

“My stress was over. I was a single mother and till today he is taking care of Ishaan and me in every way. He is like 'hats off'! Shahid has worked very hard and has had a very challenging journey and the thing about both my boys is that they are very good sons, very honest and clean and extremely vulnerable. Ishaan is more like joyous and has his own energy. All I can say is, both of them have been sparkling in their own times. Ishaan has been very fortunate that he started with Majid Majidi and then Dharma, with Shashank and Karan with him so, Mashallah, he had a quicker and faster journey and I suppose the younger ones do have it that way while the elder ones do create a little harder work for themselves. That's the way it’s always been. But both of them are wonderful.”

Checkout: Bollywood's Step-Brothers And Step-Sisters And The Unusual Relationship They Share With Each Other There is no denying to the fact that Salman Khan is one superstar in Bollywood who has always encouraged respecting parents. His bond with his dad, Salim Khan is something which can’t be conveyed through words. More so is his relationship with both his mothers, Salma Khan ji and Helen ji. Salma ji is Sallu bhai’s biological mother and we have often seen the two going on trips together. 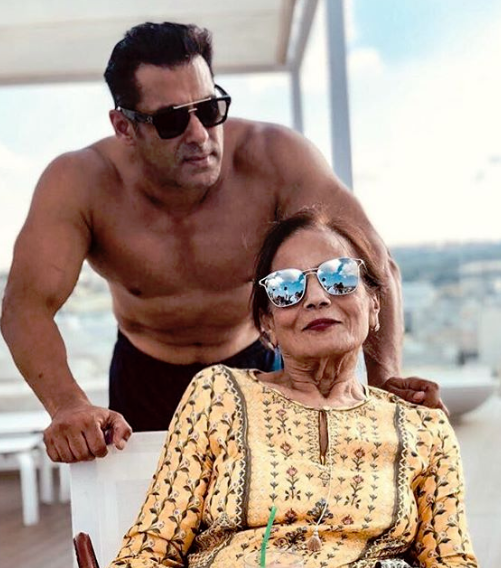 In fact, sometime back their pictures exploring Malta together created buzz on the internet. He keeps posting many pictures with Salma ji with to the point yet heart-warming captions. For instance, one of his pictures with his ammi was captioned as

Along with another one, he wrote:

“With the love of my life”. 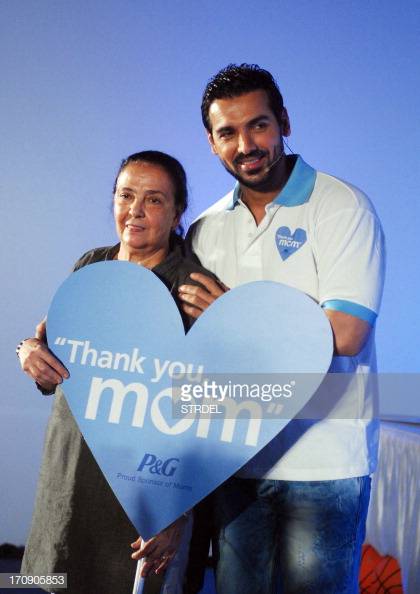 Last but not the least, John Abraham is one amongst these Bollywood actors who is closer to mom, Firoza Irani, than his father. But you know what, in John and Firoza ji’s case, this mom-son share a little hatke bond. The reason is that they fight a lot (like literally!), and this big revelation was made by none other than John himself. In an interview, during the promotions of his movie, I Me Aur Main, the actor had said:

“No, not my mom. I’ve not been the greatest son to my mom. We fight and argue all the time. But Zarinaji (Zarina Wahab, who plays his mother in the film) treated me like a son, so she was a superb mother.” 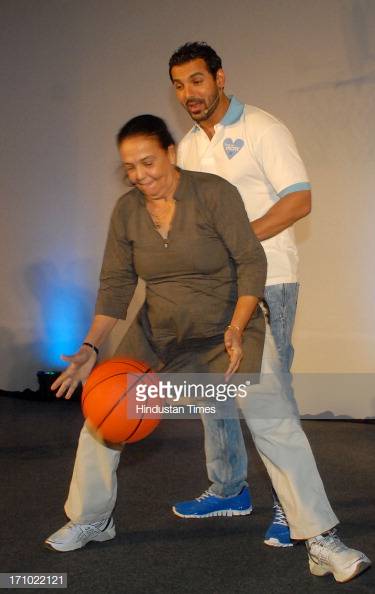 Further sharing if he is a good boy to his mom, John quoted;

“I would want to believe that I’m a good son, but I think I fall short. I feel because of this profession, you become a people pleaser. You’re always trying to create an impression everywhere you go. If I stop and be myself, I think that will make me a better person. When I start a family, I hope I have daughters because they are cute, sweet and sit so quietly. A boy would be running all over the place, banging the TV.... Girls are more shaant (quiet).”

Also Read: 11 Star Wives And Their Affairs With Other Actors Before Entering The Bond Of Holy Matrimony

Well, these were a few Bollywood stars who made it to this list. In case you think more names can be added on to this list, do let us know in the comments section below!