Love knows no boundaries. And, when you meet your soulmate you can go to any length just to be with them, irrespective of the opposition from your family, friends or society. Even our Bollywood stars have faced a similar fate for their love life.

Despite the rejections, they too stood by their lovers and finally got hitched in a true filmy style. But even after many years, while some marriages are still going strong, a few have ended on a bad note. Here are some celebs from the tinsel town who eloped to get married to the love of their life.

Both Shakti And Shivangi Were Insecure About Their Careers And That Was How They Connected!

Sharman Joshi And Prerana Chopra's Love Story: From An Instant Friendship To No Formal Proposal Yes, you heard it right! Mr Perfectionist eloped with Reena to get married. Aamir, proposed to Reena (his next-door neighbour), the day he turned 21. But the couple faced staunch opposition from Reena’s family owing to their different religions. Reena was a Hindu and Aamir was a Muslim. But despite the opposition, they eloped and tied the knot on April 18, 1986. The couple was soon blessed with two kids- son Junaid and daughter Ira. However, after 16 years of marriage, the couple decided to call it quits. Aamir is now married to Kiran Rao.

Recommended Read: Aamir Khan Shared Reason Behind Not Making Films For Ira And Junaid, Says, He Can't Be Dishonest Padmini met Pradeep when he signed her for his film, Aisa Pyaar Kahan. Love soon blossomed between the two, but the couple kept denying it in public. Padimini’s parents were not in favour of their relationship, as Pradeep hailed from a different community. After failing to convince them, Padmini eloped with her producer boyfriend. They tied the knot on August 14, 1986, at a friend's house in Mumbai. Their marriage is still going strong, and they have a son named Priyank.

You May Also Like: 10 Famous Actresses Who Fell In Love With Their Directors And Got Married 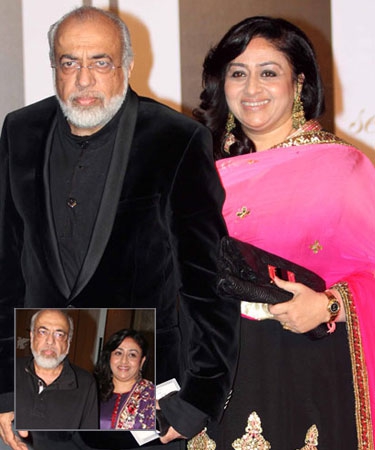 The tale of yesteryear actress, Bindiya's (who starred in Golmaal, Shaan) marriage is nothing less than complicated. She first married actor Vinod Mehra (who was already married to Meena Broca at that time). Although Bindiya’s parents were not in favour of their relationship, she went ahead to tie the knot with him. However, their love did not last long as she later developed a liking for the director, JP Dutta. It was then that she eloped with Dutta to get married to him. The duo was later blessed with two daughters, Nidhi and Siddhi.

You May Also Like: Raj Babbar, Smita Patil And Nadira Babbar: Most Tragic Love Triangle Which Affected Many Lives Little did Shashi knew that his love for theatres would help him find his ladylove in Jennifer Kendal. Shashi met Jennifer in Kolkata in 1956, while working in their respective theatre groups, Prithvi Theatre and Shakespeareana group. After a few meetings, the duo fell in love and decided to get married. However, Jennifer’s father disapproved of this match. But despite this, she came to Mumbai and married Shashi in a traditional Indian manner in July 1958. Later, in 1984, Jennifer died of cancer leaving Shashi shattered. The couple has three children- Karan, Kunal and Sanjana.

Also Check: 15 Famous Bollywood And Television Celebrities Who Had An Arranged Marriage 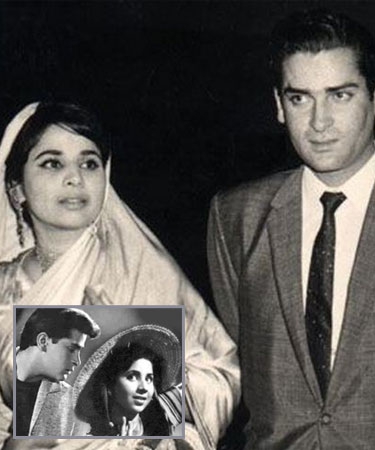 It was on the sets of Rangeen Raaten in Ranikhet, where Shammi  Kapoor fell in love with Geeta Bali. It was after a four-month-long pursual that she agreed to be his wife. As the actress was a year older than Shammi, he was quite sceptical about his family's reaction to this match. Fearing the parental opposition, the two eloped and got married at Mumbai's Banganga temple with producer-director Hari Walia as a witness. Geeta later succumbed to smallpox in 1965. 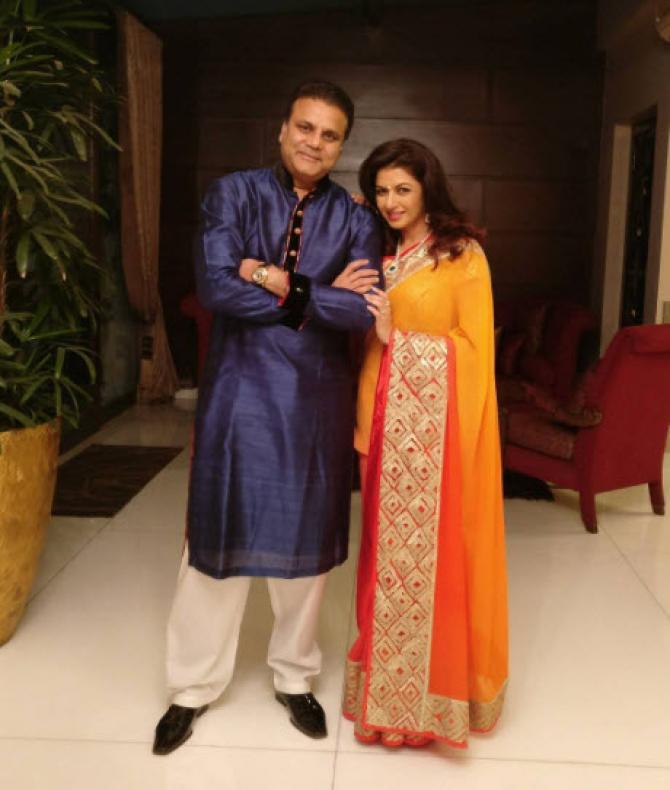 Maine Pyaar Kiya fame actress, Bhagyashree was just 21 when she tied the knot with Himalaya Dasani. The two of them fell for each other when they were school. So, when they had a trip from the school, Himalaya proposed her and she said 'yes.' The actress hails from a prominent Patwardhan, royal Marathi family of Sangli and her father is the Raja of Sangli. So, they were against the match, but the lovebirds eloped and tied the knot.

Also Read: Bhagyashree Had Warned Salman Khan To Maintain Distance To Avoid Link-up Rumours Between Them 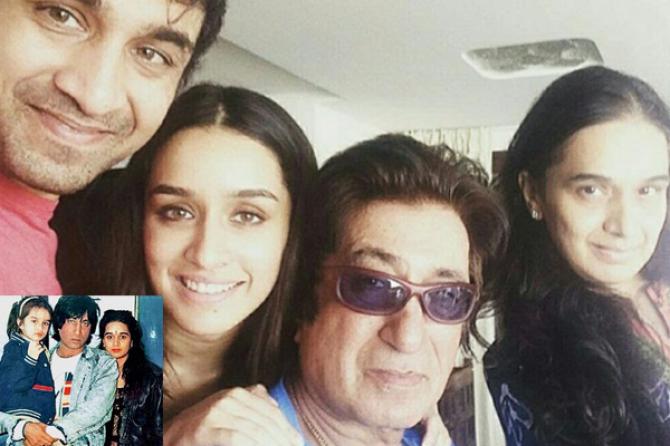 From Yeh Teja Teja Kya Hai, Main Hu Nandu sabka bandu to Aaaoo Lolita, this man has given amazing superhit dialogues in his style. We are talking about none other than the one and only Shakti Kapoor. The actor tied the knot with Kismet fame actress, Shivangi Kolhapure. The couple soon fell in love and dated secretly for two years from 1980 to 1982. After becoming sure about each other, the lovebirds informed their parents and they vehemently denied the alliance. And so, they decided to run away to tie the knot. They gathered all the courage and got married in a court in 1982.

Don't Miss: 9 Bollywood And TV Celebs Who Were Physically And Mentally Abused By Their Partners 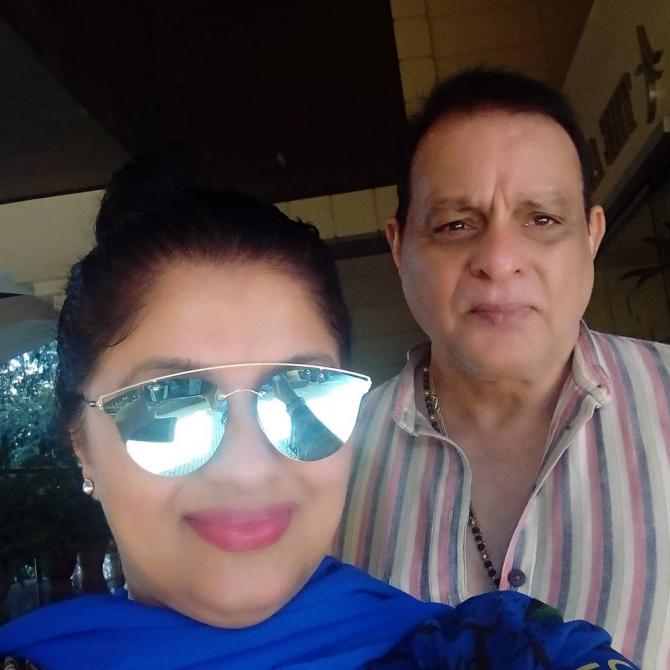 One of the famous television actresses and the one and only Ramola Sikand of Indian TV, Sudha Chandran, too eloped to get married. When to people are in love nothing seems wrong. In the midst of her turbulent life, Sudha met associate director Ravi Dang and it was love at first sight for her. Sudha said this in an interview, "I was acting in that film when I was introduced to him. It was during the making of the film that we fell in love and later decided to get married.”

But her family opposed this union. She was the only child of her parents and they wanted only the best for her. This is what she quoted in an interview "My parents opposed our marriage since he is a Punjabi and I am a Tamilian. Even though we tried convincing them, they did not agree. So, we decided to go ahead and get married. We got married at the Chiranagar Murugan Temple in Chembur.” After so much of convincing game, the duo finally ran away and tied the knot. Yes, famous television hero and now a Bollywood star, Gurmeet Choudhary and Debina Bonnerjee too eloped and tied the knot. The couple officially got married on February 15, 2011, in the presence of family and friends. But very few know that the lovebirds got married long back in 2006. They ran away and tied the knot in the presence of one of their friends and their parents were unaware of it. In an interview with a leading daily, Gurmeet was quoted as saying, “A lot of people think that I and Debina met while filming for Ramayan, and then we got married in 2011. Very few know that when we were nothing, we weren’t actors, we were only looking for work – we were just 19 and 20 years old, we eloped and got married, in 2006. We did not tell our parents. Our friends helped us to get married at a temple in Goregaon.”

So, these were a few names of the celeb couples who ran away to get married to each other because they decided on forever. If you think we missed out on some name, do let us know in the comment section below!

NEXT READ: Rekha's Controversial Statements On Relationship With Amitabh Bachchan And Their Tragic Love Story Bollywood weddings are not just about couples maintaining their washboard abs, toned bodies, or liking for each other throughout the time span that they spend together. Love and loyalty are the inevitable traits that hold a marriage together. When you fall in love, you vow to keep the fondness and