While there are a host of Bollywood celebrities, who own an apartment costing in crores, here are the stars, who pay lakhs every month for their home's rent.

To date, we have always been mesmerised by the plush apartments owned by various Bollywood celebs. Starting from the decor to the interiors, everything about their abode makes us take inspiration from them. By now, we are very well aware of the lavish lifestyle led by our favourite stars from showbiz. Whether it is an expensive home, car or a watch, they never let budget be a constraint and always opt for the best.

While there are actors, who invest crores in a property at a time, there are also stars, who prefer to rent an apartment in the city of dreams, while pursuing their acting careers. While it is understandable as to why an upcoming star would rent an apartment, there are many well-known celebrities, who have rented accommodation for themselves in Mumbai. From Bollywood actors like Jacqueline Fernandez to Salman Khan, here's a list of the stars, who pay a hefty amount of rent every month.

Ali Fazal Reacts To His Wedding Rumors With GF, Richa Chadha In The Most Hilarious Way

Natasa Stankovic And Hardik Pandya Are Not Expecting Their Second Child, Here's The Truth 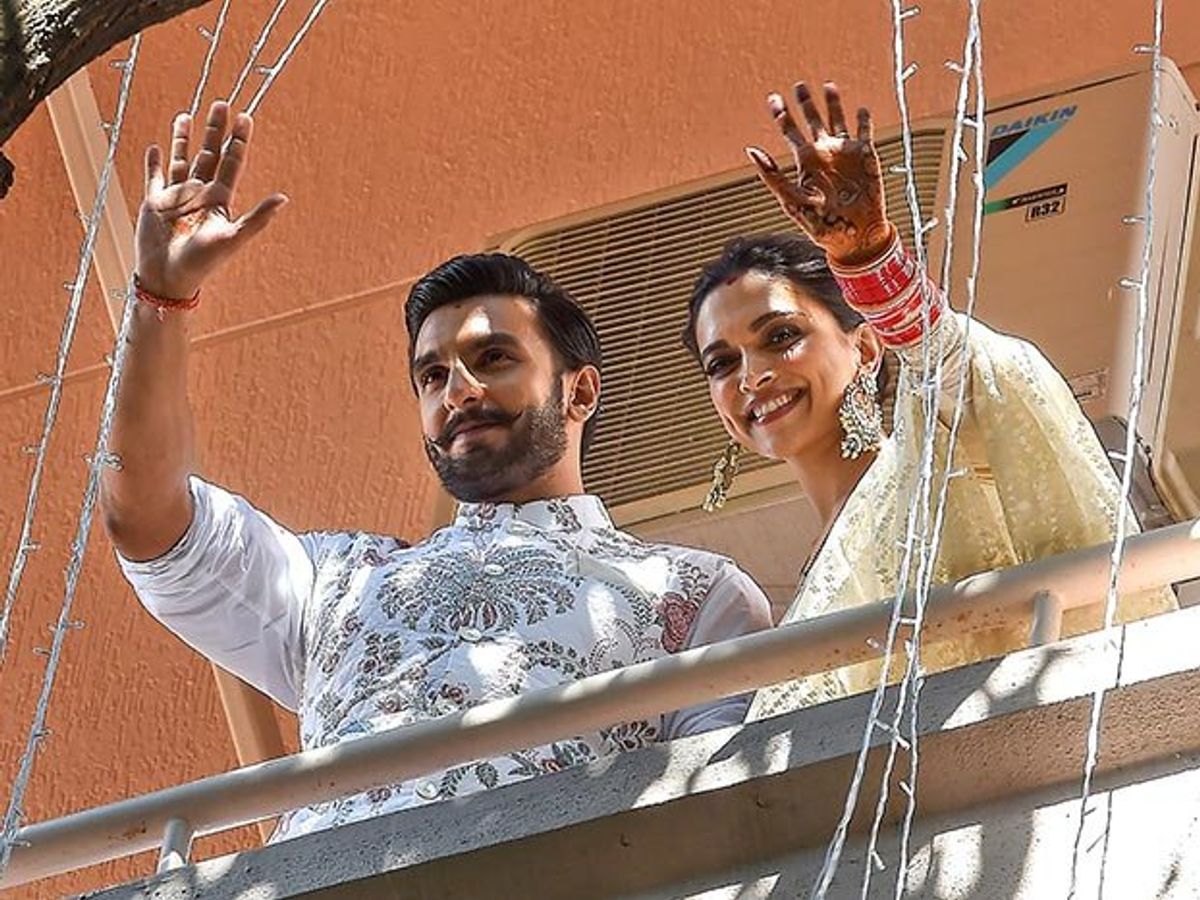 According to media reports, Simmba actor, Ranveer Singh had rented an apartment in a plush area of Mumbai at the Prabhadevi Towers, where his wife, Deepika Padukone, already owns an apartment on the 26th floor. The actor has rented the apartment for a tenure of 3 years. According to the agreement, for the first two years, Ranveer would have to shell out Rs. 7.25 lakh per month. After that, an increased rent of Rs. 7.97 lakhs would be charged from him. For the unversed, his wife, Deepika's 4BHK flat in the same apartment had cost her Rs 16 crores in 2010. Son of the famous Bollywood actor turned producer, Rakesh Roshan, Hrithik Roshan already has two apartments adjoining the 14th, 15th, and 16th floors of Mannat Apartments at Juhu-Versova link road in Mumbai. As the work of his Rs. 97.50 crores apartment is in full swing, currently, he is living in an apartment that he had rented in 2020. It is a rented ocean-front apartment in Juhu, right next to Akshay Kumar and Twinkle Khanna’s home. It was rented during the pandemic in June 2020, and the actor shells out a whopping amount of Rs. 8.25 lakhs per month. 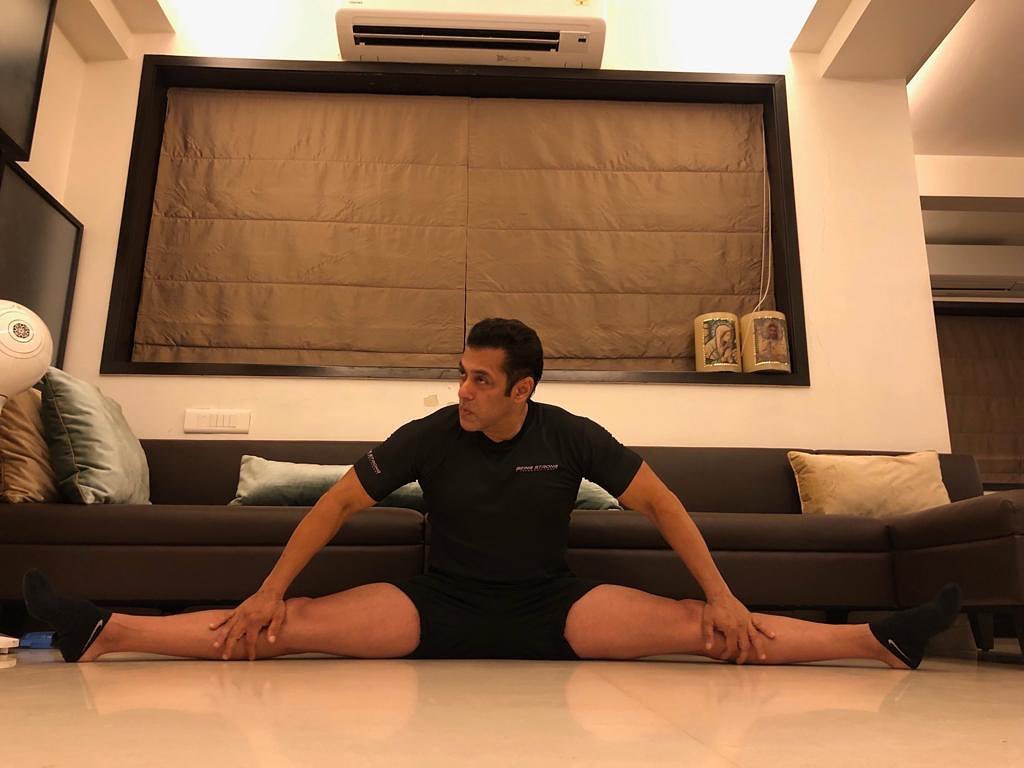 A few days back, reports in the media were doing the rounds that Salman Khan has rented a duplex apartment for his company, Salman Khan Ventures Private Limited. For the unversed, Salman already has a flat in the Galaxy Apartment in Mumbai, where he lives with his family. However, this newly rented apartment is spread across a sprawling carpet area of 2,265 sq ft. and will be used as a writer's pad for Salman Khan's firm. Salman had signed a contract for the duplex on the 17th and 18th floor of Bandra's Maqba Heights, and according to the agreement, he would have to pay Rs. 8.25 lakhs per month. Ayushmann Khurrana is one of the successful actors of B-Town. Quite often, he shares snippets of his personal life and his palatial home on his Instagram handle. However, not many know that the actor lives in a sprawling 4,000 sq ft abode at Windsor Grande in Andheri, Mumbai along with his wife, Tahira Kashyap, and children, Virajveer and Varushka. According to various media reports, the actor pays a rent of Rs. 5.25 lakhs per month which has been designed by his wife, Tahira's interior designer friend, Tanisha Bhatia.

Suggested Read: 4 Luxurious And Jaw-Dropping Homes Owned By The Rich And The Famous Celebrities Of Bollywood For the past few months, rumour mills are abuzz that Bollywood couple, Vicky Kaushal and Katrina Kaif will be tying the marital knot in December 2021. However, before that, the duo has finalised a flat in a apartment in a plush area of Juhu where Anushka Sharma and Virat Kohli own two floors. According to the agreement, Vicky has rented the apartment for five years and would have to pay a hefty rent of Rs. 8 lakhs per month. A source close to the couple had also informed ETimes that Vicky and Katrina often visit their new abode to supervise the working of its interior and decor, which is in full swing. Jacqueline Fernandez is riding high on the professional front and was last seen in the film, Bhoot Police opposite Arjun Kapoor, Saif Ali Khan and Yami Gautam. The actress had moved into Priyanka's Juhu Apartment, Karmayog CHS, on October 23, 2020. As per various reports, Jacqueline had rented the fourth and fifth floor of the apartment for a period of three years for which she has to pay a monthly rent of Rs. 6.78 lakhs. 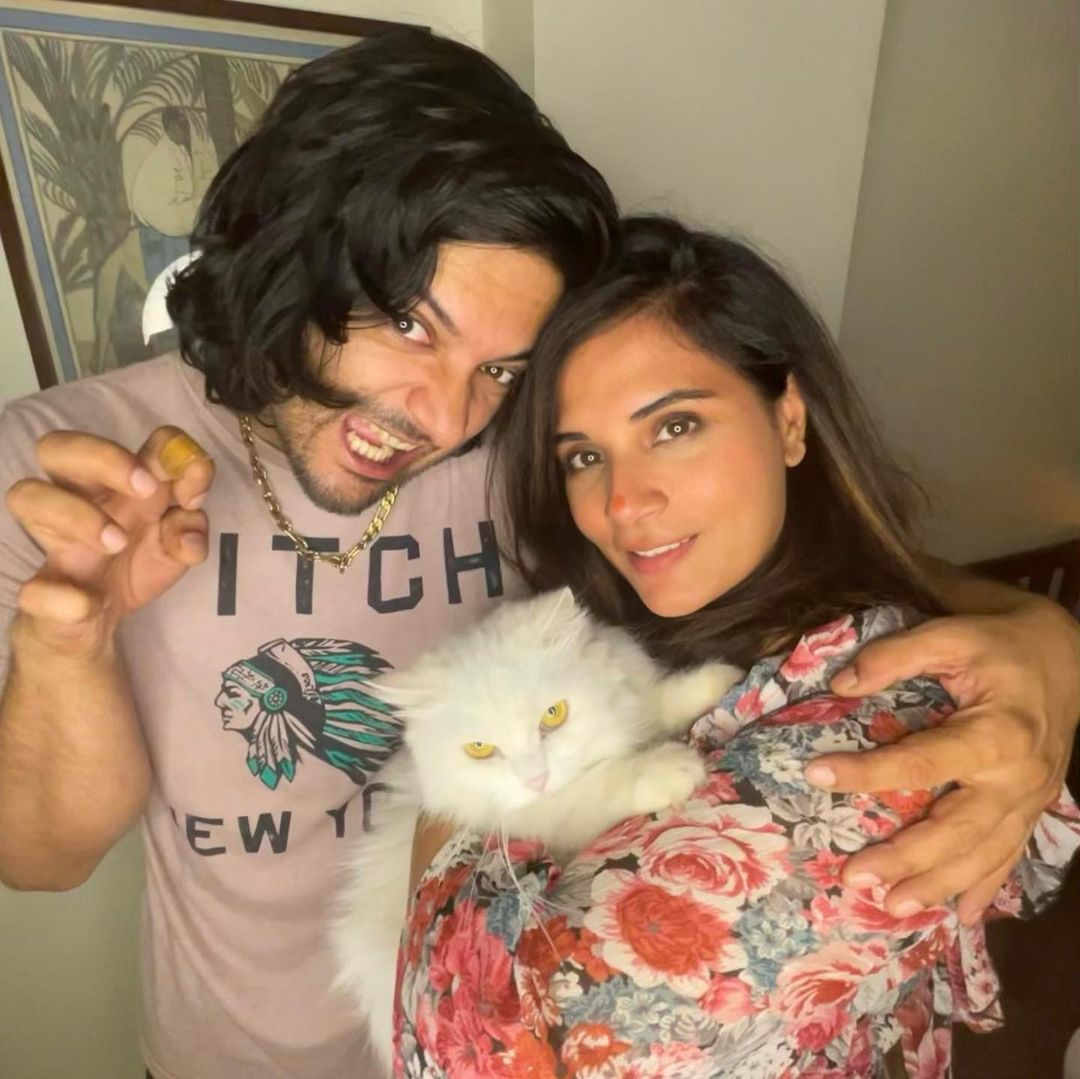 One of the most adorable couples of B-Town, Richa Chadha and Ali Fazal, had plans to take the saat pheras in 2020. However, the global pandemic had delayed their plans, and they had to postpone it till things don't get back to normal. Despite that, the duo had decided on moving in with each other in April 2020. Currently, they are staying at a sea-facing apartment in Mumbai for which they have to pay a rent of Rs. 3 lakhs per month. 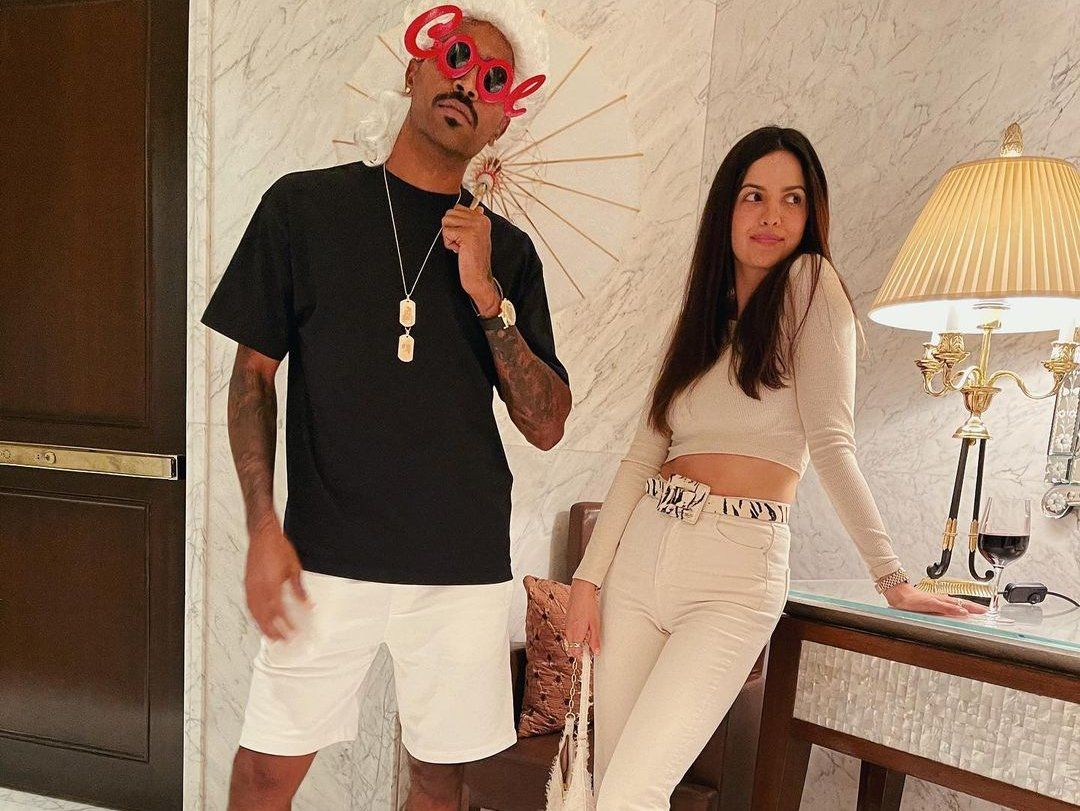 Indian cricketer, Hardik Pandya and his model-wife, Natasa Stankovic, had moved into a posh house in Khar's Rustomjee Paramount in Mumbai in the first half of 2021. Though the rent of the house is not known, the price of each home, which is spread across 3838 sq ft., is Rs. 30 crores. Therefore, one can easily decipher that the rent for such an apartment would be quite hefty. There were rumours that the cricketer had bought the 8BHK (4+4) flat. However, Hardik had cleared the rumours of him owning the house and had clarified that he had rented it instead since that is more financially viable. In his words:

"No, I have not bought any house in Bombay (Mumbai). I have rented it because I find it more sustainable and financially stable, because, in Bombay, to buy a house, it's very expensive. And, instead of parking so much of money there, I preferred investing it somewhere to secure the future." 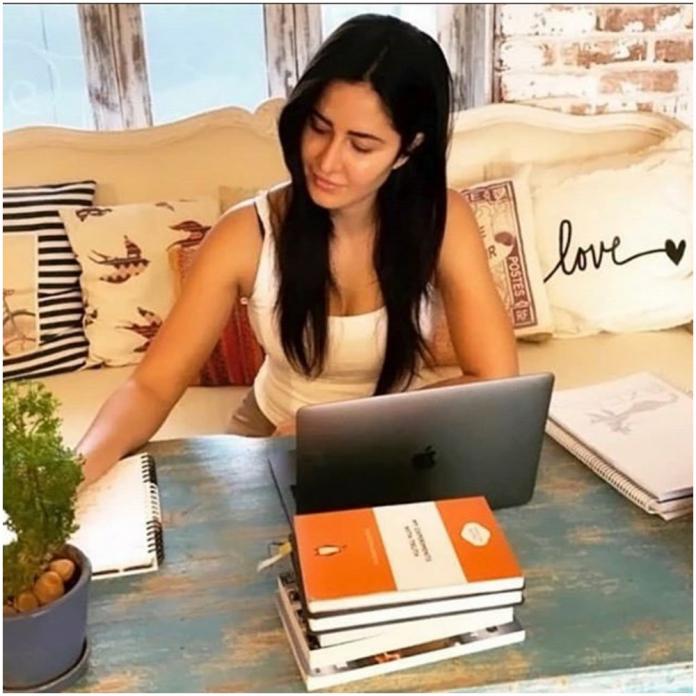 Since her early days in Bollywood, Katrina Kaif has lived in many rented apartments in Mumbai. She also used to stay at Silver Sands apartment on Carter Road with her ex-boyfriend, Ranbir Kapoor. However, after their breakup in early 2016, the actress had not moved out of the flat and had stayed back in the house for which she pays a monthly rent of Rs. 15 lakhs. However, later on, she had shifted to a two-storied apartment in Andheri West’s Mourya in Mumbai along with her sister, Isabelle Kaif. 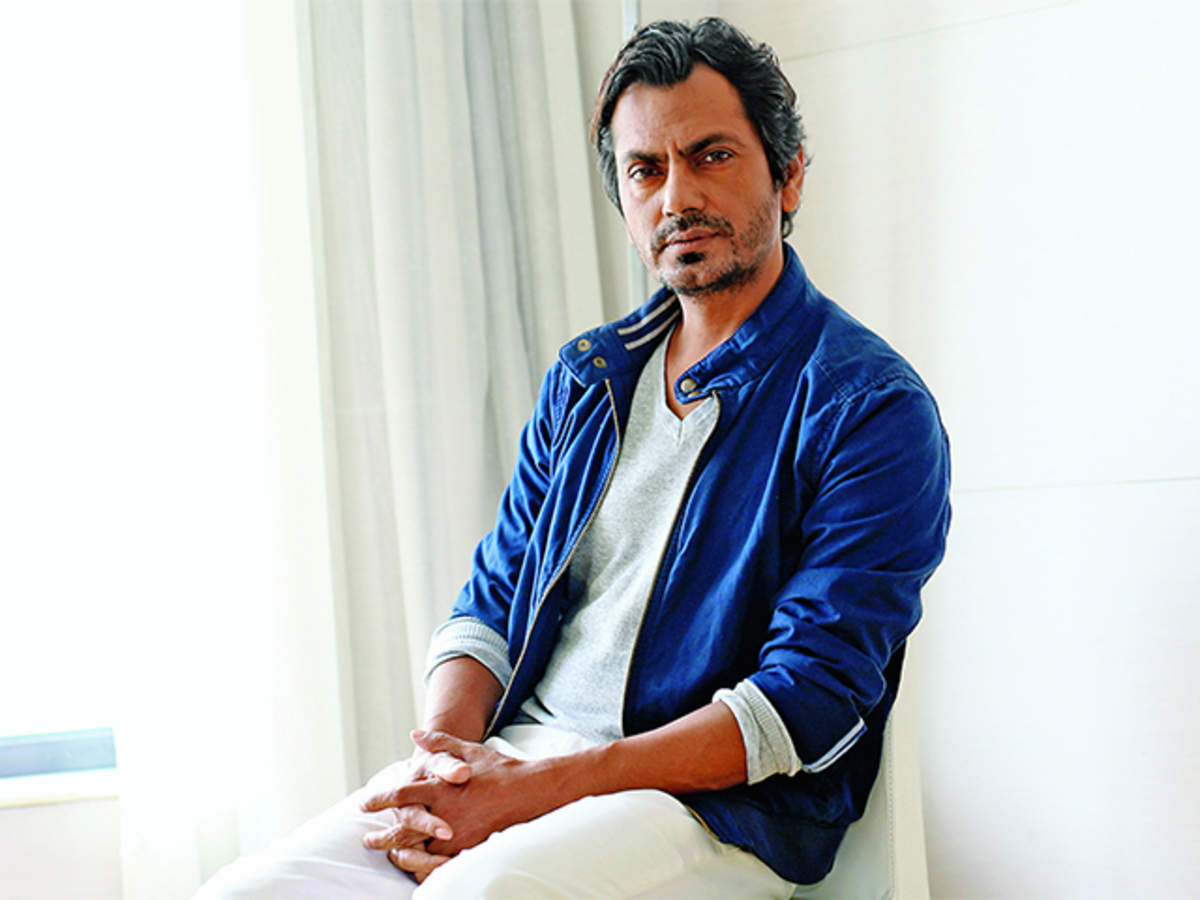 Though the very talented actor, Nawazuddin Siddiqui, earns in crores, he prefers to live a low-profile life away from the media glares. Currently, he is staying in an apartment in Versova for which he has to pay a rent of Rs. 3 lakhs, and in various interviews, he has often stated that he has no plans to buy a house anytime soon. Earlier, in an interview with the Hindustan Times, Nawazuddin had shared that he was happy living in a rented apartment. In his words:

"I am happy living in a rented house. The difference between an actor and a star is the budget and the overall presentation of a film."

Also Read: The Luxurious Seaside Bungalow Of Shilpa Shetty And Raj Kundra Will Make You Jealous

Well, looking at the way our favourite celebrities are opting for rented accommodation makes it clear that owning a property is not a cakewalk for everybody. However, that does not make them compromise from staying in one of the plushest apartments in Mumbai, where they have to spend lakhs for the monthly rent.

Ali Fazal Reacts To His Wedding Rumors With GF, Richa Chadha In The Most Hilarious Way