'Ishqbaaz' fame, Mansi Srivastava is all set to tie the knot with her beau, Kapil Tejwani. And just before 'shaadi ka phera', it seems the 'dulhe raja', Kapil, is getting cold feet. Check out!

Mansi Srivastava is best known for her role in the popular television show, Ishqbaaz. Now, she is all set to deck up to be the bride of her travel and food photographer boyfriend, Kapil Tejwani. For the unversed, Mansi was previously engaged in a serious relationship with Mohit Abrol.

Mansi is having the best of her times in her pre-wedding ceremonies as her bridesmaids and best friends from the show, Surbhi Chanda, Shrenu Parikh, Meenal Deshraj and Nehalaxmi Iyer, are there to cheer for her. On January 22, 2022, morning, Mansi and Kapil hosted their haldi ceremony. And the duo looked gorgeous.

Mansi Srivastava Reveals How Her Then-Groom, Kapil Tejwani Turned Her Photographer On Their Wedding

Mansi Srivastava Set To Marry Her Beau, Kapil Tejwani, After Ending Her Engagement With Mohit Abrol

'Ishqbaaz' Actress, Surbhi Chandna Talks About Marriage And Why She Keeps Her Personal Life Private

Mansi Srivastava Opens Up On Ex-Fiance Mohit Abrol, Says 'I Don't Want To Comment On His Disloyalty'

Also Read: Priyanka Chopra Jonas Embraces Motherhood At The Age Of 39, Here's Why She Opted For Surrogacy 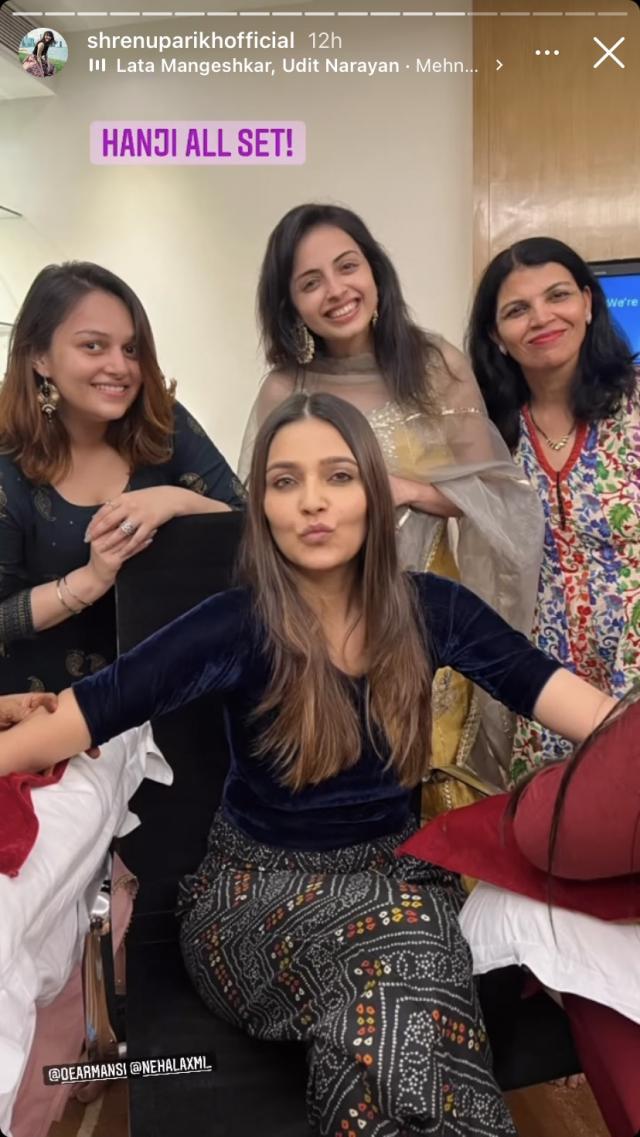 A few moments back, Surbhi Chanda took to her IG stories to share a few glimpses from Mansi and Kapil's haldi ceremony. In a series of videos, Surbhi captured a hilarious moment and teased her would-be-jiju, Kapil for being stressed. It seemed like the dulhe raja is getting cold feet while the bride, Mansi is super swagger.

In the video, Surbhi can be heard asking, "Jiju tum yaar itne stress mein kyun ho, aaj aapki haldi hai." Kapil looked a bit nervous. The couple twinned in their outfits, Kapil wore a pink-coloured kurta and white pyjama. On the other hand, Mansi draped a pink-coloured satin saree with a white noodle-strapped blouse. She had completed her look with a gold and pink-coloured beads studded neckpiece, a maang teeka and sunnies.

On January 21, 2022, Mansi Srivastava and her groom-to-be, Kapil Tejwani, had hosted a grand sangeet night for their friends and family members. And, the photos and videos from the same have gone viral on the internet. From Kapil singing a song for his wife-to-be, Mansi, to their beautiful dance performance, the couple had given us major couple goals. Moreover, Mansi and her girl gang had set the stage on fire as they had danced their hearts out.

For the sangeet ceremony, Mansi Srivastava had donned an ivory-coloured embroidered lehenga and had set a new trend for the brides-to-be. She had completed her look with minimal makeup look and had left her hair open. Whereas, for her mehendi night, Mansi had opted for a unique green-hued lehenga and had completed her look with minimal accessories, which had included a maang teeka, a choker neckpiece and matching earrings. Her henna-clad hands and feet had won our hearts!

We can't wait to see Mansi in shaadi ka joda!

Mansi Srivastava Reveals How Her Then-Groom, Kapil Tejwani Turned Her Photographer On Their Wedding