The Hindi film industry has been blessed to witness so many exceptional actors over the decades. While some were termed icons, many were called legends. However, just a few were mentioned in the 'list of greatest Indian actors'. One such actor was Dharamdev Pishorimal Anand, popularly known as Dev Anand, and he is often referred to and lauded as people's favourite actor. But, whether we talk about his acting style, charisma, poise, humility, and the way he used to analyse newcomers, Dev Anand was built differently.

From being honoured with titles like Padma Bhushan in 2001 and Dadasaheb Phalke Award in 2002, Dev Anand's career spanning over six decades in Indian cinema was an era which was never repeated or challenged. Although we have seen many superstars in recent decades, but the way Dev Anand had carried himself till the very end of his life, it's hard to explain his greatness as a human being in words. Not just on the silver screen, but in real life too, Dev Anand never used to settle for less and always lived a life king-size. Although his fashion quotient was often vibrant and used to influence youngsters, not everyone is aware of the fact that he was also an admirer of silence. As much as he was a part of the glam and glitz of the showbiz world, Dev Anand also used to prefer intimate gatherings and less-crowded places on many occasions.

Dev Anand's home in Juhu, where he lived with his wife, Kalpana Kartik and their kids 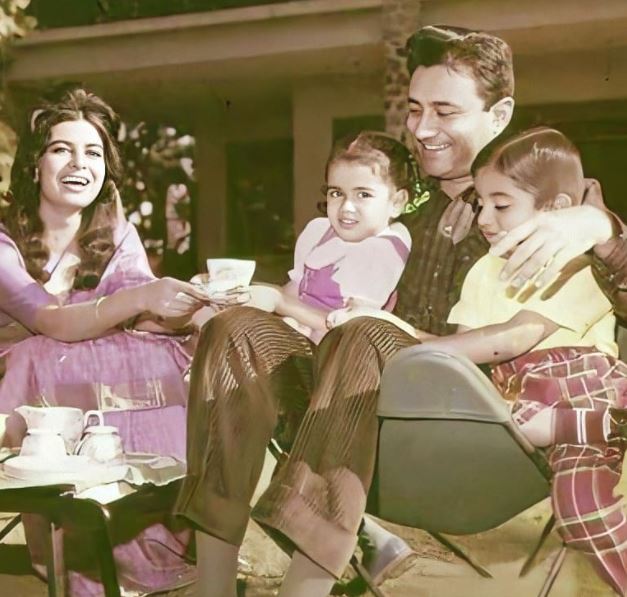 Another fascinating fact about Dev Anand's life is that his luxurious house, which was located in Juhu around Iris Park, was the first bungalow owned by an actor in that plush locality. At that time, Juhu wasn't as much explored and known to people as it is now. As Juhu was considered a lonely place for an actor to live, it was Dev Anand, who once again proved his love for unexplored places. The actor had lived in that house for almost 40 years with his wife and actress, Kalpana Kartik and their kids, Suneil Anand and Devina. If the reports are to be believed, the interiors of Dev Anand's bungalow followed the earthy tones, and the walls were decorated with posters of his films. It is also reported that the house was filled with expensive sofas, few rare antiques, and there were beautiful portraits in different parts of the house. The actor had hardly let any pictures of his house come out in the newspapers. Thus, there were only guesses and reports about the interiors of Dev Anand's house. However, in the beginning, the walls around the actor's house were only a few inches higher from the ground. But in the coming decades, Dev Anand had lifted the walls so that the people living in the newly-formed properties around his bungalow couldn't sneak inside his rooms.

When Dev Anand opened up about his bungalow in Juhu 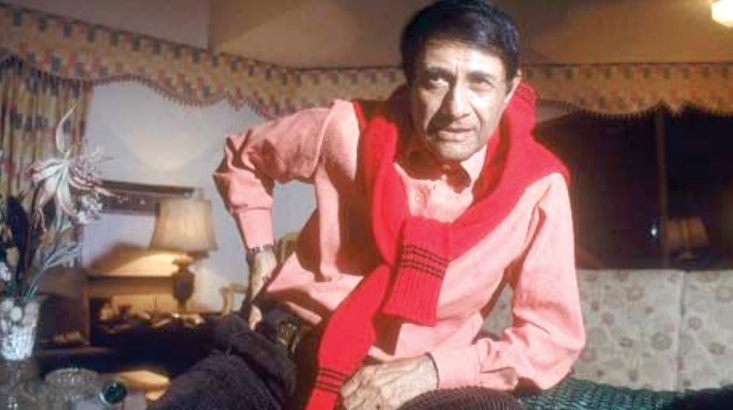 Once in an interview with Outlook, Dev Anand had opened up about his Juhu house, where he had created a lifetime of memories with his family. The actor shared that he built his bungalow in Juhu when it was known as a small village and the place was known for its wilderness. However, the actor admitted that he had liked Juhu because of its loneliness and called himself a 'loner'. When the legendary actor was asked to name the things that had changed in Juhu and why he didn't like it at all. Answering the same, Dev Anand stated that Juhu has become a crowded place and stated that it's not the same beach as it used to be back in the day. He had said:

"I built my Juhu house in '50. Juhu was a small village then and there was total wilderness. I liked it because I'm a loner. Juhu has become very crowded now, too full of people, especially on Sundays. It's not the same beach any longer. My Iris Park residence doesn't have a park anymore, there is a school and four bungalows bang opposite my place."

You May Like This: Inside 'Power Star', Pawan Kalyan's Luxurious Home Worth Crores In Jubilee Hills, Hyderabad Going further in the same interview, Dev Anand talked about how people used to gather outside his home in large numbers just to get a glimpse of him. However, the actor had also explained how difficult it was for him to enter into his own house because the lanes were squeezed due to over construction around the house. Reflecting on how he lost the silence of Juhu in its overall development, Dev Anand had explained:

"I've spent all these years raising my walls for privacy, otherwise the neighbours can look straight into our rooms. Our exclusive road is not exclusive any longer. I can't enter my house because the lane is crowded, there are crowds outside my door. Often I have to drive past quietly and tell the watchmen not to let people know I'm in." For the unversed, Dev Anand was also the proud owner of a luxurious bungalow, Anand Niwas, which was a gift from his dear friend, Mr Larsen of Larsen and Toubro. Unfortunately, the property was sold for a whopping sum of Rs. 283 crores due to financial crises.