Dia Mirza And Sahil Sangha Part Ways Due His Affair With This 'Judgementall Hai Kya' Writer?

Never did we imagine that we will have to list Dia Mirza and Sahil Sangha under the 'exes' club. And now, we bring to you a 'probable' cause behind their separation.

Separations of any kind hurt a lot and when we first hear the news of someone undergoing the same in our vicinity, it comes to us as a sheer shock! When it comes to the celebrities we adore, we think of them as a part of our lives and hence, any good or bad news coming from them has the capability to decide our day. And hence, we can rightly term it as a very sad day for everyone yesterday (August 01, 2019), when the couple whom we had considered synonymous to #CoupleGoals (Dia Mirza and Sahil Sangha), announced their separation. (Do Read: Trishala Dutt Misses Her Late BF On His One-Month Death Anniversary, Confesses Her Love For Him)

Never did we imagine that we will have to list Dia Mirza and Sahil Sangha under the ‘exes’ club. It was on October 18, 2014, when one of the most minimalistic celeb brides ever, Dia happily posed for the camera flaunting her simple mehendi. The duo was dating for a long time before she finally decided to take the nuptial plunge with the filmmaker. Dia would also post pictures with her hubby, which spoke volumes of love and thus, their separation announcement marred us all.

Kanika Dhillon Thanks Dia Mirza For Standing Up In Support Of Her, Admires Her For Graciousness

Dia Mirza Turns Cheerleader For Her Ex-Husband, Sahil Sangha As He Launches His New Production House

Dia Mirza Finds Love In A Businessman After Split With Hubby, Sahil, Is Said To Be Living With Him

Dia Mirza Compares Separation With Sahil To Her Parents' Divorce, Reveals How She Derived Strength 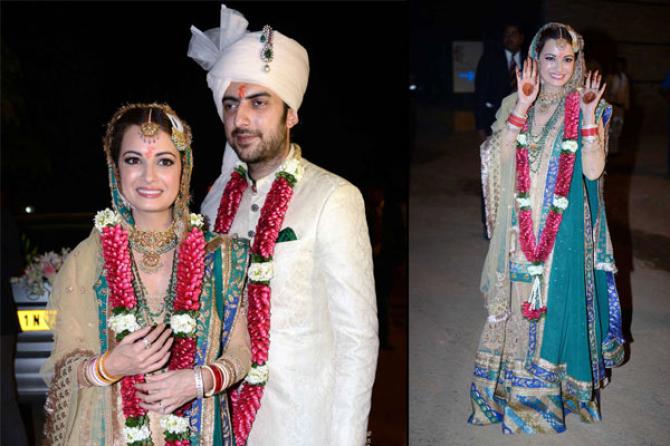 It was only on July 16, 2019, when Dia Mirza had taken to Instagram and posted an all-happy picture with ‘then’ hubby, Sahil Sangha. She had captioned the picture as, “Happy Birthday precious one with a heart emoji).” Hence, it took us a while to understand the causes behind the announcement in just a matter of a fortnight after she had wished her ‘precious’ one. And thus, we came across a Bollywood Bubble report which shared a probable cause of separation of Dia and Sahil. As per the report, it was due to Sahil’s extra-marital affair with Judgementall Hai Kya writer, Kanika Dhillon that the duo had parted ways. The report further had it that Dia Mirza had apparently found out about Sahil Sangha’s affair, post which she took the call. However, it is interesting to note that just when Dia and Sahil’s separation came into being, a few days back, Kanika Dhillon (with whom Sahil is rumoured to have an affair) and her director ‘now-estranged’ husband, Prakash Kovelamudi also confirmed that their marriage is now a thing of a distant past. As per a SpotboyE report, both Kanika and Prakash shared about their split, “Yes, we did split but not during Judgementall Hai Kya. It happened 2 years back before the cameras rolled on the film.” 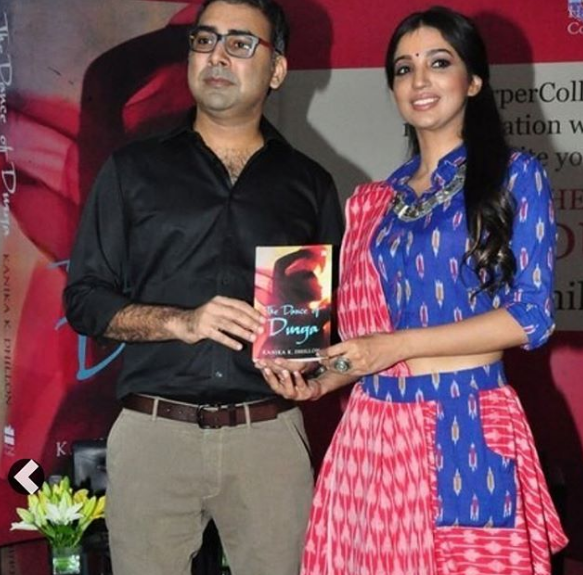 Kanika Dhillon and Prakash Kovelamudi also shared dainty details on the reason behind their separation. While Prakash had shared, “We were settled in Hyderabad, as my social circle is there, but Kanika shifted to Mumbai, around 2 years back...”, Kanika had then immediately interrupted to say, “That’s really not important, what matters is that we are still friends and the decision is amicable.” Both Kanika and Prakash had pulled of successful projects together, one of which is the ongoing superhit, Kangana and Raj Kummar starrer, Judgementall Hai Kya. About working together again, Prakash had shared with the portal, “Of course, why not! We have pulled this (Judgmentall Hai Kya) off together successfully and had a great time working together. Surely open to collaborate on more projects.” The duo had decided to maintain a ‘no comments’ stance when asked about the reason behind their marital discord. (Must Read: Urvashi Dholakia And Anuj Sachdeva's Ego Clash On 'Nach Baliye 9', After Vishal Singh-Madhurima Tuli) 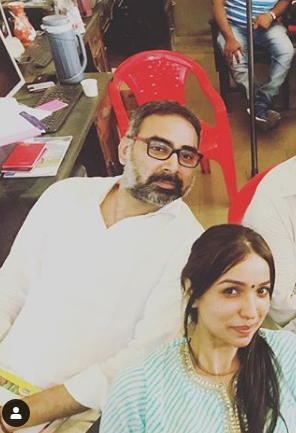 Coming back to Dia Mirza and Sahil Sangha’s official separation announcement, the same could be read as “After 11 years of sharing our lives and being together, we have mutually decided to separate. We remain friends and will continue to be there for each other with love and respect. While our journeys may lead us down different paths, we are forever grateful for the bond that we share with each other. We thank our family and our friends for all their love and understanding and members of the media for their continued support and request everyone to respect our need for privacy at this time. We will not be commenting any further on this matter. Thank you, Dia Mirza and Sahil Sangha.” In a MissMalini interview series called Girl Tribe, Dia Mirza had spilt her heart out while talking about her parents’ divorce, her step-father and the reason as to why she took up the latter’s surname. In the interview, Dia had opened up about her parents’ divorce which had happened when she was only 5 years old. She had revealed that she was very close to her father. Dia had shared, “I was very much attached to my father at the age of 4, he was my hero. In Lage Raho Munna Bhai, the shot where I am talking about how my father has lied to me in the cab with Jimmy (Shergil), on how disappointed I am with that lie, I say he is my Hero. That line came because I always perceived my father as a hero”. 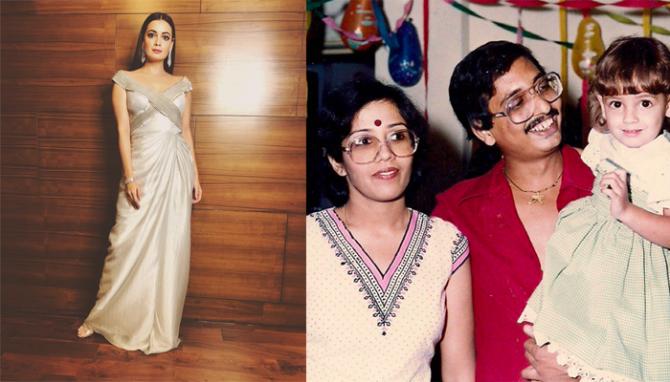 Dia Mirza had then shared how her biological parents had told her about their separation, “Haan, so that's actually a very important one. So in my mind... In the child's mind my family, my parents were ideal. My set-up was ideal. It was perfect. I think I may have seen my parents fight on very few occasions, maybe once or twice. I saw one really bad fight. But otherwise, I was never really exposed to the fights. So the first thing that I was startled about was their desire to separate." (Also Read: Mansi On Ex Mohit's Cheating Allegations: 'If Moving On Post Breakup Is Cheating, I'm An Illiterate') 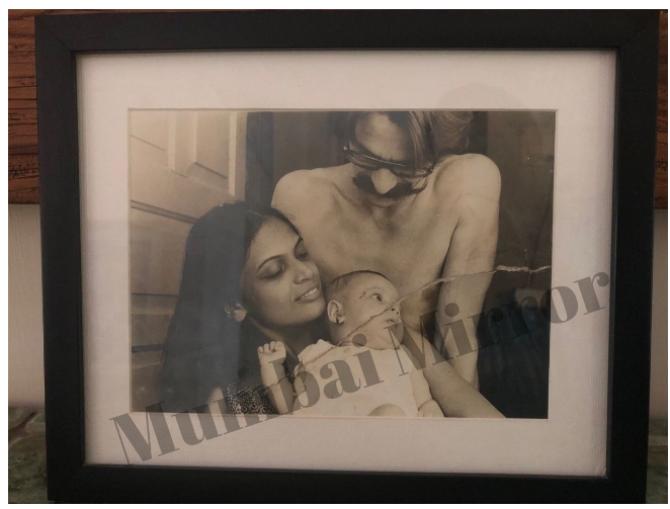 Dia Mirza had further added, "I remember distinctly my mother saying something to me that I will never forget. And I think it was a very early lesson in honesty. She said, "You know two people may love each other a lot. But it doesn't mean they can live together. I love your father a lot. He loves me a lot. But we can't live with each other. Because when we live with each other, we make each other unhappy." And the truth is that I did not fully understand what they were saying. But, I respected it because it was the truth.” Dia Mirza had further concluded the answer with, “So the court had basically given my father the weekends and my mother the weekdays. I was most upset that somebody else had decided how much time I would get to spend with him. I would wait for the weekend to go off to spend time with my father. What really created a big shift was when both of them decided to remarry and they both married very quickly.” 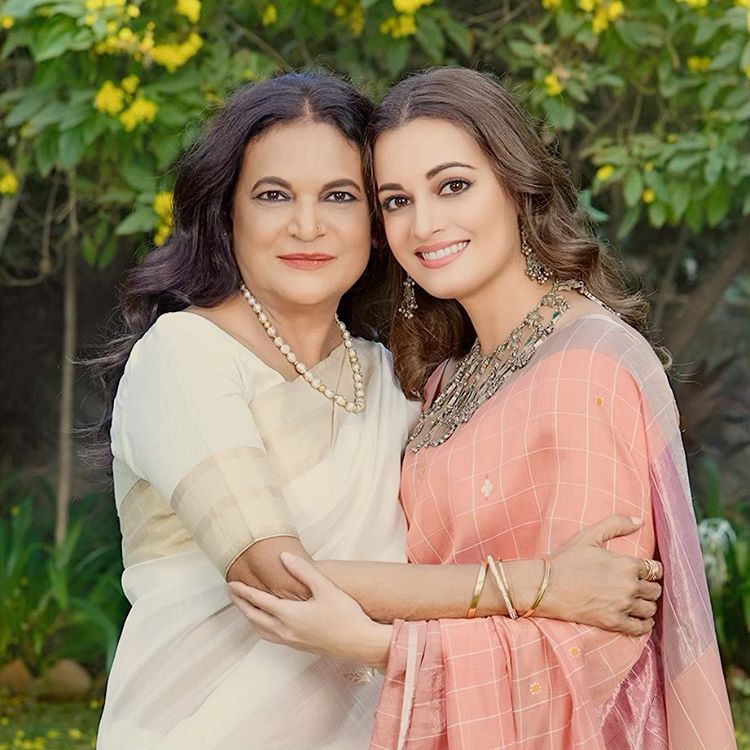 Do you think Dia and Sahil’s separation has a direct connection with Kanika and Prakash’s? Stay tuned for further updates.

Kanika Dhillon Thanks Dia Mirza For Standing Up In Support Of Her, Admires Her For Graciousness

Dia Mirza Turns Cheerleader For Her Ex-Husband, Sahil Sangha As He Launches His New Production House