Dilip Kumar and Saira Banu’s love story is the most inspirational one in the Tinseltown. We stumbled upon a throwback picture from their wedding and it is pure gold.

Love is not just about finding the right partner but being with someone, who can go to any extent for you. And Bollywood’s iconic couple, Dilip Kumar and Saira Banu were the perfect example of the same. The epitome of true love, Dilip saab and Saira Banu had redefined the meaning of love for everyone.

Whether it was taking care of her husband or showing her love for him, Saira Banu had always been Dilip Kumar's best half. With an age gap of 22 years, the phenomenal couple had taken their love to the next level and had gotten married to each other on October 11, 1966. Smitten by Dilip saab’s charming personality, Saira was head-over-heels in love with him right from the age of 12. It was a fairytale romance for the ‘king of tragedy’ Dilip Kumar (a.k.a., Yusuf Khan) and the bubbly and charming diva, Saira Banu.

Saira Banu Out Of Danger Now, Suffered From Left Ventricular Failure And Will Need An Angiography 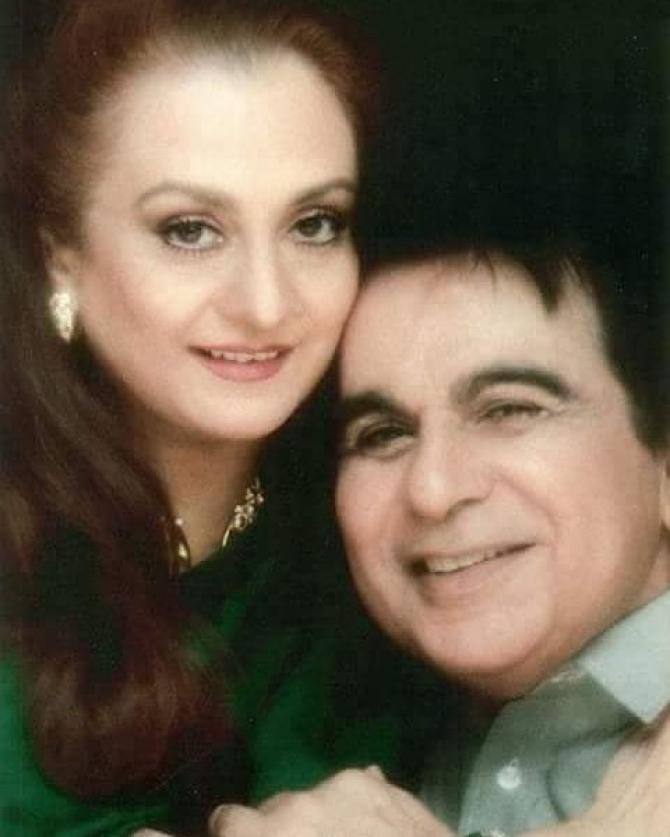 We stumbled upon a picture of the gorgeous couple, Dilip Kumar and Saira Banu from their wedding in 1966. In the candid picture, Dilip saab had looked dapper in a bandhgala whereas, Saira had looked breathtakingly beautiful in her lehenga with dupatta pinned on her head. Explaining something to his gorgeous begum, the lovely couple could be seen engrossed in a deep conversation.

Also Read: Dilip Kumar Recalled How Time Stood Still When He Saw Saira Banu At A Party And Fell Madly In Love 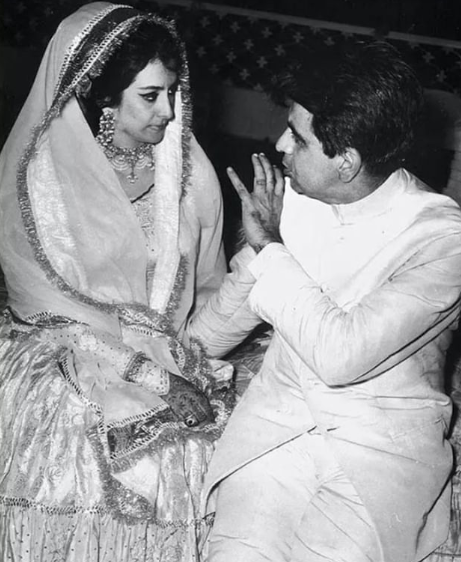 When Dilip Kumar’s super hit romantic tragedy film, Mughal-e-Azam had premiered at Mumbai’s Maratha Mandir in 1960, Saira, who was just 16, had gone for the show to get a glimpse of her favourite star. But she was disappointed and heartbroken when Dilip saab didn’t come to the premiere. But when she got the opportunity to meet him in person, she was besotted by his presence and was on cloud nine when the handsome actor praised her beauty. 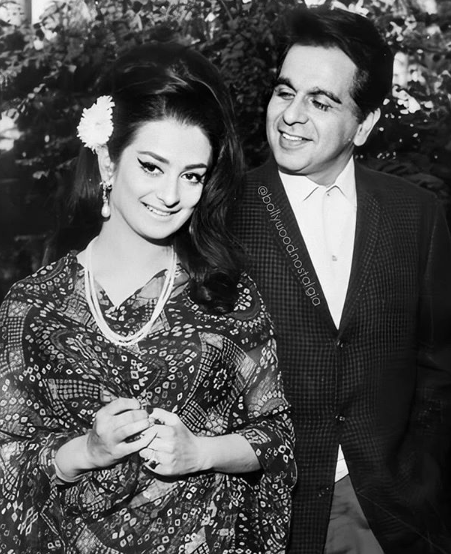 It was Saira Banu’s mother, actress, Nassem Banu, who had played Cupid between Dilip and Saira. She was the one responsible for introducing them to each other and bringing them closer. After falling in love with the gorgeous Saira, when Dilip saab had proposed her, without much ado, she had agreed. Saira Banu was 22, when she had gotten married to a 44-year-old Dilip Kumar in 1966 with the blessings of their respective families.

Also Read: When Saira Banu Kissed Dilip Kumar And Danced For Him On His Birthday, Twinning In Black [VIDEO] 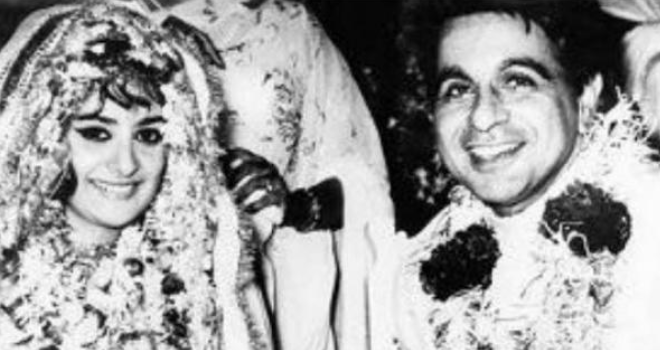 Saira Banu’s devotion towards her husband was truly inspiring. In a throwback interview with Hindustan Times, Saira had talked about her undying love for him and had said, “I am still head over heels in love with my Kohinoor, Yusuf Sahab, the way I was when I first felt attracted to him as a 12-year-old. Ours has been as good and enduring a marriage as so many marriages that have survived the ups and downs for four decades. No marriage is perfect. How can it be, when as human beings we are not perfect? It is mutual love, respect and adoration that keep a marriage ticking.” 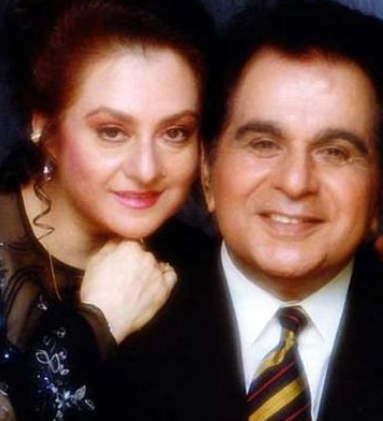 On Saira Banu’s 72nd birthday, when she was asked in an interview with a leading daily, what was her best birthday gift, the beautiful actress had replied, “It’s a fact that ever since I became an actress, and in fact, even before that, I just wanted to be Dilip sahab’s wife. Material gifts are good, and yes, they make one happy. But, the gift of love is the biggest gift one could ever get. And I’m lucky that I have got that love from him.” 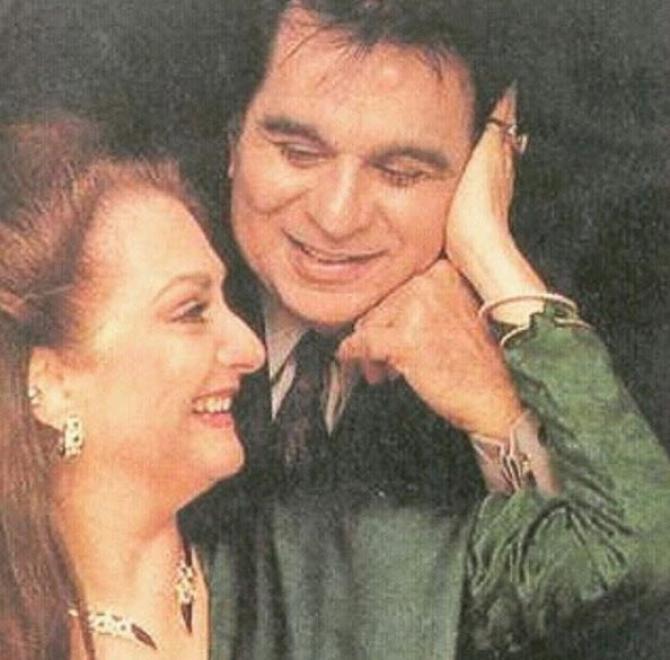 On June 29, 2021, Dilip Kumar was admitted to Hinduja Hospital after he complained of breathlessness. However, on July 7, 2021, the 98-year-old actor bid adieu to his loved ones and left for the heavenly abode. his family friend, Faisal Farooqui confirmed the news through a tweet on the actor's Twitter handle. The tweet can be read as:

With a heavy heart and profound grief, I announce the passing away of our beloved Dilip Saab, a few minutes ago. We are from God and to Him we return. – Faisal Farooqui.

Dilip Kumar and Saira Banu had always reinstated our faith in love and marriage. They will always be the iconic couple of the Indian cinema.