Divya Agarwal, Priyank Sharma, Varun Sood and Benafsha Soonawalla together make the most famous quartet of the television industry. Starting their journeys in reality shows- Splitsvilla 10 and Bigg Boss 11, these four have journeyed together when it comes to making masala headlines in this digital world. At first, Divya and Priyank were head-over-heels in love with each other, and Varun and Benafsha made a couple together. But slowly, things changed and insecurities crept into their relationships. (Don't Miss: Mira Rajput Kapoor Shares First Family Pic With Shahid Kapoor, Misha Kapoor And Zain Kapoor)

Today, it seems that love has exchanged between the four, and parties have been changed. Now, Divya and Varun are a couple, and Priyank and Benafsha are dating each other. Messed up, right? The love chemistry between Varun and Divya started off in Vikas Gupta's reality show, Ace of Space. Divya was voted as the winner of the show on December 31, 2018. She has now come out clean about her relationship with Varun and admitted that the two are dating each other.

Varun Sood And Divya Agarwal's Relationship Was Termed As Strategy, He Reveals The Reality

Varun Sood Moves On From Ex-GF Benafsha Soonawalla, Gets Comfortable With Chetna Pande 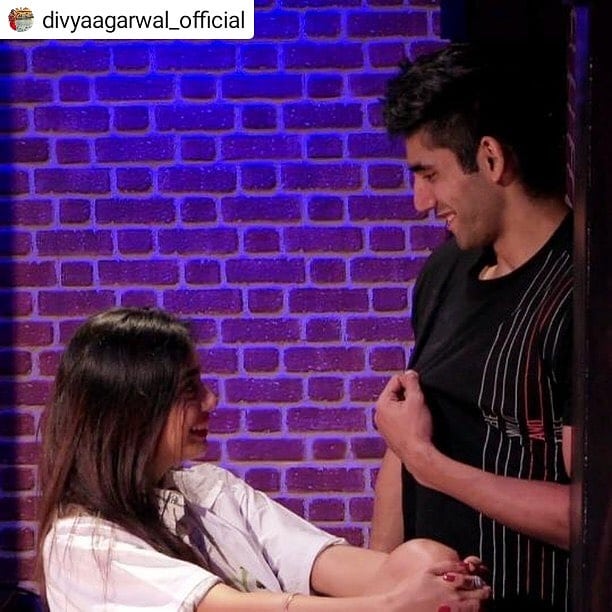 Before we get into the details, let us tell you that after Divya's win, Varun took to his Instagram and sharing the following pic, congratulated his 'baby', Divya and he captioned it as, "@divyaagarwal_official holding her trophy and I’m holding mine! Congratulations for winning you deserved it, baby." Divya Agarwal, while talking to SpotboyE, confirmed her relationship status with Varun and said, "Well, yes, we are a couple now. We are very much dating. I am glad that I am holding his hand and fighting the world. Our relationship will only get bigger and better and we plan to take it to the next level soon. It will just not stick for fun. Though we haven't discussed on all this, but I can tell you that we are serious about each other."

Divya was asked if the two would continue dating outside the reality show as generally, that is not the case with many celebrities. She answered, "Varun and I used to share an extremely great bond, outside also. Locked inside, you are not distracted. We are alone and thinking about only our lives. And if I am holding somebody's hand after that, I am sure that it's for forever." What got Divya and Varun so close to each other? Divya answered this question and was quoted as saying, "People don't know this but before coming on this show--- Varun and I used to talk to each other for 4-5 hours in the night. I stay in Mumbai and he stays in Delhi, but we used to play 60s ke songs of Mohd Rafi and Mukesh and make each other hear them. So we were anyway very, very close pehle se. In fact, I would say we were just misunderstanding each other by calling each other as a best friend. The feeling was much more than that, and we realised that only in the show." (You May Like: Sonam Kapoor Makes A Surprising Comment About Anushka Sharma's Wedding Pictures At Koffee With Karan) Inside Ace of Space, the fans know that Varun and his co-contestant, Chetna Pande got intimate with each other. Did that make Divya jealous? Responding to the same, Divya said, "I am glad that this happened because if Chetna would haven't come between us, neither me nor Varun would have realised what we exactly feel for each other. We must have just ended up spending our lives giving importance to each other in the name of friendship. But her presence made us realise it's not just friendship but love which we hold for each other in our hearts. Jo hua achche ke liye hua."

She further added, "I know. I am feeling bad that it will break a girl's heart but I myself have gone through something like this. Ek ladka mujhe bhi pasand tha aise hi kisi reality show pe and then he wasn't there with me.  But I  I must add here that Chetna is a very mature person. She handled it well, chahti toh meri band baja leti." We all know that Priyank Sharma had earlier written an open-letter to Divya on social media. Commenting on the same, Divya retorted, "Look, he was a part of my life and I was simply discussing about my life as an experience. So it wasn't the way he took it like he is a public figure and I am using his name for publicity. It was something I was talking in general---about what has happened in my life and basically what was I going through. I have lots of other ways to get publicity--- by my previous work, songs and especially my stint in one of the most TRP rated shows Ace Of Space. If I would have used his name for popularity, then definitely he read it wrongly. Agar mere sach bolne ka reaction aisa hai, toh I don't know what to say." Priyank and Benafsha are dating each other, as recently confirmed by Vikas Gupta. Talking to India Today and commenting on the same, Divya responded, "There is a very thin line between relationship and friendship. I am not someone who would ask them to do anything. From my side, I would like to say that if I am with someone, I would just go out and say it loud. Jo karna hai danke ki chot par karo. Why to hide things?" (Suggested Read: Neetu Kapoor Hints That Rishi Kapoor Is Suffering From Cancer Through Her New Year Post) Divya Agarwal and Varun Sood are a couple now! How does it feel guys? Share your comments below. 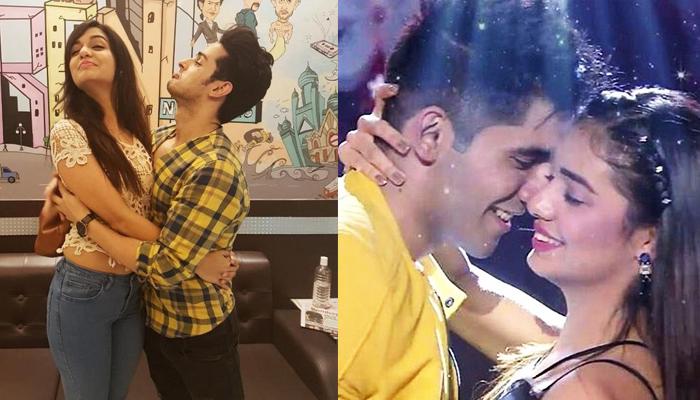 Vikas Gupta's reality show, Ace of Space, concluded recently on December 30, 2018, and ex-Splitsvilla contestant Divya Agarwal was voted as its winner. During the show, Divya and her now-boyfriend, Varun Sood sparked off many controversies and gossips in the telly word. From name calling to mudslinging, both of them dragged