'Ace of Space' fame couple, Varun Sood and Divya Agarwal keep making it to the headlines. Recently, Varun has bagged another achievement and his ladylove can't stop gushing about it.

Ace of Space fame couple, Varun Sood and Divya Agarwal are touted amongst the most loved and jovial couples in the television industry. Ever since the two have started seeing each other, they are only setting some major relationship goals. Right from praising each other during media interactions to acing their social media PDA, Varun and Divya project true love in the finest way possible. (Also Read: Chahatt Khanna Talks About Her Failed Marriage, Being A Single Mother And Her Remarriage Plans

Varun was lately invited by Logan Paul for The Challenger Games, which is presented by Hallogen TV that organises a competition for the known personalities. So, Varun had joined internet sensation, Logan Paul's YouTube olympics for charity, where he had represented India. That was a race that held at Veteran's Memorial Stadium, Long Beach City College on July 27, 2019. Divya was all-praises and so proud of Varun, who acquired the fourth position in the race.

Varun Sood Is Missing His Love, Shares An Adorable Picture Of Him Sleeping With Bae, Divya Agarwal On July 28, 2019, Divya took to her official Instagram handle and shared her happiness on Varun’s latest achievement. Sharing the below picture, Divya wrote, “So proud of you my love. You were fast! Really fast! For me you are always a winner I don’t care about shows and competitions. I know the efforts you put, you tried really hard I love you @varunsood12 Thank you @loganpaul for inviting us.” To this post, Varun instantly replied and wrote, “My lady luck.” (Also Check: Vishal Aditya Singh Defends His Act Of Not Hugging Madhurima And Disrespecting Raveena Tandon) On the other hand, Varun too posted a picture of himself wearing the jersey atop which “India” was written. Along with the same, he wrote, “What a crazy mad day! To be honest I was really nervous going in the race. Pretty sure I would have come 2nd if I wasn’t pushed by the guy next to me. Still managed to secure the 4th position after that cheap move pulled by that guy! A HUGE SHOUT OUT TO REEBOK FOR MAKING THIS HAPPEN FOR ME!” To which, Divya commented, “I’m so proud of you love.” 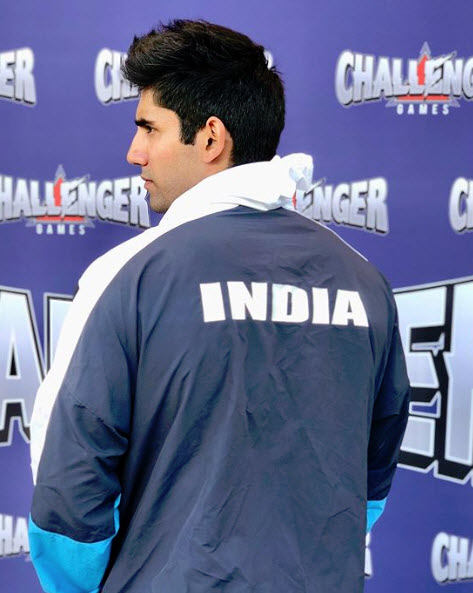 Here are a few pictures from Varun and Divya’s little romantic getaway in California after the competition: 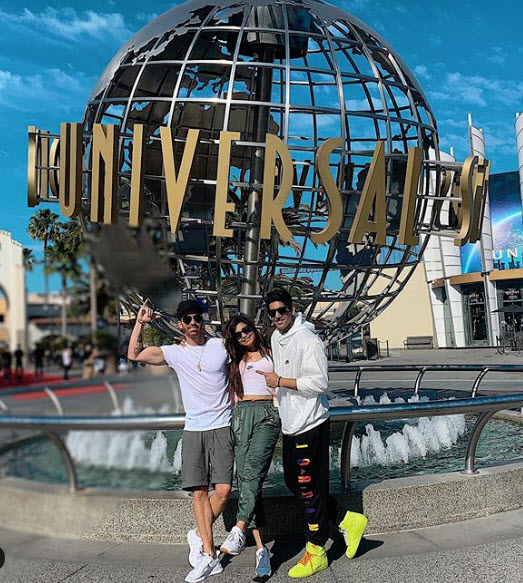 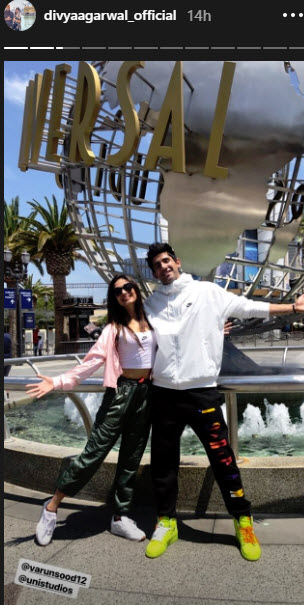 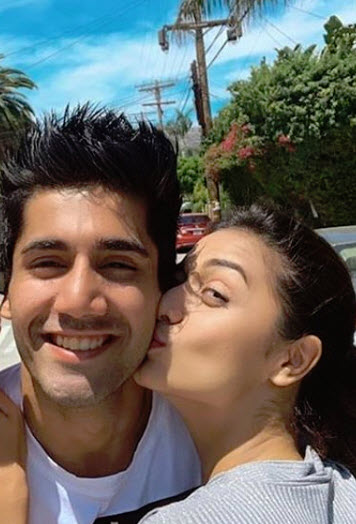 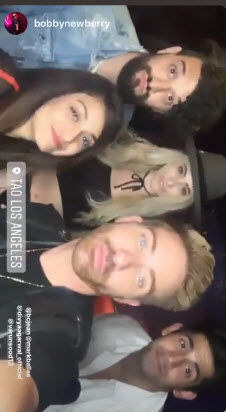 When in 2018, Divya had confirmed dating Varun, she had also mentioned her wedding plans with him. She was then quoted as saying, "Well, yes, we are a couple now. We are very much dating. I am glad that I am holding his hand and fighting the world. Our relationship will only get bigger and better and we plan to take it to the next level soon. It will just not stick for fun. Though we haven't discussed on all this, but I can tell you that we are serious about each other." (Do Read: 'Nach Baliye 9' Couple Rochelle Rao and Keith Sequeira To Plan Baby Soon, Say It's About That Time) 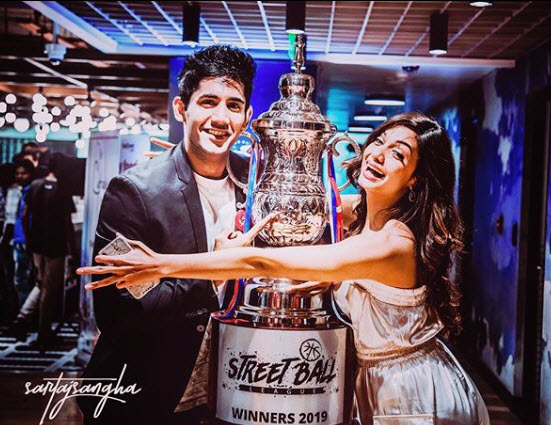 In another interaction when she was asked what got her close to Varun, she had revealed, "People don't know this but before coming on this show--- Varun and I used to talk to each other for 4-5 hours in the night. I stay in Mumbai and he stays in Delhi, but we used to play 60s ke songs of Mohd Rafi and Mukesh and make each other hear them. So, we were anyway very, very close pehle se. In fact, I would say we were just misunderstanding each other by calling each other as a best friend. The feeling was much more than that, and we realised that only in the show." 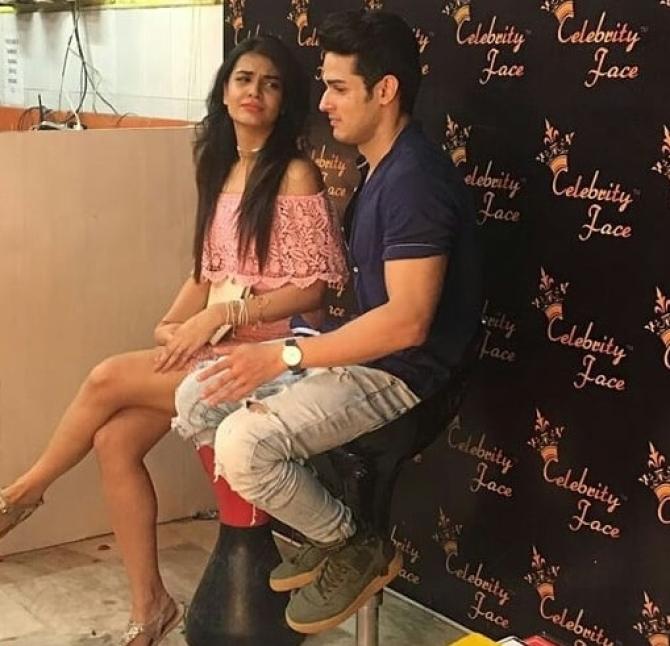 For the ones who don’t know, Divya was earlier in a relationship with Priyank Sharma and the two parted ways on a bad note. Talking to Pinkvilla about Priyank being the ‘bad phase’ and Varun ‘the best thing’ in her life, she had remarked, "I think now it's all done and it's all in the past. One of my bad experiences. I am glad it happened because that's how I got to know how I should add good vibes in my life right now. I am having the best thing in my life now." (Checkout: Anushka Sharma Reacts To Pregnancy Rumours And Stereotypes Surrounding A Married Woman In Bollywood)

Here’s conveying all the love and happiness to Varun and Divya! 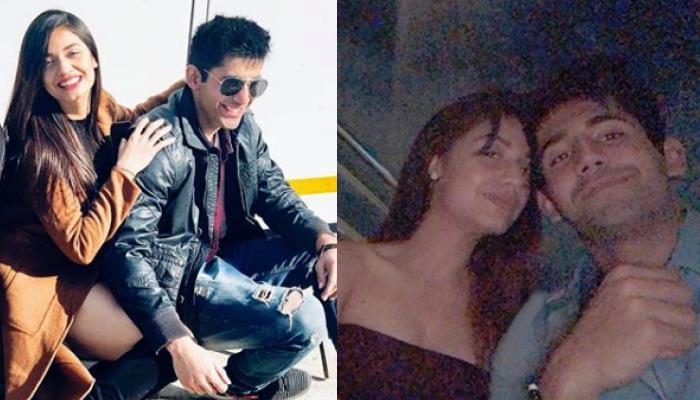 Ace of Space winner, Divya Agarwal and Splitsvilla fame, Varun Sood keep making it to the headlines, courtesy their love life. Right from being head-over-heels in love with Priyank Sharma to breaking up with him on national television when he was inside the Bigg Boss 11 house, Divya has been