India is the land of some of the famous immortal love stories. These mythical love tales are there in our history alongside the war stories.

Classical love stories from Indian history and folklore are both passionate and sensuous. These tales never fail to mesmerise the romantic in all of us. These fables evoke our emotions and teach us that love is forever! Take a look at some of these fascinating and immortal love tales of India.

A Differently-Abled Couple's 'Shaadi' Story Proves Love Is For All, The Bride Dances Her Heart Out 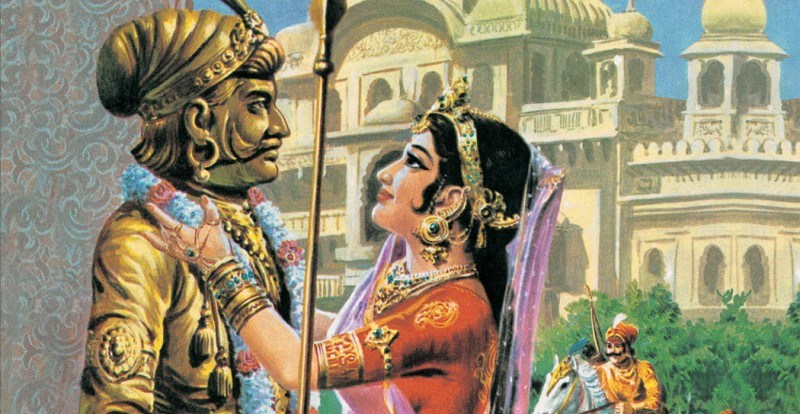 Prithviraj and Samyukta’s love story is one of the greatest Indian love stories. Rajput king, Prithviraj Chauhan fell in love with Princess Samyukta of Kannauj, who were their rivals. When Samyukta’s father, Jaichand came to know about their affair, he arranged a swayamvar for Samyukta and invited all the kings, except Prithviraj. To insult him further, he got a clay statue of Prithviraj to serve as a doorman. During the swayamvar, Samyukta chose to put the garland across the clay statue of her lover Prithvi, who was hiding behind it. The two eloped and got married. Years later, when her husband was defeated and killed by Mohammad Ghori, as per the traditions, Samyukta sacrificed her life performing jauhar. 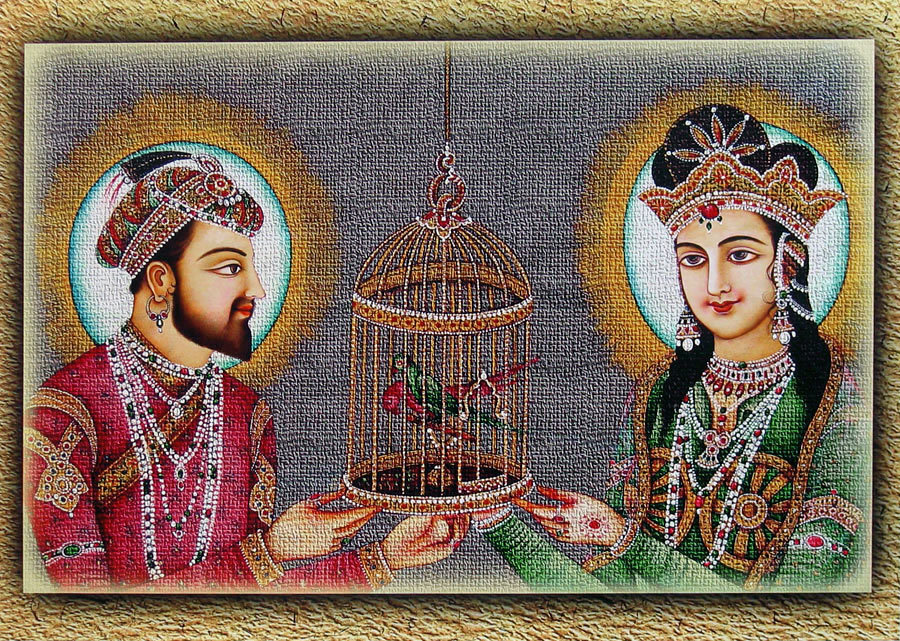 One of the greatest love stories of all time is that of Shah Jahan and Mumtaz Mahal. Originally named Arjumand Banu Begum, she was Shah Jahan’s second wife and his most favourite. He gave her the name ‘Mumtaz Mahal’. After bearing his 13 children, she died while giving birth to their 14th child. Taj Mahal, one of the Seven Wonders of the World is the epitome of love, made by Mughal emperor Shah Jahan in the fond memory of his beloved wife, Mumtaz Mahal.

Also Read: 13 Famous TV And Bollywood Celebrity Couples Who Are Separated But Not Divorced 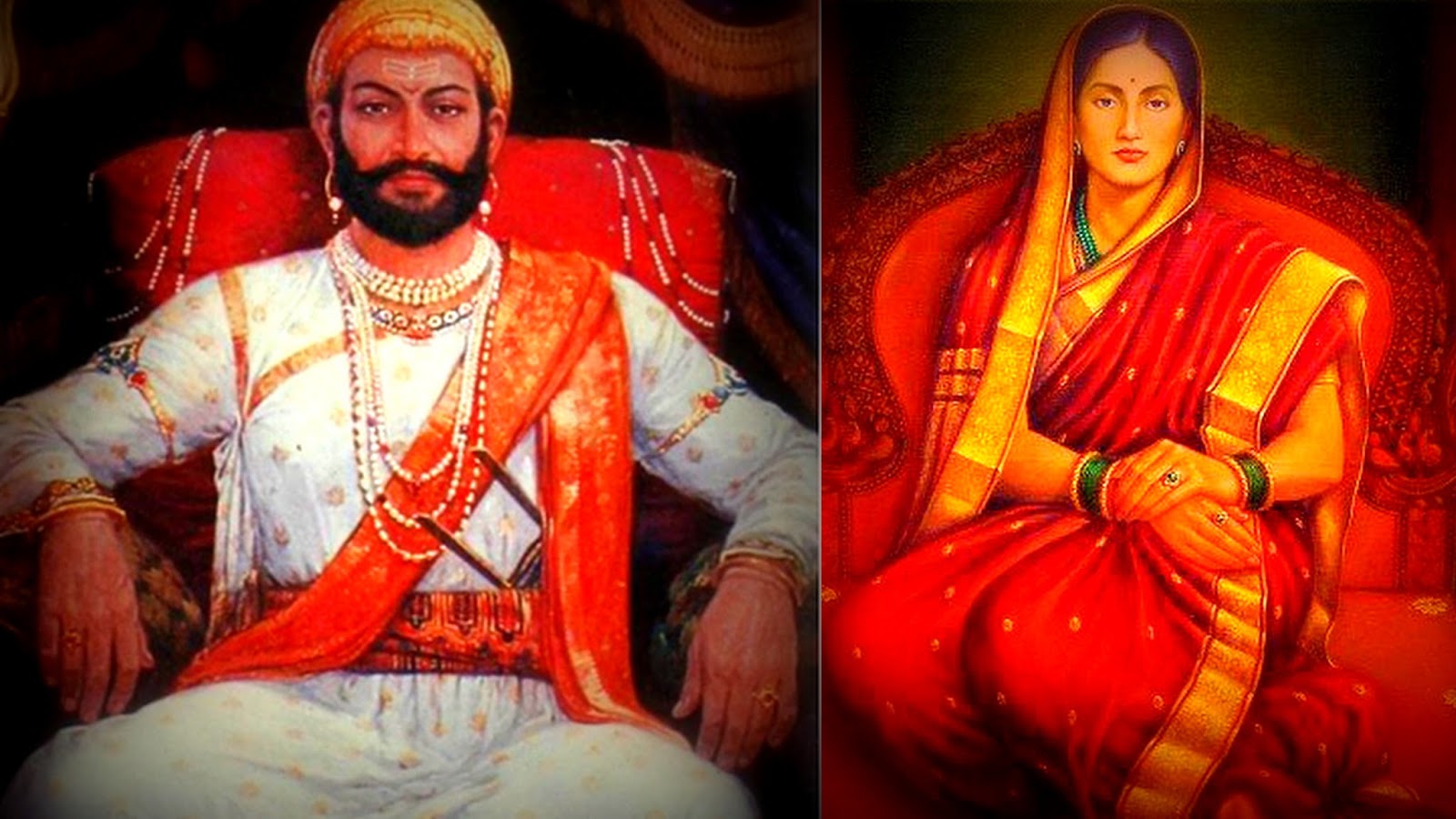 Chhatrapati Shivaji, the founder of Maratha Kingdom got married to Saibai from Nimbalkar dynasty at a very young age and shared a very close bond, hence she was his chief consort. They had an unconventional love story as they took their own sweet time to fall in love after marriage. Shivaji was mostly out of his kingdom, busy fighting battles and Saibai beautifully raised their four children, under the guidance of Shivaji’s mother, Jijabai. Their union didn’t last long as Saibai died at a young age of 26, leaving Shivaji heartbroken and grief stricken. Their love was so strong that Shivaji’s last word on his deathbed was ‘Sai’. Bajirao served as the Peshwa to Maratha Empire. He was already married to Kashibai when he met Rajput king, Chhatrasal’s daughter, Mastani in Bundelkhand. Both Bajirao and Mastani fell head-over-heels in love with each other and got married. Mastani being the daughter of a Muslim woman, was never accepted by Bajirao’s mother, brother and first wife and was not even allowed to live in the same house. Bajirao’s love for Mastani was so deep that he went against his family and made the beautiful ‘Mastani Mahal’ for his beloved wife Mastani. The two had a son together, who was named Krishna Rao at birth and later renamed Shamsher Bahadur. It is said that Mastani’s love for Bajirao was so deep that when Bajirao died due to high fever, even Mastani also passed away in a few days.

Must Read: 8 Beautiful Yet Inspiring Indian Weddings That Broke All Stereotypes Born as Mehr-un-Nissa, Nur Jahan was Mughal emperor, Jahangir’s 20th wife. Nur Jahan was his favourite wife and he was so much in love with her that he killed her first husband to acquire her. Disgusted at Jahangir’s act, Nur Jahan didn’t accept Jahangir’s love for 6 years. But finally, she understood his feelings for her and went on to marry him. Nur Jahan was the most powerful and influential woman in the history of Mughals as she was said to be dominating her week-minded husband’s mind for 15 years. Quli Qutub Shah was a young prince when he first saw the girl of his dreams, Bhagmati. He was passing through a village on the other side of the Musi River when he saw Bhagmati, a beautiful woman who was a commoner and a Hindu. The prince fell head-over-heels in love with her and married her, against all odds of the society. The madly-in-love king found an entire city around his wife’s village and named it Hyderabad after her new name, Hyder Mahal.

Our history has an amazing treasure of some of the greatest mythical love stories of all time. These exciting love tales are undying and give us hope that true love triumphs against all odds.