Hema Malini may have led a glamorous life, but she is a doting wife and a loving mother in her personal life, and her daughter, Esha, revealed few of such instances on her mother's birthday!

Bollywood's dream girl, Hema Malini, has entertained and loved her audience for decades now. She has given back-to-back many hits in her life, but how is she as a mother and a wife? Hema Malini and Dharmendra are the lovebirds of Bollywood, and they are blessed with two gorgeous daughters, Esha and Ahana. Here's what her daughter and actress, Esha Deol Takhtani, has to say about her mother.

Hema Malini has a charming presence, an aura that holds her personality as an actress, a dancer, who moves through spirituality, and as a politician, as well. But to her husband, Dharmendra, she is a doting wife. To her daughters, she is a caring mother and to her grandchildren, she is a loving grandma.

Hema Malini's Heartmelting Wish For Daughter, Esha Deol On Her 39th Birthday Is Filled With Love

On Hema Malini's 73rd birthday, daughter, Esha Deol penned a heartfelt birthday note. Sharing a beautiful picture with her mother, Esha wrote in the caption, "Happy birthday mamma! Love you! Stay blessed, happy and healthy. Always by your side through thick and thin, Your, Bittu."

In an interview with Pinkvilla, Esha Deol Takhtani revealed that her mother, Hema Malini spoils her grandchildren with gifts and an immense amount of love. She said, “As a grandmother she’s extremely sweet. She breaks the rules we set up for our kids. With her around, they do all the things they’re not supposed to do. My daughters raid her dressing table. Nani lets them use her lipstick, her make-up, wear her shoes… I don’t deprive the children of screen time but there’s a limit. But with Nani they keep on playing games."

Recalling her childhood with her mother, Esha continued, “My earliest memory of Mom is of her getting ready for shooting. As a kid, it was exciting for me to watch the flurry of activity around her every morning – her hairdresser, make-up man and others busy around her. I was enamoured by the colourful lipsticks and would end up breaking them. After a point, Mom had to get me a wig of sorts and some outfits like hers to keep me from destroying her stuff."

Further going into the revelation, she mentioned that it was difficult for her to watch her mother with other co-actors. She said, “Coming back to my childhood, there was a library of VHS cassettes in Mom’s room. After school, I’d select a film of my choice for viewing. Seeta Aur Geeta (1972) would be on repeat watch every day. It was my favourite film. As a kid, I found it difficult to watch her with other co-actors on screen. It was the same with dad. Though I could never voice my dislike to them. With time, I enjoyed watching Satte Pe Satta (1982)."

Esha further mentioned that she was a rebellious kid back then and retorted, “I was a rebellious kid. I wanted my way or the highway. I made some mistakes and learnt from them. She watched me from a distance, making the wrong choices. But she never said ‘don’t do this or don’t do that’. She’d just say, ‘This decision may not turn out to be the best. If you want to experience something like this, then you have to fight your own battle’. The ‘fight your own battle’ stance toughened me. That’s the only way you learn. You fall, you get up and move on. But Mom always had my back." Concluding the interview, Esha revealed how she makes sure to keep her mom happy and said, “I love Mom immensely and tell her that often. The day doesn’t go by without calling her. If by chance she’s missed calling me then I joke in Tamil, ‘Ni ennai marantuvittay (you have forgotten me)!’ Whatever I can do in my capacity to keep her happy, healthy, safe and comfortable I do. We’re more like friends and enjoy fun conversations. We’re both strong individuals – a child is what the mother is. The umbilical cord between us is intact.” 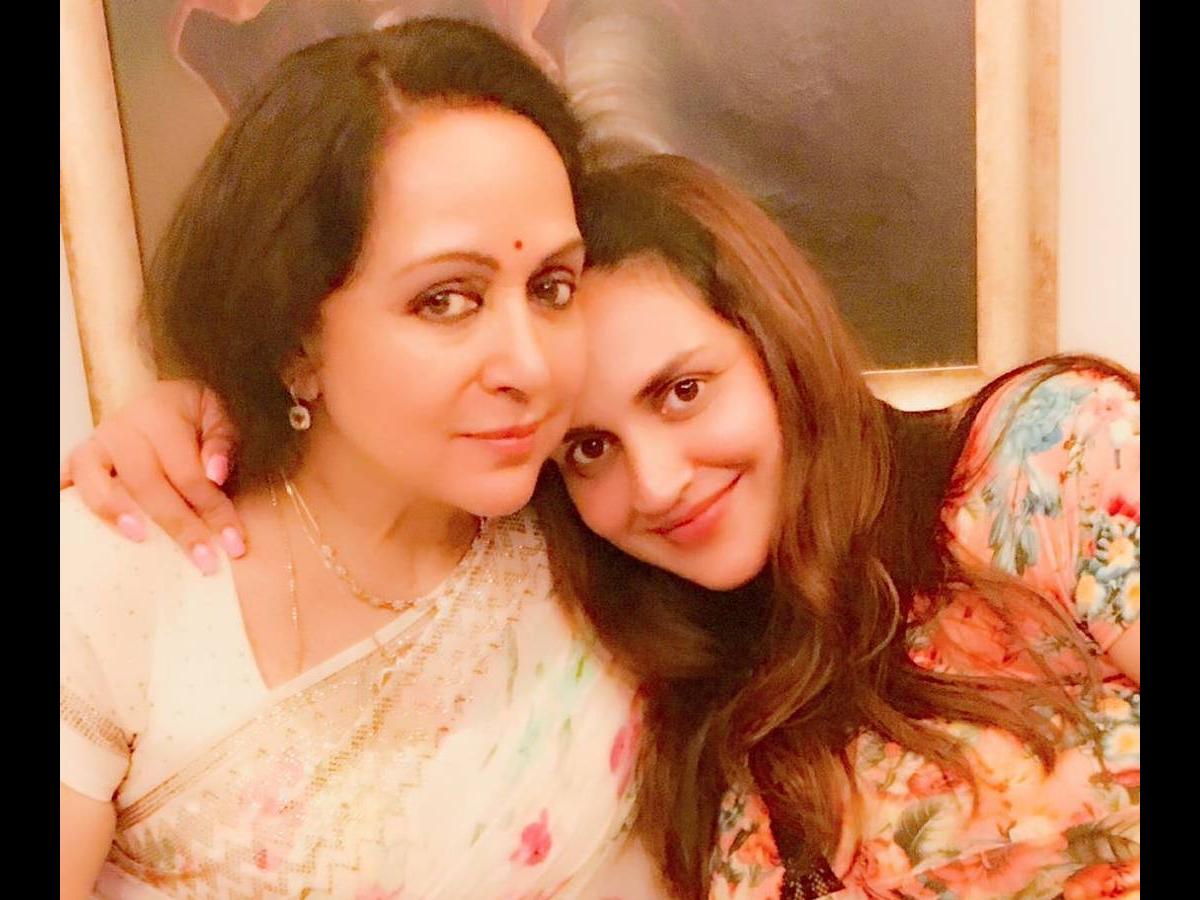 We wish the gorgeousness, Hema Malini, a very happy birthday!

Don't Miss: Naakul Mehta's Blue-Eyed Boy, Sufi Visits Him On The Sets For The First Time With His Mommy, Jankee

Hema Malini's Heartmelting Wish For Daughter, Esha Deol On Her 39th Birthday Is Filled With Love