According to the media reports, Esha Deol Takhtani was supposed to replace Toral Rasputra in 'Jag Janani Maa Vaishno Devi' but a media statement by her team clarifies the speculations.

When a woman embraces motherhood, balancing her personal and professional life becomes a task and as effortless as she might make it look, it isn't a cakewalk. Some prefer to put their careers on hold and focus in nurturing their little bundle of joy, some strive hard to strike the balance in managing their work and baby. For the celeb moms, the moment they embrace motherhood, questions about their comeback surround them on social media and interviews. Esha Deol Takhtani, daughter of Dharmendra and Hema Malini, had taken a break from her work since she had delivered her daughter, Radhya Takhtani. (Also Read: Esha Deol's Throwback Photo With Mom, Hema Malini And Nani Is A Perfect Capture Of Three Generations)

A few months after Radhya Takhtani's birth, Esha Deol Takhtani had made her comeback with a short film, Cakewalk, and during her second pregnancy, she had written a book on her experiences of motherhood and it got published a few months back. Esha was last seen in the film, Kill Them Young in 2015 and since then, fans are eagerly waiting to see her back on the silver screens. Not on big screens, but reports were rife that Esha might make her TV debut soon.

Esha Deol On 20 Years In Cinema, Credits Boney Kapoor And His Late Wife, Sridevi For Her Success

Inside Esha Deol's 40th Birthday: Actress Stuns In A White Mini, Her Friends From Bollywood Attended

According to the media reports, Esha Deol Takhtani was supposed to replace Toral Rasputra in Jag Janani Maa Vaishno Devi and essay the role of Rani Samridhi Devi in the show, who happens to be the mother of Maa Vaishno Devi. But her team released an official statement clarifying the reports to be untrue. The statement can be read as "On behalf of Esha Deol Takhtani, we would like to clarify that all reports floating around media regarding her role in a serial is untrue. She is not playing any character in the serial. She is a devotee of Ma Vaishno Devi, and wishes everyone associated with the serial all the best. Currently Esha is busy reading scripts, for movies, web series and digital films and also excited with her new role as an author with her book Amma Mia published by Penguin Books. She will soon announce her film project, when the time is right."

When Esha Deol Takhtani had won the Best Actress Award at MTV IWMBUZZ Digital Awards and Society Iconic Indian Awards, she had credited her little angels, Radhya Takhtani and Miraya Takhtani. Revealing how Cakewalk changed her life, Esha had said, "Cakewalk changed my life, and I would give entire credit to my daughters. I am a completely different person today because of my lovely daughters. I would like to continue my work and also make sure that I give my hundred percent to my daughters. I will take them along to my shoots and spend time when I am not working." (Also Read: Esha Deol Posts An Unseen Video From Her 'Vidaai' And Reveals Those Moments Make Her Cry Even Today) 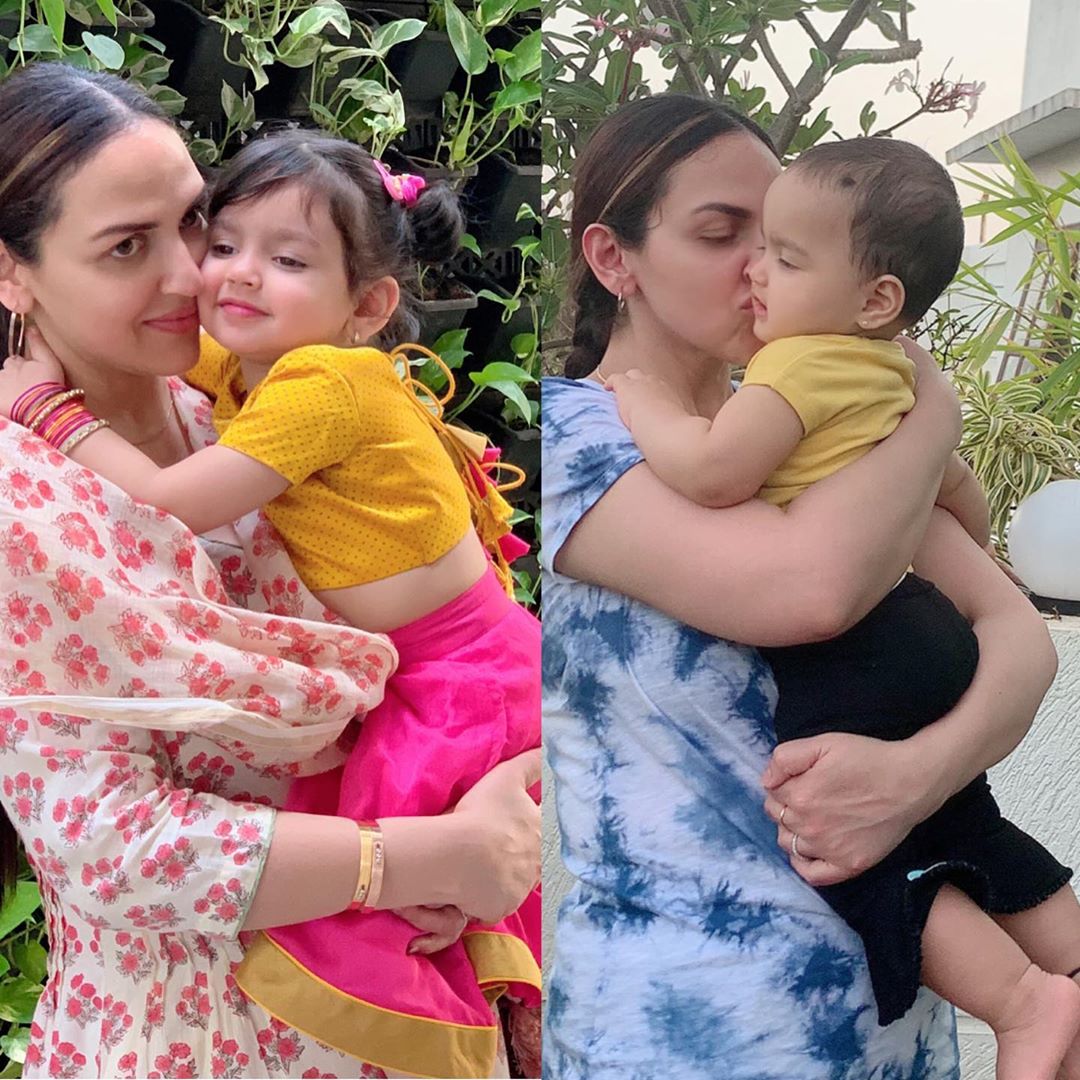 Eight years ago on June 29, 2020, Bharat Takhtani and Esha Deol had become husband and wife and to mark their 8th anniversary, the latter had taken a trip down the memory lane and had posted some unseen pictures from their wedding. To wish Bharat on their 8th anniversary, Esha had posted a picture from their wedding rituals and had written, "This day many years ago... my forever, my love, together for keeps together for eternity! Love u my BeeTee God bless @bharattakhtani3." On her IG story, Esha had posted a picture with her brother, Abhay Deol performing the wedding rituals and her parents, Hema Malini and Dharmendra standing by her side. Married to a businessman, Bharat Takhtani, and a proud mother of two angels, Radhya Takhtani and Miraya Takhtani, Esha Deol is riding high on the personal front. But professionally too, Esha has taken a step towards a venture and is now an author of her first book, Amma Mia. Esha’s debut book, Amma Mia documents her "adventures" in motherhood and is a hands-on guide to take control of the child’s diet and making them love food. (Also Read: Hema Malini Reveals Dharmendra Was Initially Against Esha Deol's Dancing And Her Debut In Bollywood) Do you want to see Esha back on silver screens? Let us know! 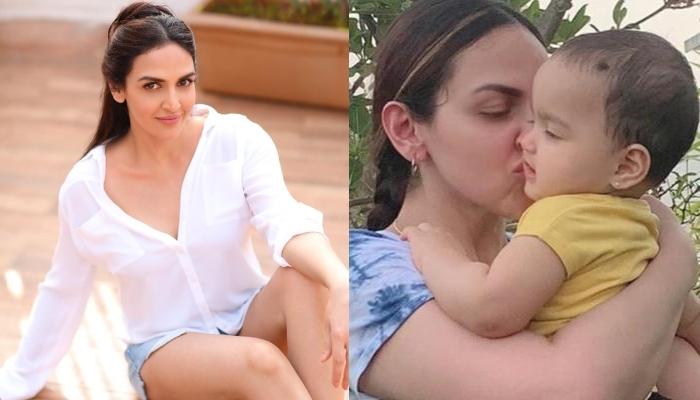 After embracing motherhood, some women put their careers on hold and take a sabbatical, some strive hard in balancing their work and baby post maternity leaves. In the entertainment industry, celeb moms are often questioned if they would return to acting post embracing motherhood. Ever since Esha Deol Takhtani became