A few moments ago, Esha Deol posted a throwback vacation picture from Goa, featuring her then-boyfriend, now-husband, Bharat Takhtani and his brother, Devesh Takhtani. Scroll down to check it out!

Childhood love is a different kind of emotional luxury that only the luckiest ones of us have access to. Imagine spending your life with someone whom you have known right from the time when you were kids, knowing every little detail about them and loving them to no end. Luckiest are the ones who get to spend their life with their childhood love and Bollywood's dream girl, Hema Malini's elder daughter, Esha Deol is one such lucky soul. Esha Deol and her husband, Bharat Takhtani have known each other since they were teens. (Recommended Read: Hardik Pandya Reshared A Soulful Video Of His Late Father's Precious Memories Shared By Krunal)

The lovebirds had met at the tender age of 13, and Bharat had fallen head over heels in love with Esha. They were in different schools but used to meet often during inter-school competitions. While Bharat was enrolled in Learner’s Academy, Bandra, Esha studied in Jamnabai Narsee School in Juhu. Once in an interview, Bharat had said that he had developed an instant crush on Esha when he had met her as there were a certain cuteness and freshness about her.

Esha Deol Flaunts Her Baby Bump In The Third Trimester, Beats The Heat Like A Pro (Pic Inside)

Saif Ali Khan Opens Up His Fight With Wife, Kareena Kapoor Khan In This Throwback Interview 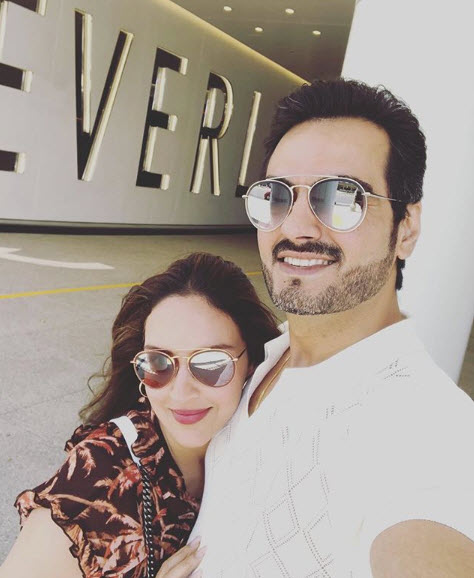 Esha Deol often shares snippets of her happy married life on her IG handle. A few moments ago, Esha took to her IG handle and posted a throwback vacation picture from Goa, featuring her then-boyfriend, now-husband, Bharat Takhtani and his brother, Devesh. In the picture, Esha can be seen posing stylishly with the Takhtani brothers in front of an aircraft. She also penned a note in the caption about the picture which can be read as "#throwbackthursday #goa with my then-boyfriend ,now #hubby @bharattakhtani3 & my #brother @dtakhtani #wearefamily #lafamilia." 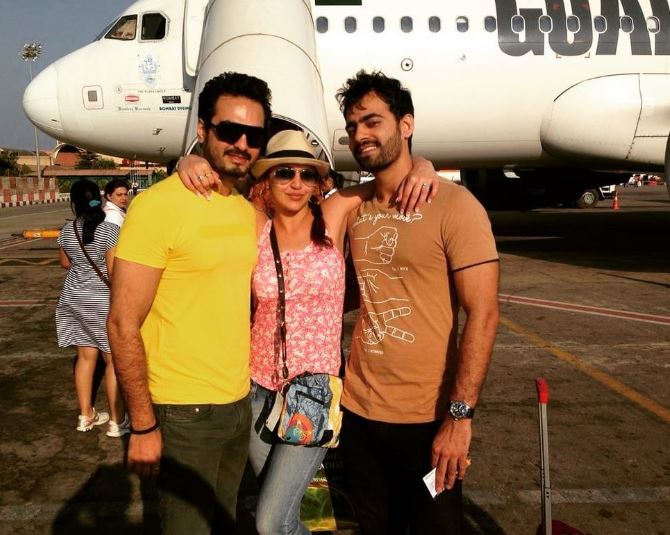 Talking further about Esha Deol and Bharat Takhtani's love story, the two started seeing each other at an immature age. One day, Bharat had wanted to hold Esha’s hand, which had created a rift between the two. After that incident, Esha had gotten offended and had stopped talking to Bharat. For so many years, the two didn’t talk, but Bharat never lost hope. He always loved her and was good friends with Esha’s younger sister, Ahana Deol. After 10 years of staying away from each other, Bharat and Esha had connected again, this time to never part ways. They met again after a decade at Niagara Falls and had felt the same spark. 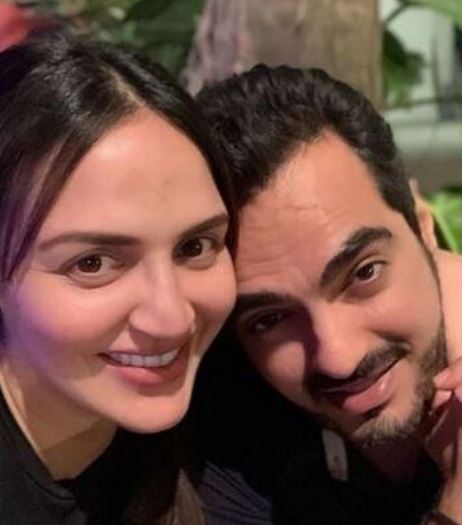 Esha and Bharat's never-ending love for each other can be seen clearly in their mushy social media posts. On his birthday on October 12, 2020, Esha Deol had wished her husband, Bharat Takhtani in the sweetest way possible. Posting a loved-up picture with him, Esha had written a cute birthday wish for the birthday boy, expressing the different roles that he plays in her life. Her note could be read as "Happy birthday to the love of my life, my best friend, my boyfriend, my husband & Radhya Miu's Dadaa. I just love you! God bless you! @bharattakhtani3 stay happy & healthy always!" (Also Read: Shoaib Ibrahim Talks About Dealing With Constant Trolls And Shutting Them With His Befitting Replies) 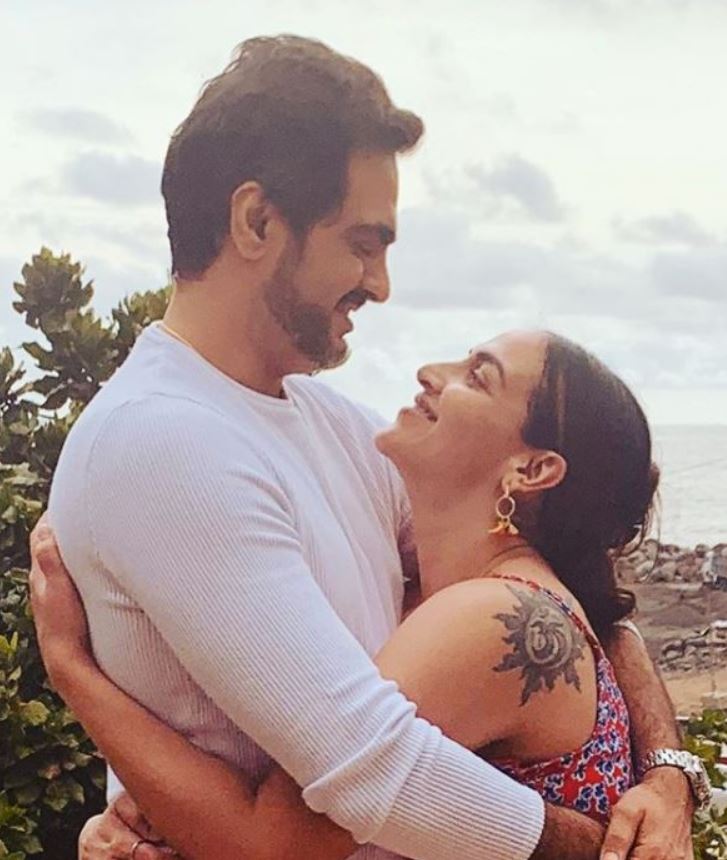 As per India Today, talking about their first meeting, Esha had said, "I was in Jamnabai Narsee School, Bharat was studying at Learner's Academy in Bandra. That was one school which had good looking boys in Bandra. We met at the inter-school competition called Cascade, which was hosted by my school. I wrote my phone number on a piece of tissue and gave it to him. I had braces back then. I always say he truly loved me with braces on. He found me cute." 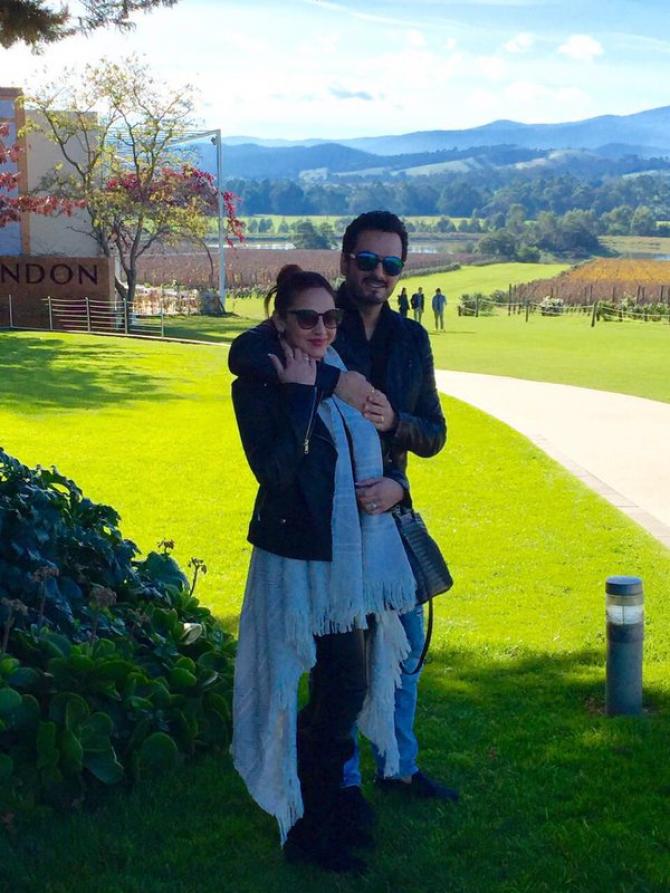 After ten long years, during the shooting of Hema Malini's directorial, Tell Me O Kkhuda, the lovebirds had met again, and, as fate had decided, had created a beautiful forever together. Talking about how she had told her mother, Hema about Bharat, Esha had said, "I called out to her and said, 'Mama, come up! I've something to show you'. Mom came up to my floor, casually playing with the dogs, unaware of what was in store. Then I introduced her to Bharat. Both being Librans, hit it off instantly! (Don't Miss: Shehnaaz Gill Sports 'Mangal Sutra' And 'Sindoor' In A Picture With Sidharth Shukla, Here Is Why)

Esha Deol Flaunts Her Baby Bump In The Third Trimester, Beats The Heat Like A Pro (Pic Inside)