Being a philanthropist and fashion enthusiast, Natasha Poonawalla often garners a lot of limelight with her stunning looks. Let's have a look at her luxurious assets.

Natasha Poonnawalla is a millionaire and a philanthropist and also the executive director at Serum Institute of India. She is well-known for her extravagant lifestyle and often garners attention for the same. From attending gala events to Cannes and Met Gala, Natasha becomes the centre of every glamorous and luxurious event she goes to. Being a fashion enthusiast, Poonawalla always wears some of the most jaw-dropping outfits and pairs them with her ultra-expensive bag collection.

For the unversed, Adar and Natasha Poonawalla had met at Vijay Mallya’s New Year’s Eve party in Goa and had got married in 2006. The power couple is proud parents of their two sons, Cyrus and Darius. The duo is close friends with top Bollywood celebs like Priyanka Chopra Jonas, Kareena Kapoor Khan, and are also the VIPs of Hollywood. Moreover, they lead a luxurious lifestyle in their plush abode and are chauffeured on swanky wheels whenever they move around. Let’s have a look at some of the most expensive things owned by Natasha Poonawalla.

Ranbir And Arjun Kissing Girlfriends, Alia And Malaika On A Double Date In New York Is All Love

Isha Ambani Piramal's Unseen Picture Proves She Is A Born Fashionista, Dazzles In A Black Dress

Taimur Ali Khan Looks Confused And Lost In The Latest Snaps From Switzerland, Pics Inside Natasha Poonawalla’s bag collection has luxurious bags that we can only dream of. The fashion diva has a matching handbag for almost every designer outfit in her wardrobe. From Louis Vuitton to Hermes and Balenciaga, Natasha has countless luxury handbags to complement her outfits. Be it a house party or a Met gala event, Poonawalla’s handbags often catch people’s attention. 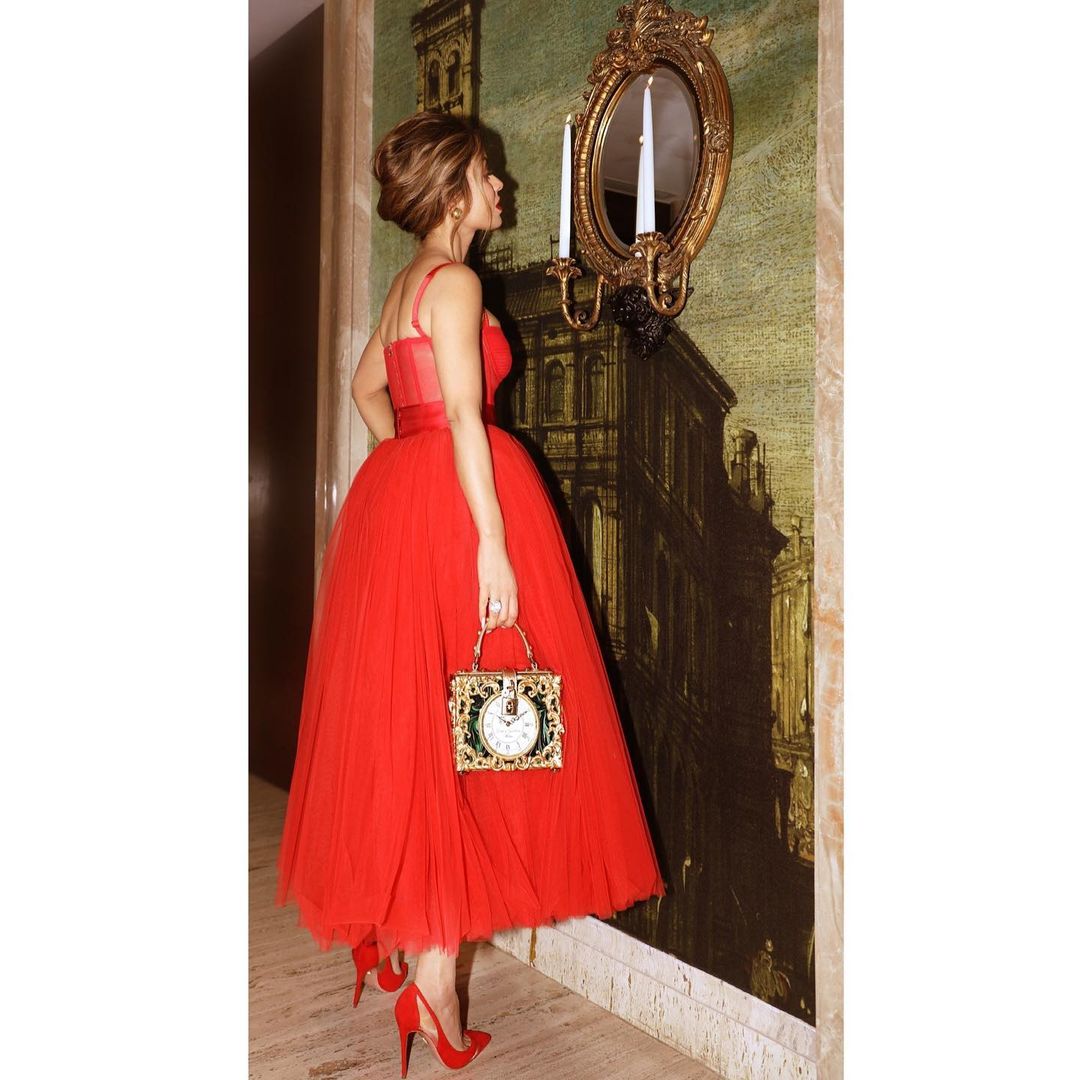 Natasha Poonnawalla was spotted with Priyanka Chopra at Wimbledon finals 2021, wearing a Chanel co-ord set. But what grabbed our eyeballs was her blue Hermes bag that she had styled with her outfit. The costly rare piece had cost her somewhere between Rs. 82 lakhs to Rs. 94 lakhs. The diva had made heads turn as she had arrived in style at a house party organised by Bollywood actress, Amrita Arora. She was spotted carrying a Hermes Kelly mini crocodile black handbag which costs a whopping amount of Rs. 21 lakhs. 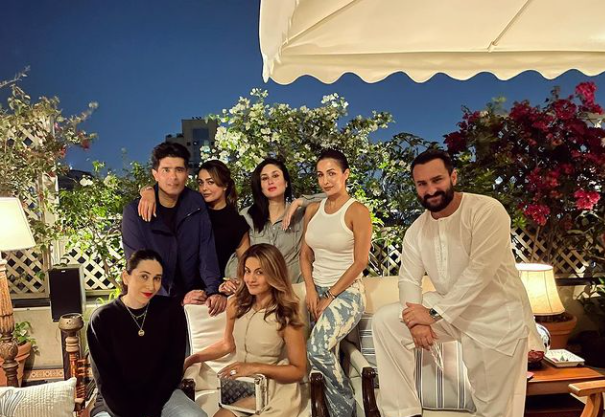 Kareena Kapoor Khan had hosted a house party after the arrival of her second son, Jehangir Ali Khan. Her close friends like Amrita Arora, Malaika Arora, Manish Malhotra, Natasha Poonawalla, and Karishma Kapoor had graced the bash. The pictures from the party were doing rounds on the internet. However, it was Natasha Poonawalla’s Louis Vuitton clutch box worth Rs. 5 lakhs that she had accessorised with her beige outfit that had taken the internet by storm. On her visit to the States to meet Bill Gates, Natasha Poonawalla had donned a formal outfit with large check patterns. She had styled her look with a luxurious Hermes bag that had set her back by a whopping price of Rs. 2 lakhs. At the Monaco Grand Prix racing event, Natasha Poonawalla had donned a black and white check pattern midi dress and had paired it with a black leather coat and neon heels. Along with it, she had carried a Balenciaga clutch worth Rs. 1 lakh. 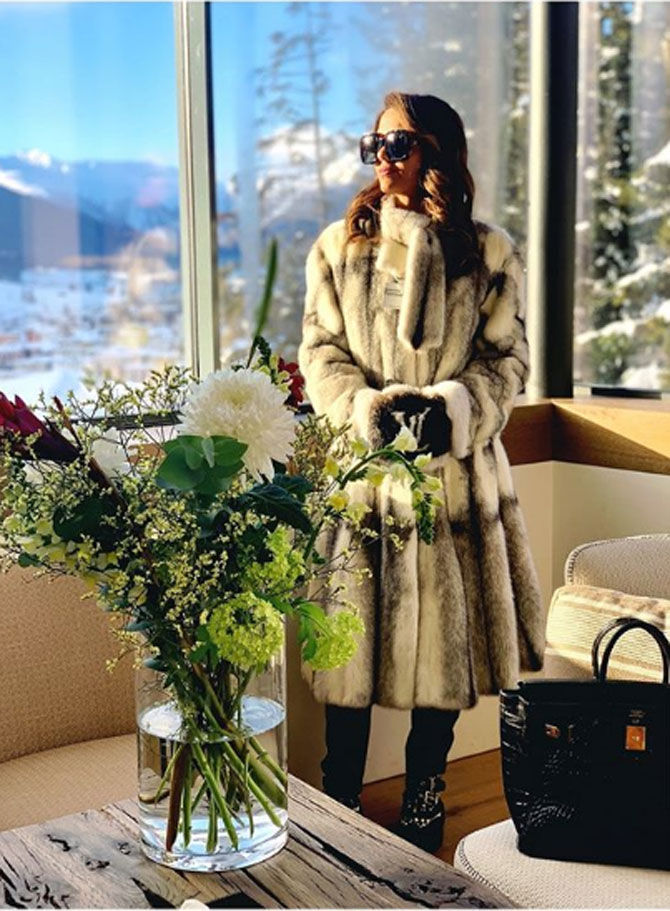 Natasha Poonawalla surely knows how to steal the show, wherever she goes. Once, Natasha was spotted wearing Oscar de la Renta FW21 RTW worth Rs. 7 lakhs, at the British Vogue And Tiffany & Co Dinner in London. It was the same dress that the popular singer, Taylor Swift had worn at the 63rd annual Grammy Awards. She had paired it with a sling bag and black pumps. The boss lady owns some of the most expensive designer outfits and often gives a sneak peek of her glamorous outfits. Her Instagram handle is filled with her pictures wearing some of her most luxurious fashion outings. From Dolce Gabbana to Chanel and Gucci, the socialist owns it all. Here are some of her best and ultra-expensive fits. 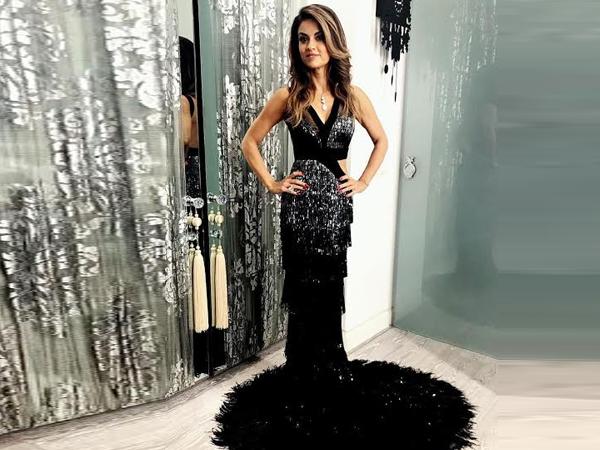 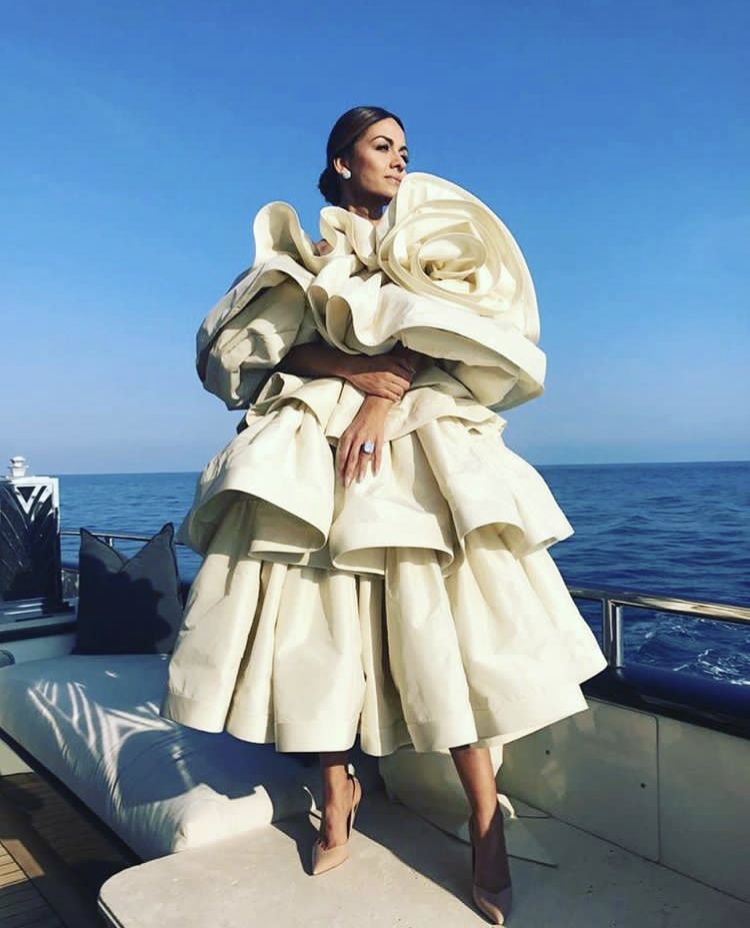 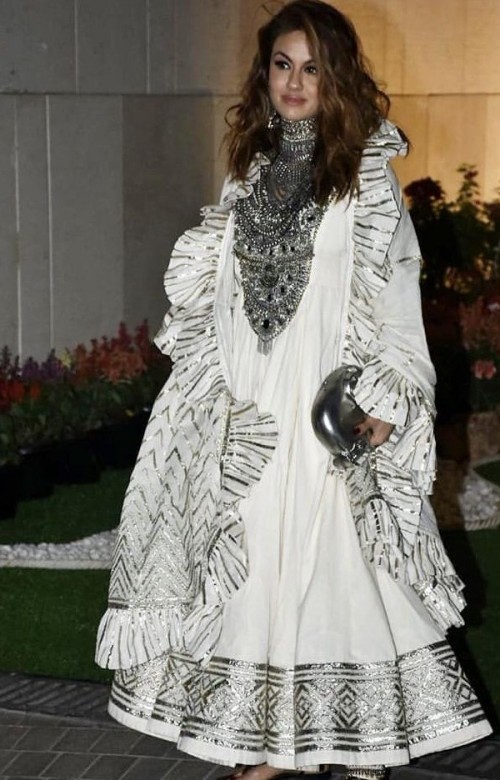 Also read: From Rolls Royce Ghost To Flats In Palli Hill, Expensive Things Owned By Sanjay Dutt And His Wife Natasha Poonawalla and her husband, Adar Poonawalla are popular for their king-size lifestyle and often become the talk of the town for the same. Not only they are the face of the Serum Institute of India, but also a happy and super-rich family. They own lavish properties in India as well as abroad. Let's have a look at some of their jaw-dropping mansions. 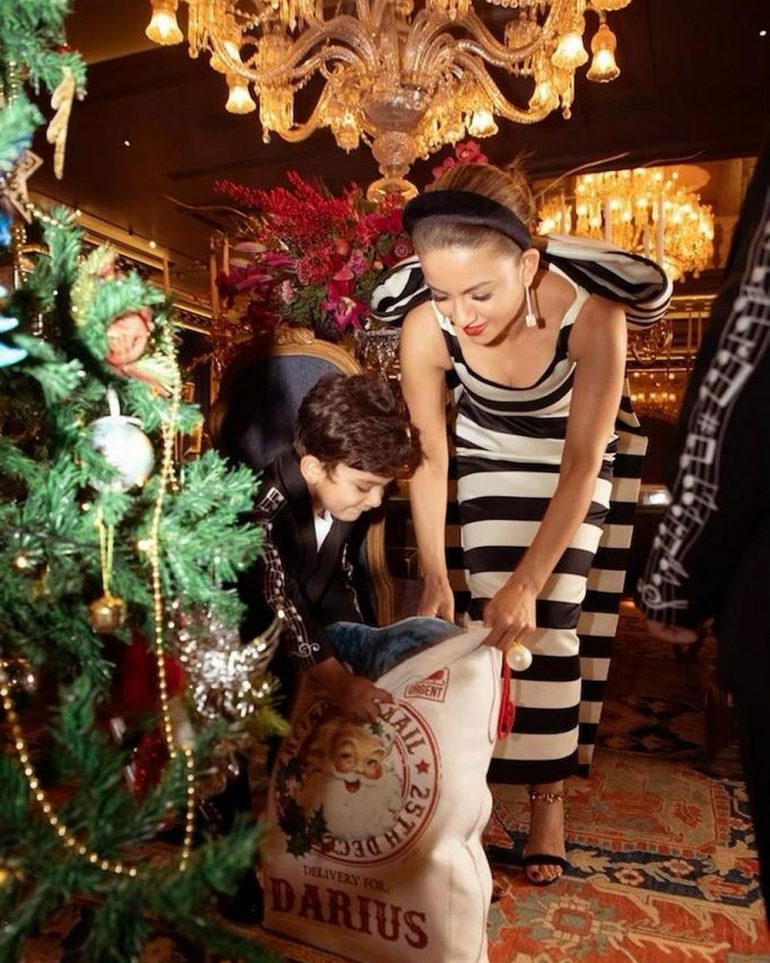 The Poonawalla family often enjoys going on lush vacations outside India. And it goes without saying that when it comes to international trips, they spend most of their time in London. According to the reports by Bloomberg, the Poonawallas had rented a 25,000 sq ft mansion in Mayfair, London. They had agreed to pay a rent of a hefty amount of Rs. 51.6 lakhs per week to Polish billionaire, Dominika Kulczyk for this property. Being a part of the list of the most high-profile horse breeders of India, the Poonawallas own a majestic 100-hectare farm in Pune. Moreover, in 2015, Natasha had refurbished a two-storey bungalow with the help of the interior designer, Sussanne Khan. The farmhouse features multiple rooms, lush gardens and a 16-metre conservatory with a translucent ceiling. 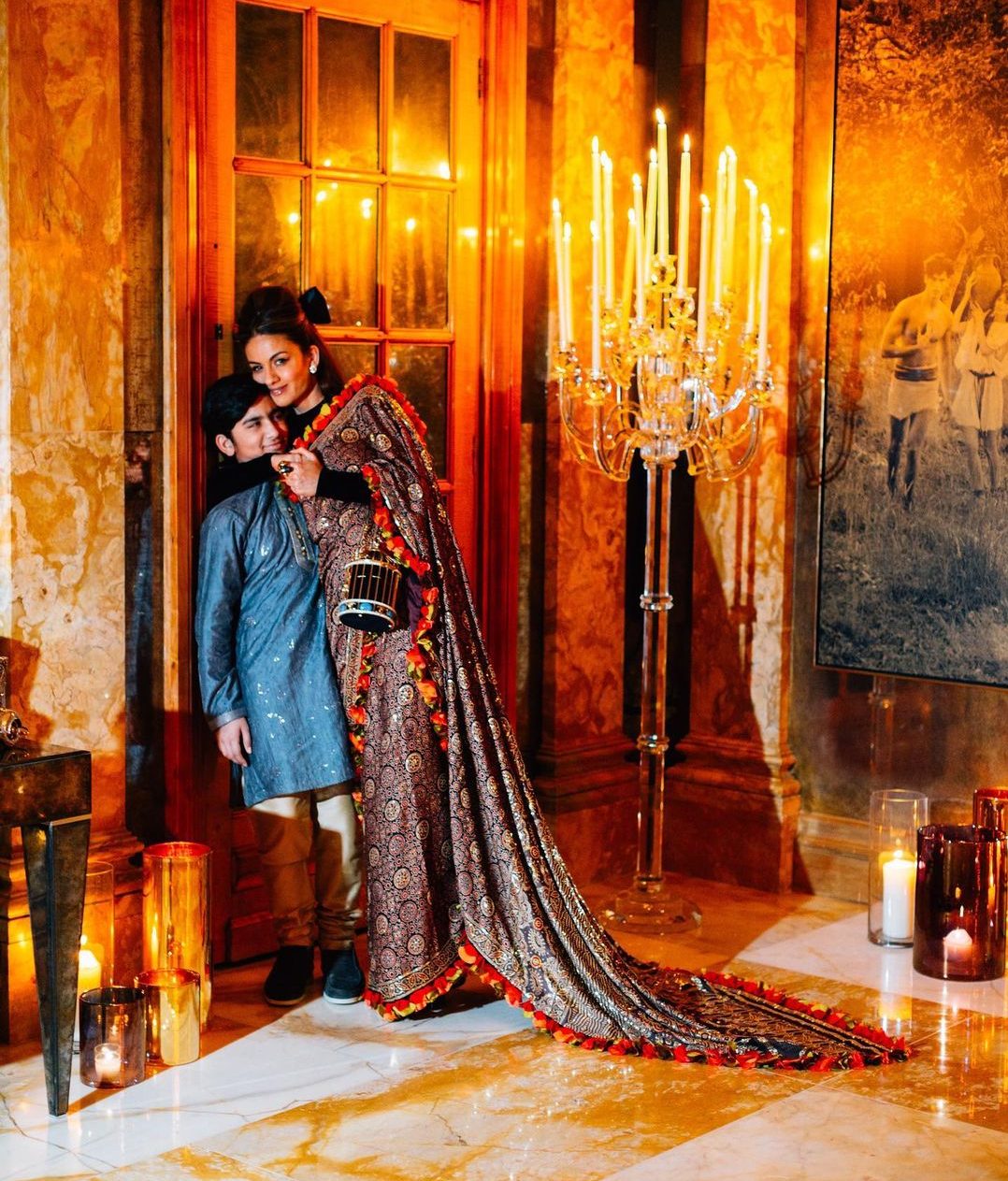 The Poonawallas are often spotted in their Mumbai heritage home every other weekend. The massive mansion was previously owned by the maharaja of Wankaner and was known as The Lincoln House. This sprawling seaside mansion was being used as the US consulate before the Poonawallas had bought it for a whopping amount of Rs. 895 crores in 2015. Adar Abad is the larger-than-life mansion owned by the Poonawallas in their hometown, Pune. With Italian marble floors and high ceilings, the mansion boasts European decor and exquisite antiques. Another interesting feature of this swanky house is the L'il Cyrus’s Stable, which is the shelter of a Shetland pony. 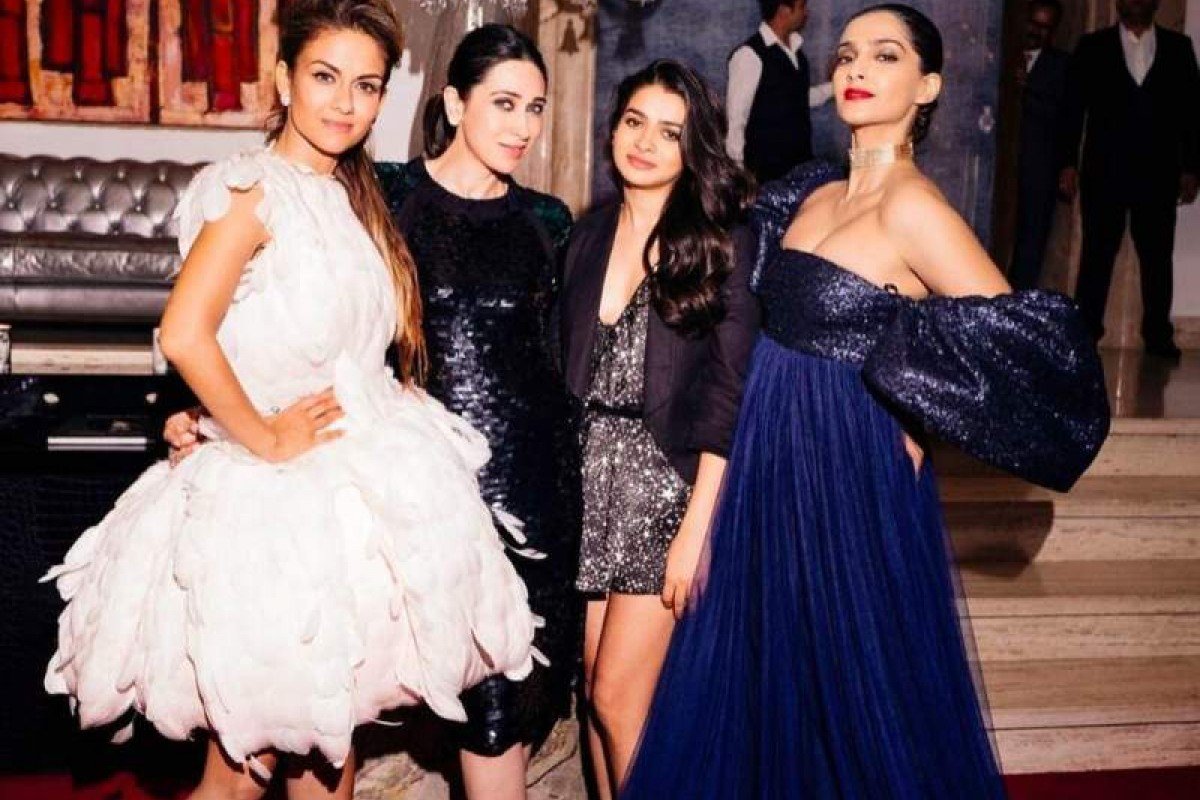 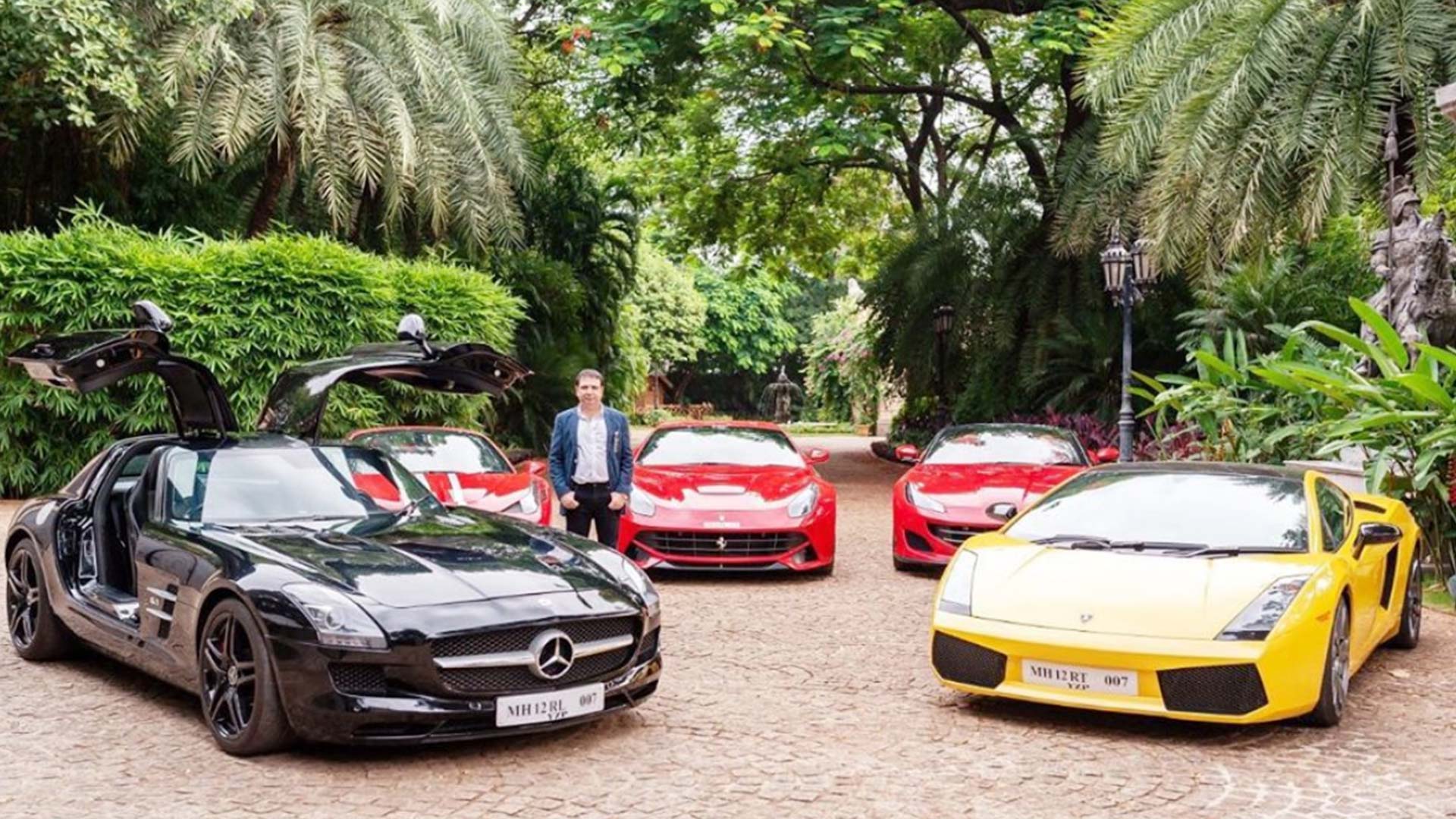 Adar Poonawalla owns a luxurious fleet of supercars. From Ferrari 458 Speciale priced at Rs. 4.07 crores to Rolls Royce Phantom Drophead Coupe worth Rs. 8.53 crores and Rolls-Royce Phantom worth Rs. 9.5 crores, you name it and the Poonawalla family owns it all. However, what stole the show is the highest-priced Batmobile replica made out of a Mercedes-Benz S350 ranging around Rs. 7 crores, which he had gifted to his son, Cyrus, on his sixth birthday. Apart from that, they also have a McLaren 720 worth Rs. 4.5 crores, a Lamborghini worth 2.61 crores, and vintage cars worth millions, parked at their home. Besides that, Natasha is often spotted travelling around in the city in her Rolls-Royce Phantom. 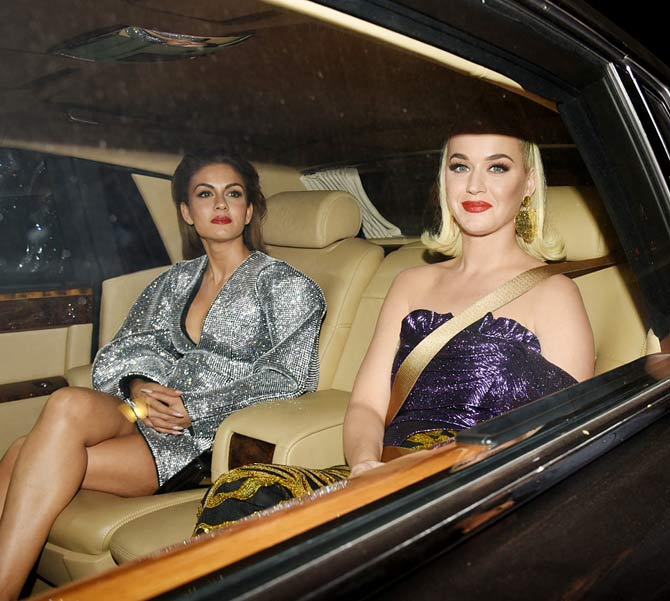 Indeed the fashion enthusiast leads a lavish lifestyle and owns it all.

You may also like: Most Expensive Things Owned By Priyanka And Nick Jonas: From Luxury Mansion To Rolls-Royce Ghost