Come winters and the wedding season is in full swing. All couples want to use the auspicious days or muhurats falling mostly in the winter months to step into a new life. Our favourite Bollywood couples are not any different.

The Cute Love Story Of Arbaaz Khan And Malaika Arora Khan: The Power Couple Of Bollywood

Some of the most famous names have tied the knot in the cold months of the year. So, let us look at few of the Bollywood celebs who had lavish winter weddings. The Nawab of Bollywood tied the knot with the love of his life Kareena Kapoor in 2012. But the couple has been the talk of the town for breaking traditions since they started dating in 2007. Right from their 10-year age difference and their live-in relationship to their unexpected low-key wedding and Kareena refusing to change her religion, theirs has been a talked about relationship. They welcomed their son Taimur Ali Khan in December, 2016.

Mahendra Sigh Dhoni Revealed How He Had Proposed To Wife, Sakshi Dhoni, And How She Had Reacted Imran Khan’s ‘committed’ status was known long before he tasted success with Jaane Tu Ya Jaane Na. He was one of those B-town actors, who did not and does not shy about being in a relationship. Imran married his long-time girlfriend Avantika in 2011, and has always credited his success and luck to Avantika. His lucky charm has featured in most of his movies too. You can spot her in Jaane Tu Ya Jaane Na, I Hate Luv Storys, Ek Main Aur Ekk Tu and recently in Gori Tere Pyaar Mein. We wish Avantika continue to prove lucky for Imran in all his ventures. They have a daughter who was born in June 2014, named Imara.

Also Read: 14 Bollywood Celeb Couples Who Kept Media And Fans Away From Their Low-Key Weddings

Sargun Mehta Reveals Her Pregnancy Plans With Hubby, Ravi Dubey, Says, 'I Am On A Different Journey'

Farah Khan Opens Up About Her Marriage Experience, Reveals 'I Wanted To Run Away In The First Year'

Neetu Kapoor Reacts As Paps Asks Her Whether She Will Meet 'Bahu', Alia Bhatt On Her London Vacation

Bharti Singh Gets Emotional As Hubby, Haarsh Hosts A Surprise Bash Despite Heavy Rains On Her B'day 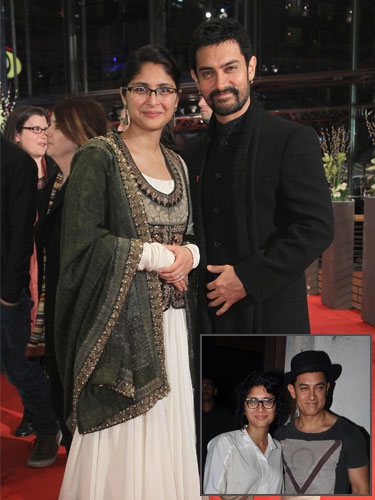 A chilly December day in 2005 was when ‘2 a.m. friends’ Kiran and Aamir got married. Friendship was the base of this relationship. Within just a few months of dating each other, Kiran moved in with Aamir. Marriage and busy schedules seem to have not affected their friendship, which is quite evident in their interviews and public appearances. They have a son through surrogacy, named- Azad Rao Khan. 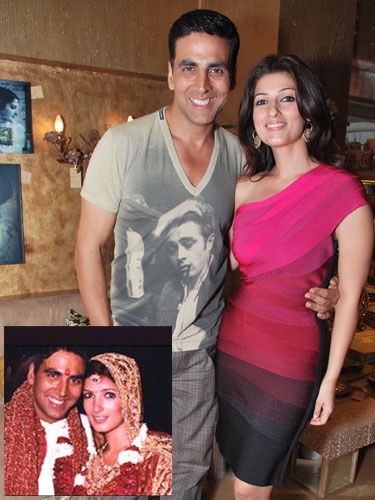 Akshay created ripples in B-town when he made the sudden decision to tie the knot with his girlfriend and actress, Twinkle Khanna. This was shocking for his fans more because of the playboy image that the khiladi star always had. After a string of rumoured link-ups and alleged ‘committed’ relationships, getting married to Twinkle seems to have had a balanced, soothing effect on Akshay, turning him into a doting husband and father. They have two children, a son named Aarav and a daughter named Nitara.

You May Like: 5 Famous TV And Bollywood Celeb Couples Who Had Twin Babies All of Hrithik’s fans know about the famous “traffic signal” story, where the actor says he fell in love with Sussanne. After knowing each other since childhood, the couple decided to tie the knot after Hrithik’s debut film Kaho Naa Pyaar Hai, which was a huge success. The film turned him into an instant star, making this winter wedding a talk of the town. After spotting them seeming completely in love at numerous occasions and interviews, their recent separation has come as a shocker for all. They have two sons- Hridhaan Roshan and Hrehaan Roshan. 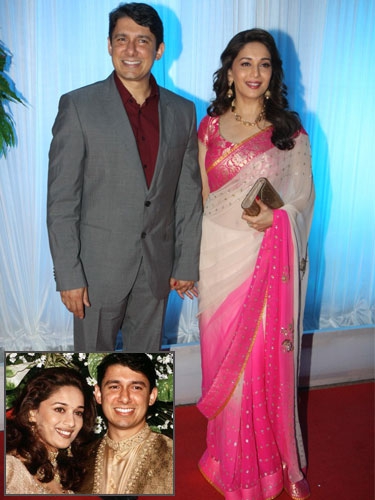 The girl with a million-dollar smile broke a million hearts when she got married to US-based Dr Sriram Nene in 1999, at the prime of her career. After spending over a decade in the US, the dhak dhak girl could not stay away from tinsel town any longer and returned to India with her husband and kids in 2011. After 14 years of marriage, the couple still seems to be all in love. The couple has two sons- Raayan and Arine Nene.

Suggested: 7 TV And Bollywood Celebs Who Played Cupid To Their Celeb Friends 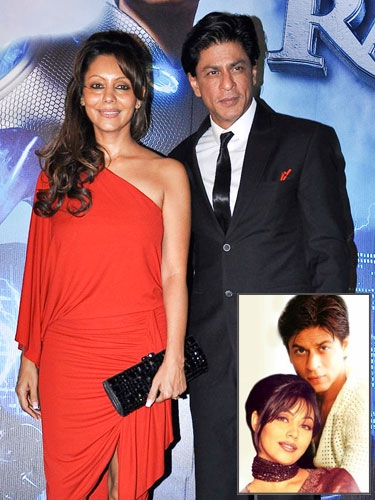 25 years later, Shah Rukh and Gauri is still the happiest couple of Bollywood. Voted as the ‘best couple who are still friends’ in a poll on a matrimonial site, Shah Rukh and Gauri have seen their share of ups and downs. They brought back the old magic in their relationship by welcoming baby AbRam on May 27, 2013. They have another son, Aryan Khan and a daughter, Suhana Khan. Shah Rukh has often said that Gauri has been his first and the last girlfriend.

Don't Miss: Actors Who Cheated On Their Wives With Other Women, But Were Still Accepted By Their Wives 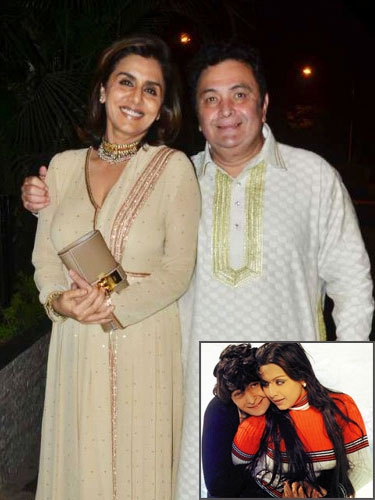 The sweetheart of the 70s, Neetu Singh was 14 when she started dating chocolate hero Rishi Kapoor. Theirs was no less than a glamorous fairy-tale, where everything looked perfect. Respecting the rumoured ‘Kapoor tradition’ of women not working in movies, Neetu gave up her acting career and took to family life. The couple got married in January 1980. Even after 36 years of marriage, the couple is going strong, and we wish they stay together forever! They have two children- Ranbir Kapoor and Riddhima Kapoor.

So, these were the Bollywood celebs who had winter weddings, and their love stories are timeless. Who is your favourite couple among these? Do let us know in the comments section below.

Next Read: Most Expensive Divorces Of Bollywood That Made Celeb Husbands Almost Bankrupt