The newlywed actress, Shibani Dandekar, shared a series of pictures with her husband, Farhan Akhtar, from their reception party held at Javed Akhtar's home.

The newlywed couple, Farhan Akhtar and Shibani Dandekar had met for the first time on the shooting floors of a reality TV show, I Can Do That, where she was a participant and Farhan was the host. Since then, the rumours have been rife that they were dating each other, which they had confirmed after a long time by making their relationship Insta-official.

However, after a long wait, finally, on February 19, 2022, Farhan Akhtar had exchanged the wedding vows with his longtime girlfriend, Shibani Dandekar, in Khandala, in a Christian wedding ceremony. While the groom had decked up in a black tuxedo suit, the bride had dazzled in a red gown, and even to this very day, their fans are still drooling over their wedding pictures. Now, the actress dropped some unseen pictures from their reception party and once again, everyone is in love with this stunning couple, who never leaves a chance to stun us.

Farhan Akhtar And Shibani Dandekar's Wedding: Javed Akhtar Confirms, 'It Will Be A Simple Affair' 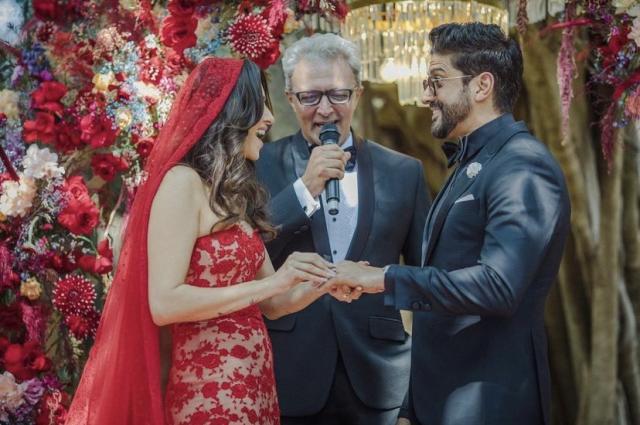 A few moments back, Shibani Dandekar shared two sets of pictures with her darling husband, Farhan Akhtar, from their reception party at his father, Javed Akhtar's plush bungalow in Khandala. In some of the pictures, Farhan can be seen taking his wife on a tour of the entire house, and it melted everyone's heart as it is what dreams are all about. From posing in front of a lovely wooden staircase to posing in different corners of the luxurious mansion, the couple looked super-happy in each frame. 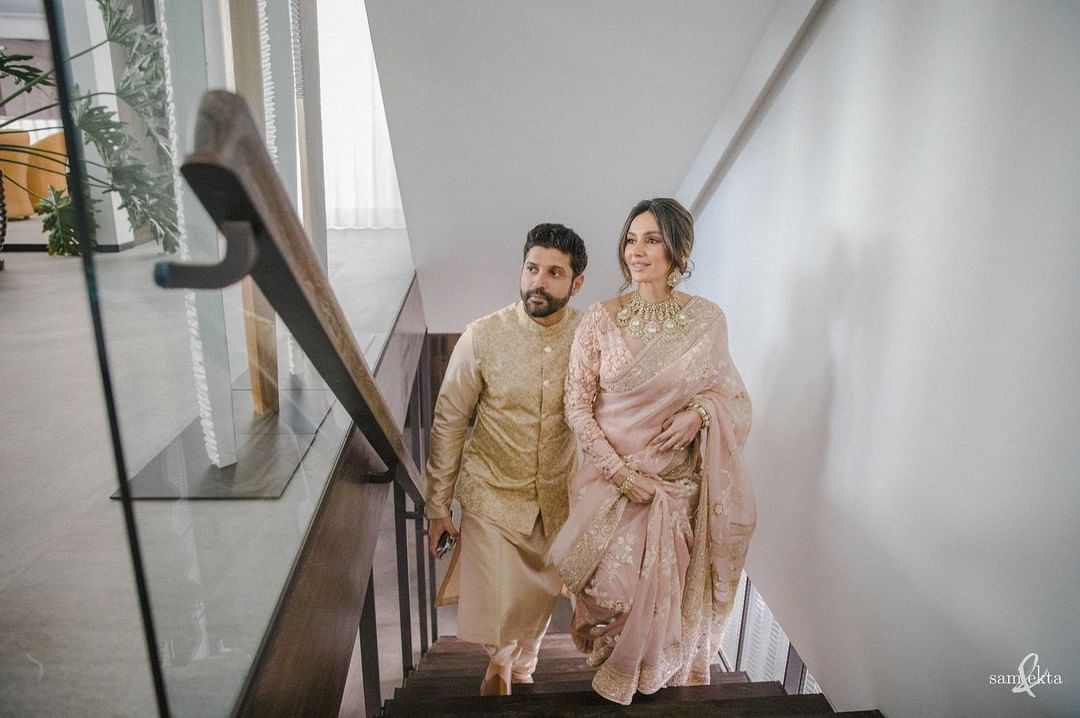 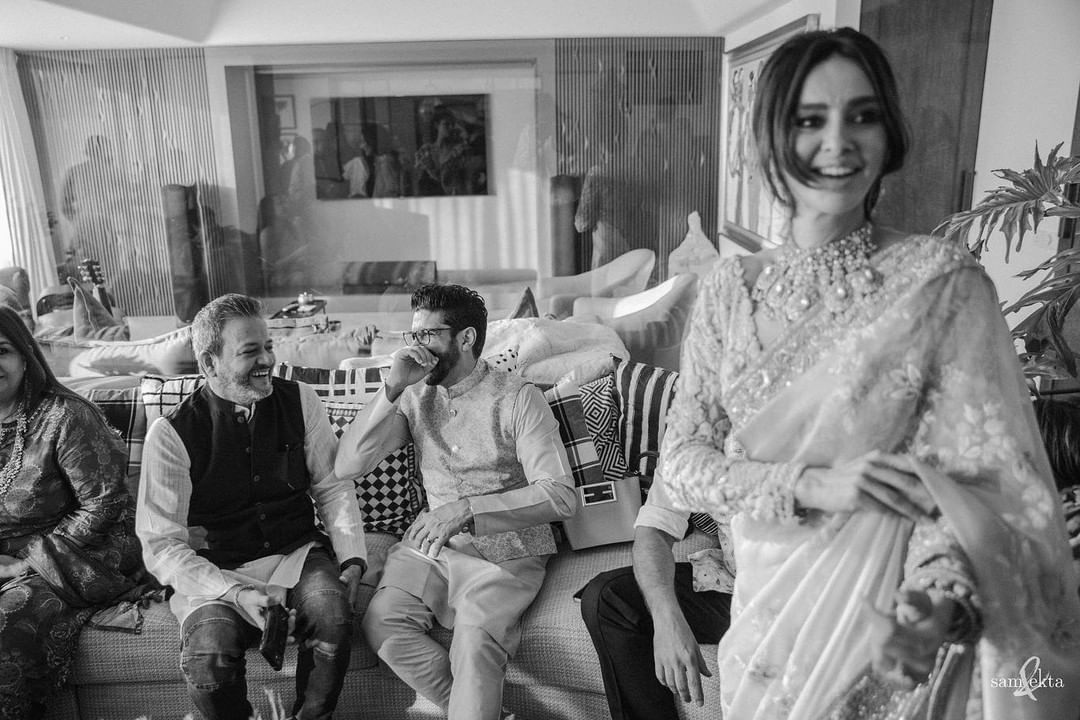 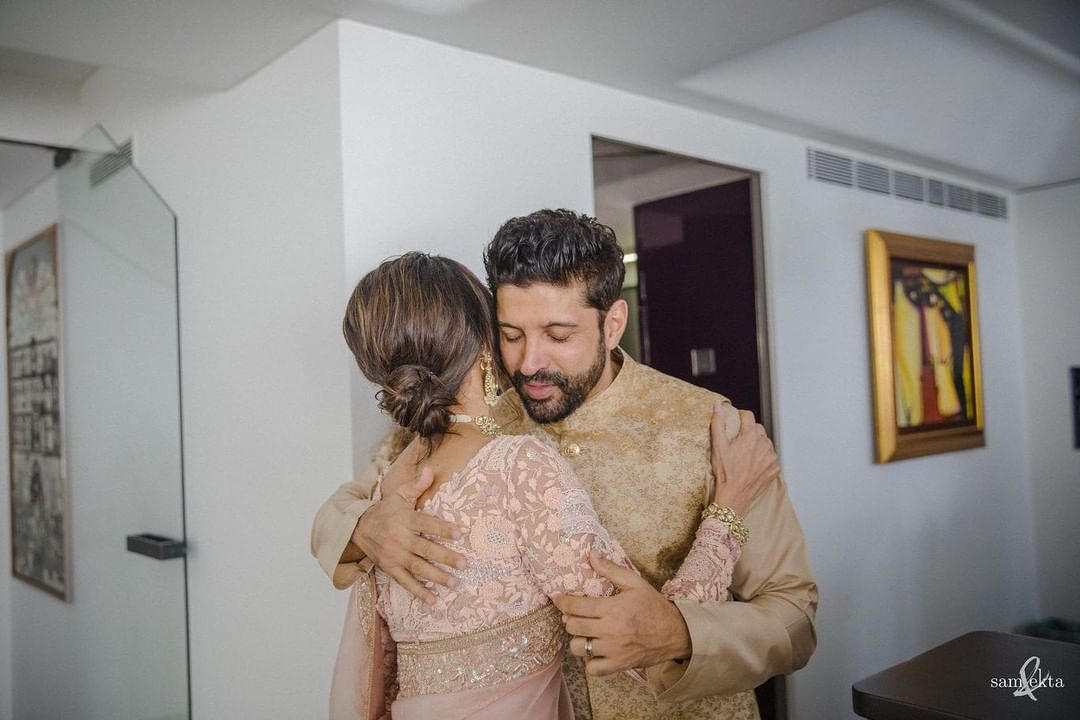 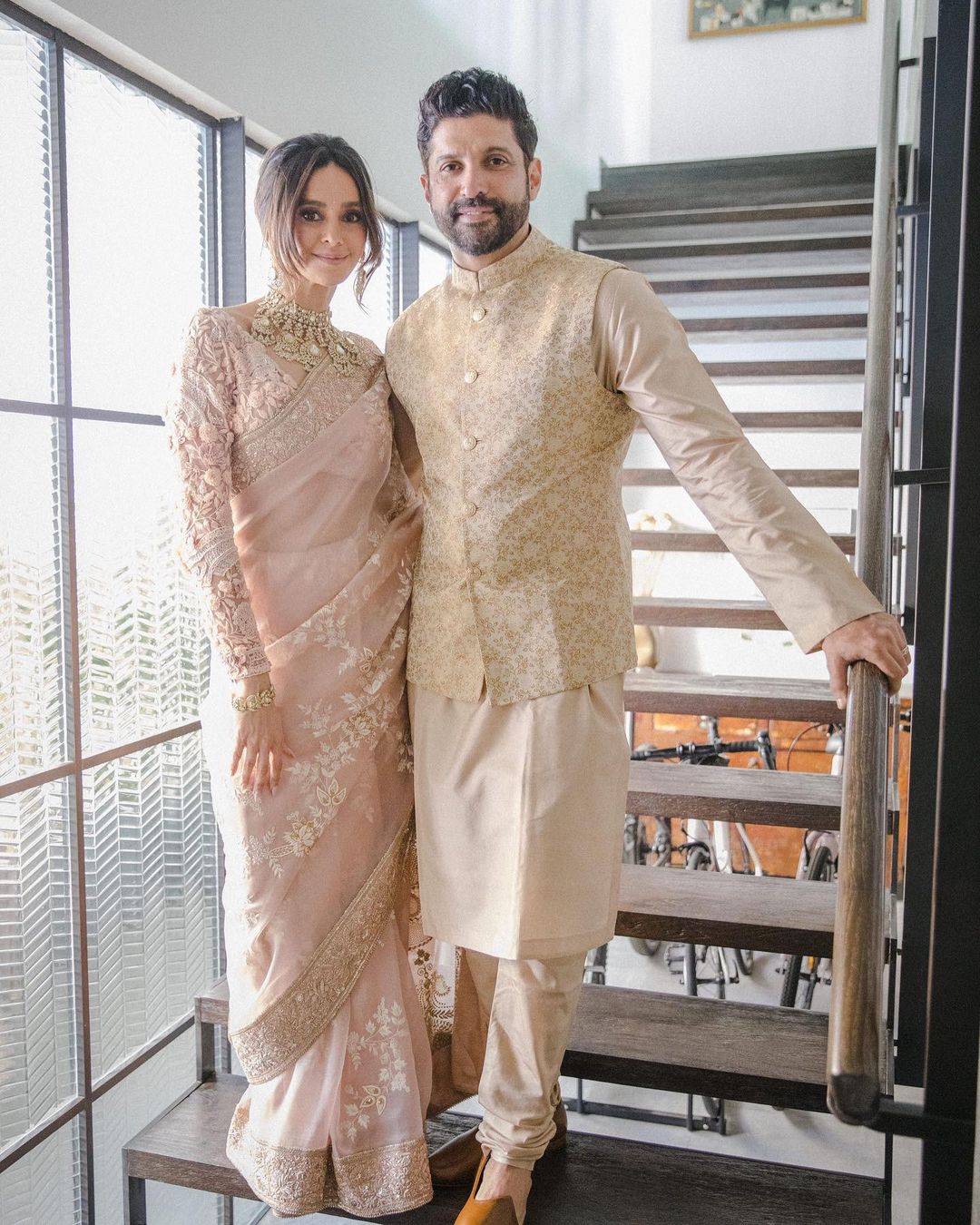 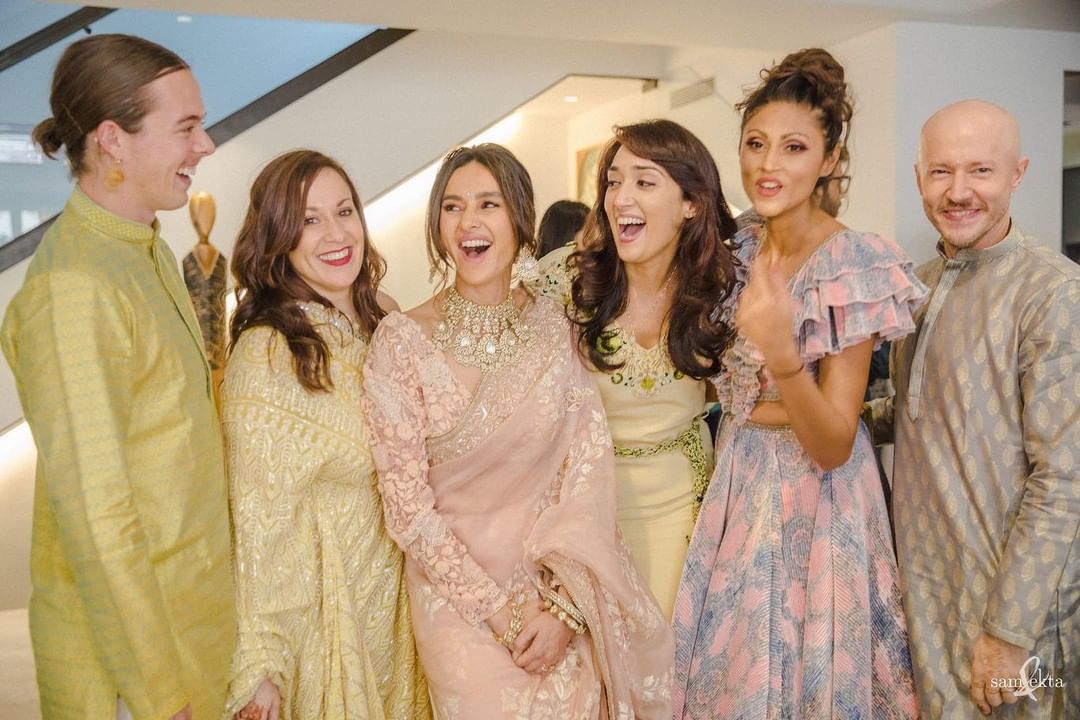 The two sets of pictures were from Shibani Dandekar, and Farhan Akhtar's reception party and both of them looked absolutely stunning in their respective outfits. For the event, while on one side, Shibani had worn a gorgeous pink-hued saree with a full-sleeved sheer blouse. On the other hand, Farhan had complemented her in a blush-pink sherwani with a golden-hued sleeveless jacket. 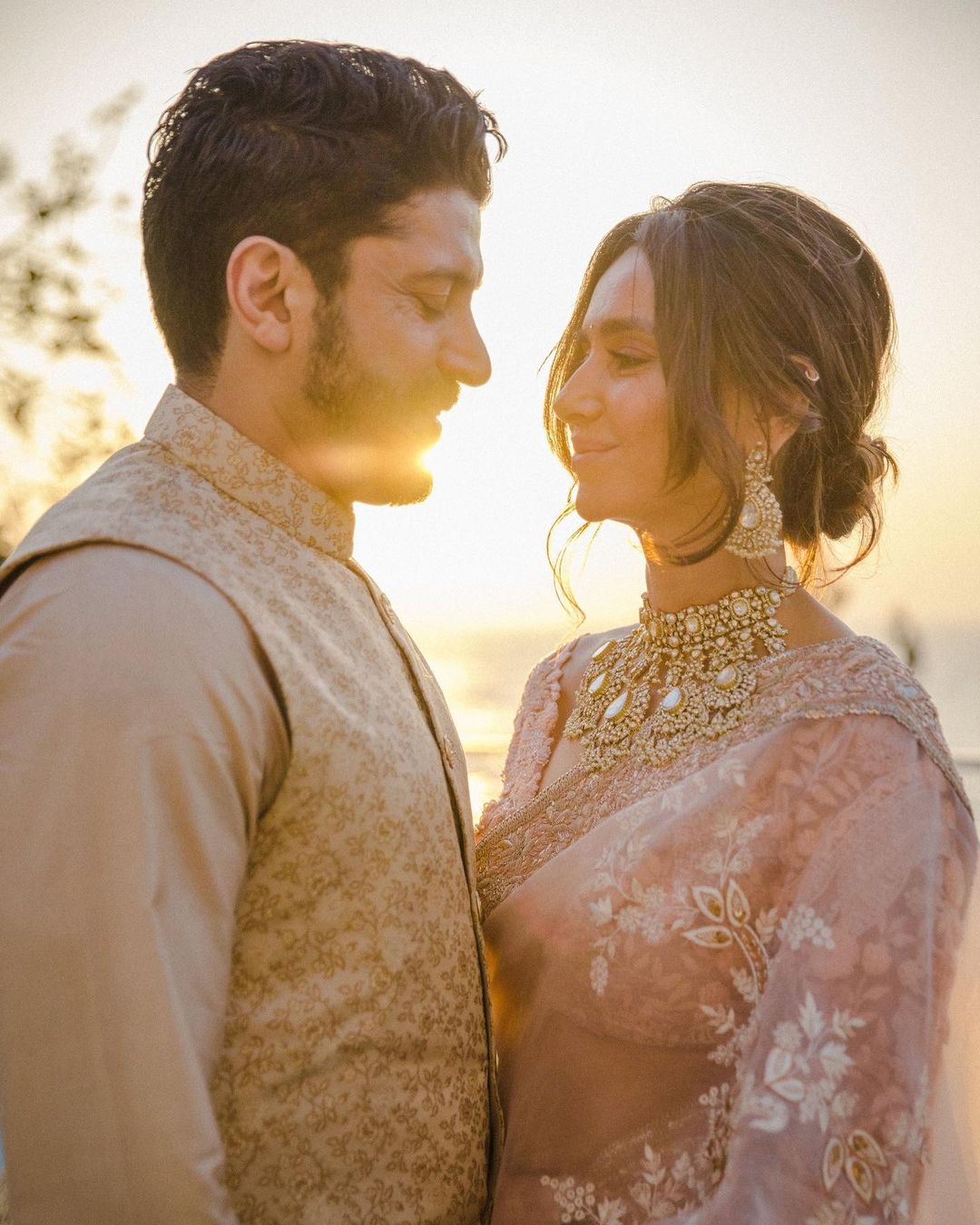 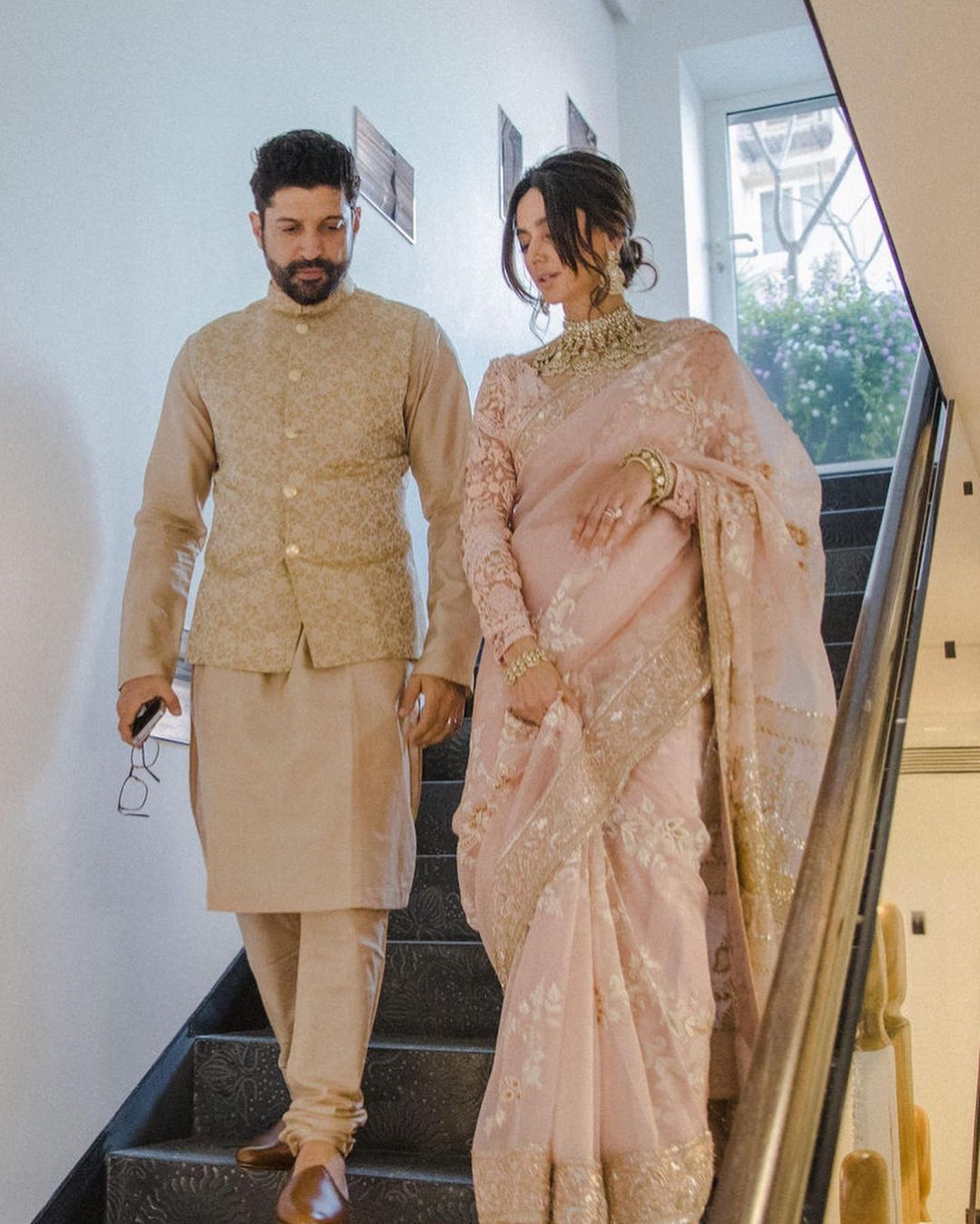 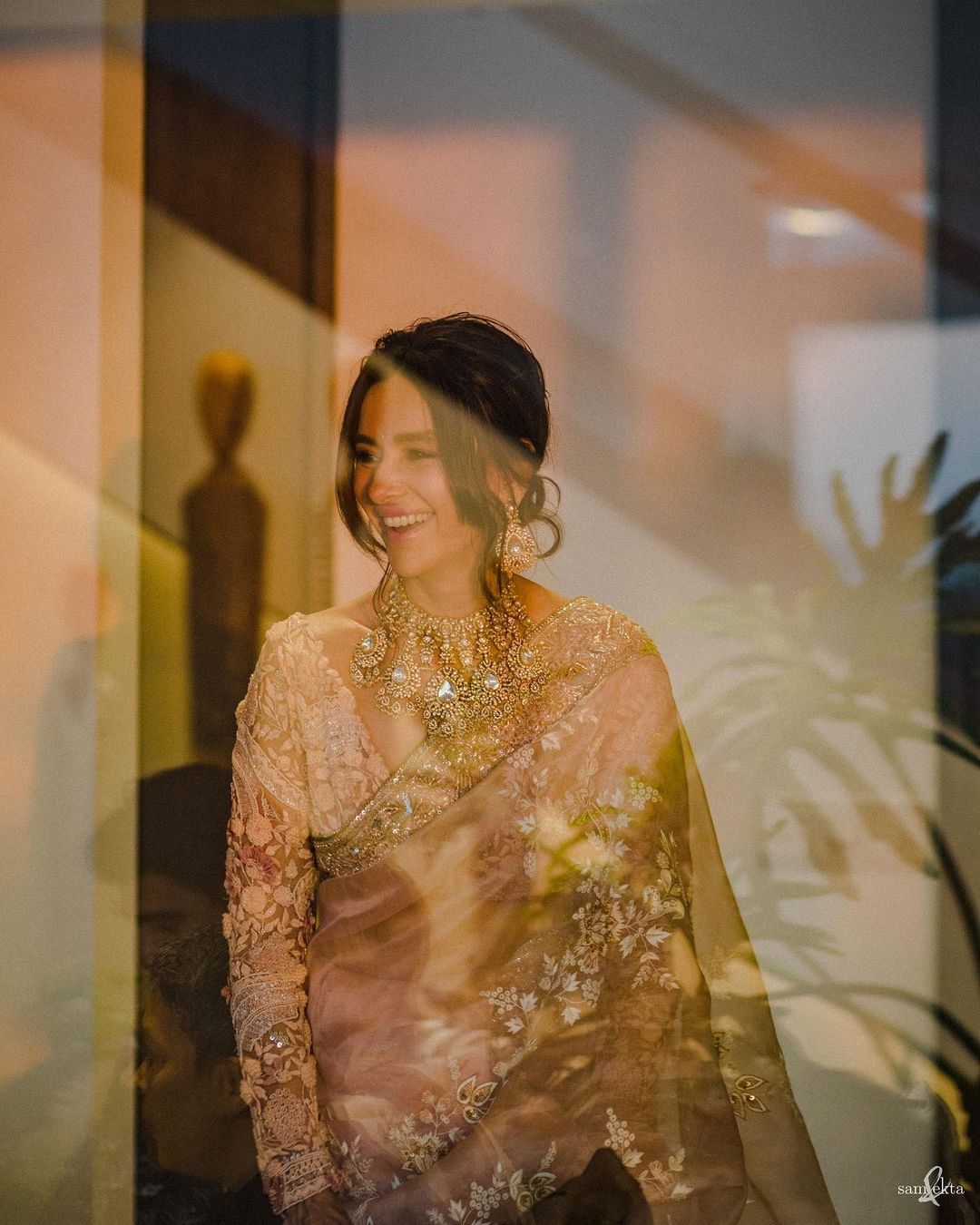 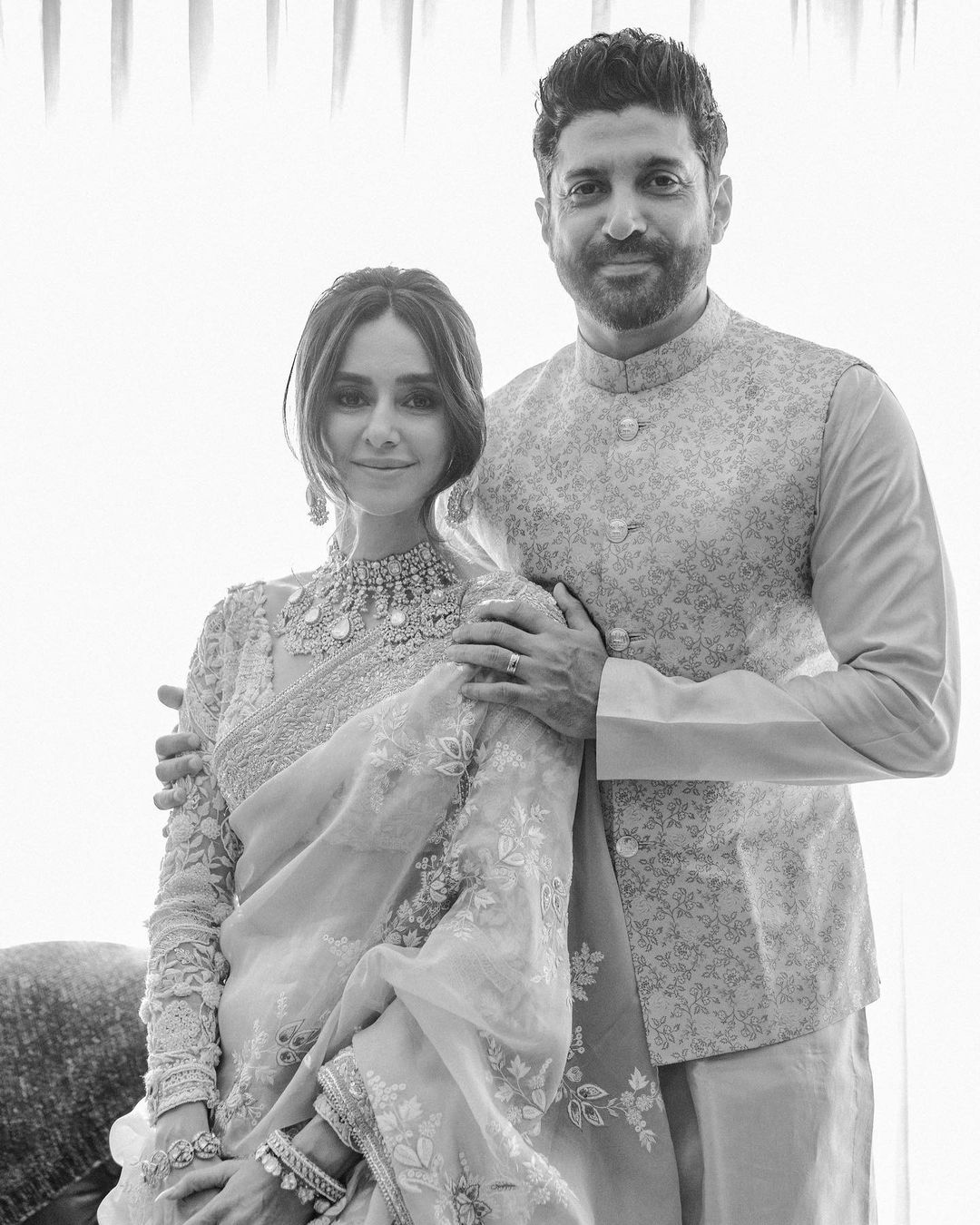 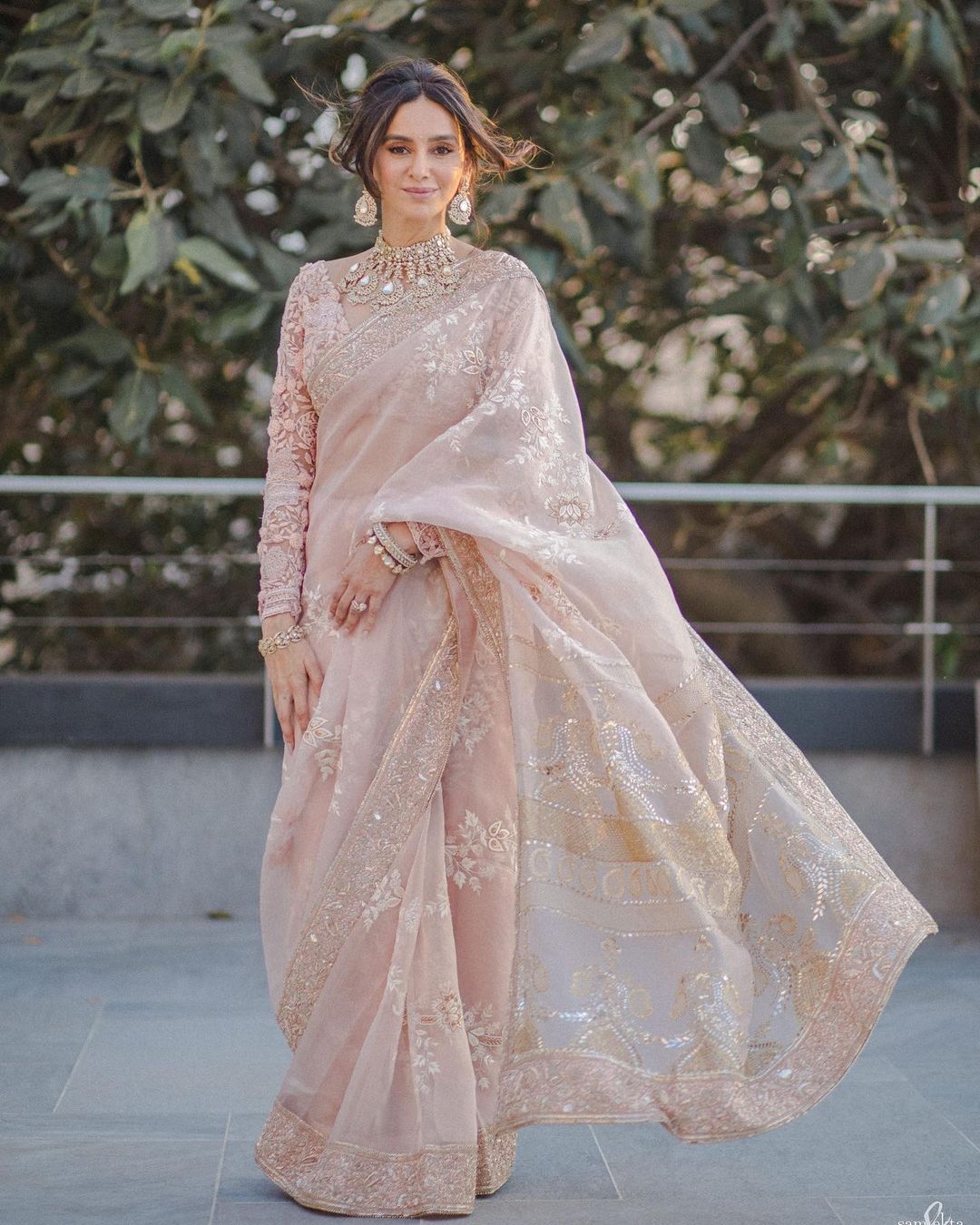 Farhan Akhtar and Shibani Dandekar had taken the plunge to get married on February 19, 2022, and since then, they have been enjoying every moment of their marital life. A few weeks ago, we found out that Shibani has changed her name on her social media platforms. On her Instagram handle, it now shows, 'Shibani Dandekar-Akhtar' and on her bio reads:

A few weeks back, we had stumbled upon an unseen picture of Shibani and Farhan's mehendi ceremony. In the candid photo, we could see the then-bride-to-be, Shibani putting henna on Farhan's hand. The couple had looked super adorable. For the ceremony, Shibani had worn a multicoloured lehenga with tassel detailing. Her look was completed with floral jewellery. On the other hand, Farhan had kept it casual. Check it out: Well, we hope Shibani keeps on blessing our feeds with priceless pictures from her wedding with Farhan! 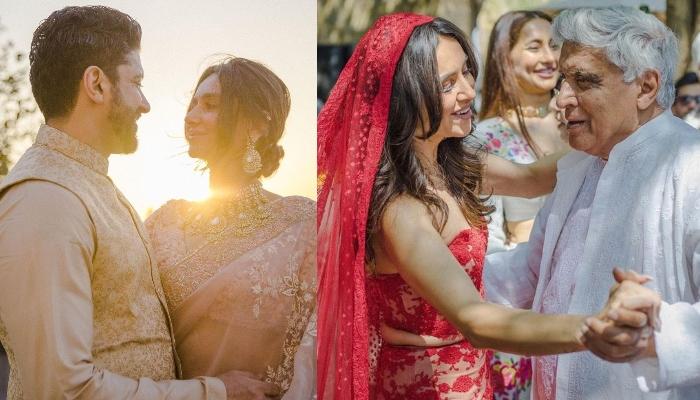 In February 2022, Farhan Akhtar and Shibani Dandekar had left everyone in awe by tying the knot in a beautiful Christian ceremony at their family home in Khandala. The wedding was a celebration of their love. While Shibani had donned a gorgeous red gown, Farhan had shown off his gentleman side in a

Farhan Akhtar And Shibani Dandekar's Wedding: Javed Akhtar Confirms, 'It Will Be A Simple Affair'