Mahatma Gandhi and Kasturba Gandhi's eternal tale of true love and how they had sacrificed their relationship for India's independence. Find out!

Every year on October 2, the whole India celebrates the birthday of Mohandas Karamchand Gandhi a.k.a., Mahatma Gandhi. The entire nation comes together to pay their respect for his selfless contribution to the fight for 'Azaad Bharat'. Whether we talk about his Dandhi Salt March or Quit India Movement, we get to see how non-violently he fought with the Britishers. While the whole world is aware of his incredible teachings, values, and messages of peace and solidarity. People are less aware of his wife, Kasturba Gandhi, who had played an integral role in his fight for India's freedom.

(Recommended Read: 5 Times When Ranbir Kapoor And Alia Bhatt Drenched Us With 'Desi-ness' In Their Traditional Outfits)

Video Of Groom Ignoring His Bride, Guests And Playing PUBG At His Wedding Is Going Viral On Internet

It was in May 1883, when 13-year-old Mohandas had tied the knot with 14-year-old Kasturba in an arranged marriage arranged by their families. At the time of their wedding, both Kasturba and Mohandas were merely kids, and it was more like a festival for them, as they weren't aware of the meaning of marriage at that time. Once Mahatma Gandhi had recalled the day of his wedding and had described it as a day full of happiness because a lot of relatives had visited them with a lot of sweets and new clothes. Well, with time the two grew up and had their first child in 1886, but sadly, the baby had died after a few days. However, in the coming years, the couple was blessed with four kids, Harilal (1888), Manilal (1892), Ramdas (1897), and Devdas (1900). 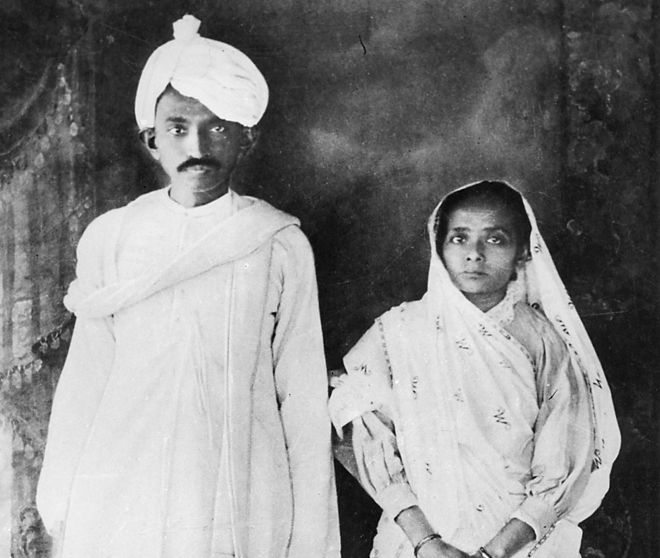 After which, Mohandas had gone to England for studying law and Kasturba had taken care of their children in India. They often used to talk by writing letters to one another, but it was a bit difficult for the doting wife because she wasn't educated enough to write and read. While Gandhi was leaving for London, it was his mother, Putlibai Gandhi, who had advised him not to go so much far for such a long time. But somehow Mohandas had convinced her and had promised her that he would abstain from alcohol, women, and meat.

Ajay Devgn And Kajol's Bungalow Worth Rs. 60 Crores: From Creamy Decor To Grand Staircases And More 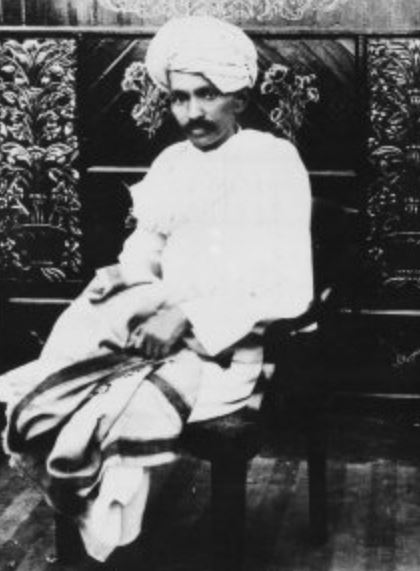 The initial years of Mohandas in London were relatively difficult as he had tried his best to inherit their way of living. However, years passed in a spin for Mohandas and when he had returned to India in 1891, he had learned that his mother had died while he was studying in London. His family had kept this news as a secret from him to keep him focused on his work. After some months of immense sorrow and grief, Mohandas had ignited himself again and had left for South Africa for assisting a big firm's lawyers in a complex legal case. Once again, the couple was separated, and it was Kasturba who had believed in Mohandas and had encouraged him to do what he had truly loved and cared for.

Dhanush And His Ex-Wife, Aishwaryaa Rajinikanth Decided To Put A Hold On Their Divorce?

Bride-To-Be, Richa Chadha Shares A Quirky Picture Of The Bar Corner From Her 'Sangeet' Night

Angad Bedi Wishes Son, Guriq On His 1st Birthday, Share An Unseen Hospital Moment After He Was Born

Aly Goni Constructs A Lavish Abode, GF, Jasmin Bhasin's Lovely Reaction To It Will Leave You In Awe

Kareena Kapoor Gets Mobbed At The Airport, Fans Hail Actress For Keeping Calm, Say 'Hats Off To Her' 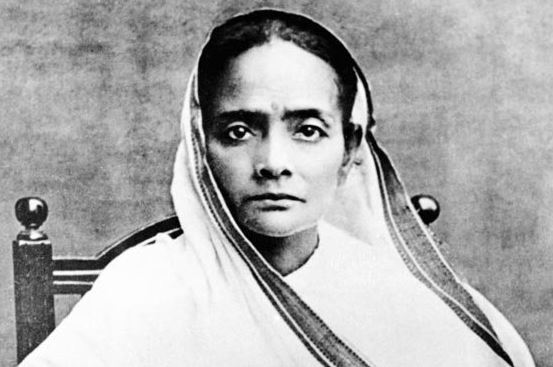 Although, Kasturba was worried about her children's relationship with their father because Mohandas had spent very little time with them, she had never stopped him from following his passion. As all she had ever wished was the happiness of her husband. While Mohandas was busy in practising his law in South Africa, Kasturba had taken care of the needs and requirements of their children. After three years in 1896, Mohandas had come back to India and had stayed for six months only to leave for South Africa for fighting for the rights of Indians, but this time he had taken his wife and children with him. 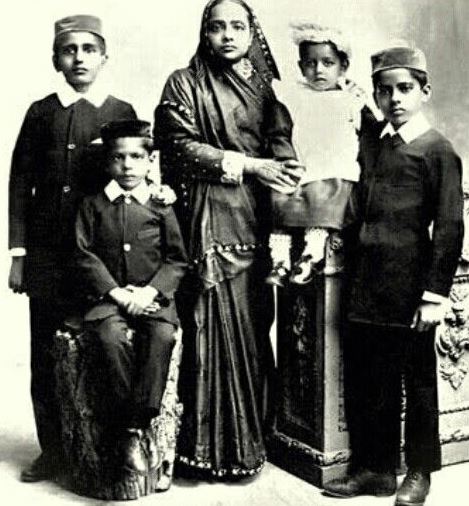 The couple had spent many years in South Africa, and that's when their relationship had blossomed and transformed. While Kasturba was slowly and steadily had understood Gandhi ji's work, the doting husband had always encouraged his wife and had helped her in adjusting with the codes and conducts of the African state. Famous writer, Aparna Basu had talked about a lot of things in her book, Kasturba Gandhi, the larger than life shadow of Mahatma Gandhi. The author had revealed,

"She had great courage, both physical and moral as can be seen from the grave illnesses she suffered and overcame, the hardships of her early days in South Africa and during her imprisonments. In fact, she was a source of strength to her fellow women prisoners and husband." 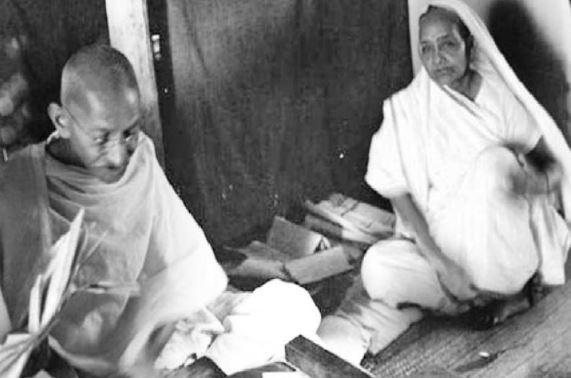 When the two had come back to India, they had decided to sacrifice their entire life in the fight for India's freedom. While Mahatma Gandhi had travelled across the country, Kasturba had ignited a new wave of fire in the minds of women and had encouraged them to prove the mettle of their strength to everyone. Mahatma Gandhi had also spoken about his wife's immense contribution in his life in his autobiography, An Autobiography: The story of My Experiments with Truth and how she had sacrificed her own life in nurturing his. Gandhi ji had written,

"According to my earlier experience, she was very obstinate. Despite all my pressure, she would do as she wished. This led to short or long periods of estrangement between us. But as my public life expanded, my wife bloomed forth and deliberately lost herself in my work."

(You May Like: Huge Age Gap, A Broken Marriage, 2 Kids: Shikhar Dhawan Defined True Love As He Married Ayesha) 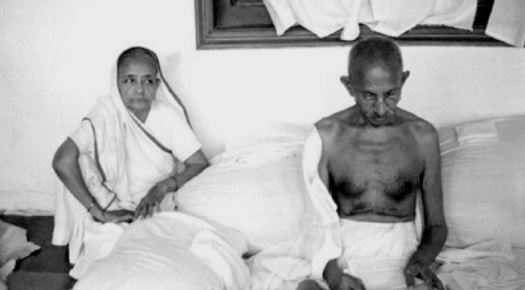 The love and respect that Kasturba had for her husband, Mahatma Gandhi in her heart is simply incredible as she had always supported him and had fought shoulder-to-shoulder with him in India's freedom fight. However, Kasturba Gandhi had breathed her last on February 22, 1944, on her husband's lap at the Aga Khan Palace Detention Camp. The demise of Kasturba was heartbreaking for her husband, Gandhi ji, who had shared 62 years of companionship with her. While her pyre was burning, someone advised him to go inside the camp and have some rest. On which, Bapu had replied,

"This is the final parting, the end of 62 years of shared life. Let me stay here till the cremation is over!" 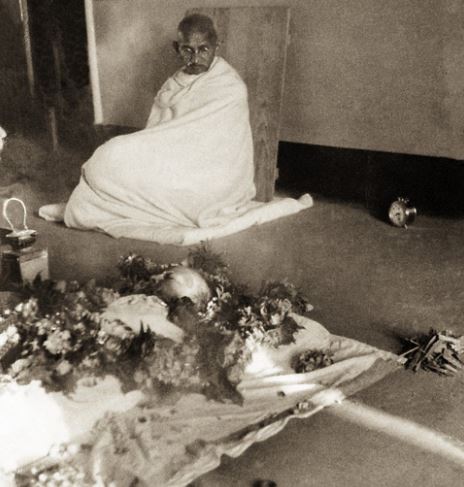 In his autobiography, An Autobiography: The story of My Experiments with Truth, Gandhi ji had talked about his wife with huge respect and had clearly stated that by no means his wife was behind him in any sense. He had stated,

"I cannot imagine life without Ba. If anything she stood above me. But for her unfailing co-operation, I might have been in the abyss… She helped me to keep wide awake and true to my vows. She stood by me in all my political fights and never hesitated to take the plunge. In the current sense of the word, she was uneducated; but to my mind, she was a model of true education." 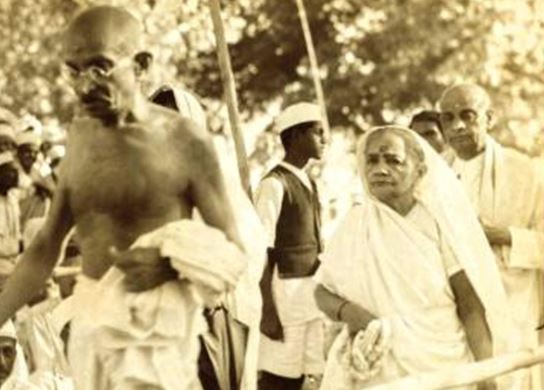 Gandhi ji had also praised his wife for saving his life by not shedding a tear and showing her immense belief in him. He had stated,

"She personified the Kasturba Gandhi ideal of which Narsimha Mehta has sung in Vaishnavajana hymn. There were occasions when I was engaged in a grim wrestle with death. During my Aga Khan Palace fast, I literally came out of the death's jaws. But she shed not a tear, never lost hope or courage but prayed to God with all her soul."

Both Mahatma Gandhi and Kasturba Gandhi had shown everyone that there's no greater power in this world than 'true love' and with it, you can win anything in your life. 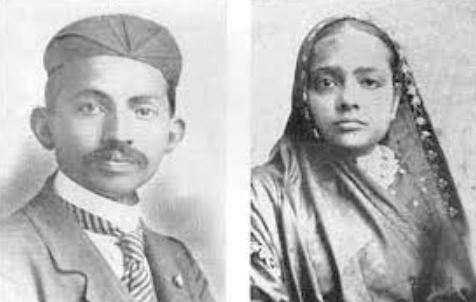 Share your thoughts on Mahatma Gandhi and Kasturba Gandhi's love story with us!

Gandhi Jayanti: When Mahatma Gandhi Got Angry With His Wife, Kasturba Gandhi For Just 4 Rupees 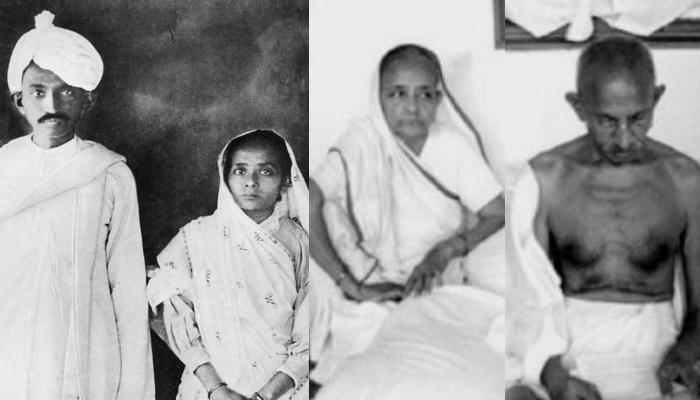 October 2, 2022, marks the 150th birth anniversary of the Father of the Nation, Mohandas Karamchand Gandhi a.k.a., Mahatma Gandhi. This day, the entire nation relives the sacrifices of the legendary hero for his selfless contribution during the fight for 'Independent India'. From his valuable teachings and down-to-earth lifestyle to worldwide famous movements

Ajay Devgn And Kajol's Bungalow Worth Rs. 60 Crores: From Creamy Decor To Grand Staircases And More